Social media and digital tools are great for both finding and sharing images online. We’ll cover two types of image tools; online photo storing and sharing sites such as Flickr that allow you to upload lots of your own photos, and sites like Instagram that are designed for sharing rather than storing.

Flickr and other photo storage sites
Online photo sharing sites have numerous advantages over keeping photos on your hard drive (although they are not without disadvantages and shouldn’t be considered foolproof storage). They make it easy to share pictures and give you additional features for organization such as tags and search. This has benefits for both the photo owner and those of us who want to view or use images. Access controls let you control who can see or download which photos, and licence controls let the owner feel more secure about sharing images while users can feel comfortable downloading them. 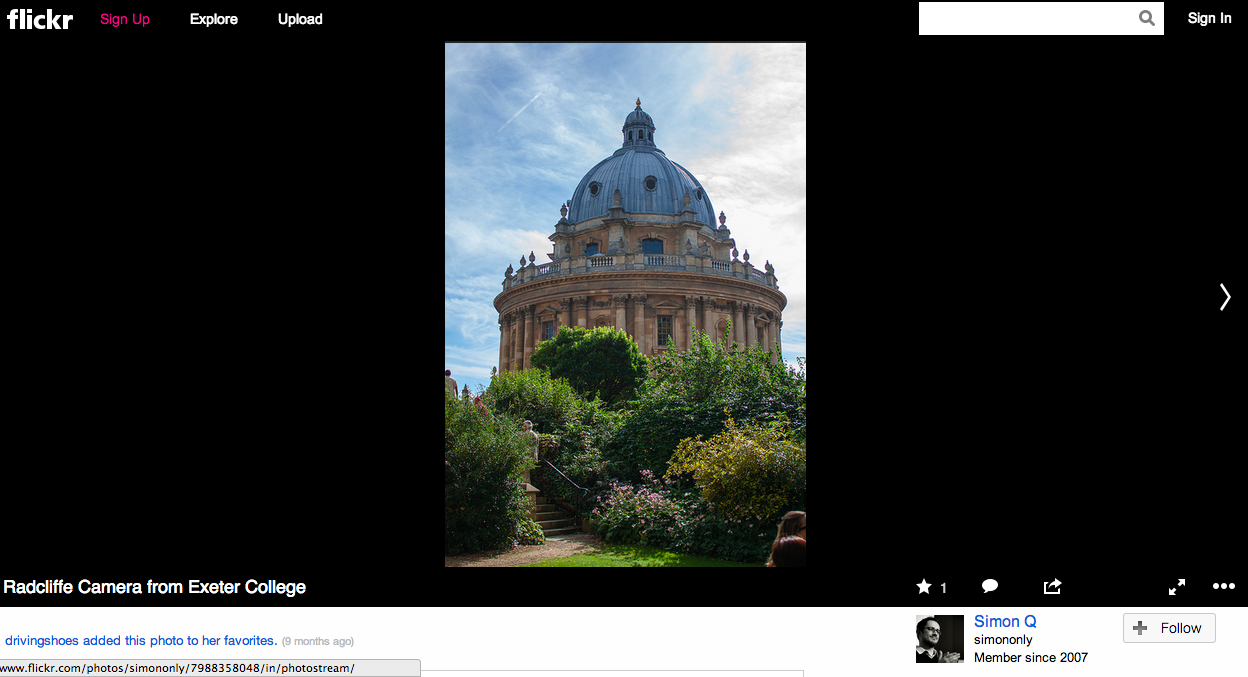 In addition to sites that let you upload and organize your images, there are also apps and tools that are designed for ‘one off’ sharing. Instagram, for instance, lets you share photos and 15-second videos straight from your phone or tablet, edit them with filters and captions, and share immediately with your followers (Vine also lets you share short videos). Take a look at the way American universities are using Instagram for some inspiration, explore the great things museums like the Smithsonian are doing with Instagram or think about the ways students could use Instagram to show the work they’re doing.

If you’re interested curating images online rather than sharing your own, you might try using Pinterest, which allows you to ‘curate’ images – both those you upload and those you find online. It’s essentially an online bulletin board and can be great both as a personal tool for remembering images and bookmarks and as a tool for sharing links.