Social media and digital tools are great for both finding and sharing images online. Online photo sharing sites have numerous advantages over keeping photos on your hard drive (although they are not without disadvantages and shouldn’t be considered foolproof storage). They make it easy to share pictures and give you additional features for organization such as tags and search. This has benefits for both the photo owner and those of us who want to view or use images. Access controls let you control who can see or download which photos, and licence controls let the owner feel more secure about sharing images while users can feel comfortable downloading them. 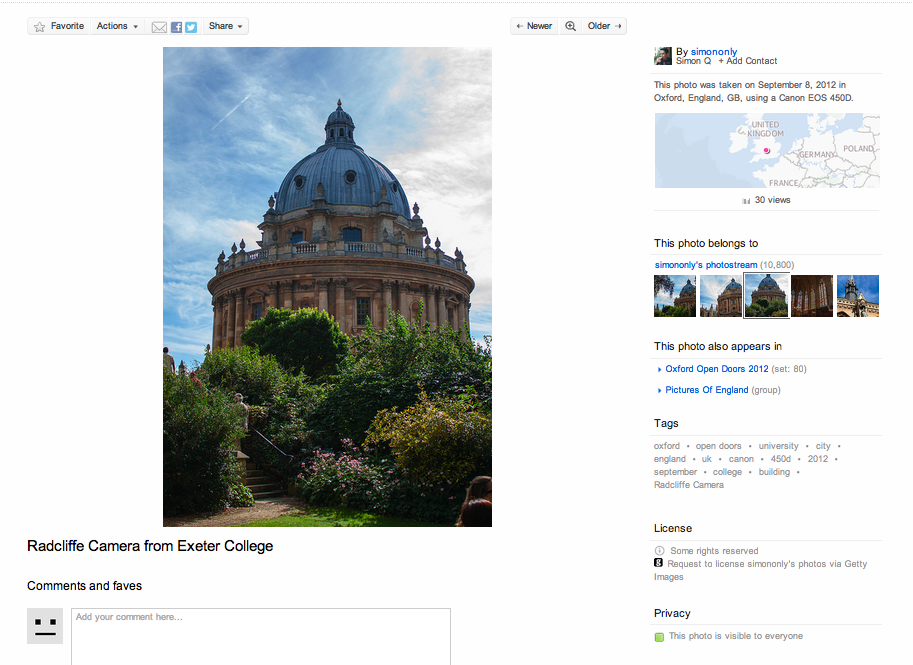