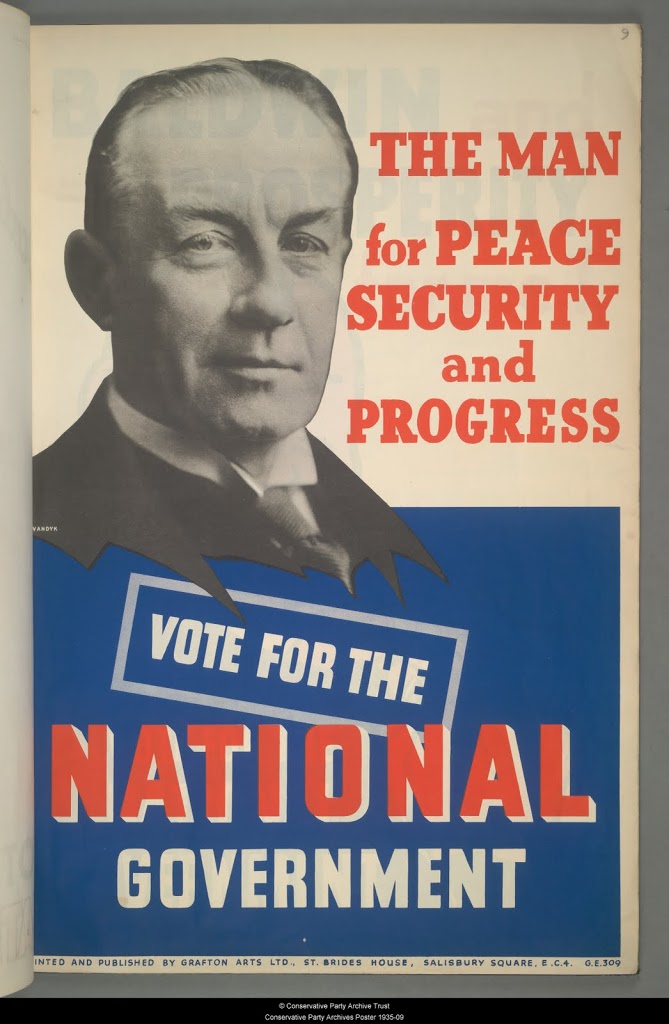 The 1931 election (see our Election Day post) saw the Conservatives join Ramsay MacDonald and various other factions to form the all-party National Government, with MacDonald as Prime Minister and Baldwin as Lord President of the Council, the de facto second in command. Baldwin’s prominent role and obvious influence provided the Conservatives with some assurance that they would not be sidelined in the coalition government, while his non-partisan approach assuaged fears from non-Conservatives. By the mid-1930s, however, Baldwin was forced to take more and more executive responsibility as MacDonald’s health faltered

In 1935, MacDonald – viewed as ineffective in the face of debate over disarmament and Nazi threats – agreed to let Baldwin step into his position. On 7 June 1935 – 75 years ago today – Baldwin and MacDonald officially exchanged places, Baldwin beginning his third and final term as Prime Minister at the age of 67. 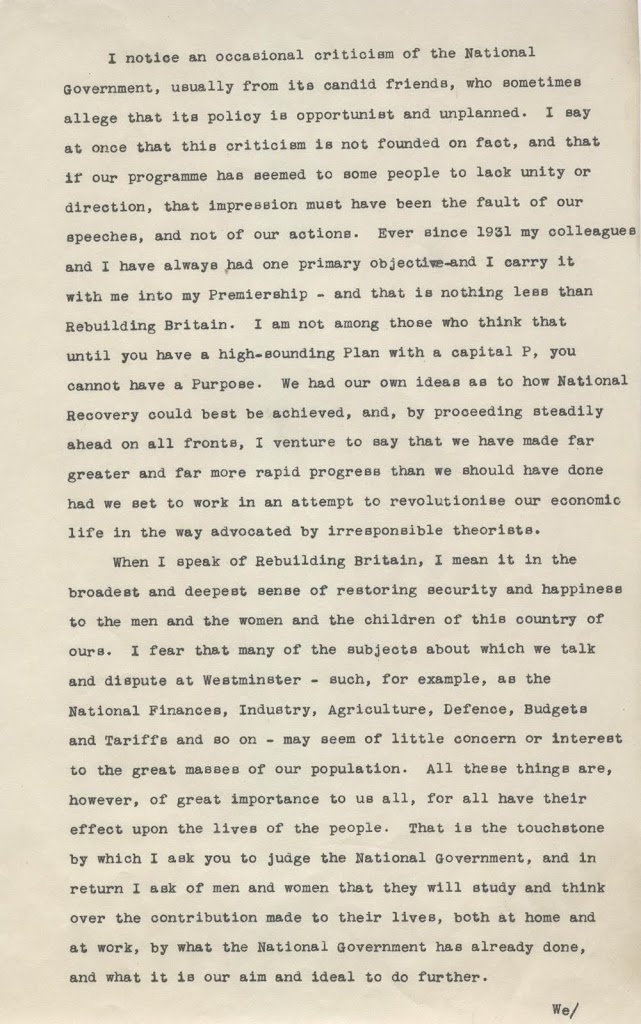 …and the draft version [both CRD 1/8/1].
After a successful first few months, Baldwin called and proceeded to win a General Election that autumn. 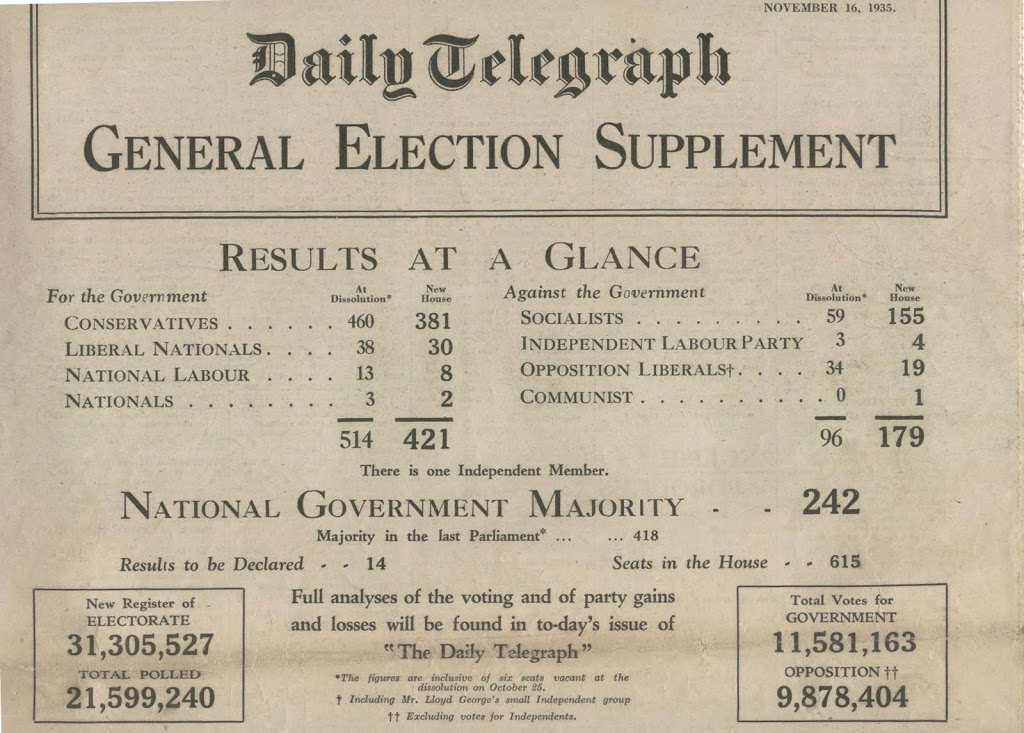 Election day results, 16 November 1935 [CRD 1/7/33]
He remained Prime Minister until 1937, weathering rearmament in the face of growing German strength, the abdication of Edward VIII and the build-up to World War II.