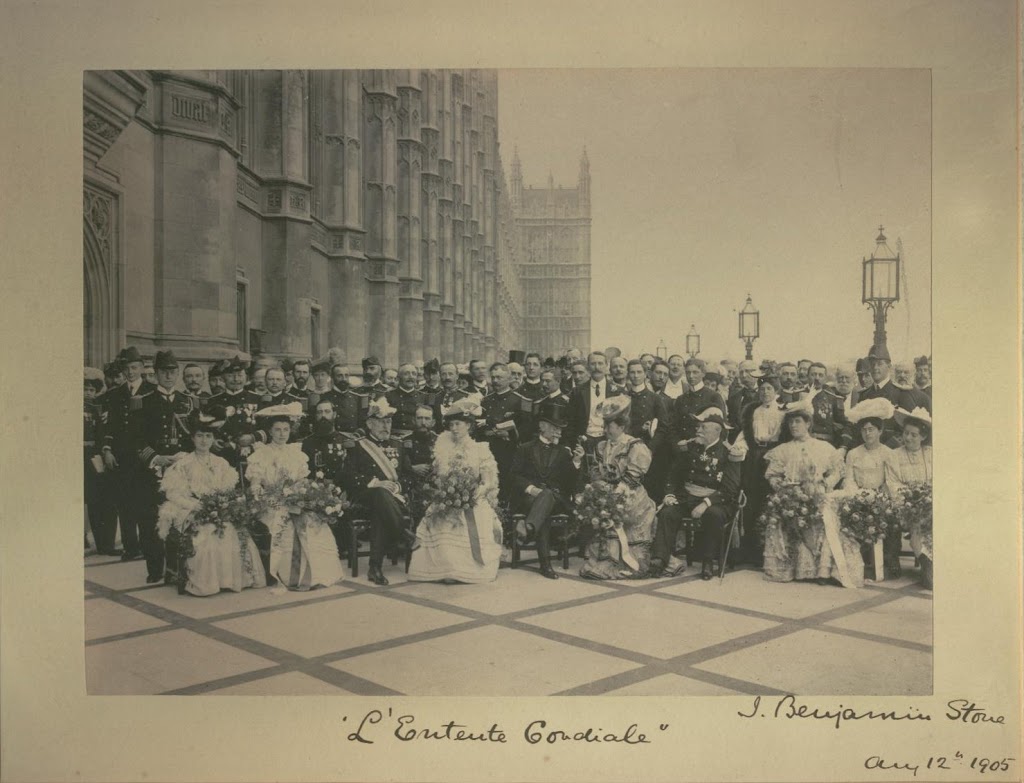 The August 1905 ‘L’entente’ party, made up of French dignitaries visiting the UK to celebrate the agreement. Note President Emile Loubet (bottom left, with sash) and King Edward VII (front right, without sash).
[from CPA Photo Collection]

Recent news has been full of the possibility of a cooperative military agreement between the United Kingdom and France – one that could lead to sharing naval resources. Critics abound, but the project does have its roots in over a hundred year of entente cordiale, albeit one punctuated by disagreements and occasional suspicion.

According to the OED, entente cordiale was first used in the 1840s to denote the developing working relationship between the French and the English. By 1904, the term had come to mean something much more distinct. On 8 April of that year, the United Kingdom and the French Republic signed a ‘Declaration between the United Kingdom and France Respecting Egypt and Morocco’, ostensibly ending centuries of conflict between the two nations. The agreement was engineered by British Foreign Secretary Lord Lansdowne and Paul Cambon, the French ambassador in London, with support from King Edward VII.

The document and the series of agreements that followed were constructed to resolve disputes over territory and trading rights in North Africa, the Far East and Canada. These disagreements, which almost led to outright war in 1898 (the ‘Fashoda Incident’), built upon hundreds of years of near-constant conflict between the two countries. After the Battle of Waterloo, however, the nations had begun to build a closer friendship, though one that was not without short spats and the problems of industrial and colonial competition. The Bodleian holds the papers of Sir Edmund Monson, the British Ambassador in Paris in 1904, and researchers may find much of interest in his material regarding the entente.

The series of documents produced in 1904 served to further solidify a cooperative relationship, and they later emerged as part of the Tripartite entente between the UK, France and Russia. In 1912, the Anglo-French Naval Agreement set out guidelines for further collaboration between the two nations, spurred in part by fear of Germany’s growing naval power. These relationships helped to encourage – although they did not necessarily require – British support of France in World War I.

Following the Great War, a tenuous but working relationship remained intact. Britain and France were WW2 allies, but their relationship was punctuated by moments such as the UK’s 1940 bombing of the French fleet in Algeria. The entente remains in place today (in fact, the British Council offers ‘entente cordiale scholarships’ to British students studying in France), and 1998 saw another agreement for increased military cooperation. In 2004, the government celebrated the agreement’s centenary, solidifying what has been since called both an entente amicable and an entente formidable. 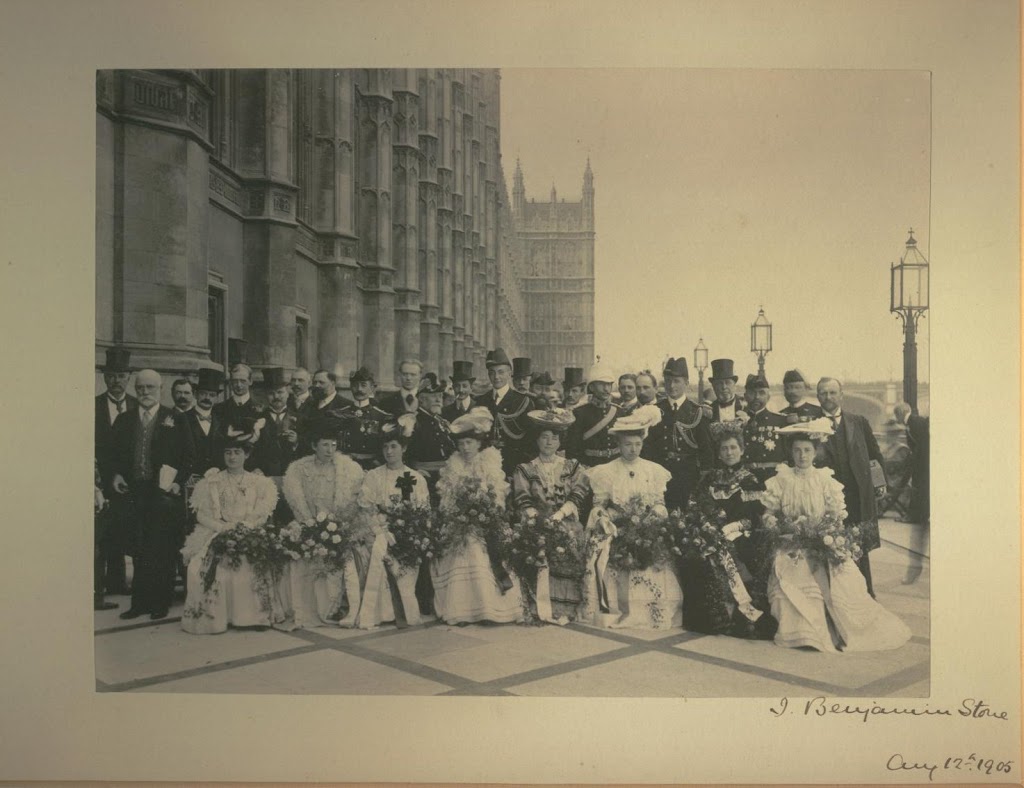 Further photographs of l’entente celebrations in 1905, taken outside the House of Commons.
Photographs may not be used without permission from the Conservative Party Archive Trust.