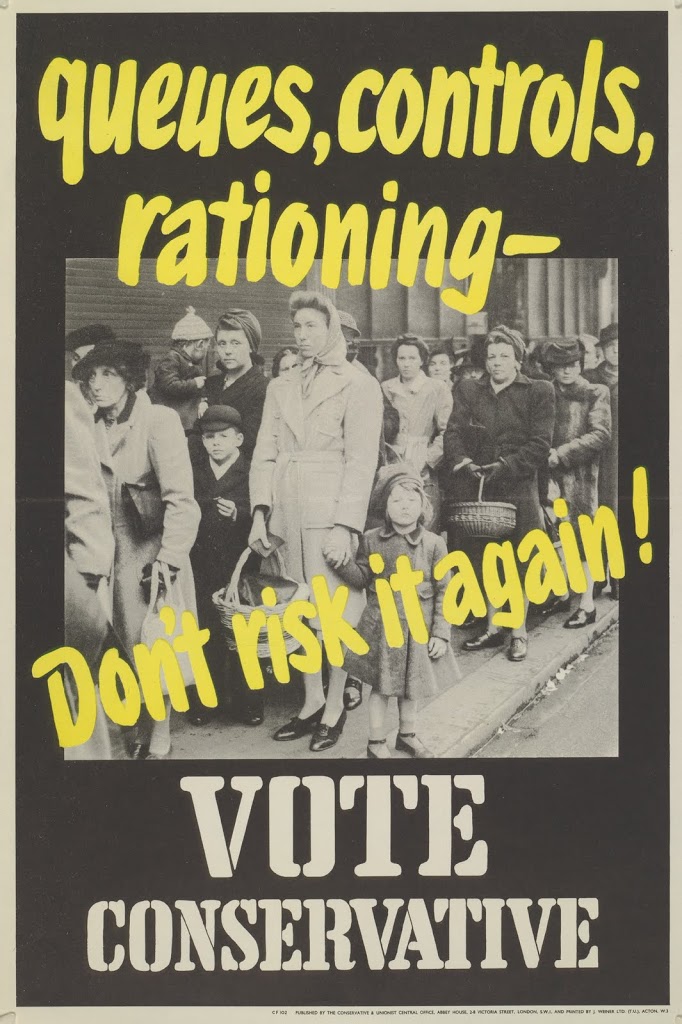 Gone are coupons, counterfoils, ration periods, registrations, and all the paraphernalia of Food Office rule. Here at last is the ‘Victory Day’ for housewives, wistfully anticipated by Dr. Edith Summerskill when she was at the Ministry of Food in 1946. Under a Conservative Government scarcity has been replaced by abundance, austerity by variety, restriction by choice, and frustration by freedom.

At midnight on 3 July, the rationing limits initiated in January 1940 finally ended. Members of the London Housewives Association held a ceremony in Trafalgar Square to commemorate the occasion, while Minister Geoffrey Lloyd burned his ration book.

Rationing began in the UK on 8 January 1940 with limits on butter, bacon and sugar. Wartime efforts – including the North Sea blockade – made it difficult to ensure the availability of certain everyday provisions. Petrol had been rationed since 1939, and button and bacon were soon followed by meat, tea, eggs, sweets and more. By the end of the war, most common foodstuffs were limited as well as clothing, cigarettes and other necessities. Ration books (click here for examples) were issued to all citizens based on age and status (pregnant mothers, for instance, were often granted higher rations). 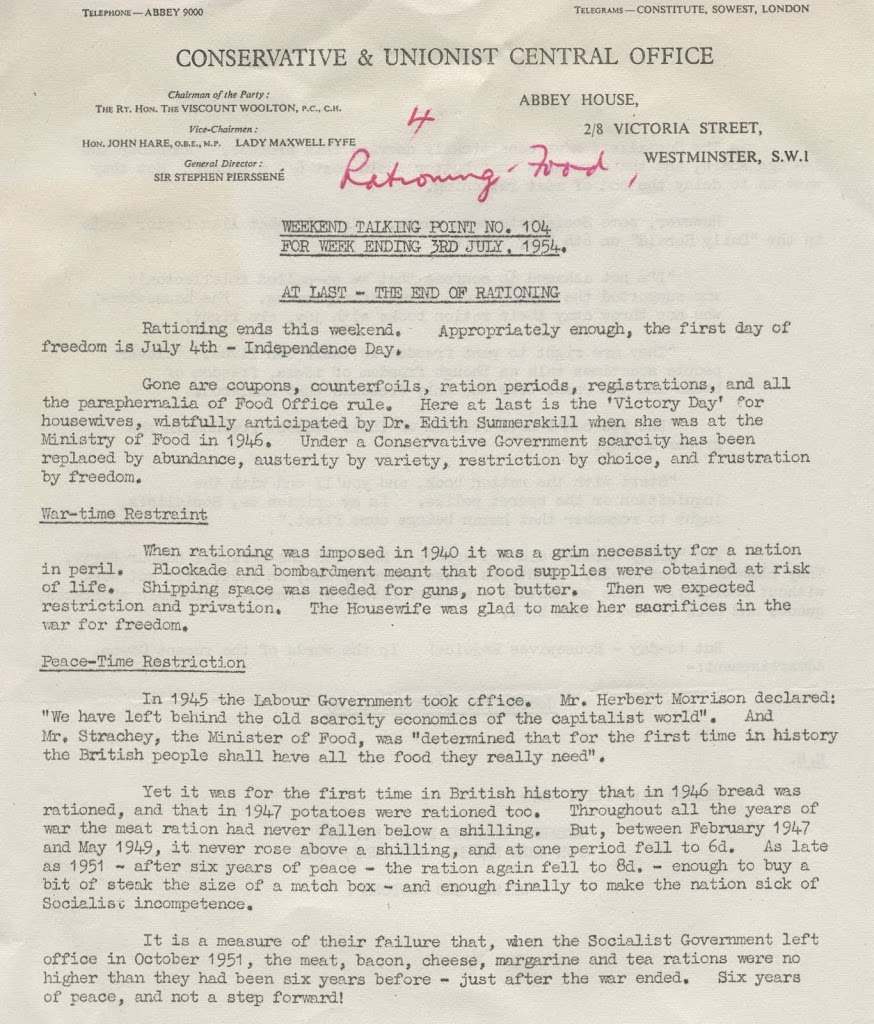 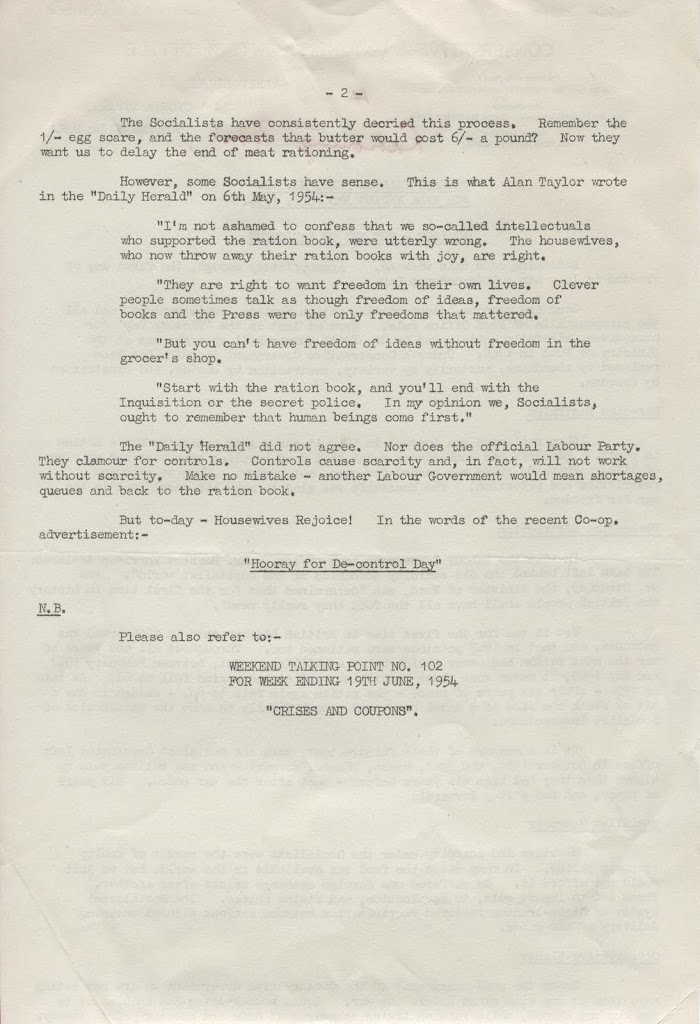 Citizens were encouraged to do their part on the ‘Kitchen Front’ and grow their own food; price gauging and unlawful rationing were subject to heavy fines. Nevertheless, people quickly tired of shortages. Rationing continued post-war as industrial action and rebuilding efforts in Europe disrupted the food supply. The Conservatives’ 1950 general election manifesto urged the end of rationing, which they portrayed as an effect of a Socialist government and ‘incompetence.’  Following a Conservative return to power in 1951 and the stabilization of the European economy, rationing was slowly phased out; meat was the last product to become freely available.