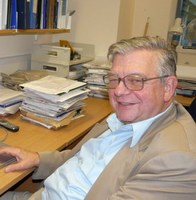 In 1992, in an answer for a Daily Telegraph questionnaire, the eminent geneticist, and then Director-General of the Imperial Cancer Research Fund, Sir Walter Bodmer identified his chosen last words as, ‘To my wife: please do not shred all my papers!’.

His concern to retain his papers is commendable and the resultant archive, which has just been boxlisted by archivists Tim Powell and Adrian Nardone, is huge: over 2,000 archive boxes.

As the size of the archive indicates, Sir Walter kept good records of his activities and the collection documents nearly all aspects of his career, from schooldays at Manchester in the early 1950s to his recent research at the Weatherall Institute of Molecular Medicine.  It includes voluminous documentation of areas of research and activities with which Sir Walter is particularly associated: research and publications into HLA and immunogenetics, cancer research, his Professorship of Genetics at Oxford 1970-1979, and terms as Director of Research and Director-General of the Imperial Cancer Research Fund 1979-1996. Other major responsibilites included his presidency of HUGO – the international human genome organization, chairmanship of the Board of Trustees of the Natural History Museum and chairmanship of the National Radiological Protection Board. 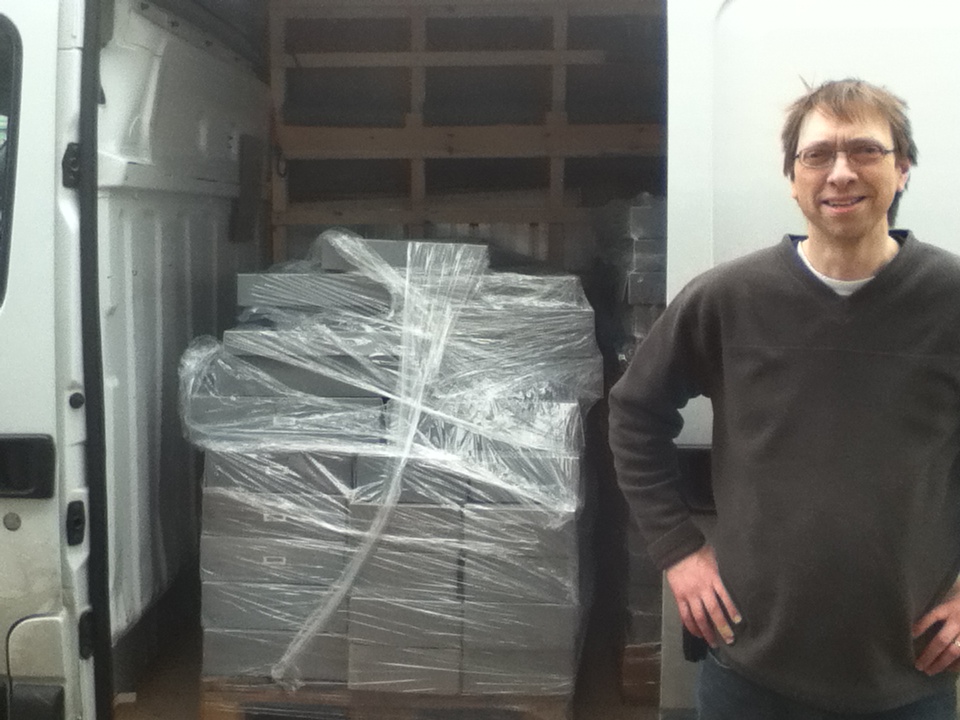 Dr. Tim Powell with the last van load of papers

A notable feature of the archive is that Sir Walter retained many manuscript notes, often simple jottings on slips of paper, recording meetings, his views on a wide range of subjects, actions to be done, and so on.  This is the sort of material that rarely survives in any quantity in an archive, as it is usually treated as ephemeral by the creator.  Furthermore, Sir Walter would often annotate letters, reports and other documents received, giving his views, often expressed succinctly and bluntly – ‘Nonsense’, ‘Rubbish’ – on what he was reading.  These features  enhance the value of an already important archive.
It hardly needs to be said that the Bodmer archive is of key importance for the history of genetics.  However, the importance of this archive goes beyond genetics and even biomedicine.  It documents an extraordinarily wide range of interests and concerns and reflects the level at which Sir Walter operated.  He made major contributions to national science policy, extending public interest and understanding of science, and international cooperation in science.