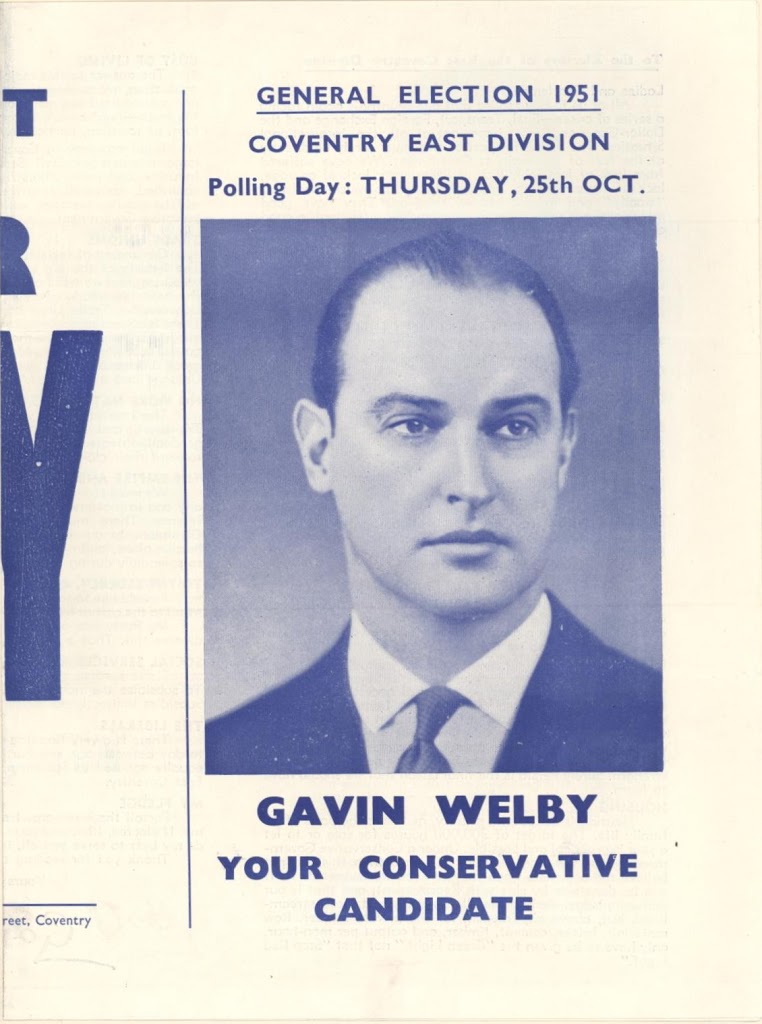 On Saturday, the Telegraph published an article on Gavin Welby, father of the next Archbishop of Canterbury Justin Welby. Although the article focuses largely on his past marriages and alcohol dependency, it does in fact have links to the Conservative Party Archive. The article mentions libel charges brought against Gavin Welby; he was the Conservative Candidate for Coventry East in 1951, and was accused of libel by his Labour opponent, Richard Crossman. Crossman had been misquoted in a pamphlet produced by the local Conservative agent; the pamphlet claimed he said, ‘Labour is not fit to govern the country when it so palpably mismanaging its own internal affairs’. 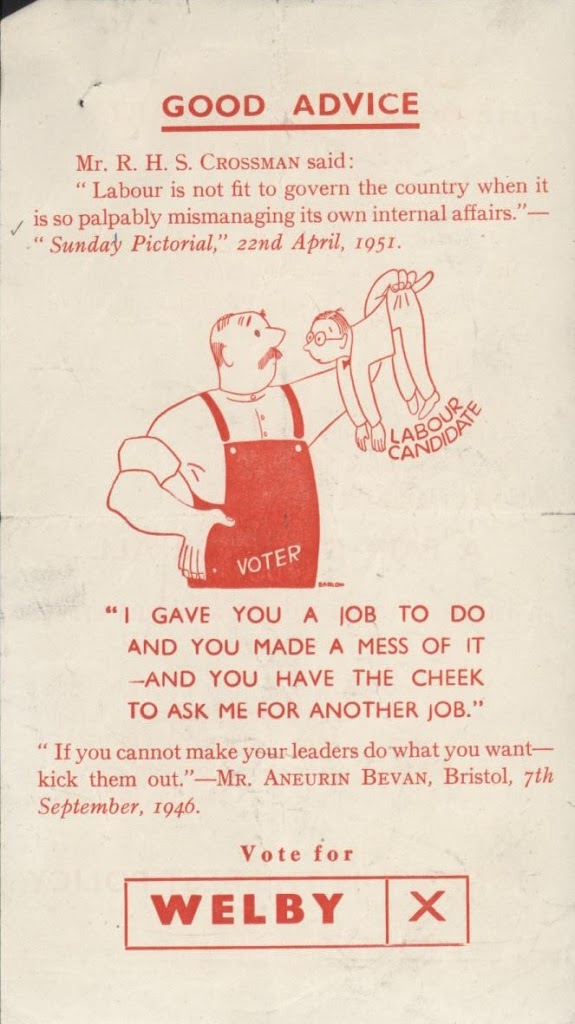 Although the writ for libel was brought against Welby, it appears that he had not actually seen the quotation in the pamphlet before it went to press. 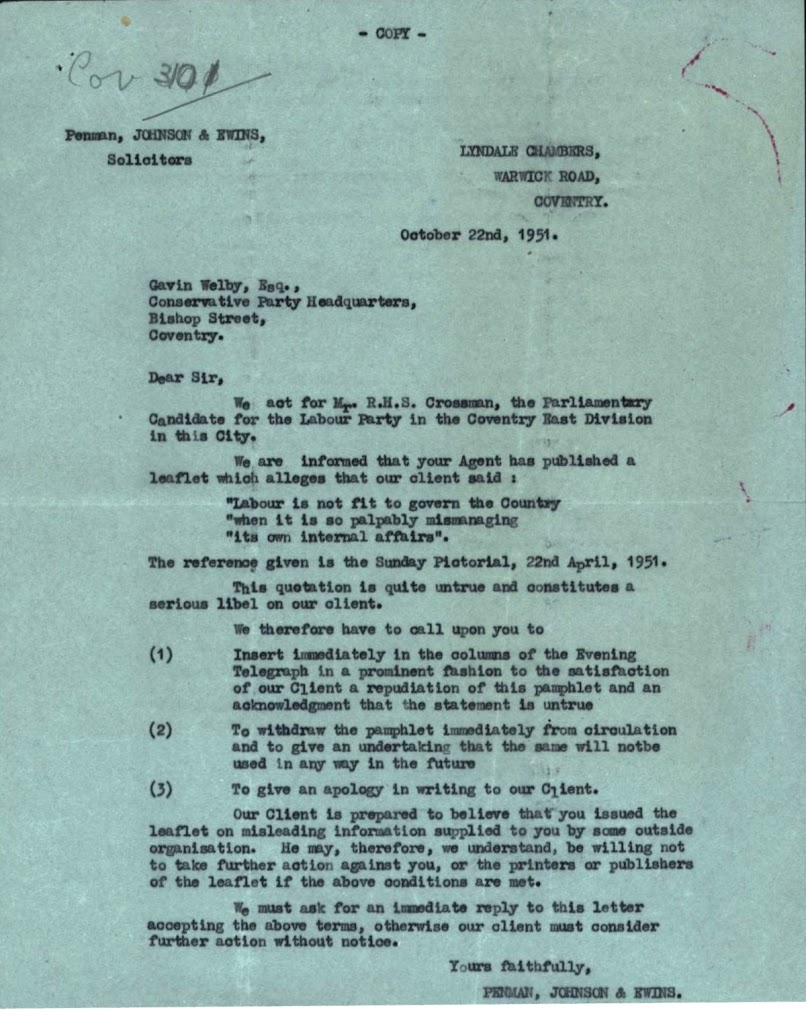 The pamphlet was printed but not distributed, and Welby made an apology to Crossman and published it in the local paper. Crossman withdrew the writ.