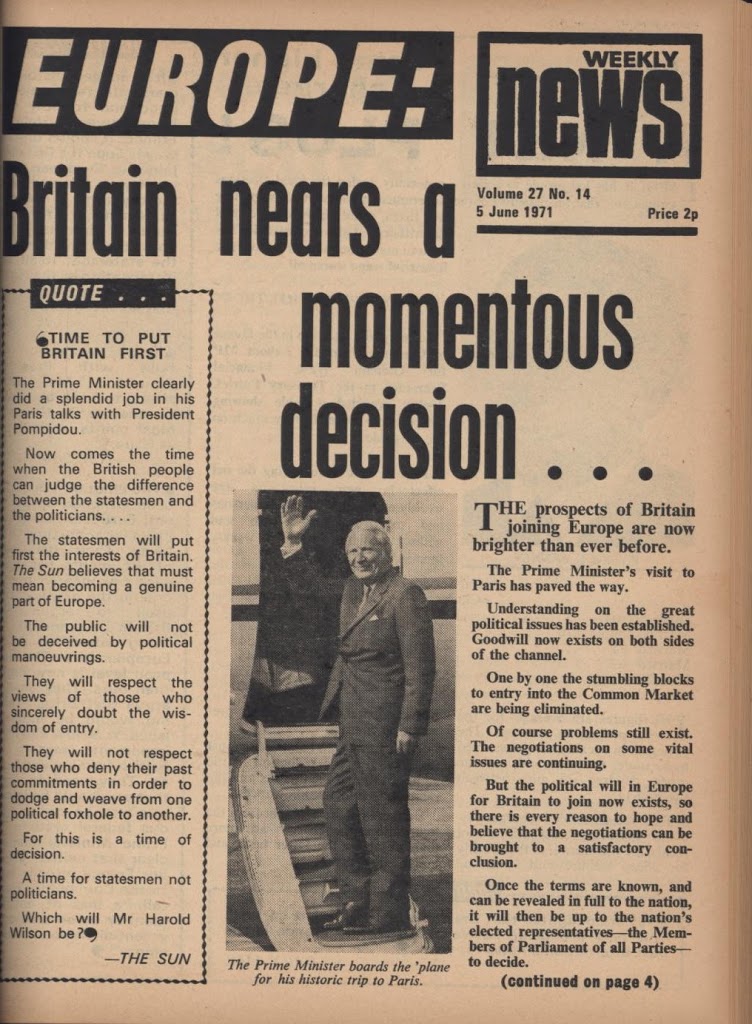 On 1 January 1973, after decades of discussion and frustration, the United Kingdom became a full member of the European Economic Community.

The successful application was a long time coming. The UK had applied for membership in 1963 and 1967 but had been rejected – largely due to the hesitance of Charles de Gaulle, the French president.

When Edward Heath became Prime Minister in 1970, he continued to press for membership. In July 1971, Heath told a Central Council meeting, ‘We believe, as we stated in the White Paper, that our people will be more prosperous, our economy and our industries stronger as a result of joining the European Communities’. In fact, 1971 became a year of much discussion and consultation, from the launch of the Government’s White Paper to the vote at the Party Conference in October – the Party’s Weekly News called it ‘the summer of the Common Market. Of the great debate’ (PUB 193/23). Party members, the Opposition and the public all had many questions about what EEC membership would mean for the UK. Heath’s Central Council speech was met by no fewer than 29 detailed questions from the audience, and the Conservative Party Archive holds reams of correspondence about terms of membership, debates over the possibility of a referendum and discussion of Conservative policy. Heath stopped short of holding a referendum, however; the UK did not hold a public vote on the EU until 1975.

On 1 January 1973, newspapers nationwide celebrated the work Heath did in bringing the UK into the EC, and the Union Jack was raised in Brussels to celebrate the occasion. Over the following months, however, the Conservatives – and indeed, the UK political body as a whole – turned to the practical issue of working as a part of the EEC government. 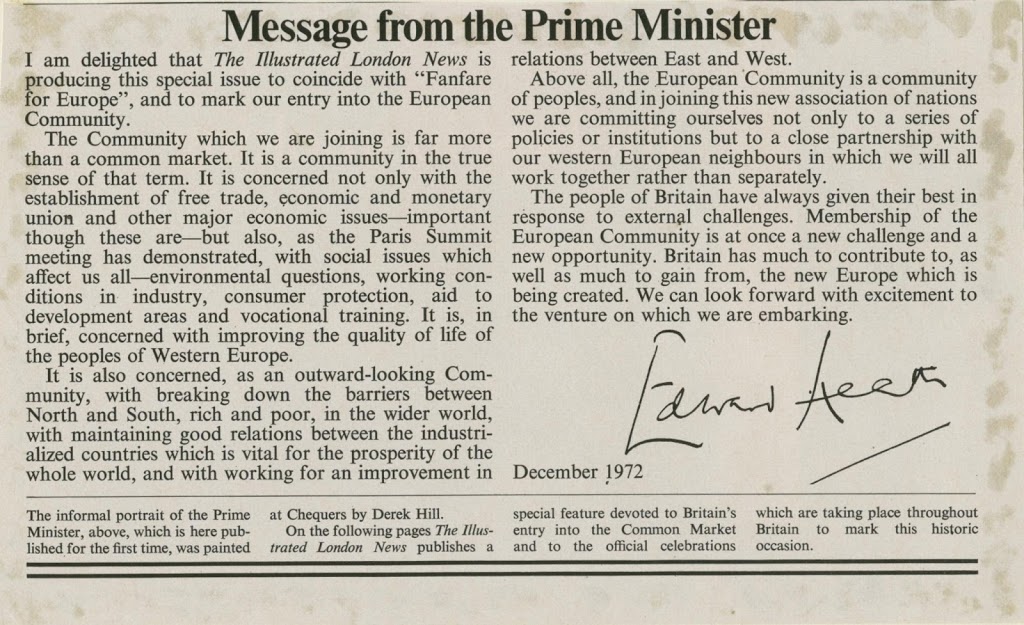 This was no small matter; the UK sent upwards of 1,000 civil servants to Brussels, and the Conservative Party Archive’s papers explore the negotiations and practicalities of EEC participation. The CRD, for example, proposed that its role in relation to European Parliament should be as a source of political advice as well as a liaison between backbench members and MEPs (CRD 4/22/8). Central Office explored direct elections throughout the 1970s (CCO 20/32) and debated the possibility of a referendum. British MEPs joined those from Denmark to form the European Conservative Group – later the European Democratic Group – on 16 January 1973, and some of the group’s working papers can be found in CCO 508.

The UK’s membership in the European Union remains a subject of discussion and often debate. As Cameron’s government explores the possibility of an EU referendum in coming years, the history of the UK’s membership and previous votes, the CPA provides much fodder for those interested in Conservative policy and position toward the EEC/EU. Though recent files are closed, those up to 1982 provide a rich perspective on the UK’s first few years in Europe.