In this 60th anniversary year of Hillary and Tenzing’s successful ascent of Everest in 1953, The Conservative Party Archive looks back to an attempt made 20 years earlier, which was publicised in the May 1933 issue of The Imp.

In May 1933, Hugh Ruttledge, then a 43 year-old with a long career in the Indian Civil Service was chosen to lead the first British attempt on the mountain since the ill-fated expedition of Mallory and Irvine in 1924 which had cost both men their lives. The Imp was the monthly newsletter of the Junior Imperial League – the Conservative Party’s youth wing which was re-modelled after the War as the Young Conservatives.

Interestingly, Ruttledge, who went on to lead a second attempt on Everest in 1936, had rejected Tenzing Norgay for the Sherpa team which accompanied him. 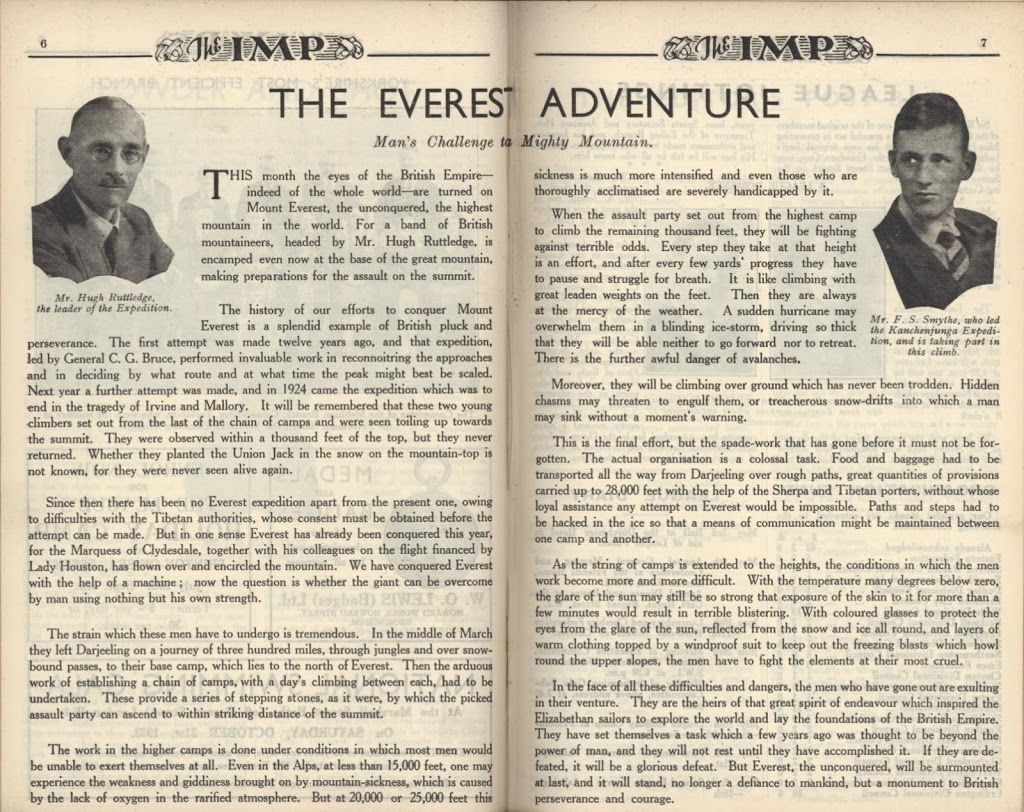 [The Imp and the records of the Junior Imperial League from its creation in 1906 until its reorganisation as the Young Conservatives in 1946, are held in the Conservative Party Archive, at the Bodleian Library, Oxford]