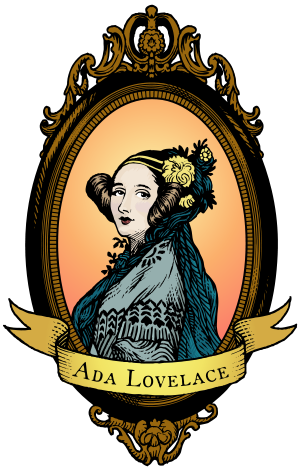 On Tuesday 15 October, IT Services and the Libraries celebrated Ada Lovelace Day by hosting a Wikipedia editathon focused on women in science. The event was a success, with over 20 participants and  coverage in national newspapers. Ada Lovelace is widely held to have been the first computer programmer, and Ada Lovelace Day aims to raise the profile of women in science, technology, engineering and maths (STEM) by encouraging people around the world to talk about the women whose work they admire. This annual day of celebration helps people learn about the achievements of women in STEM, inspiring others and creating new role models for young and old alike. A Wikipedia editathon celebrates the spirit of Ada Lovelace Day by helping people learn about the  contribution of individual women to the world of science, and the aim of our editathon was to add to and improve the coverage of individuals, events and resources related to women in science. The afternoon kicked off with a welcome from Dame Jocelyn Bell Burnell, an Oxford astrophysicist who discovered the first radio pulsars. This was followed by a short training session by the Jisc Wikimedian Ambassador, Martin Poulter, who taught new editors the basics and gave them a bit of background on Wikipedia culture.

Once his training was over, Martin sent participants straight to their computers to get started. We had a small group of Wikipedia helpers who wandered the room, offering assistance where needed, but many editors were content to jump straight in, using reference books and resources provided. We had provided a short list of suggestions, including a number of Oxford-related women, and by the end of the day entries had been created for Margaret Jennings (one of the members of the penicillin team working under Howard Florey), Audrey Arnott (a medical illustrator working with Hugh Cairns), Mabel Purefoy Fitzgerald (a physiologist), Antoinette Pirie (who worked with Ida Mann) and Cecilia Glaisher (a botanical photographer in the Victorian period). A wide variety of other articles were improved and updated, and the Wikipedia trainers were particularly pleased with the skill, knowledge and enthusiasm with which editors worked – even those who had never edited Wikipedia before!

The event was accompanied by a morning session by the Jisc Ambassador on using Wikipedia in teaching and research (see http://blogs.bodleian.ox.ac.uk/23things/wikipedia-learning-by-sharing-knowledge/). It was covered in a Guardian piece by organizers Liz McCarthy (Bodleian Libraries) and Kate Lindsay (IT Services).