In 2012 the Bodleian Library acquired a major new source for the study of the architectural history of Oxford. The Townesend archive documents the work of three generations of Oxford’s leading family of master-masons: John Townesend I (c.1648-1728), his son William Townesend (1676-1739), and his grandson John Townesend II (1709-1746). The archive was in private hands until its acquisition by the Bodleian and has only been seen twice by architectural historians, who did not make extensive use of it, since the 1920s. It is the only known archive of a major family of Georgian builders to have survived intact.

The Townesends were responsible for much of Oxford’s architectural transformation between the late seventeenth century and the mid-eighteenth century. Work for the University and Oxford colleges formed the mainstay of the family’s business. Work at nineteen Oxford colleges, ranging from major contracts such as the construction of Queen’s College Library to minor jobs such as repairs to chimneys, is documented in the archive. Other major University and college commissions recorded in the archive include the construction of Peckwater Quad at Christ Church, the Codrington Library at All Souls College; and the Radcliffe Library (Camera). The family’s work also extended beyond Oxford. The ledgers of John Townesend I record him supplying stone to St Paul’s Cathedral, 1687-1694, and Hampton Court Palace, 1689-1691, and his work at Blenheim Palace in 1706. His son William was commissioned by Allen Bathurst, 1st Earl Bathurst, to remodel Cirencester House, Gloucestershire, 1725-1726. 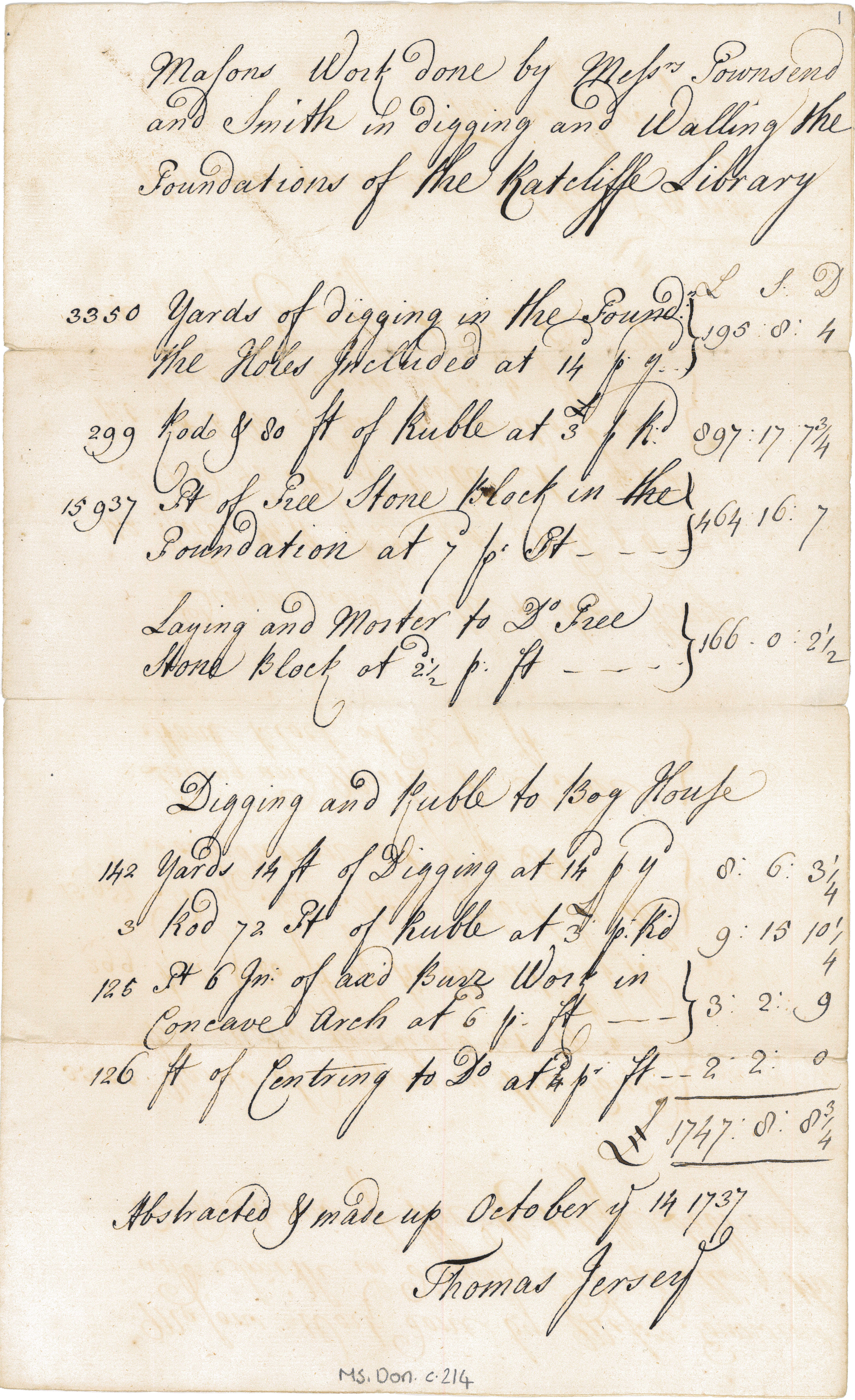 Abstract for the digging and walling of the foundations of the Radcliffe Library, 1737

Although the archive contains no architectural drawings, it offers a wealth of information concerning the costs and transportation of building materials, wage rates for labourers and stakes in quarries.

The catalogue of the Townesend family archive is now available online.