You expect to find many things in modern political archives: letters from constituents, ministerial diaries, speeches, policy papers, even photos and hard drives – but human hair? 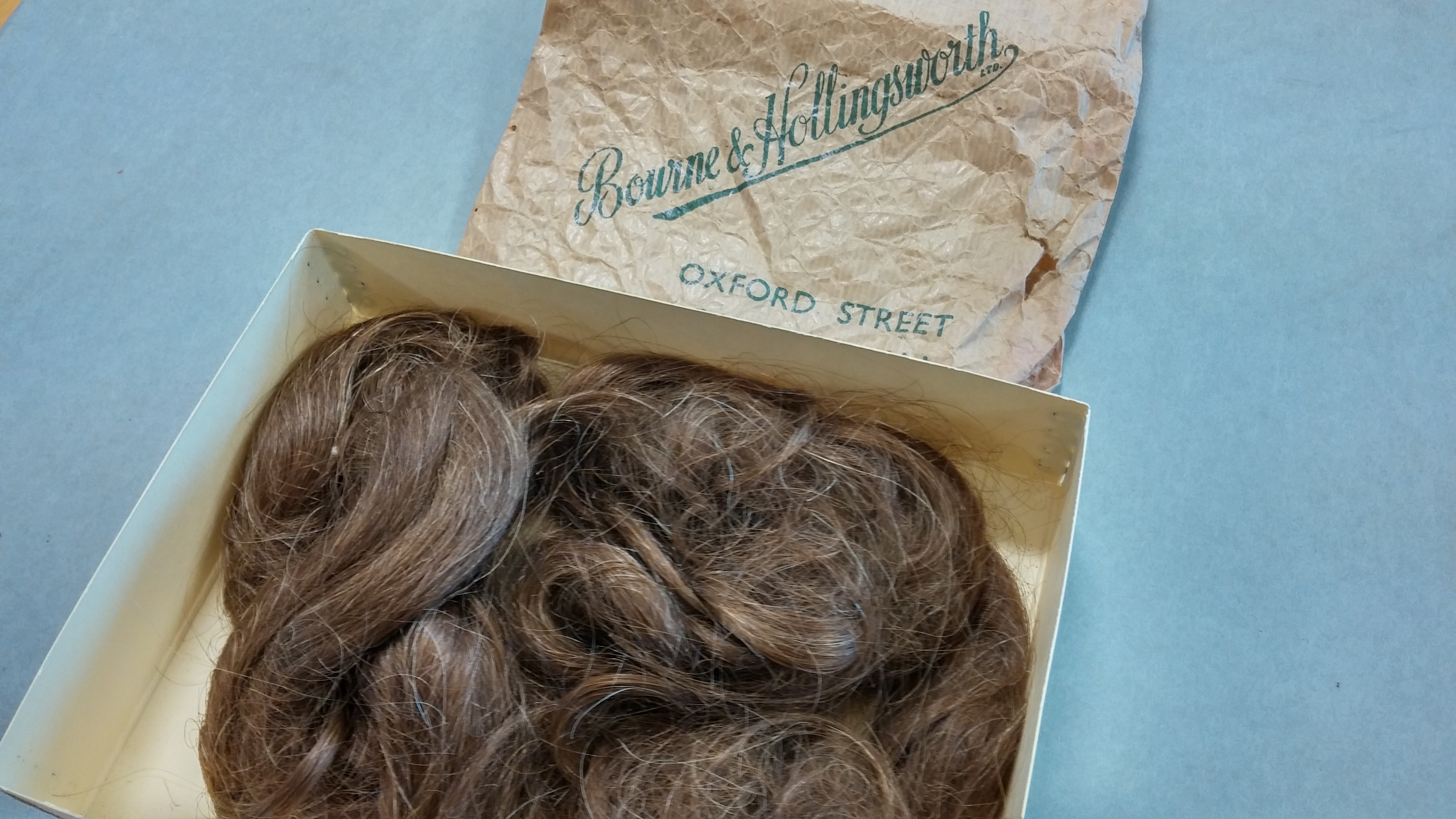 These mysterious coils of brunette and ash blonde hair arrived with the archive of the politician and peer Roy Jenkins (1920-2003) wrapped in a paper bag from Bourne and Hollingsworth Ltd., one of London’s great (lost) department stores; a feature on the corner of Oxford Street and Berners Street from 1902-1983.

The hair arrived in a box-file of miscellaneous objects and papers dated from roughly the 1920s to the 1960s which also included the signature stamp used by Roy Jenkins’ father, Arthur Jenkins (M.P. for Pontypool) and a ceremonial key to St. Louis, Missouri given to Roy Jenkins himself.

The Victorians were especially fond of keeping locks of human hair for sentimental reasons and in remembrance, and the Bodleian Library contains many examples, including a necklace made from Mary Wollstonecraft’s hair and a ring containing John Keats’ hair but it’s uncommon to find hair in a post Edwardian collection. It’s not even clear whose hair it was: a woman’s, almost certainly. Jenkins’ mother, perhaps? Hattie Jenkins died in 1953 – could this be her hair?

Hair for remembrance, hair for sentiment, hair for a wig, hair for jewellery? Who knows. The Bodleian will be preserving it: maybe one day we’ll find out.