This entry from the political journal of Lewis Harcourt describes the discovery of a bomb hidden in a tree at his Oxfordshire home Nuneham Park in 1907. Harcourt was the First Commissioner of Public Works in the Liberal government of Sir Henry Campbell-Bannerman. He was strongly opposed to the extension of the electoral franchise to women. Writing in his journal, Harcourt reasoned that the planting of the bomb was probably ‘a delicate attention to me from the Female Suffragists.’ 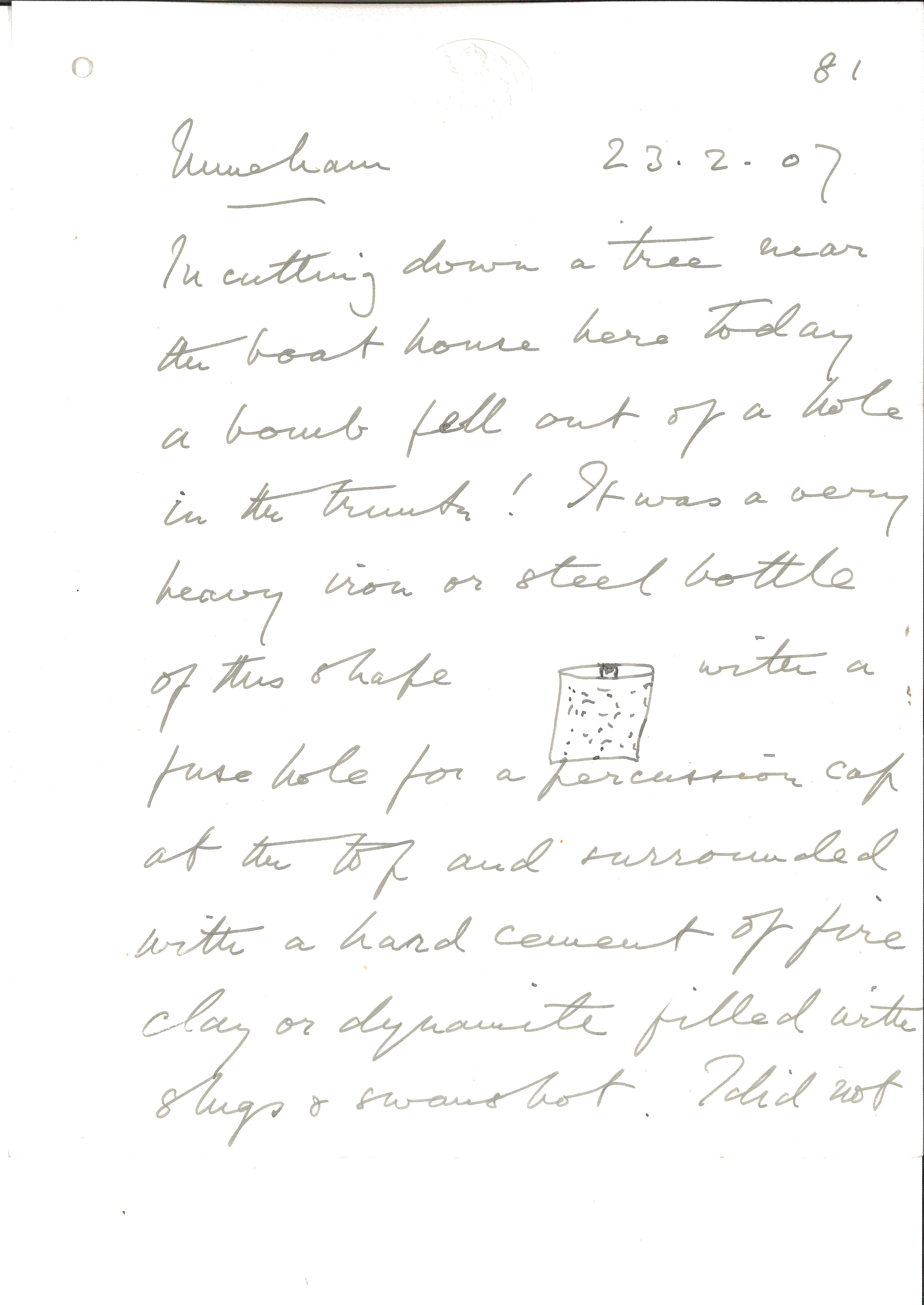 Entry from the political journal of Lewis Harcourt, 23 February 1907. 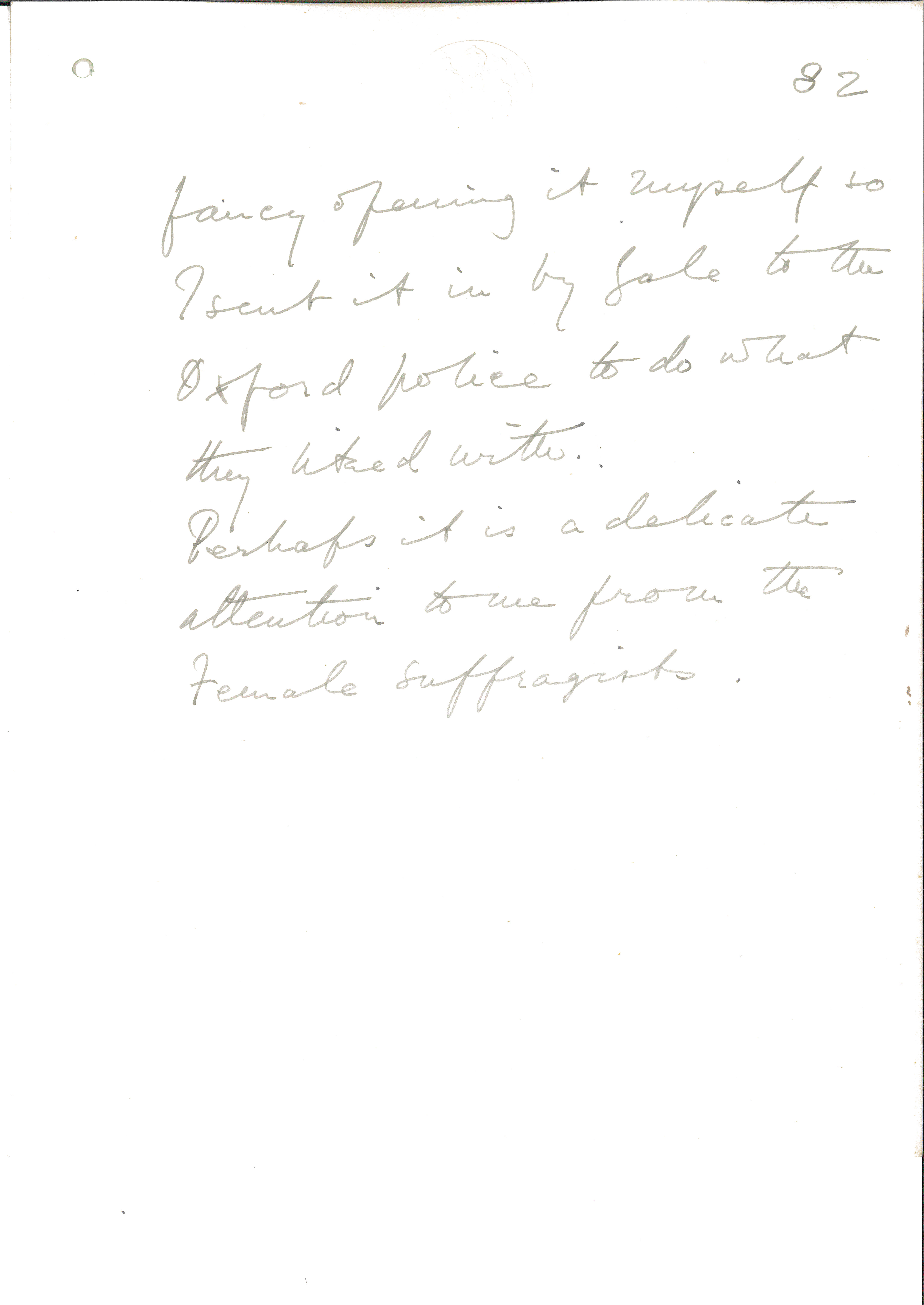 Entry from the political journal of Lewis Harcourt, 23 February 1907.

Nuneham Park was the object of another Suffragette attack in 1912. By that time Harcourt had been promoted to the Cabinet and was serving as Colonial Secretary in H.H. Asquith’s government. Asquith, a regular visitor to Nuneham, also opposed votes for women. Both men were eventually reconciled to female suffrage in 1916. Harcourt recorded in his journal the following discussion at a Cabinet meeting on 9 August 1916:

‘P.M. says his opposition to female suffrage is vitally affected by women’s work in the war. I said the only logical and possible solution is Universal suffrage (including women). This upset most of the Cabinet, but the P.M. agreed with me.’