This year it’s 50 years since Dorothy Hodgkin won the Nobel Prize for Chemistry in 1964, ‘for her determinations by x-ray techniques of the structures of important biochemical substances’. She is still the only British female scientist to have won a Nobel Prize.

The Bodleian recently acquired a small but significant addition to the Dorothy Hodgkin papers from her daughter, Liz. They give a unique insight into the excitement surrounding the award of the prize. At the time Liz was teaching at a school in Zambia and as letters could take a week or longer to arrive, her parents sent a telegram with the good news. To keep costs down, they sent the shortest possible message, ‘Dorothy nobel chemistry’! 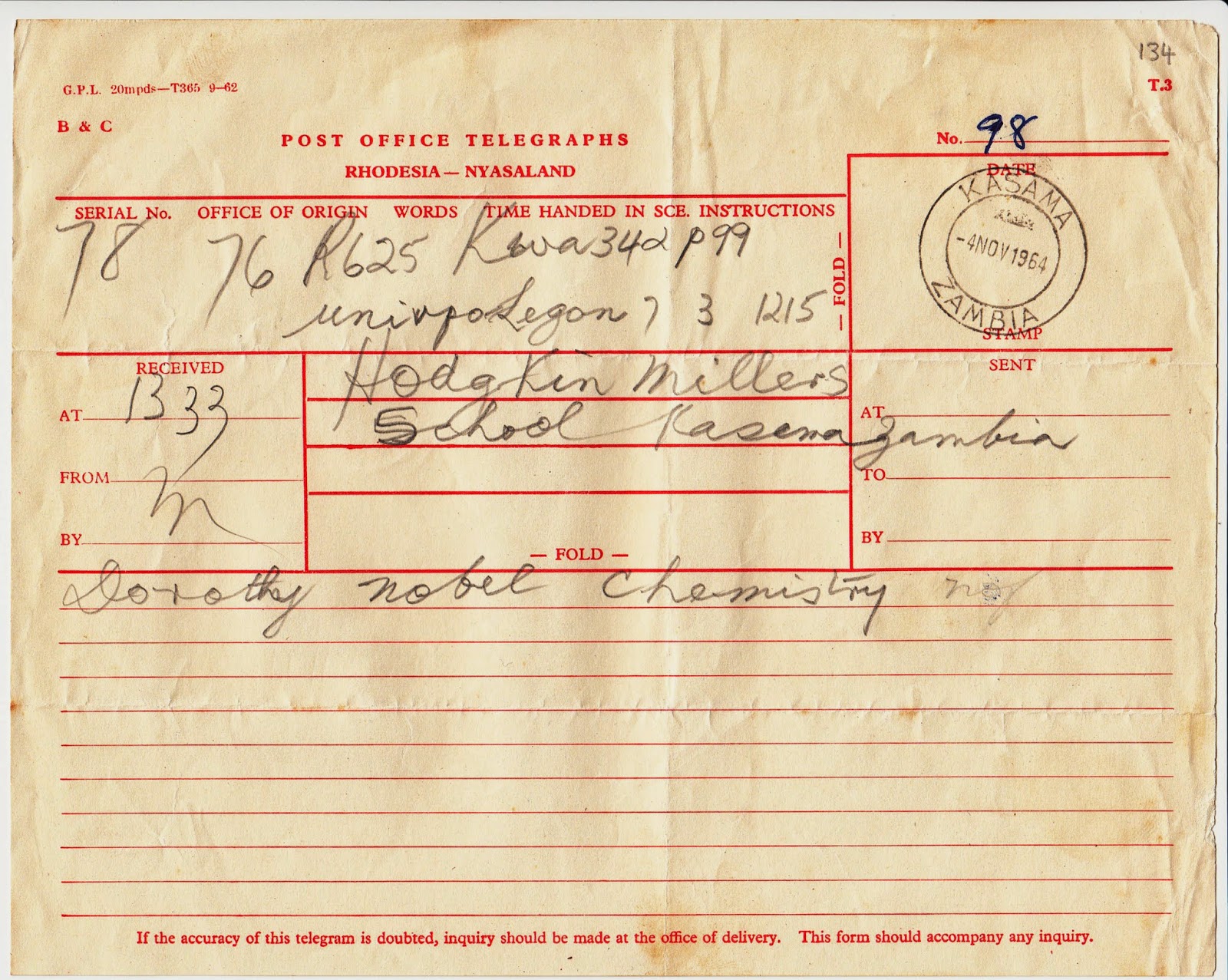 In fact, Dorothy was also abroad at the time, visiting her husband in Ghana, where he was working. Following the telegram she sent a longer letter to Liz, describing how she had heard the news and how the small local post office was so overwhelmed with congratulatory telegrams, that she was asked to come and collect them herself.

MS. Eng. c. 8262, fol. 133
The first cable came in from John Kendrew, Francis Crick & Fred Sanger – and then the girl at the other end said “There are too many here for us to telephone them all – they will block our lines. Come & fetch them, please”. So we picked them up the next morning – & found a lovely one from the lab saying “Thrilled to have telephone call from Stockholm”.

The most eminent men in science were lining up to congratulate her, and of course the telephone call from Stockholm was from the Nobel Prize committee, where Dorothy would go later that year to collect her prize.

This collection of letters has now been catalogued and is available to researchers in the Special Collections Reading Room at the Bodleian Library.