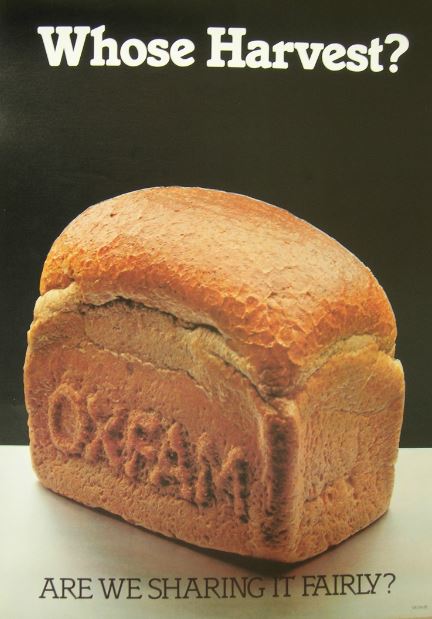 The first three catalogues to come out of the ongoing Oxfam archive project, compiled with the generous support of the Wellcome Trust, have been made available on the Bodleian Library’s website here.

The three catalogues cover, respectively, records of Oxfam’s programme policy and management, records of its campaigning work, and records of its internal and external communications. In total, more than 850 boxes of archive material and almost 500 posters have been newly opened to researchers.

Among the programme policy and management records are minutes of the committees directing Oxfam’s development and humanitarian programme from the 1950s, such as the Overseas Aid and Field Committees, and supporting bodies like the Medical Advisory Panel, plus correspondence and papers of the International Directorate. These range from airmail letters from Colonel Widdowson, Oxfam’s ‘Travelling Secretary’, during his visits to potential beneficiaries in Africa and Asia in the early 1960s, to post-2000 papers relating to planning around strategic change objectives and regionalisation. Also of particular interest will be policy papers and reports produced by the Public Affairs Unit from the 1970s and later Policy teams.

Records of campaigns include publicity materials, reports and correspondence relating to individual campaigns, such as the influential Rational Health campaign of the 1980s, which advocated the safe use and equitable distribution of medicines. Researchers will also be able to consult communications materials such as Annual Reviews and Grants Lists, press office correspondence, supporter periodicals, posters and many of Oxfam’s early photographs, dating from the 1950s to the 1980s, which will provide additional detail about the organization’s work.

A further 590 boxes of archive material is expected to be opened to researchers by early autumn with the launch of a fourth catalogue, of Oxfam ‘project files’. Almost 2,400 files, detailing the use and impact of grants made by Oxfam, will be available for study.