Researchers using the Oxfam archive now have access to a valuable new resource, with the completion of cataloguing of almost 2,400 ‘project files’ spanning 50 years. The files reveal the use and impact on communities of grants made by Oxfam as part of its programme of long term agricultural, economic, health and other development work, and response to natural disasters and other humanitarian emergencies. 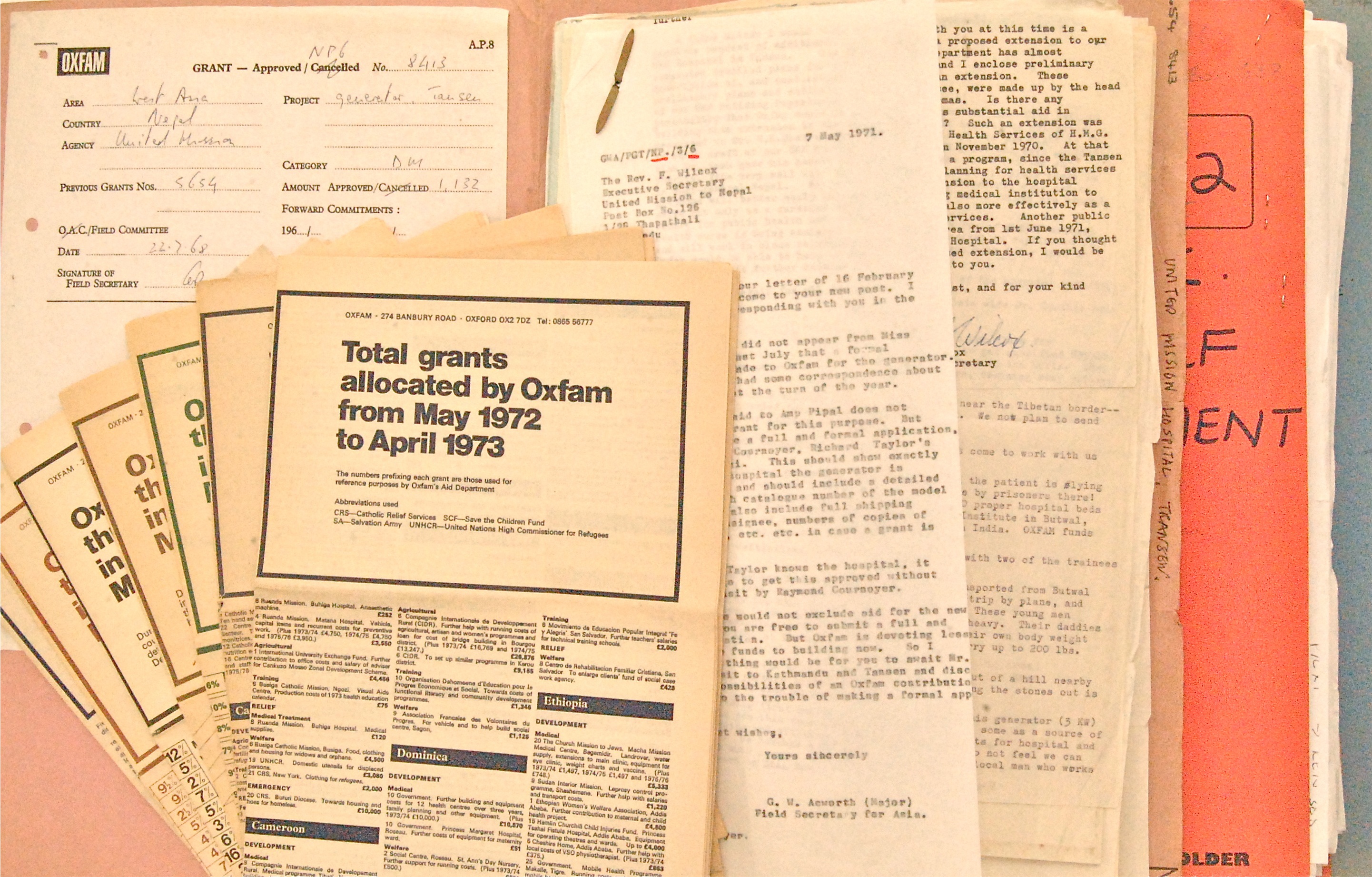 File relating to a grant made in 1968 to the United Mission Hospital, Tansen, Nepal, and published annual lists detailing grants made (Oxfam Archive, Bodleian Library)

The files contain documentation regarding applications to Oxfam for grants, and the making of grants, between 1954 and 2004 and are arranged according to the agency or partner applying for the grant and by country. Although the content and level of detail in the files varies, a typical file will contain the initial project proposal by the agency or partner, Oxfam’s Grant (later Project) Application Summary Form approving the grant, financial information, correspondence, and reports on the use of the grant, progress with the work, and its impact. Some files also contain photographs of beneficiaries and the work being carried out.

Together the files will provide a useful insight into the sort of work being funded by Oxfam at different times and in different parts of the world and its effectiveness in fighting poverty and saving lives. 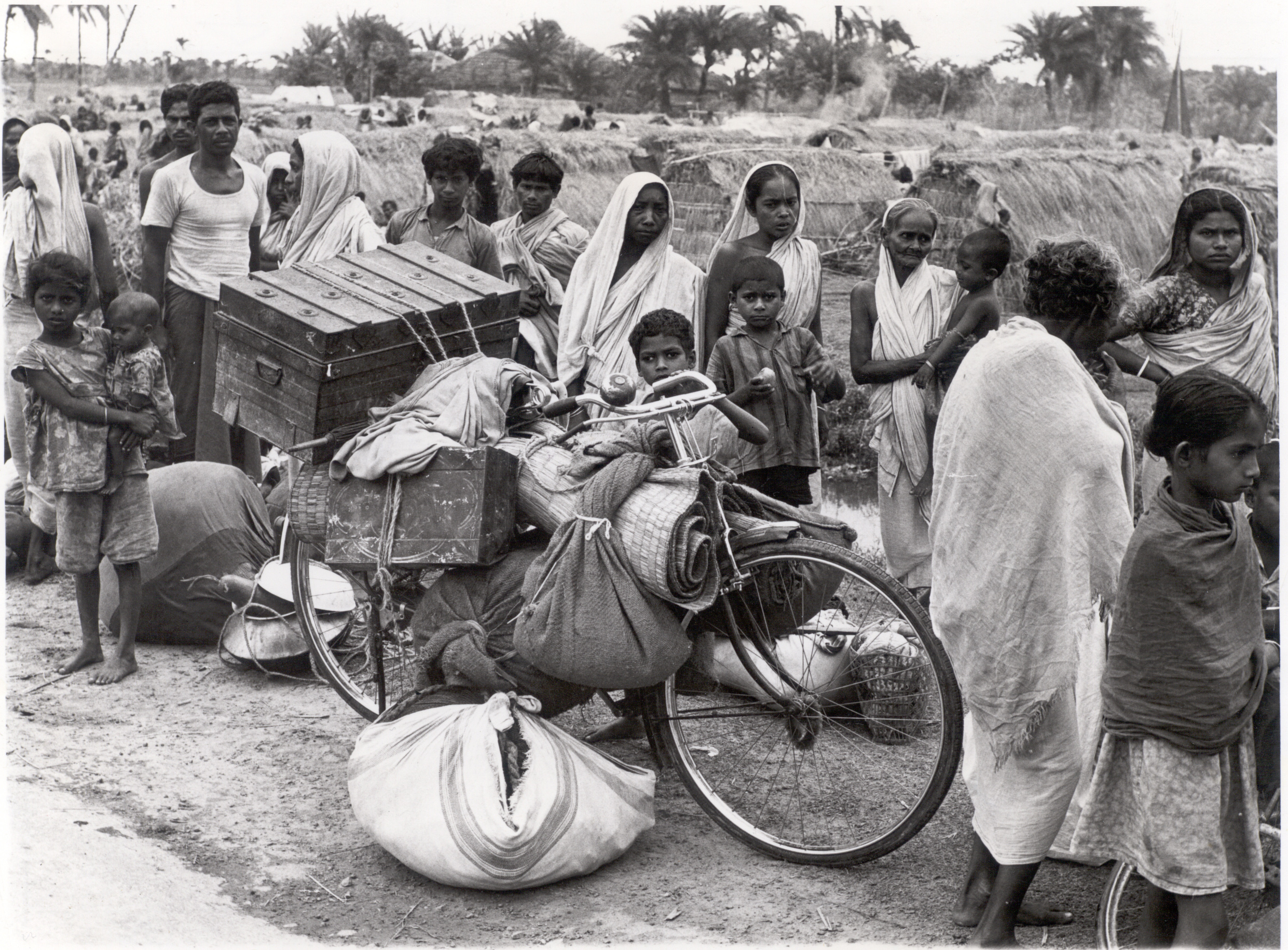 Refugees from the civil war in East Pakistan (later Bangladesh) in India, 1971. In response, Oxfam launched a health programme serving 500,000 people and, on the creation of Bangladesh the following year, its largest country rehabilitation and development programme to that date. Photo credit: Alan Leather / Oxfam (Oxfam Archive, Bodleian Library)

The catalogue of project files is available now via the Bodleian Library’s website, alongside three additional Oxfam catalogues released in the autumn, describing records of the organisation’s programme policy and management, records of its campaigning work and records of its internal and external communications.

Two further tranches of project files are expected to be catalogued and made available in early 2016 and mid-2017.