Supporters of Arthur Ponsonby, the Liberal parliamentary candidate for Taunton were furious at the tactics employed against him by the Conservative candidate during the general election campaign of 1906. Letters written to Ponsonby after his defeat on 15th Jan 1906, speak of an unholy alliance between:

the Brewers, Licensed Victuallers, & Church Clergy [who] have moved earth and a worse place to secure the return of the Tory Candidate. Unblushing bribery and corruption have been practised.

and put the blame squarely on the voters who:

had they been men that would not be bought for a shilling you would have undoubtedly have been returned.

Ponsonby was the principal private secretary to the Prime Minister, Henry Campbell-Bannerman, who had taken over from the Conservative Prime Minister, A.J. Balfour, a month earlier in December 1905. He swiftly called a General Election, which the Liberals were to win with a landslide victory. The Prime Minister, who was still campaigning in Scotland, wrote to Ponsonby to commiserate on the loss of Taunton but as a Glaswegian he was unable to temper his elation at Liberal victories in Scotland: 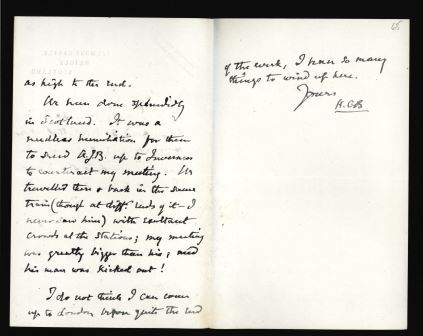 We have done splendidly in Scotland, It was a needless humiliation for them to send A.J.B. [Balfour] up to Inverness to counteract my meeting. He travelled there & back in the same train (though at diff. ends of it – I never saw him) with exultant crowds at the stations; my meeting was greatly bigger than his; and his man was kicked out!

Although the result had been called for Taunton, the election was still continuing across the country. Before 1918 general elections were not held on one specific day: polling took place over a period of weeks. The 1906 general election was held between 12th January and the 8th February.

Amongst Ponsonby’s supporters was a Miss Agnes Sibly, headmistress of a girls’ school in Taunton, who highlighted the issue of women’s suffrage:

You would be safe of our vote more if women were not classed with lunatics & paupers!

Women were not able to vote in a general election until 1918, and even then suffrage was restricted to women over the age of 30 who met a minimum property qualification. Full suffrage on the same terms as men was granted to women in 1928. 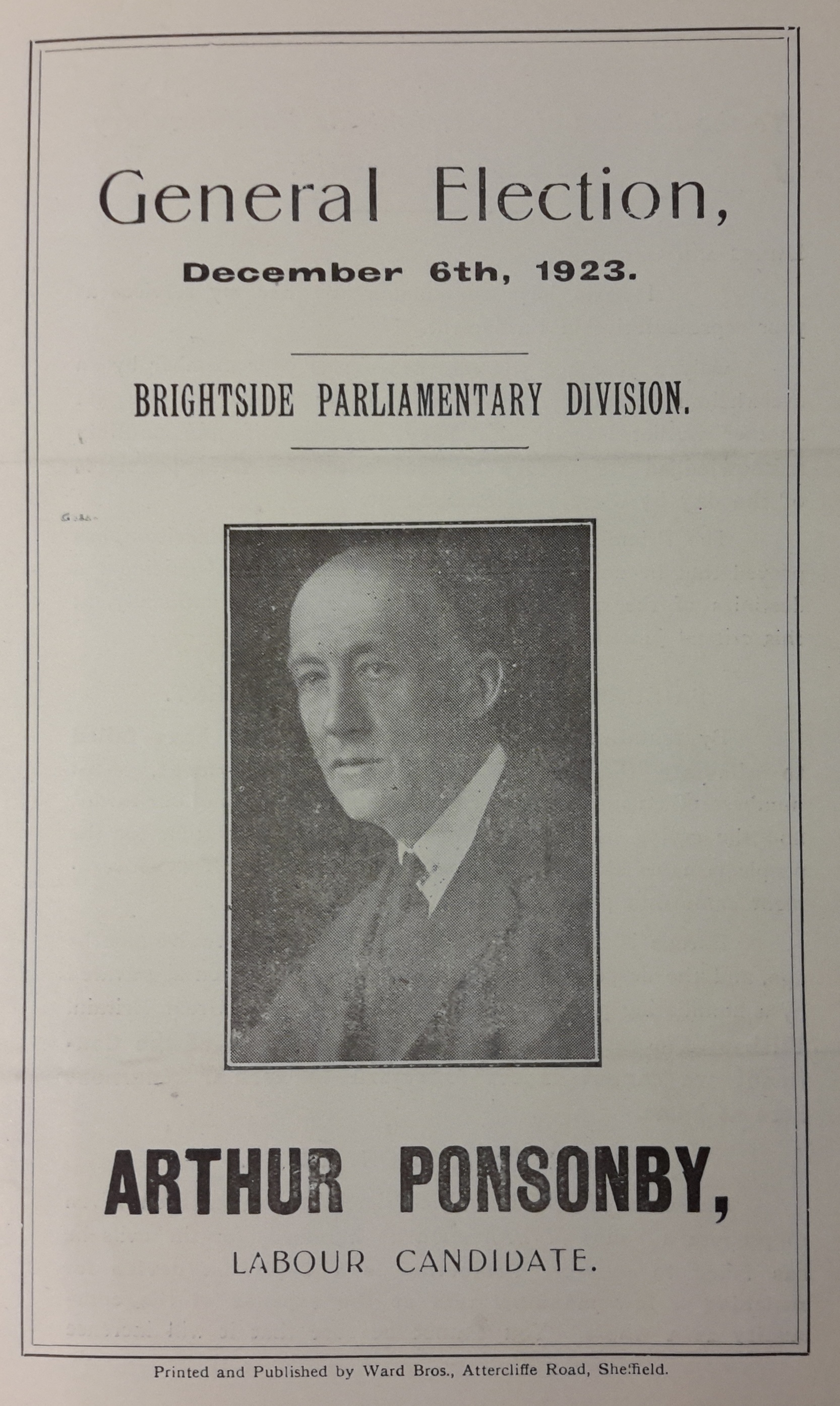 By 1922 Ponsonby had switched his allegiance to the more radical Labour Party and was elected MP for Sheffield Brightside, joining the first Labour government two years later in 1924.

The catalogue of the papers of Arthur Ponsonby (1871-1946), politician and peace campaigner, has recently been added to the online catalogue and is available here.