Over the summer the Archives and Modern Manuscripts Section hosted five interns who worked on  various projects . The Oxfam team was lucky enough to have two of them: Elena and Gabriel. 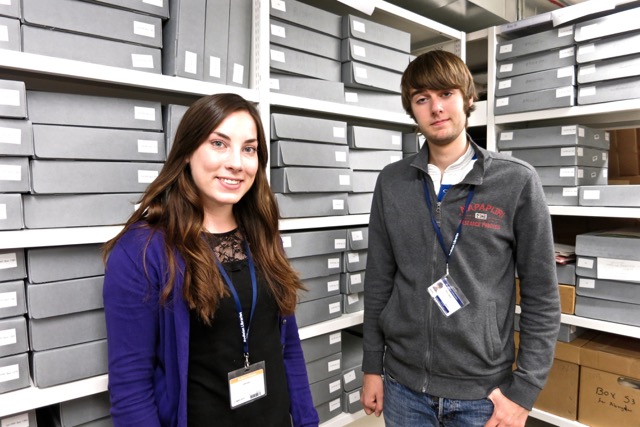 The Interns: Elena and Gabriel

Gabriel Lawson, reading History at Lincoln College, and Elena Müller, MPhil graduate in Modern Jewish Studies from Lady Margaret Hall, had both applied for internships organized and funded by the University of Oxford Careers Service.

They did sterling work for us over their six week stint and helped enormously with our ongoing ‘project file’ cataloguing work as well as sorting programme reports, and appraising and repackaging photographic material, which will all make up a part of our Phase 2 catalogues due to be released in the New Year.

Project files make up over half of the Oxfam archive. They arrive with us from the Oxfam Logistics Warehouse in large containers, each filled with 3-4 cases brimming with files relating to projects funded and carried out in all areas of the world.
With advice and guidance from the Oxfam Project team, Elena and Gabriel managed to appraise 1,911 files between them, deciding on which to keep and which to discard. Those they kept, they catalogued, filling 359 of our ‘archival blue boxes’. Their contribution takes us much closer to our end-of-year targets than we would otherwise have been!
Their work will be added to the online catalogue of project files at the end of Phase 2. The Phase 1 catalogue can be viewed here: http://www.bodley.ox.ac.uk/dept/scwmss/wmss/online/modern/oxfam/oxfam-proj.html 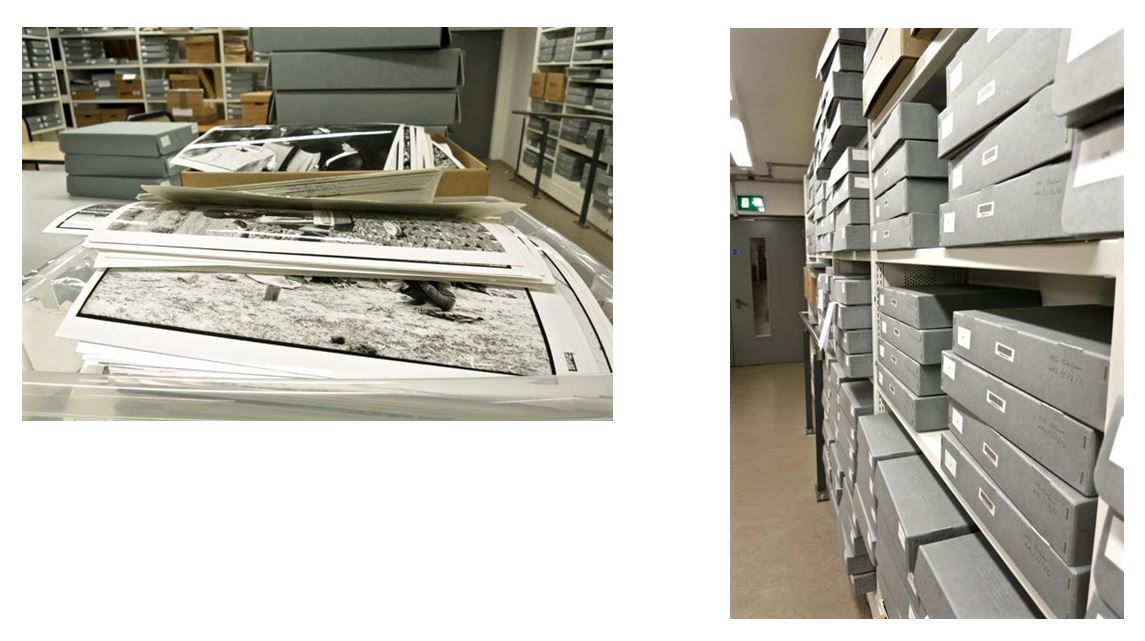 The interns also helped with the appraisal of photographic prints from the 1990s, weeding out duplicate and poor-quality photographs, as well as generic shots which did not relate to Oxfam or its work.
Both Elena and Gabriel felt that their time with the archive had helped them to view research in a slightly different light, having gained an appreciation of the work done by archivists in selecting, describing and making archives available to researchers.

4 thoughts on “Interns at the Oxfam Archive”