The Oxford Committee for Famine Relief’s first appeal, ‘Greek Week’, was a local affair, but raised £12,700 towards the alleviation of famine behind the Allied blockade of Greece through advertisements in the Oxford press, a gift shop selling donated goods, and events such as concerts of Greek folk songs. Following the end of the Second World War, the Committee began collecting food and clothing parcels for the war-affected in Europe, branching out into national press advertising in 1946. This was a pioneering step at a time when professional marketing techniques were rarely applied to charity fundraising and in subsequent years the charity would become known for its hard-hitting, and often controversial, use of advertising. 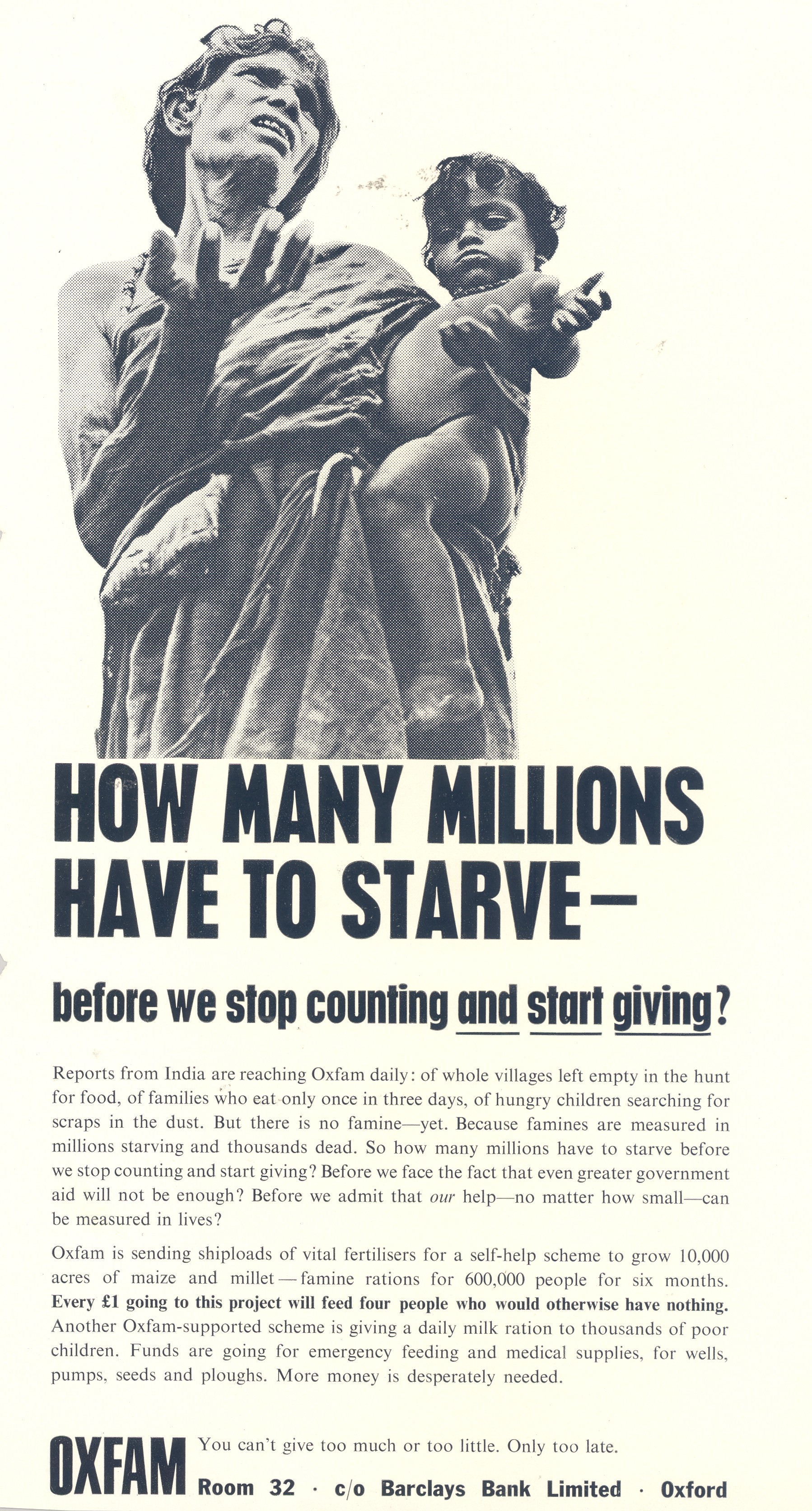 Many of these early efforts can be viewed in the archive, which includes a series of newspaper advertisements published between 1943 and 1991. Used with other records such as correspondence relating to early appeals, appeals mailings sent out to supporters to request donations from the 1960s onwards, and a series of market research reports, researchers will be able to trace how the charity’s approach to fundraising evolved over time. This includes its adoption of ‘starving child’ imagery from the 1950s, and conscious use of more positive portrayals of empowered beneficiaries from the 1970s onwards. 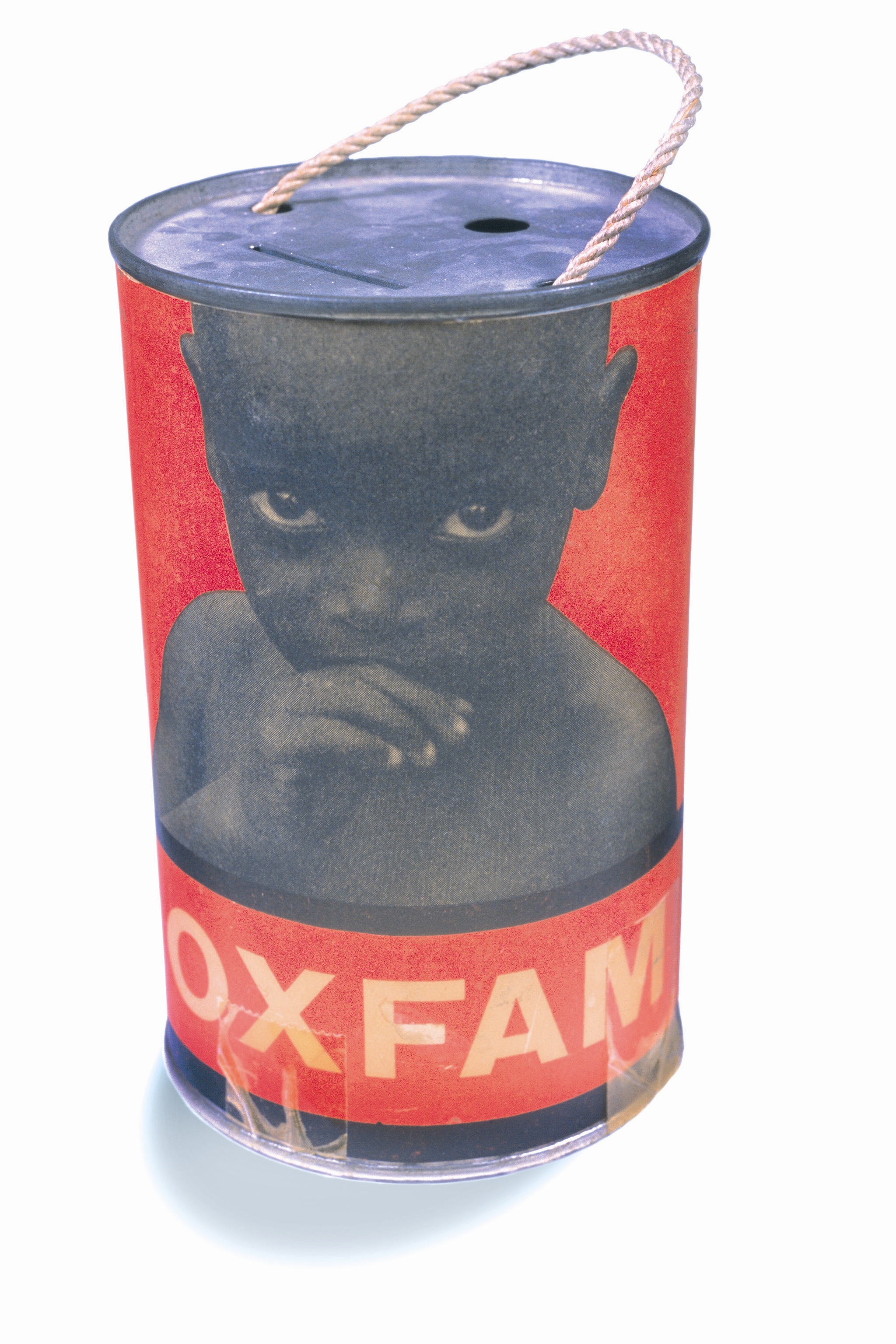 Also of interest will be records, including reports and newsletters, relating to Oxfam’s regular giving schemes, the first of which, ‘Pledged Gifts’, was launched in 1960. This had recruited 26,000 voluntary collectors by 1964, collecting small, regular donations from neighbours and workmates. Equally fascinating are correspondence files and reports relating to the co-funding of Oxfam projects by the Overseas Development Administration and the Commission of the European Communities and their respective successors, both of which began in the 1970s.

In addition to the new appeals and fundraising catalogue, a second, expanded edition of the programme policy and management catalogue has been released. This includes correspondence of the Policy Director and staff relating to organizational campaigns and Oxfam’s role in advocacy on behalf of poor people.

Gender policy and strategy are revealed in the correspondence, reports and publications of the Gender and Development Unit, established in 1984, tasked with raising awareness of socially constructed differences between men and women and the unequal power relationships that result, and incorporating a gender perspective in Oxfam’s programme. 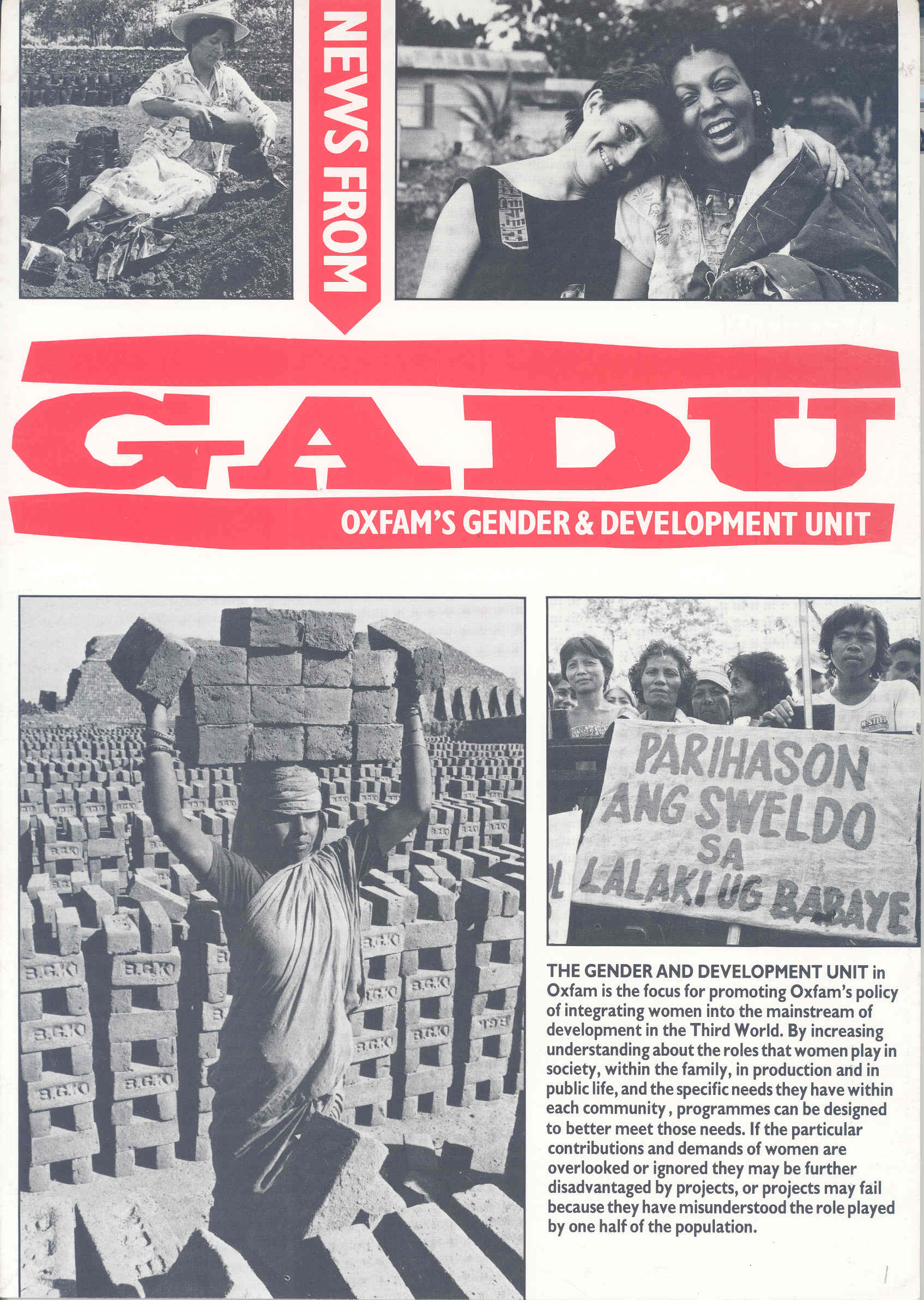 Records of the regional ‘Desks’ and the Humanitarian Department and their predecessors offer a detailed insight into the running of Oxfam’s development programme and its interventions in humanitarian crises from the early 1970s. These consist chiefly of correspondence between staff employed in numerous countries around the world and colleagues in Oxford. Health Unit materials include papers relating to Oxfam’s development of equipment such as immunization kits for use primarily in emergencies, and the production of the Oxfam energy biscuit which became part of its supplementary feeding programmes.

The second edition of the catalogue of files relating to grants made by Oxfam (‘project files’) will appear soon.