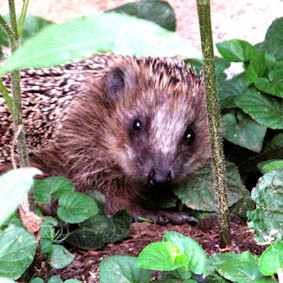 A very lean hedgehog, by erinac@eus – own work, Public Domain

Did you know that the fat of a hedgehog can cure deafness? Or that killing a black beetle brings on rain? Or that you should spit on the ground if you pass a pair of grey horses? Or that you can cure cramp by tucking some brimstone under your pilow?

So say the people of Oxfordshire, as recorded by Percy Manning, an antiquarian and archaeologist, in the early twentieth century.

These charms against illness and bad luck are from a series of folklore notes  which cover topics ranging from animals to ghosts, omens, weather maxims and witches, altogether a wonderful compendium of wit, wisdom, magical thinking and superstitions in Oxfordshire.

If you’d like to read them for yourself, they can be found in the Percy Manning archive at the Bodleian Library at MSS. Top. Oxon. d. 190-192.