With speakers from both the archives/history and the science world, and an audience equally diverse, the seminar came with a tight schedule of talks, a panel discussion and an “Archives…close-up!” curator-led display of selected items from the Boldleian collections. A challenge in terms of keeping time but, judging from the lively debates during the Q&As, the many personal reflections,  and the feedback from the participants, definitely a success in bringing together archives and science.

Women in Science in the Archive SEMINAR PROGRAMME

Instead of a lengthy written account of the day – which would probably be inadequate to capture all the details and the atmosphere anyway – here are some photographic impressions of the event. To learn more about the speakers and the topics, follow the links in the image captions – and of course, feel free to contact us with your comments and questions. 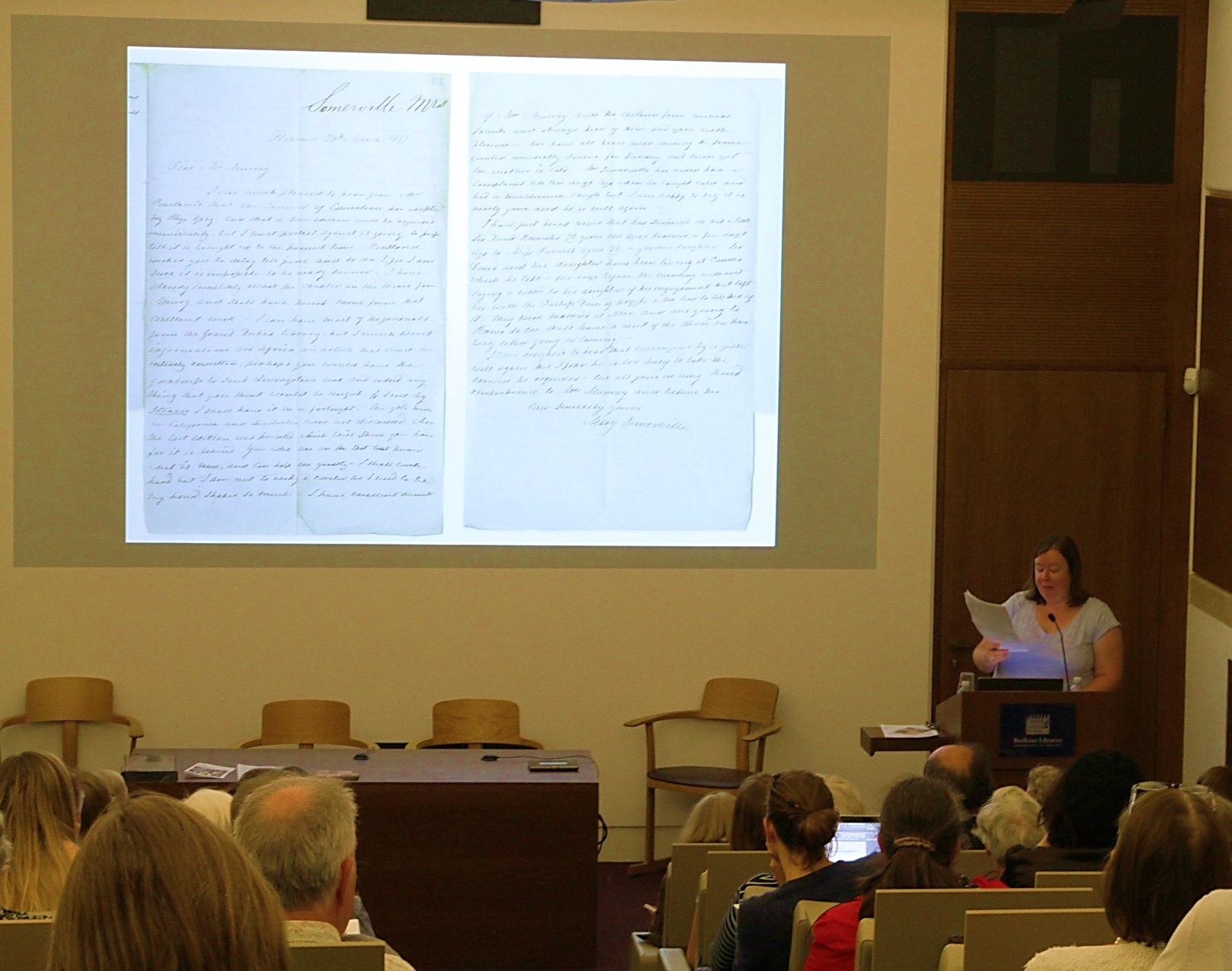 Women in Science in the 19th century: Ruth Boreham reading from a letter by Mary Somerville, sciencer write and polymath, to her publisher John Murray, 1857. Somerville was known as ‘The Queen of Science’, and, jointly with Caroline Herschel, was appointed first female member of the Royal Astronomical Society in 1835. 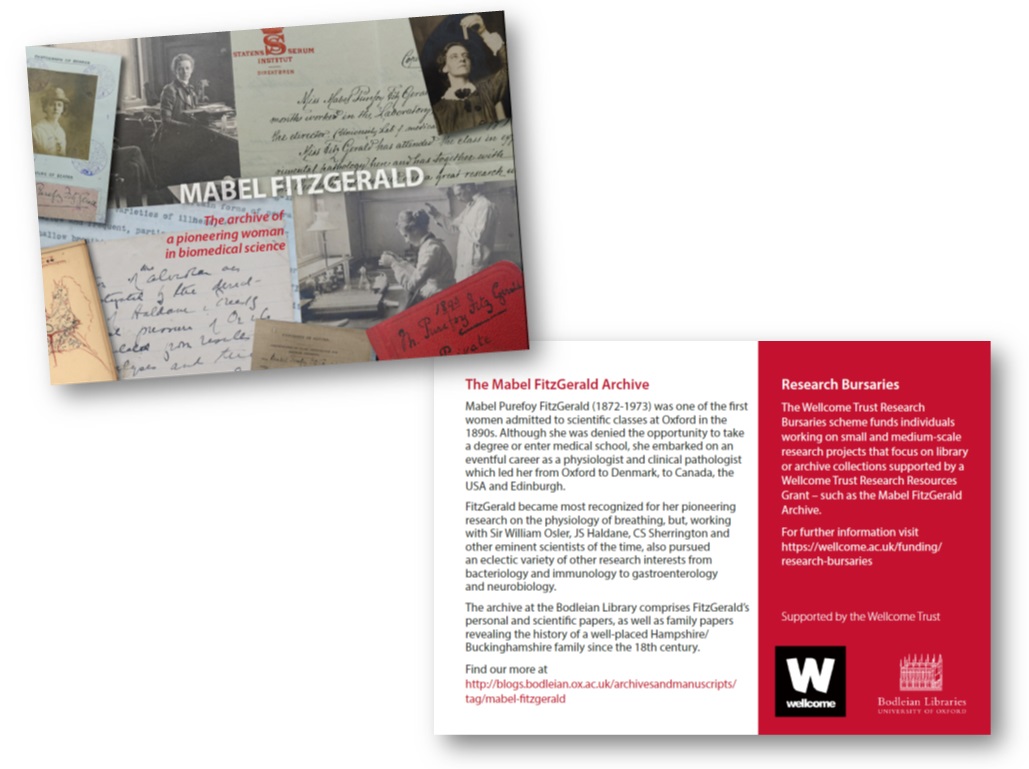 The Mabel FitzGerald Archive – 40 boxes of scientific, personal, and family papers documenting the life and work of a women in biomedical science at the beginning of the 20th century…. 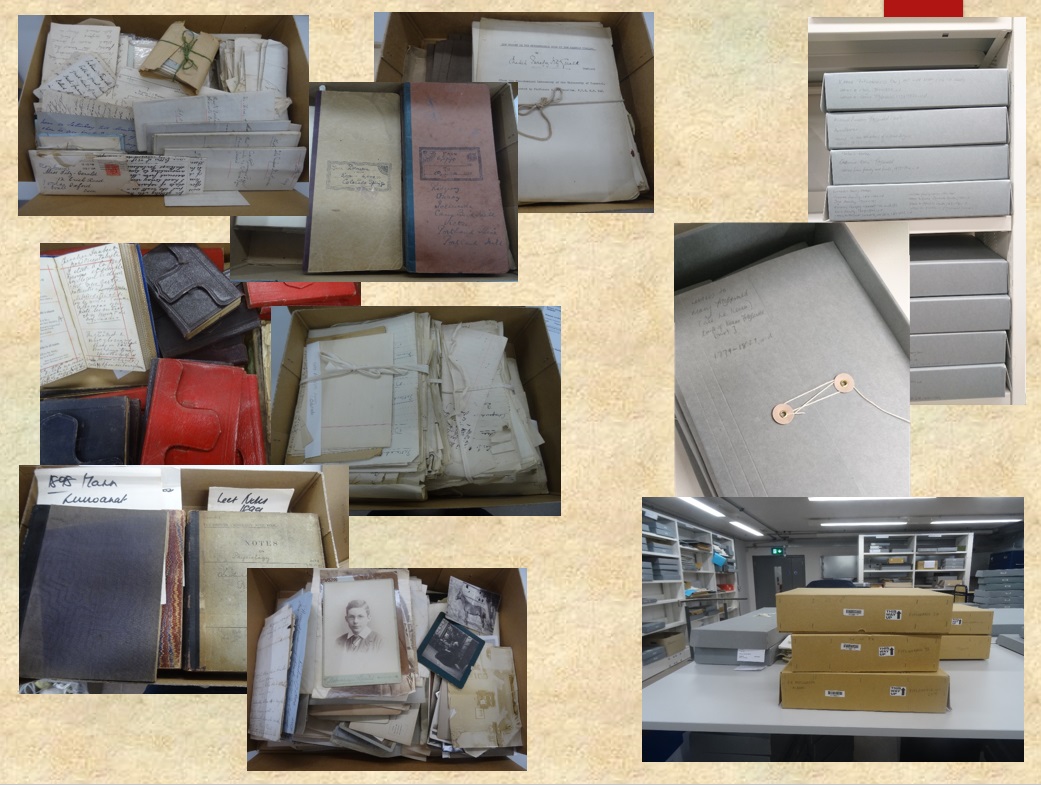 …but, after 75 years at FitzGerald’s Oxford home at 12 Crick Road, and almost 40 years in storage, the papers first need some (actually, a lot of) sorting, preservation and cataloguing! A look behind the scenes of archives processing at the Bodleian. 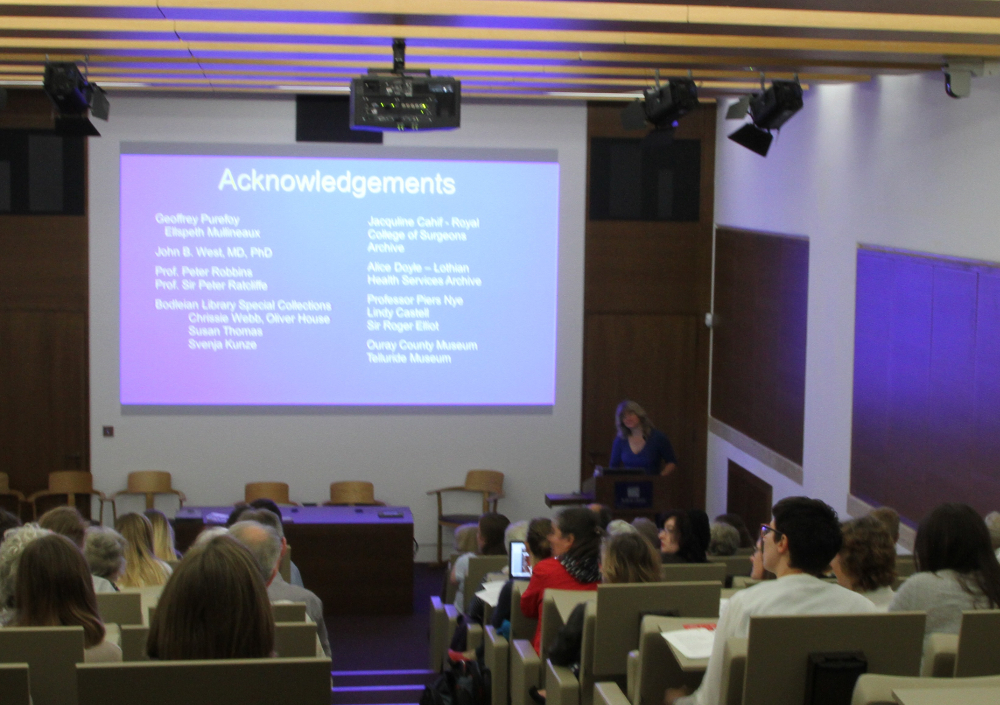 From (archive) boxes to biography: Martha Tissot van Patot finishing her talk on Mabel FitzGerald, and the big task of researching the life and work of an almost forgotten scientist. 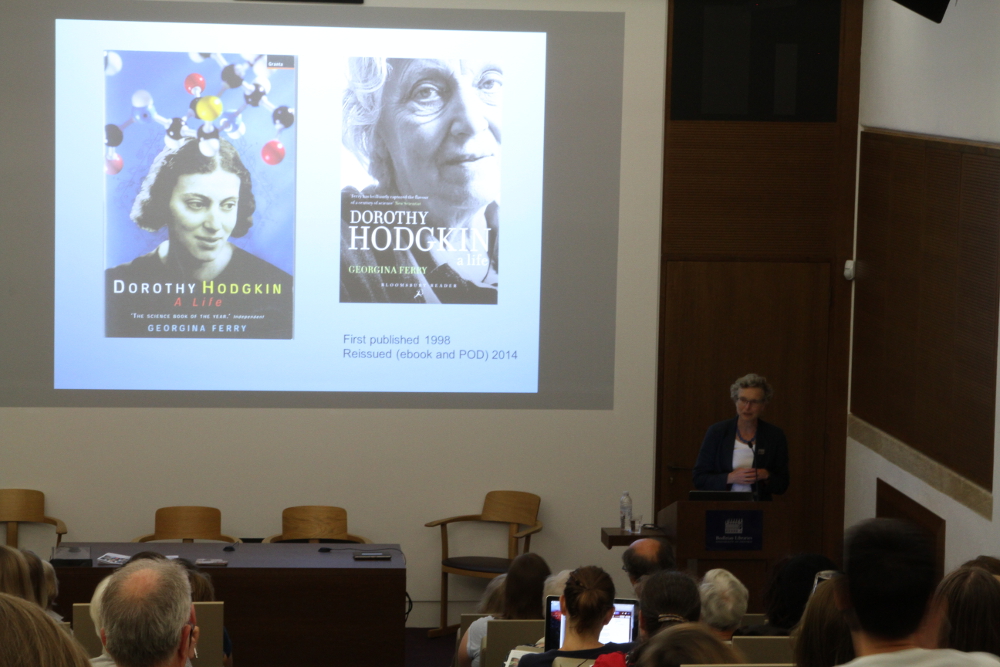 Georgina Ferry on using archives for writing the biography of Dorothy Crowfoot Hodgkin. Hodgkin was a biochemist at Oxford, and a pioneer in protein crystallography, yet when in 1964 she won the Nobel Prize in Chemistry for her groundbreaking work, the press commented: “On Thursday the affable-looking housewife below won Britain’s fifty-eighth Nobel prize for a thoroughly un-housewifely skill”- The Observer, 13 December 1964. 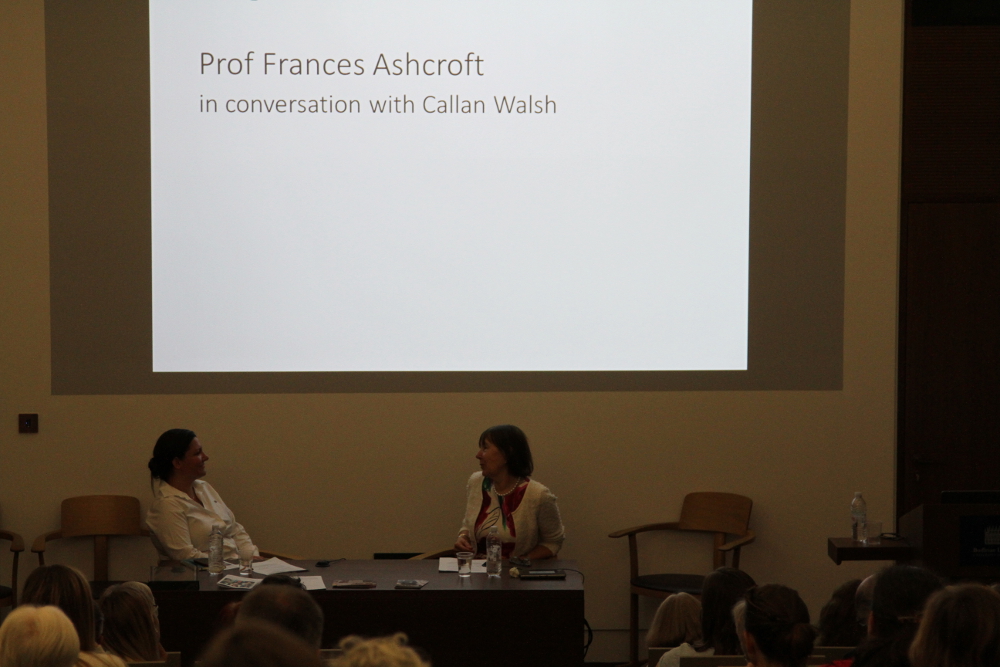 Frances Ashcroft first became Professor of Physiology at Oxford in 1996, exactly 100 years after Mabel FitzGerald started her studies at the very place in the very subject – then unofficially, as women were not yet allowed to take a degree. Ashcroft is also a Fellow of the Royal Society, to which FitzGerald, being a women of the very early 20th century, was denied presenting her own papers. – A fascinating conversation with Callan Walsh about wild orchids and other inspirations, the importance of libraries, some comments by some men, changes over time, and most importantly: about being a scientist, and being very good at it. (And yes, Professor Ashcroft, we would like to have your archive at the Bodleian!) 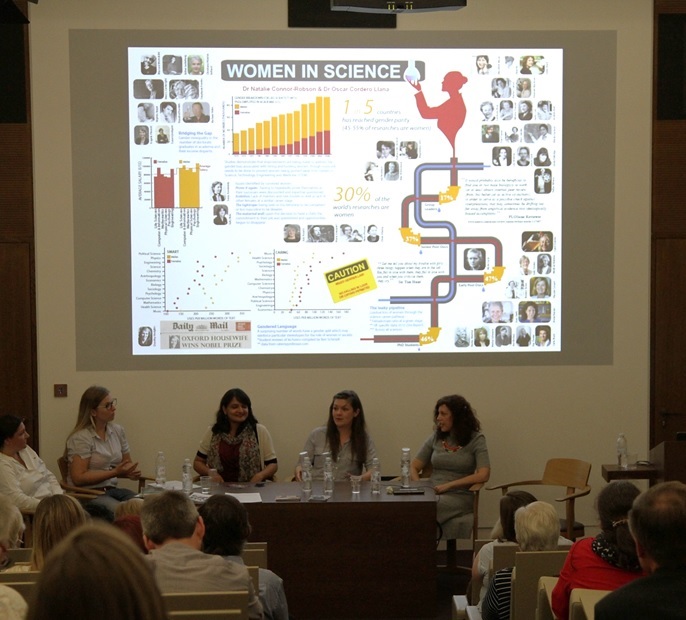 Women in Science in the 21st century: Dr Karolina Chocian, Dr Sana Suri, Dr Fiona Larner and Dr Natalie Connor-Robson discussing what has changed since the days of Somerville, FitzGerald and Hodgkin – and what still needs to change to achieve gender equality in STEM subjects. And how will archives preserve the work of 21st century scientists, and their career experiences? Letters are emails now, Twitter has replaced diaries. It’s a digital world, with its own challenges for archivists. 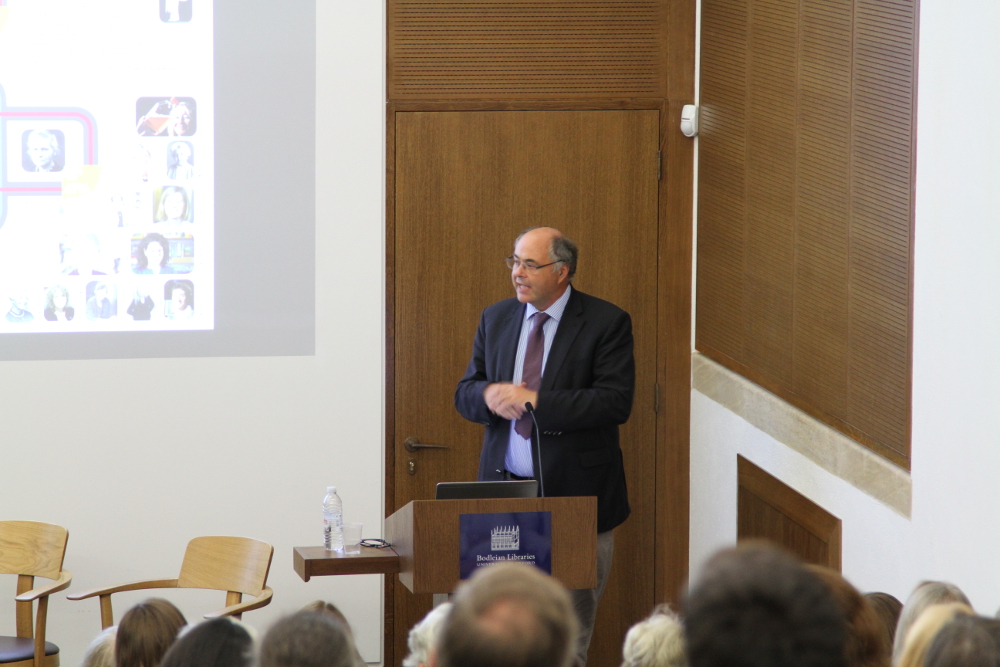 Peter Robbins, Professor of Physiology and Head of Department at DPAG, giving the concluding remarks. 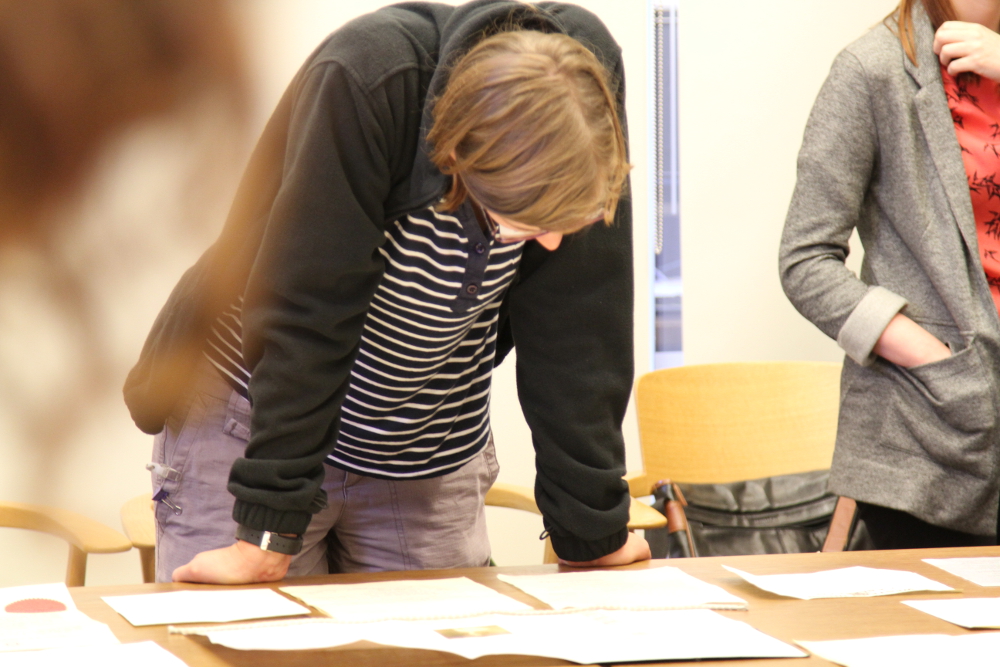 Archives …close-up! Show-and-tell with selected items from the Somerville, FitzGerald, and Hodgkin papers at the Bodleian 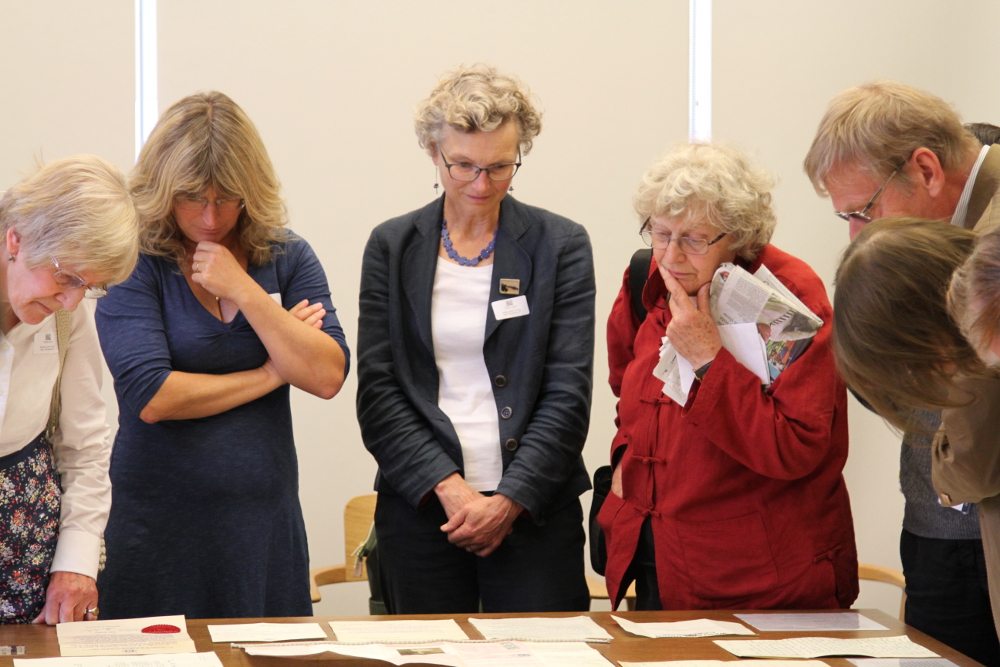 Women in Science biographers Marta Tissot van Patot and Georgina Ferry with Liz and Toby Hodgkin (right), whose mother was, as the Daily Mail and many other newspapers reported at the time, the ‘Oxford housewife’ who won the Nobel Prize… 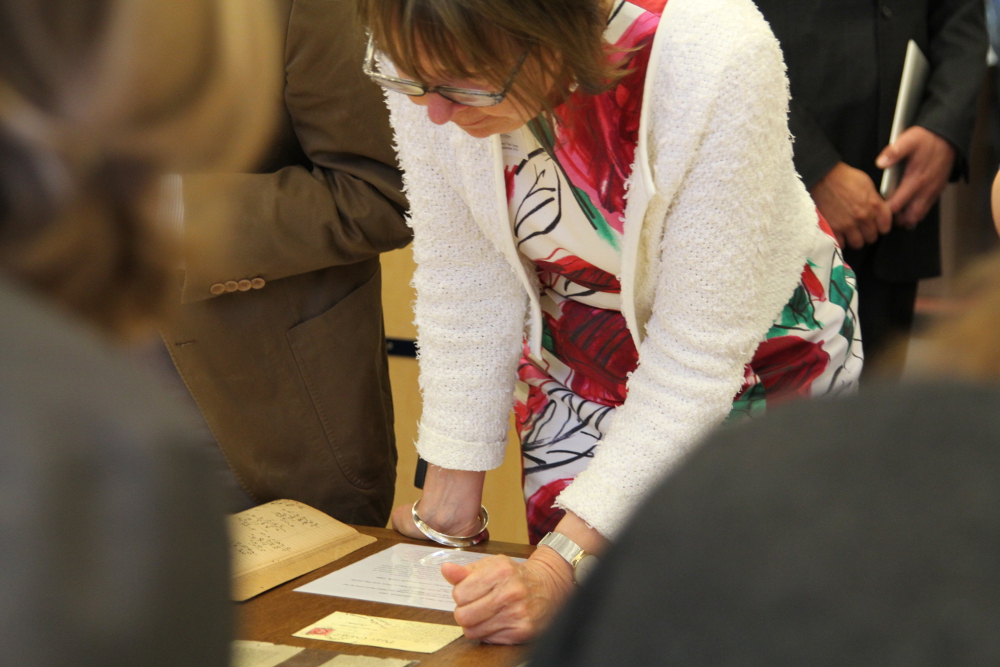 Of interest for her 21st-century colleagues: Mabel FitzGerald’s field notes and postcards from the Pikes Peak expedition, 1911. 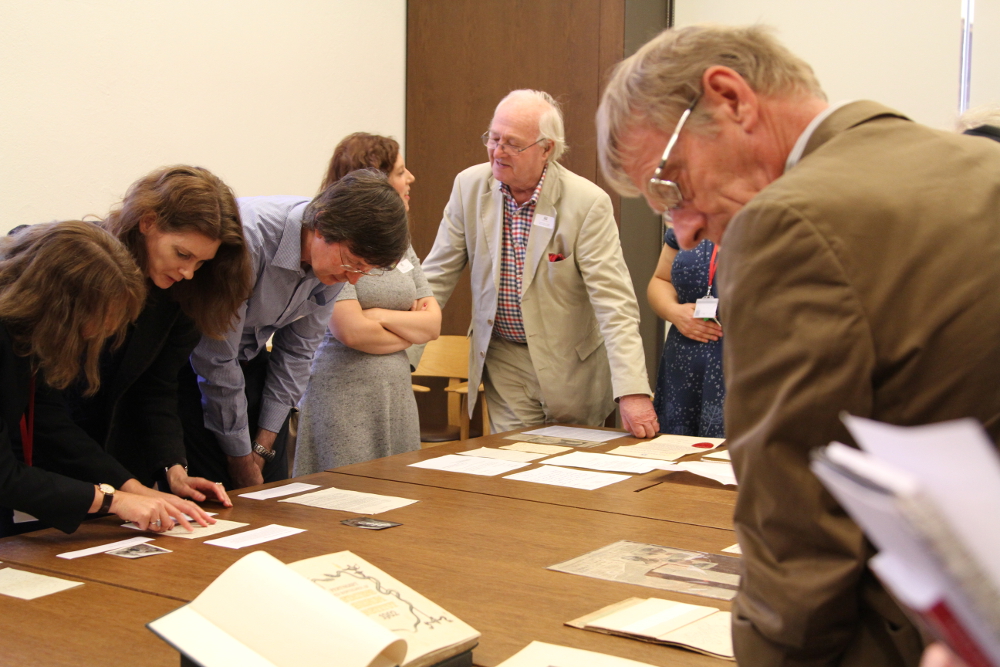 Geoffrey Purefoy, Mabel FitzGerald’s grandnephew and donor of her archive, in conversation with 21st-century scientists. 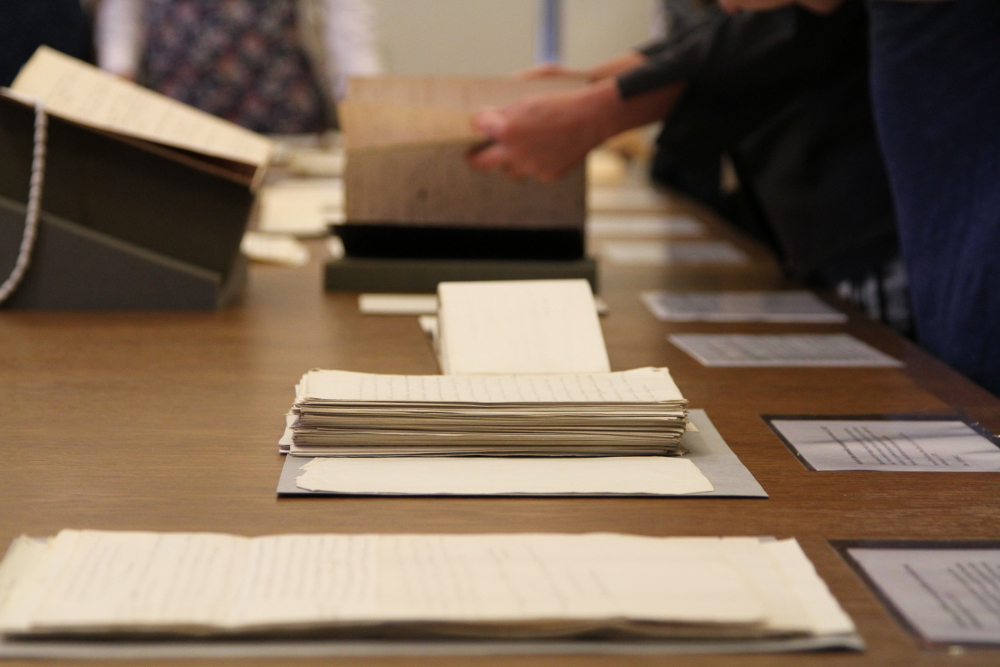 We can only ever show a very small selection of material at events like these, but our archives are available to readers in the Special Collections reading rooms. Why not have a look at the Bodleian Archives and Manuscripts online catalogues and search for ‘Somerville’ or ‘Hodgkin’ to discover the full collections? – The catalogue of the Mabel FitzGerald Archive will become available shortly, as the result of a cataloguing project funded by the Wellcome Trust. Watch this space for news!