Last month, I attended the 13th International Conference on Digital Preservation, this year hosted in Bern, Switzerland. The four days of papers, panels, posters and workshops were an intensive and exciting opportunity to meet with colleagues working in digital preservation around the world, share ideas, and hear about innovative projects and approaches. The topics ranged widely from technical systems and practices, to quality and risk assessment, and stewardship and sustainability. What follows are just a couple of highlights from a really fascinating week. 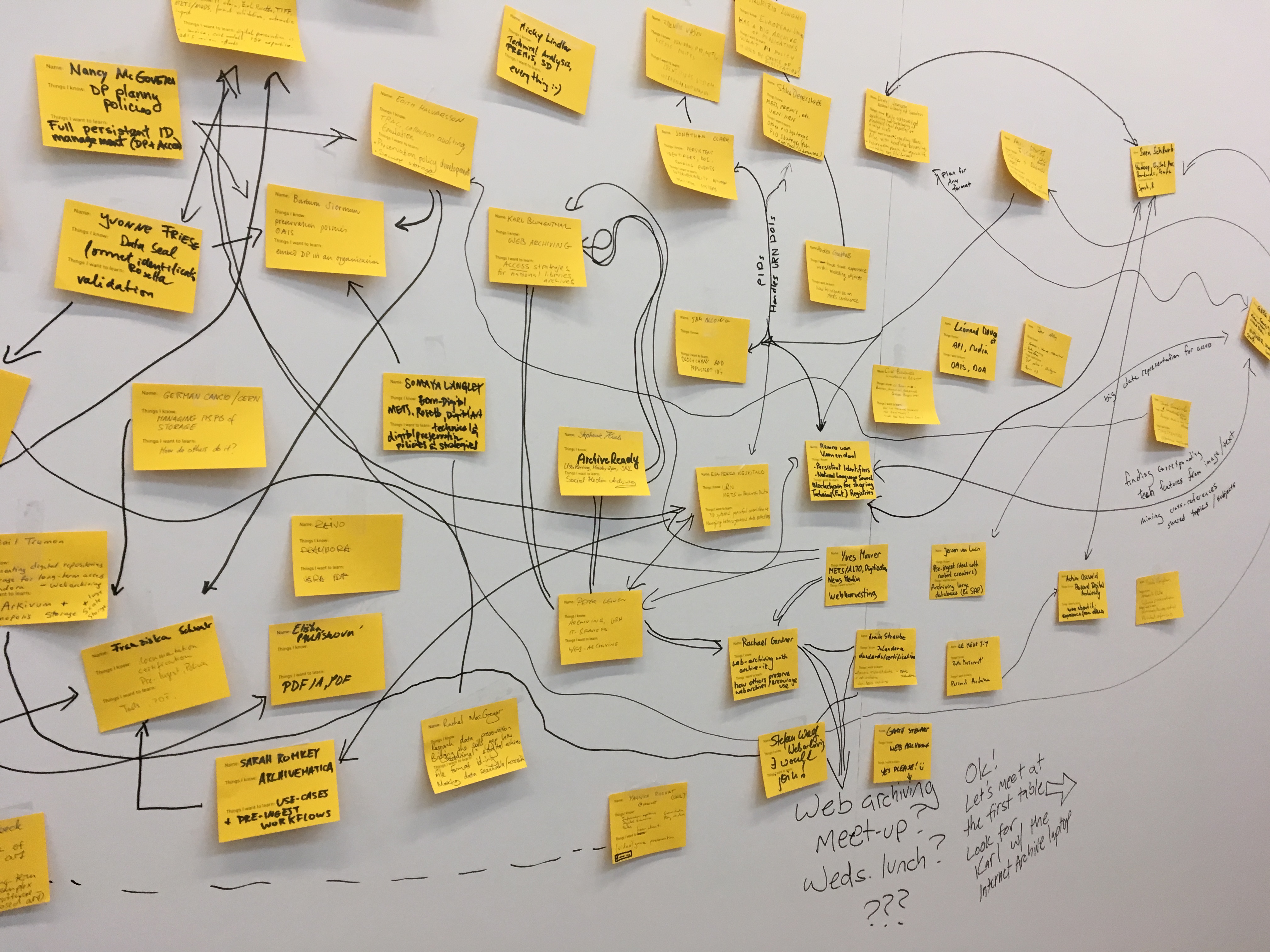 As email, digital documents and social media replace traditional forms of communication, it is crucial to be able to preserve born-digital material and make it accessible. An area which I hadn’t previously considered was the realm of net-based art. Here, the internet is used as an artistic medium, which of course has implications (and complications) for digital preservation.

In her key-note speech, Sabine Himmelsbach from the House of Electronic Arts in Basel, introduced us to this exciting field, showing artwork such as Olia Lialina’s ‘Summer’, 2013, shown below. 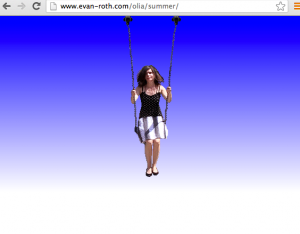 The artwork features an animated loop of Lialina swinging from the browser bar. Each frame is hosted by a different website, and the playback therefore depends on your connection speed. This creative use of technology creates enormous challenges for preservation. Here, rather than preserving artefacts, it is the preservation of behaviours which is crucial, and these behaviours are extremely vulnerable to obsolescence.

Marc Lee’s ‘TV Bot’ is another net-based artwork, which is automated to broadcast current news stories with live TV streams, radio streams and webcam images from around the world. Reliant on technical infrastructure in this way, the shift from Real Player to Adobe Flash Player was one such development which prevented ‘TV Bot’ from functioning. The artist then not only worked on technical migration, but re-interpreted the artwork, modernising the look and feel, resulting in ‘TV Bot 2.0’ in 2010. This process soon happened again, this time including a twitter stream, in ‘TV Bot 3.0’, 2016. In this way, the artist is working against cultural, as well as technical obsolescence. 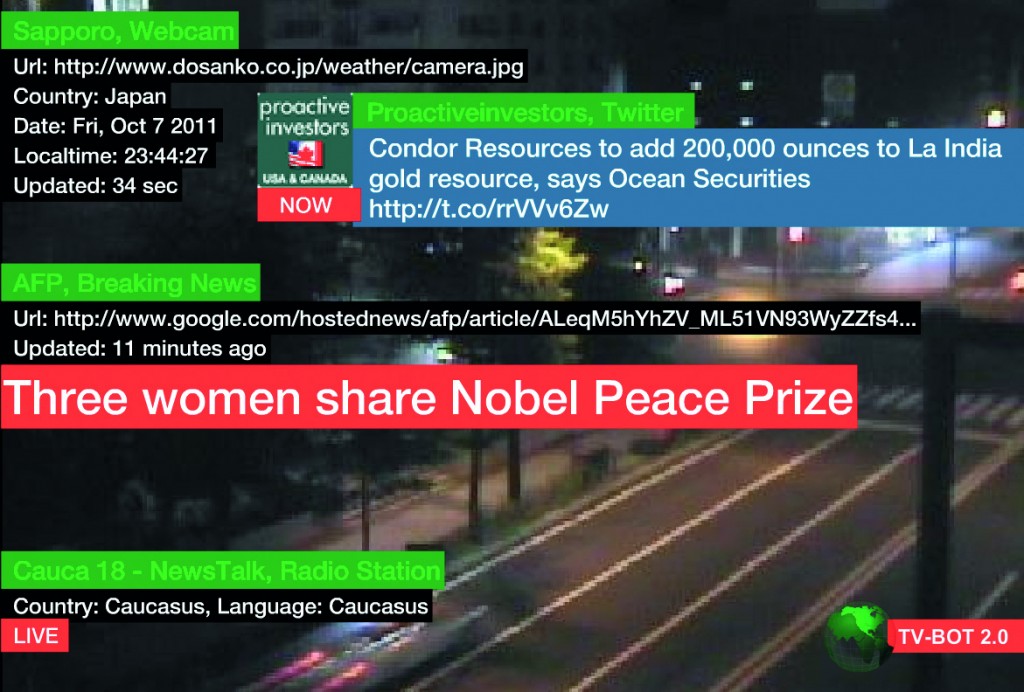 The heavy involvement from the artist in this case has helped preserve the artwork, but this process cannot be sustained indefinitely. Himmelsbach ended her speech by stressing the need for collaboration and dialogue, which emerged as a central theme of the conference.

A new approach to web archiving

Another highlight was the workshop on Webrecorder lead by Dragan Espenschied from Rhizome. He introduced their new tool which departs from the usual crawling method to capture web content ‘symmetrically’, which results in incredibly high-fidelity captures. The demonstration of how the tool can capture dynamic and interactive content sparked gasps of amazement from the group!

Webrecorder not only captures social media, embedded video and complex javascript (often tricky with current tools), but can actually capture the essence of an individual’s interaction with the web-content.

Current web archiving strategies aren’t able to capture the personalised nature of web use. How to use this functionality is still a big question, as a web recording in this way would be personal to the web archivist: showing what they decided to explore, unless a systematic approach was designed by an institution. This itself would be very resource-intensive, and is arguably not where the potential of Webrecorder lies: the ability to capture dynamic content, such as net-based artworks. However, the possibility of preserving not only web content, but our interaction with it, is a very exciting development. 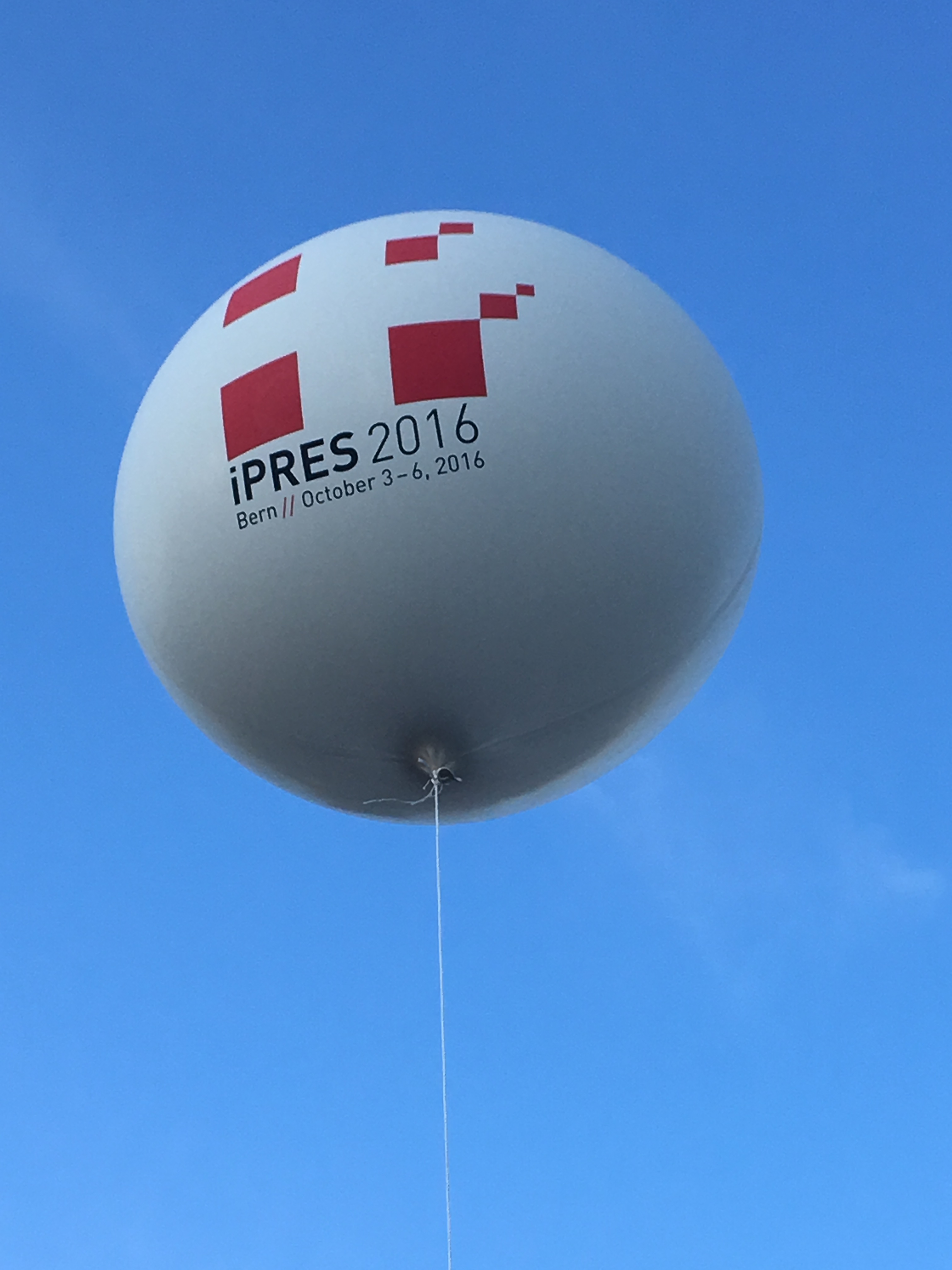 iPRES 2016 was a fantastic opportunity to gain insight into projects happening around the world to further digital preservation. It showed me that often there are no clear answers to ‘which file format is best for that?’ or ‘how do I preserve this?’ and that seeking advice from others, and experimenting, is often the way forward. What was really clear from attending was that the strength and support of the community is the most valuable digital preservation tool available.