One of the joys of working for the Bodleian is the capacity of manuscripts to surprise. During the final preparations for The hunt in Mughal India exhibition , I was asked to look at the mount of one of the manuscripts for display (MS. Ouseley Add. 171, f. 6r). The 1947 mount tightly framed the miniature, which is painted in subdued greens and browns. When folded back from the miniature, the artist’s border of warm pink and gold was revealed, bringing the whole composition to life. It was a pleasure to give permission for the old mount cover to be removed so the picture could be displayed as the artist had originally intended it to be seen. 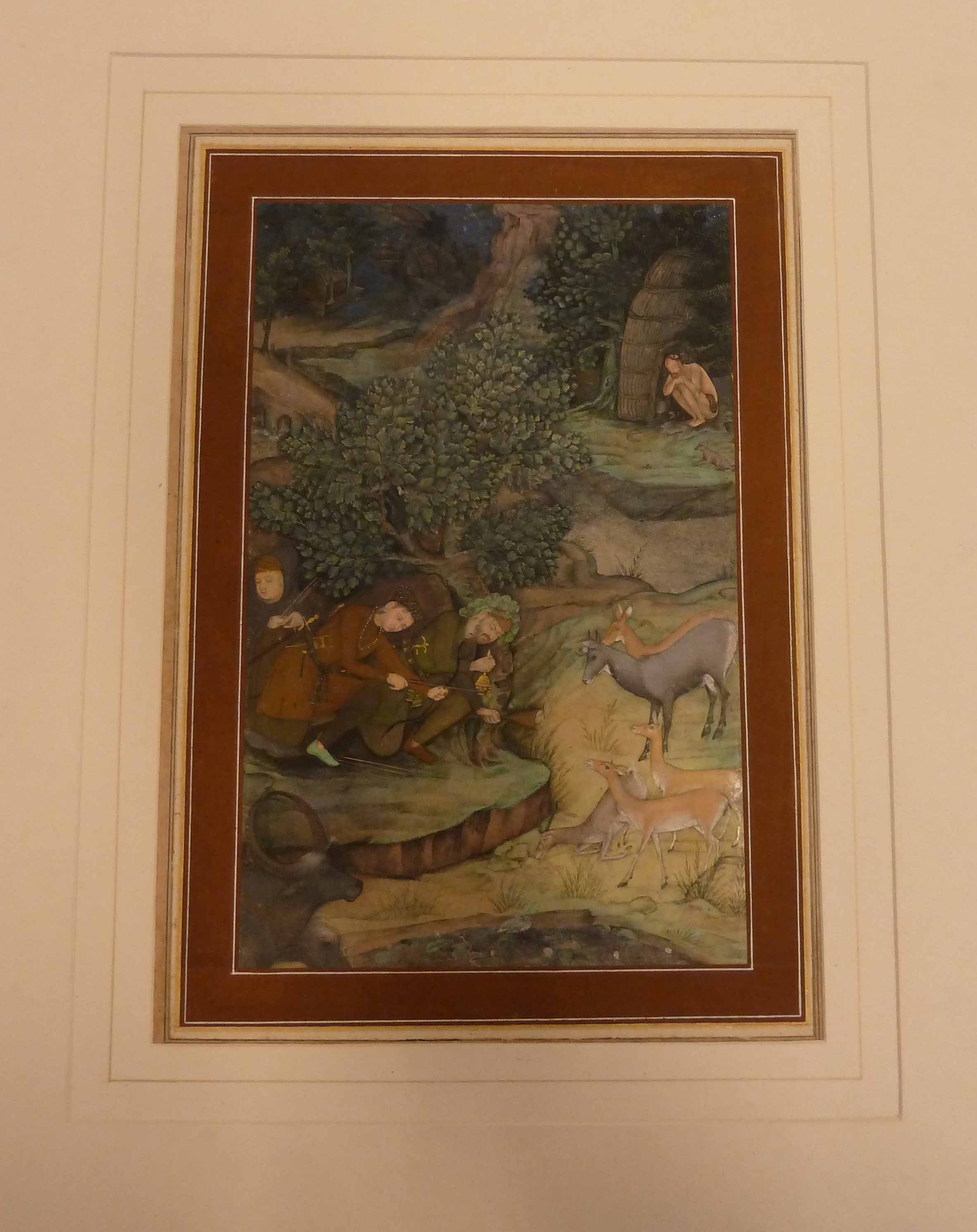 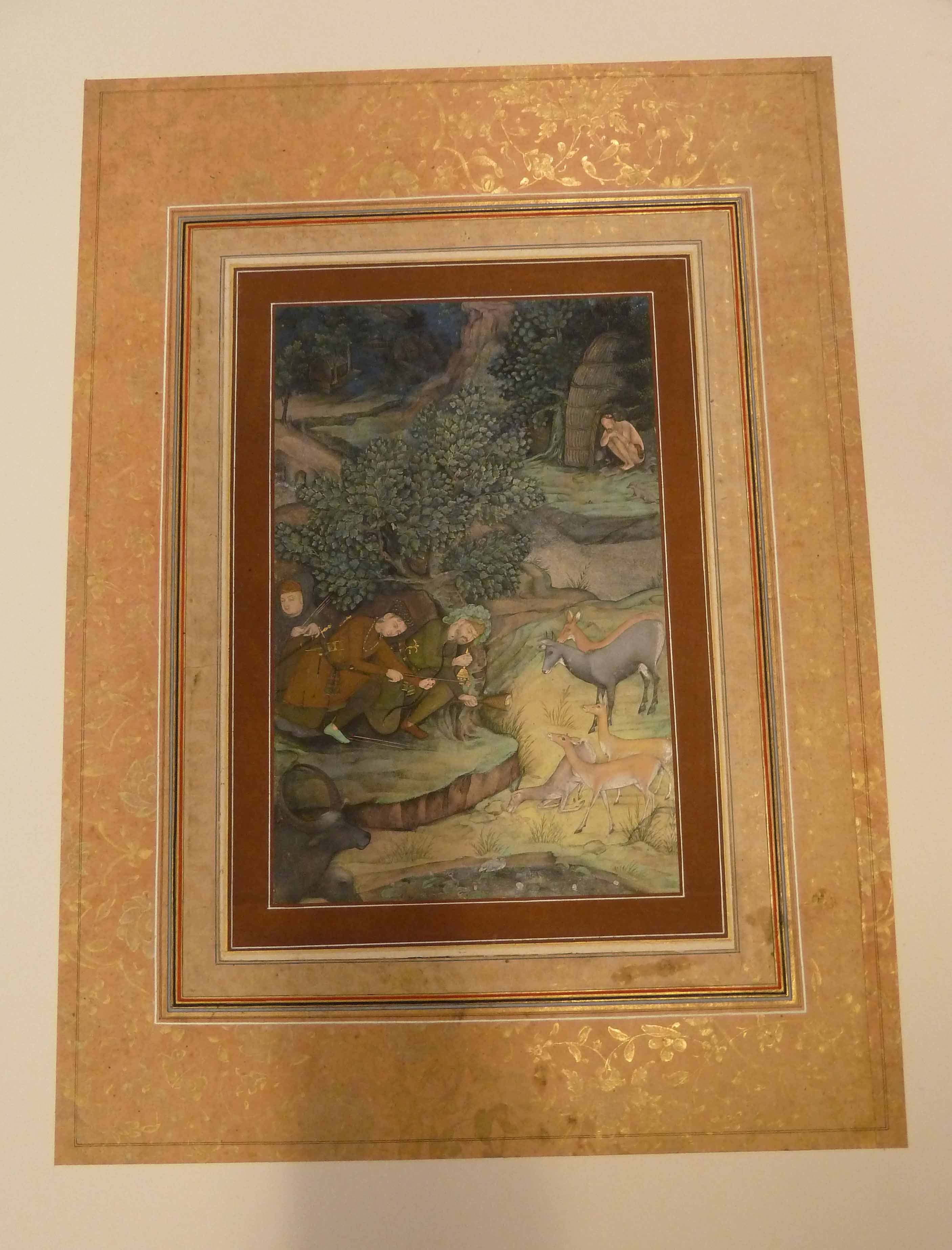 A further hidden masterpiece that cannot be shown in the exhibition is the reverse of the painting of the nobleman hunting with a decoy blackbuck (MS. Douce Or. b. 3, f. 29r), which is covered with exquisite calligraphy. The relationship between the calligraphic panel and the painting has yet to be fully researched. 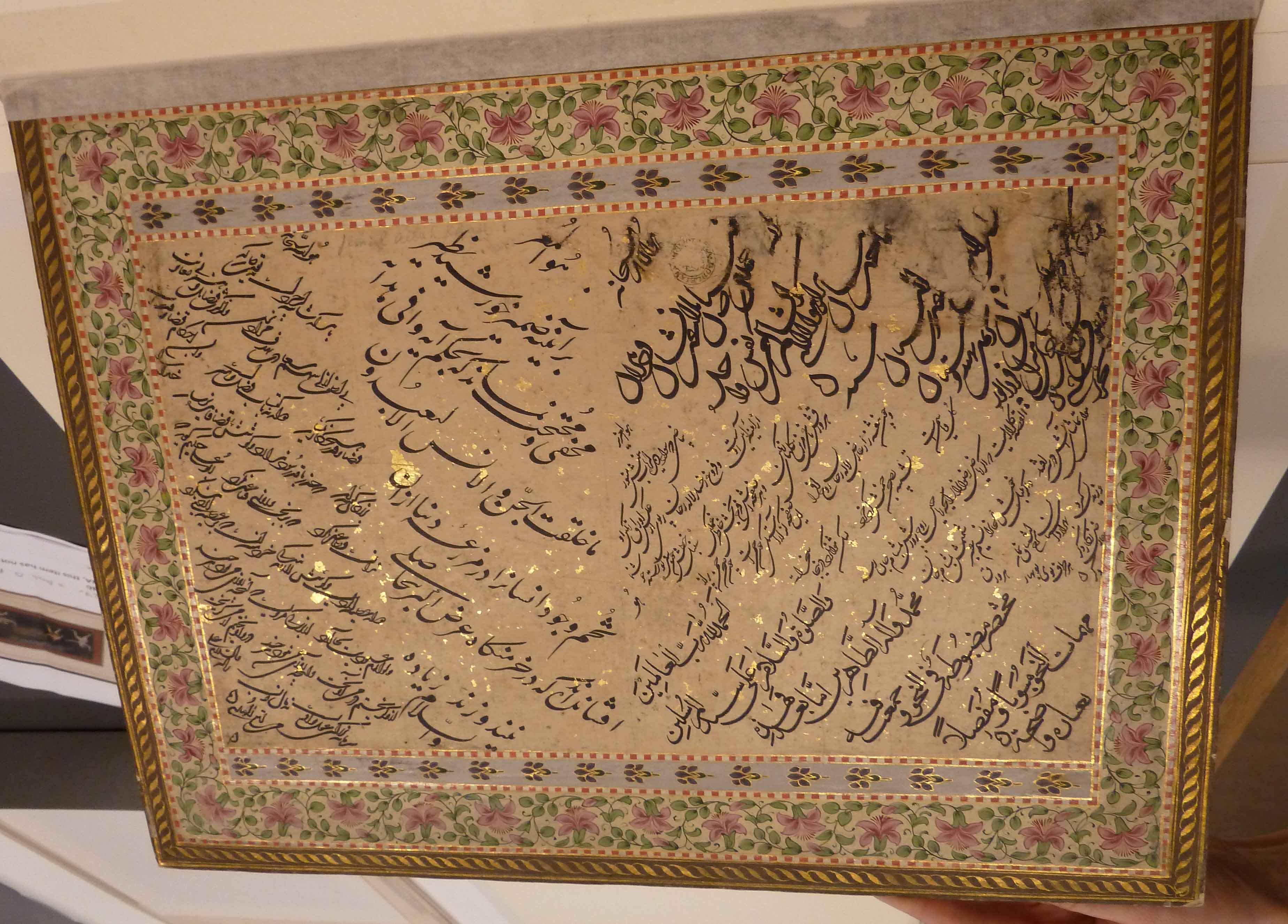 The hunt in Mughal India exhibition runs until the 8th of January and is open to the public. Readers at the Bodleian Oriental Institute Library can also see an associated exhibit of modern printed books relating to the theme of the Mughal hunt. 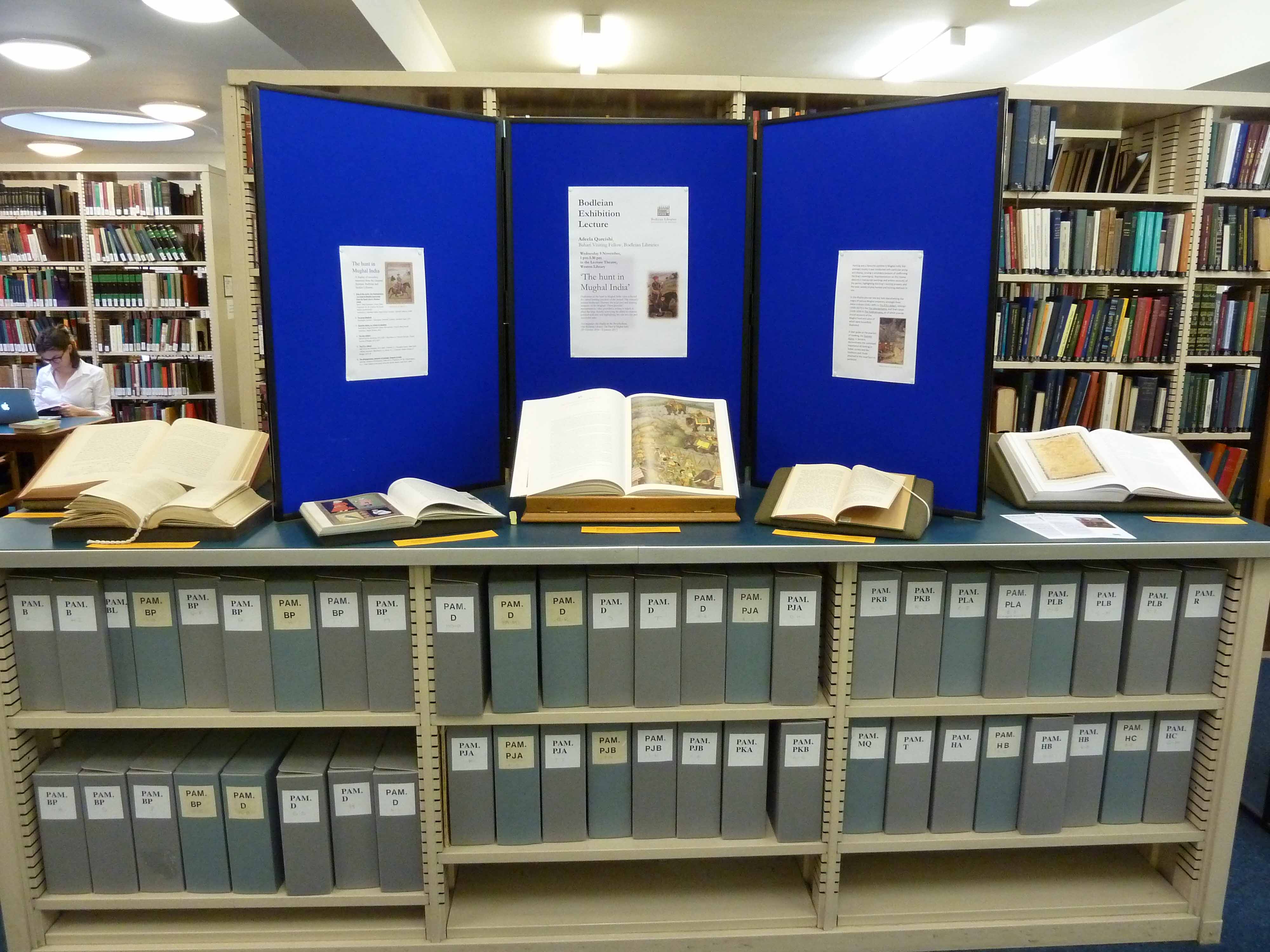