Yesterday I attended the ARA Film Archives Training day in the Wessex Film and Sound Archive in Winchester. The four talks over the course of the day were an excellent introduction to some of the uses of film archives as well as the issues associated with them. 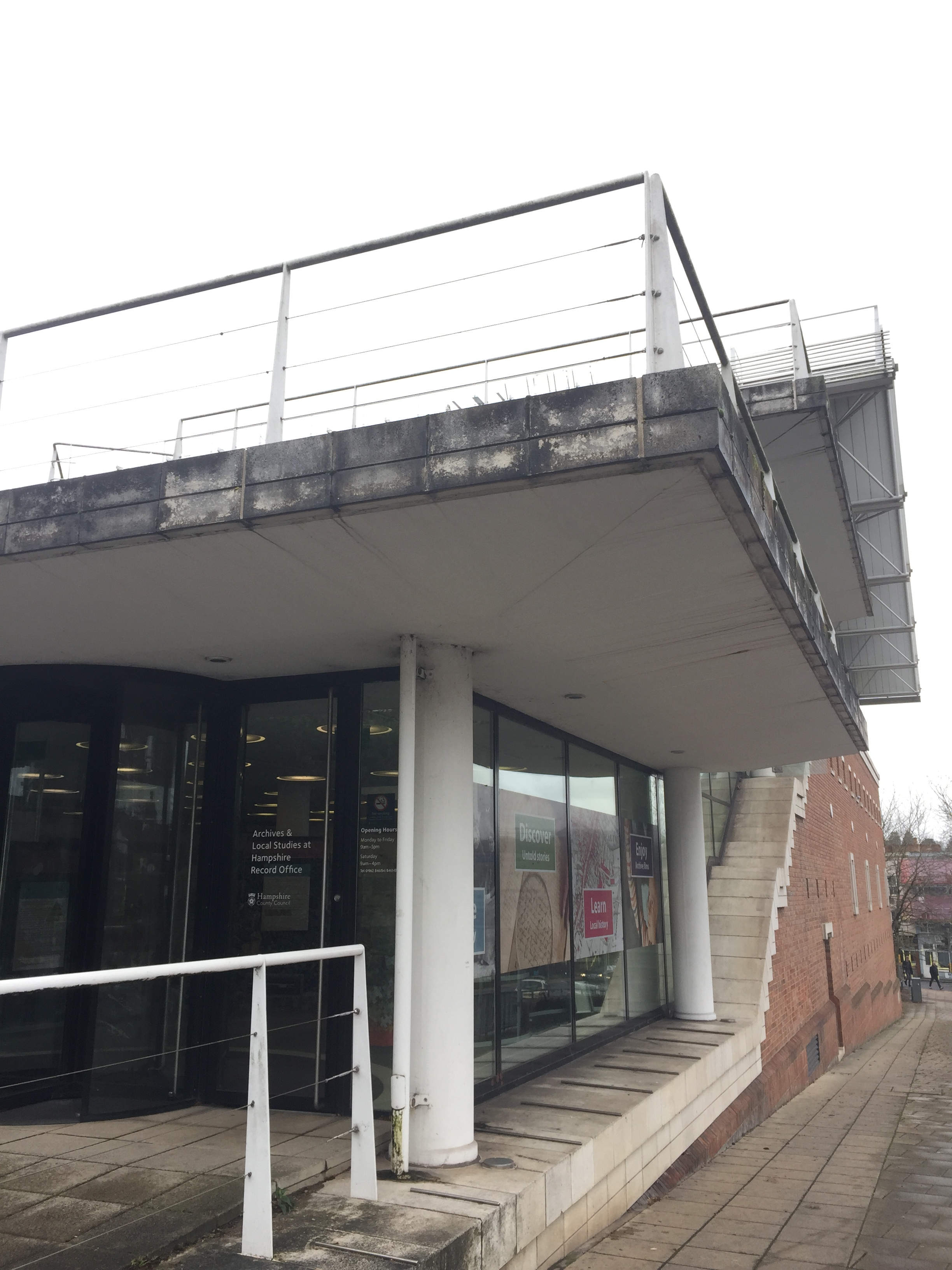 Moving Collections: the impact of archive films in museum displays

Sarah Wyatt of the National Motor Museum gave a fascinating talk on the use of archive film and video footage in museum displays. She discussed a number of benefits in the use of videos- including acting as a restorative from “museum fatigue” (that familiar sensation of being mentally and physically exhausted after wandering around a museum for too long), helping to bring displays to life and showing the motion of moving objects too delicate to be regularly operated.
One unexpectedly interesting takeaway from her talk was the revelation that videos in museums are not at all a recent idea. The Imperial War Museum used to enhance their displays with mutoscopes in the 1920s and 1930s!

Bringing Our History To Life: promoting the use of archive film in cross curricular learning

Zoe Viney of the Wessex Film and Sound archive followed, with a talk on the use of archive film in teaching, and the resource packs for schools they are currently trialling (and how it can be relevant beyond just history lessons). The positive effects she discussed included giving a greater insight into the past, supporting investigation and enquiry skills and creating a sense of greater empathy when the children view the footage and realise it is showing actual people, rather than an abstract idea of “the past.” Its use became especially clear when she set an exercise to link a very short film clip showing the return of a stolen ship to possible teaching opportunities. Each group managed to provide a wealth of possibilities, from geography lessons based around ship routes and learning ocean names, to English lessons based around children writing applications to join the new ship crew. Any school children who get the opportunity to use the Wessex Film and Sound Archive resource packs will be very lucky.

After a short break (including tea and biscuits, of course) Dr Frank Gray began his talk centred mostly on how the Screen Archive South East functions, as well as showing some amazing examples of archive film from their collections. A personal highlight was noticing that their workflow for digitising film followed a very similar structure to ours for digitising cassette tapes – it’s exciting to see the similarities in practice between different media.
But the true highlight of his talk came in the examples of digitised film from their collections, and especially the Kinemacolor film shown in its original colours. Kinemacolor was a film format developed in Brighton during the early 20th century which used alternating red and green filters in projectors produce colour when viewed. Unfortunately those projectors are now lost, so there had been no way to view Kinemacolor film as it was intended to be seen until a way to digitally reconstruct the colour was established recently. Information about the Screen Archive South East’s past exhibitions of Kinemacolor can be found here. 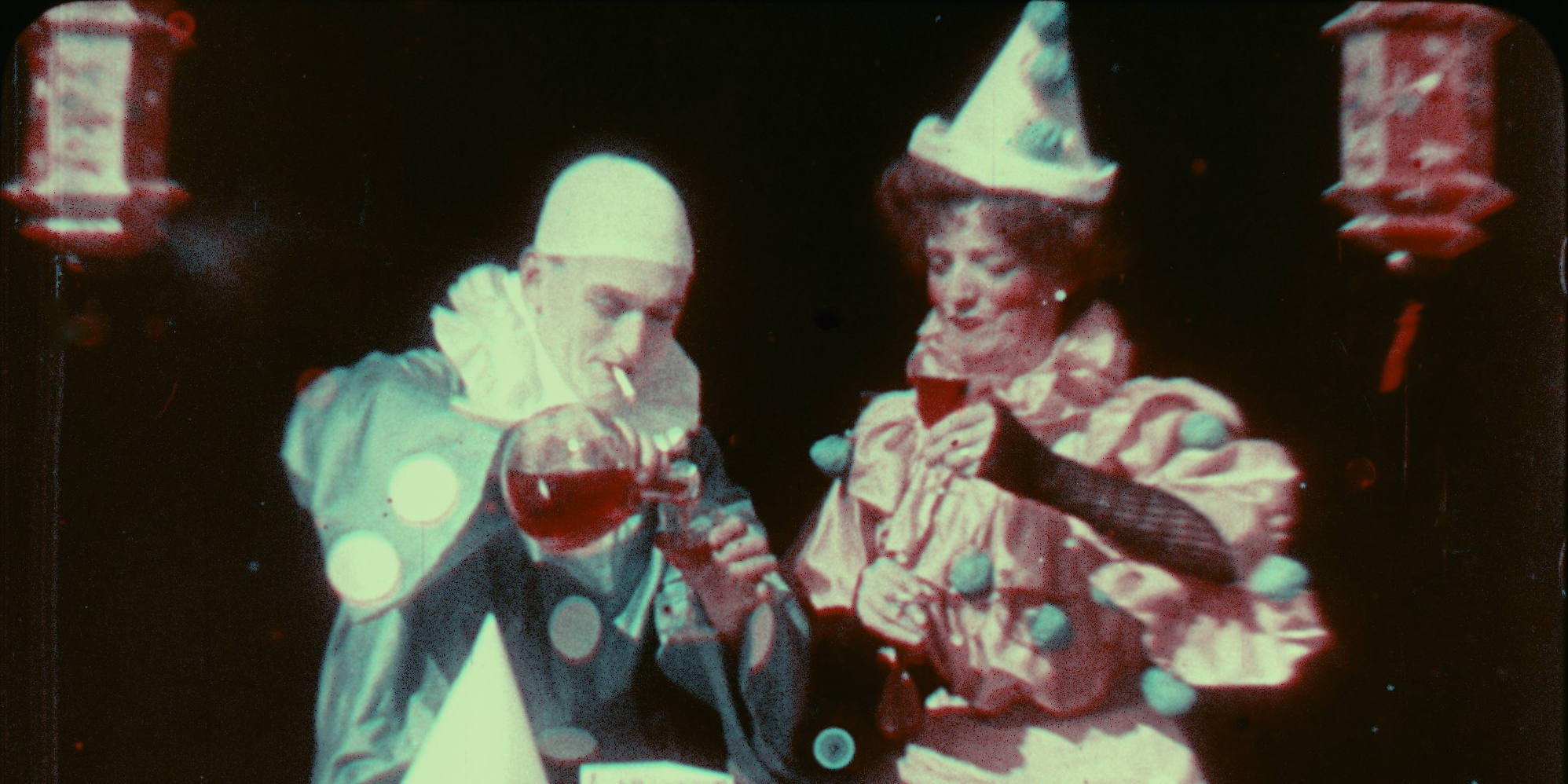 ‘The Two Clowns’, a 1906 Kinemacolor film by George Albert Smith, from http://screenarchive.brighton.ac.uk/portfolio/capturing-colour/

Sarah Wyatt delivered the final talk, a short informative talk on vinegar syndrome, a condition that affects acetate film and, if left untreated and in the wrong conditions, will entirely degrade it. The titular smell is the most familiar symptom, caused by a release of acetic acid that causes irreparable damage at just 3 – 5 parts per million! Even more worryingly, the familiar smell is generally an advanced stage symptom and the syndrome cannot be reversed – just halted if proper precautions are taken. Earlier symptoms can include cracking, shrinking, warping, buckling, flaking and white powder deposits. It was very enlightening, and showed just how important proper storage is. 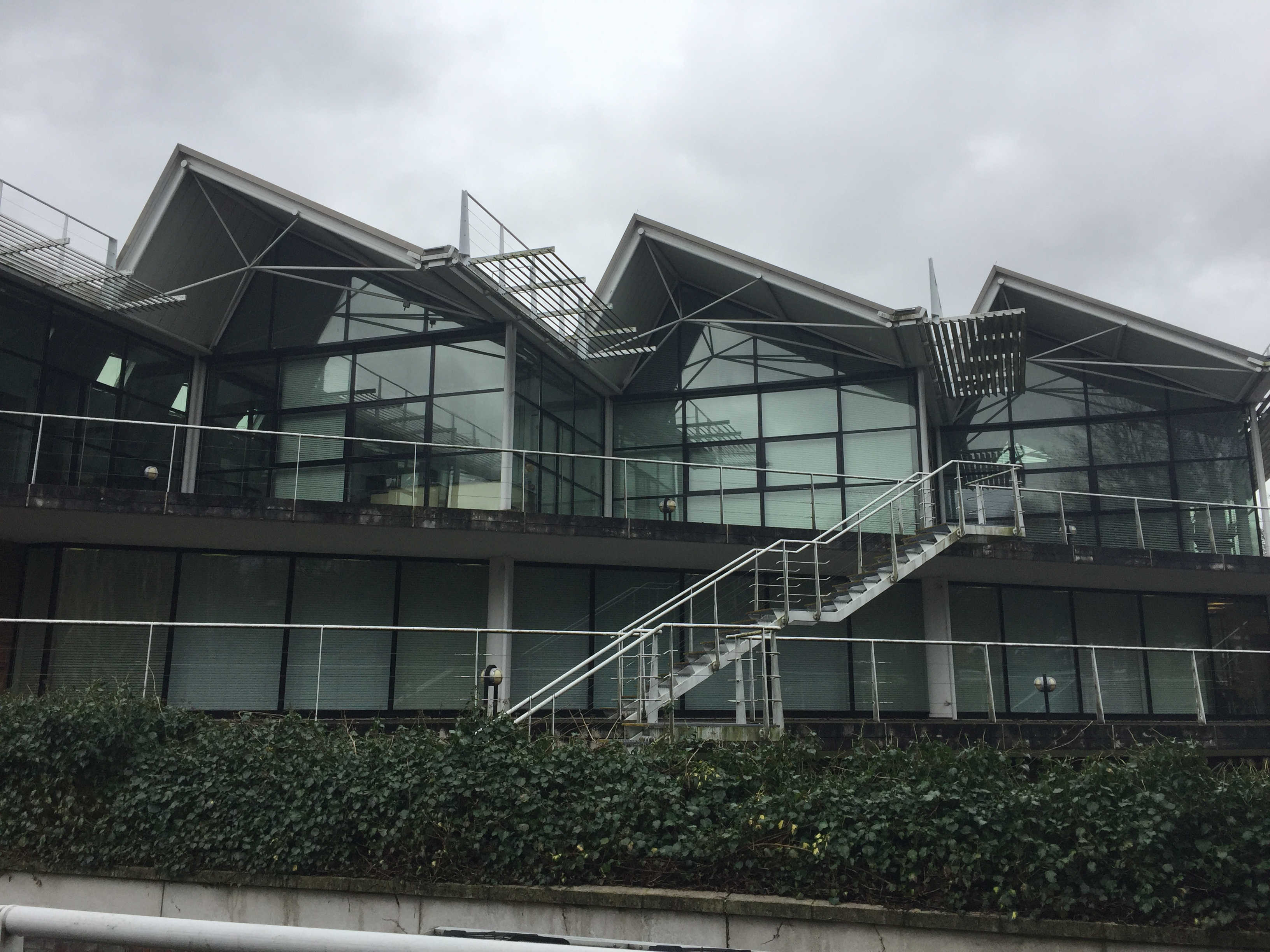 The back of Hampshire Record Office

By the end of the training day I had a new appreciation for film archives. I hadn’t before realised just how versatile they are, or how many uses beyond the traditional documentary footage or news clips footage there are.