On Saturday, the 8th of April a group of bibliophiles from the Anglo-Ethiopian Society visited the Weston Library. Their trip from London to Oxford was intended as a study day, attending lectures and a photo exhibition on the illuminated Gospels from the Abba Garima Monastery. During the academic programme, Dr Judith McKenzie spoke about the themes of Garima illumination, while Professor Francis Watson gave a lecture on canon tables. The first part of the day took place at the Ioannou centre and was organised by Judith McKenzie, Miranda Williams, and Foteini Spingou, with photographs by Michael Gervers.
In the afternoon, a small display of Bodleian Ethiopian treasures was ready for the group in the Blackwell Hall. The two fifteenth century biblical codices on display were given to the library by Dr Bent Juel-Jensen in 2006. These exceptional codices come with a wealth of painted miniatures, representing biblical figures from the patriarchs to evangelists. MS. Aeth. c. 14, comprising the Four Gospels in Ge’ez script is thought to come from the Gojjam province in north-western part of Ethiopia. There are four colour miniatures of the Evangelists, one before each Gospel. These were made by Nicolo Brancaleone, a Venetian artist active in Ethiopia. 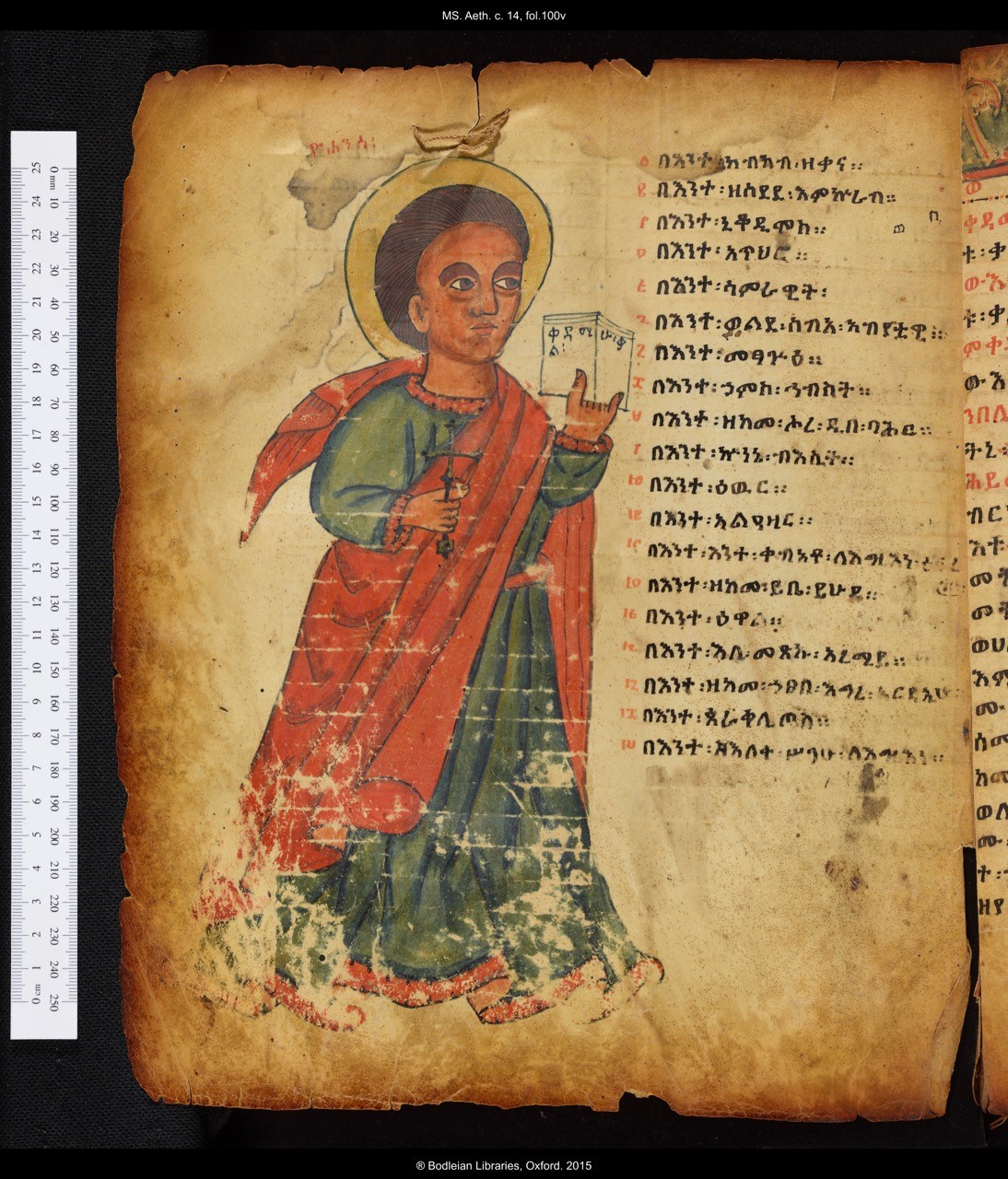 The other mid-fifteenth century illuminated manuscript, MS. Aeth. d. 19 includes Psalms, hymns of the Old Testament, Song of Songs and Praises of Mary. 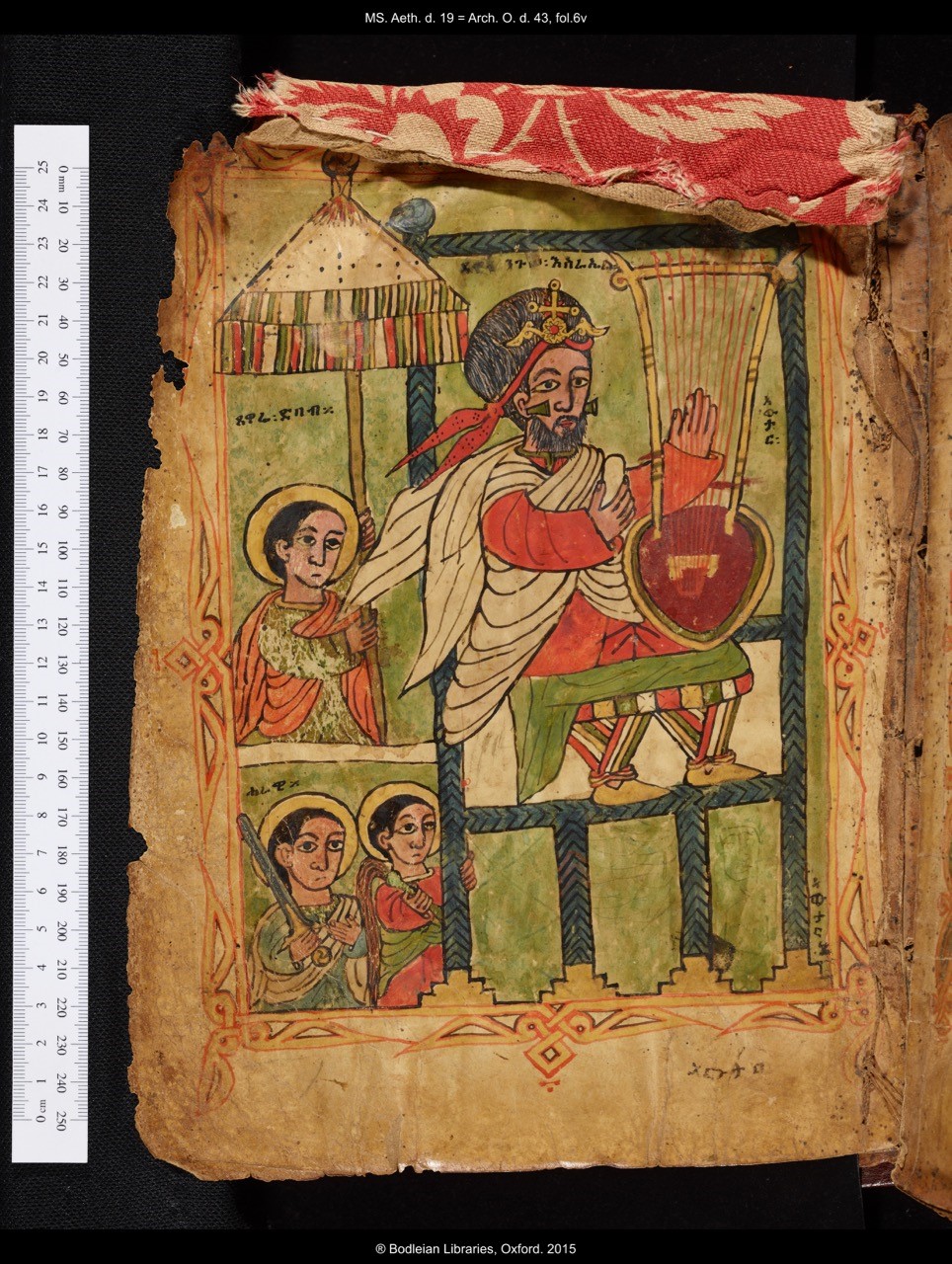 The display at the Bodleian was received with great interest and there definitely was a sense of enthusiasm for promoting the collection also in the future. Many thanks to the colleagues in the Oriental collections, as well as Exhibitions department for their support. It was a great pleasure to meet the many members of the Anglo-Ethiopian Society and we look forward to welcoming all back in the future!