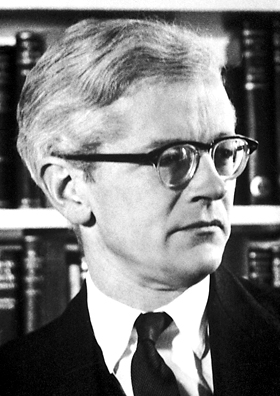 The Kendrew archive is quite substantial – 397 boxes. The papers cover all stages of Kendrew’s life from his early school years at the Dragon School in Oxford and Clifton College in Bristol to his undergraduate years at Trinity College, Cambridge; his wartime experience (mostly as Scientific Officer in Cairo and later in India and Ceylon); and all stages of his later professional career, including his five years as President of
St. John’s College, Oxford.

By far the largest part of the collection is devoted to his research at a variety of institutions. Some of the papers are highly technical, covering numerous aspects of biology, chemistry, and crystallography. Kendrew was one of the earliest users of the EDSAC I computer. His correspondence is also extensive.