Yesterday I was lucky enough to attend a day of the Web Archiving Week 2017 conferences in Senate House, London along with another graduate trainee digital archivist. 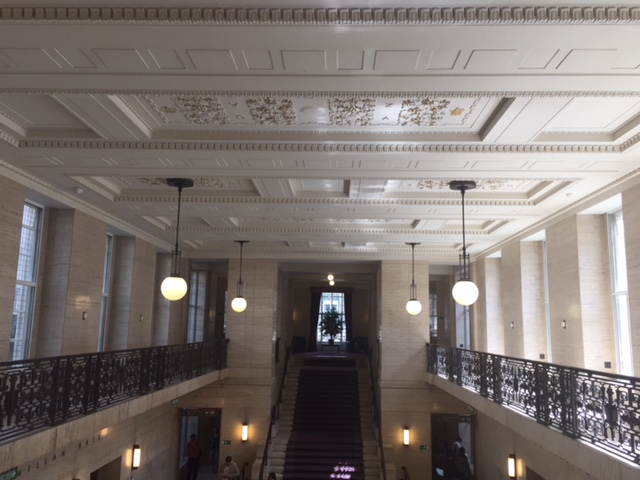 A beautiful staircase in Senate House

Every session I attended throughout the day was fascinating, but Ian Milligan’s ‘Pages by kids, for kids’: unlocking childhood and youth history through the GeoCities web archive stood out for me as truly capturing part of what makes a web archive so important to society today. 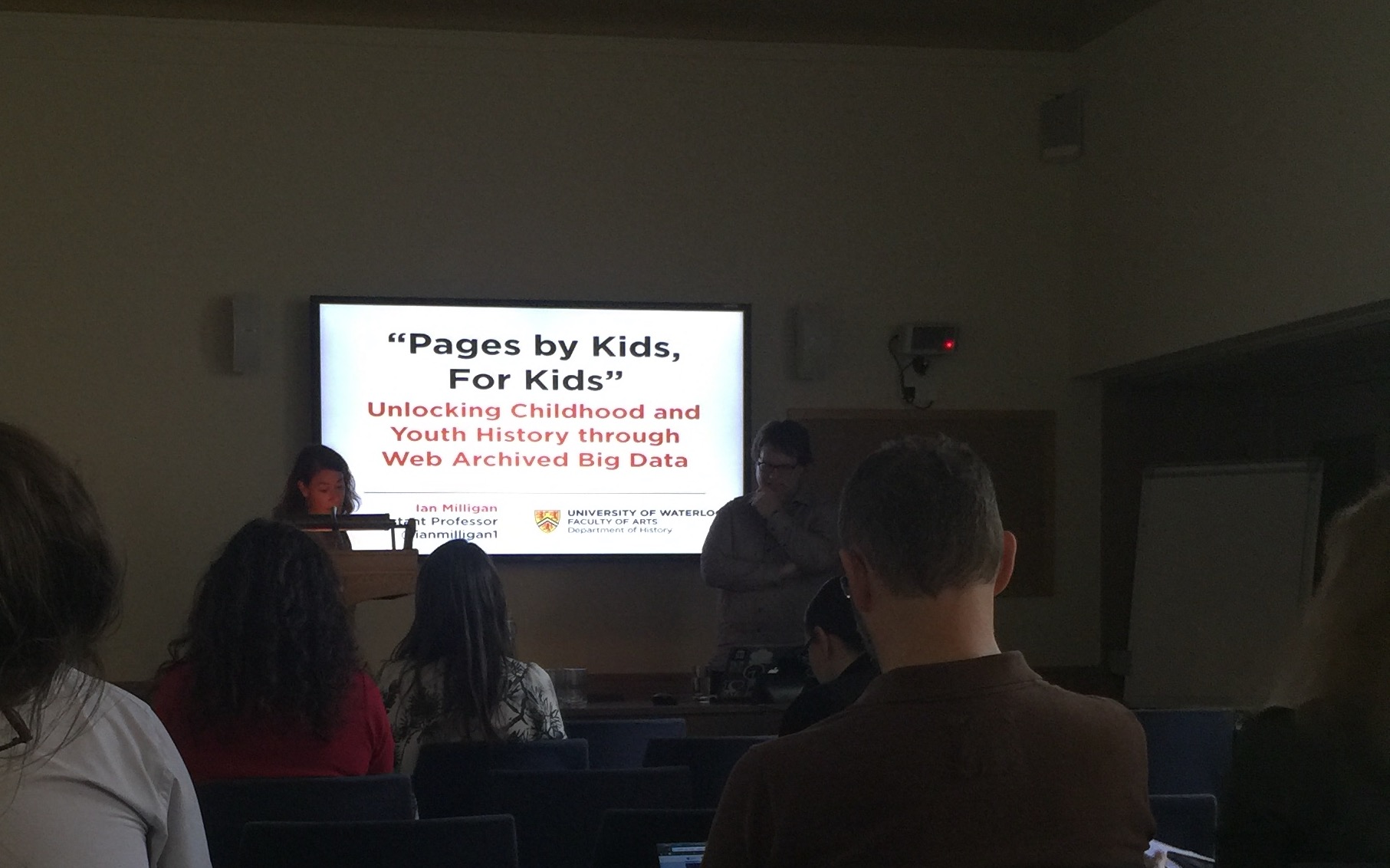 Pages by kids, for kids

GeoCities, for those unfamiliar with the name, was a website founded in 1994 from which anyone could build their own free website which would become part of a ‘neighbourhood’. Each neighbourhood was themed for a particular topic, allowing topic clusters to form from created websites. GeoCities was shut down in Europe and the US in 2009, but evidence of it still exists in the Internet Archive. 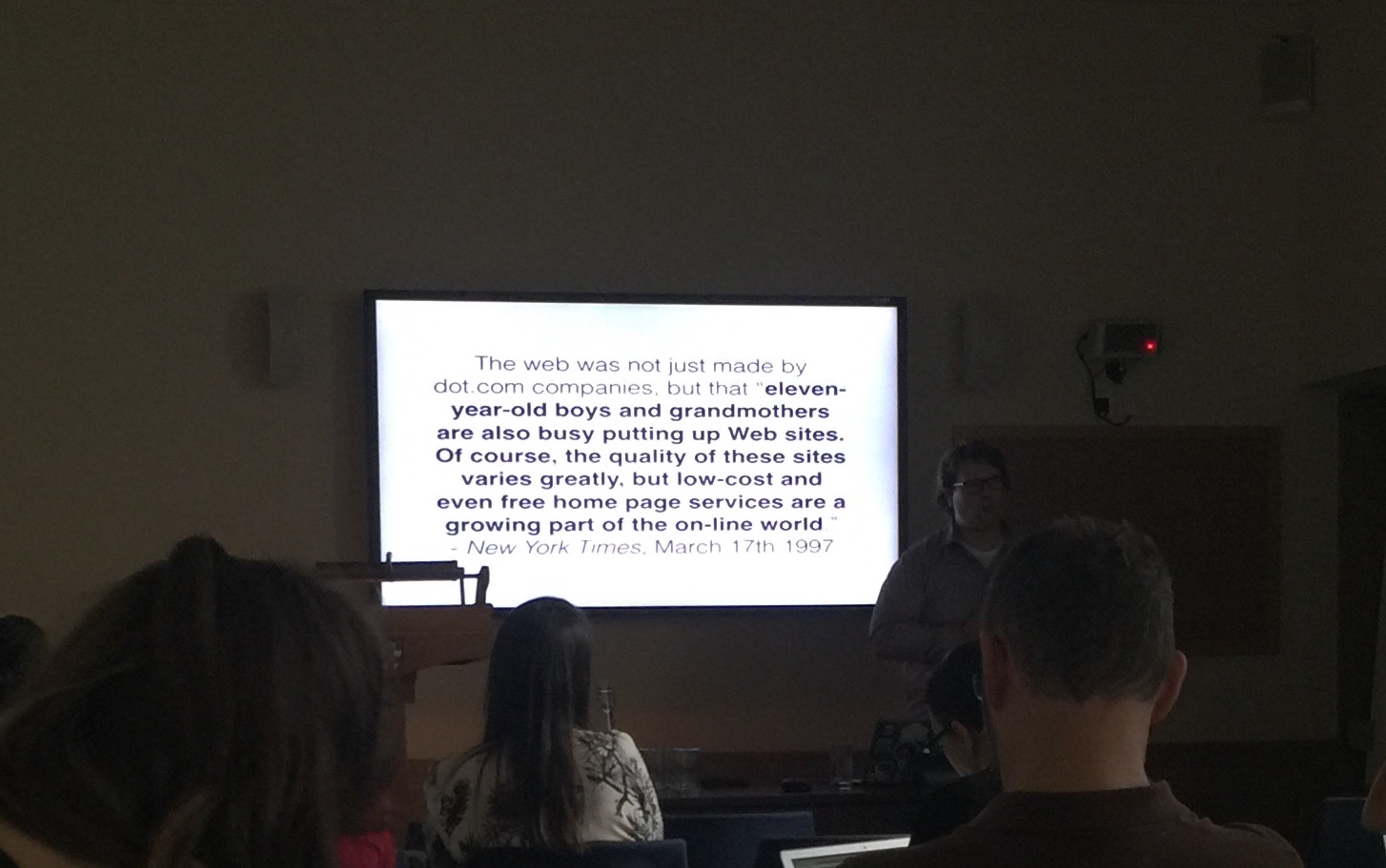 “The web was not just made by dot.com companies”

The above image shows what I think was one of the key points from the talk, a quote from the New York Times, March 17th 1997
“The web was not just made by dot.com companies, but that eleven-year-old boys and grandmothers are also busy putting up Web sites. Of course, the quality of these sites varies greatly, but low-cost and even free home page services are a growing part of the on-line world.”

The internet is a democracy, and to show a true record of how and why it has been used it necessarily involves people – not just businesses. By having GeoCities websites within the Internet Archive, it’s possible to access direct evidence of how people were using the internet in the late part of the 20th century, but, as Ian Milligan’s talk explained, it also allows access to direct evidence of childhood and youth culture forming on the internet.

Milligan pointed out that access to evidence of childhood and youth culture is rare, normally historical evidence comes in the form of adults remembering their time as children or from researchers studying children, but something produced by a child for other children would rarely make it into a traditional archive. Within the trove of archived GeoCities websites, however, children producing web content for children is clearly visible. From this, it is possible to examine what constituted popular activities for children on GeoCities in the late 20th century.

Milligan noted one major activity within the Enchanted Forest centred around an awards culture, wherein a popular site would award users based on several web page qualities such as no personal identifiable information, working links and loading times of less than one minute. Some users would create their own awards to present to people, for example an award for finding all the Winnie the Pooh words in a word search. His findings showed that 15% of Enchanted Forest websites had a dedicated awards page.

A darker side of a child-centric portion of the web was also revealed in the Geokidz club. On the surface, the Geokidz Club appeared to be an unofficial online clubhouse where children could share poetry and book reviews, they could chat and take HTML lessons – but these activities came at the price of a survey which contained questions about the lifestyles of the child’s parents (the type of information would appeal to advertisers). This formed part of one of the first internet privacy court cases due to the data being obtained from children and sold on without proper informed consent.

It was among my favourite talks of the day, and showed how much richer our understanding of the recent past can be using web archives, as well as the benefit to researchers of the history of youth and childhood.
It felt particularly relevant to me, as someone who spent her teen years on the internet watching, and being involved in, youth culture happening online in the 2000s to know that online youth culture, which can feel very ephemeral, can be saved for future research in web archives. 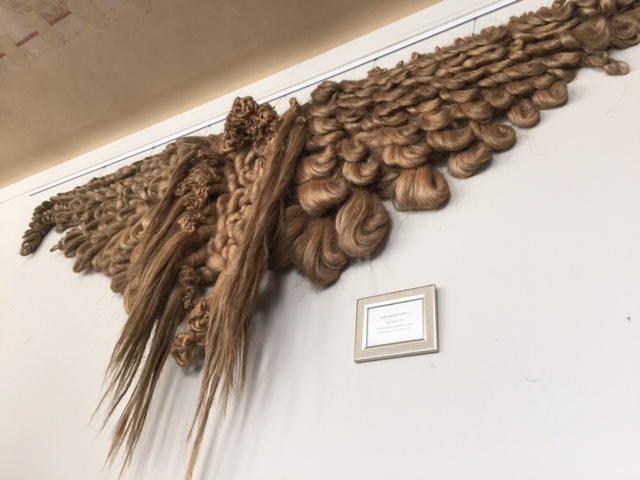 A wall hanging in Senate House (made of sisal)

In truth, any talk I attended would have made an interesting topic for this blog – the entire day was filled with informative speakers, interesting presentations and monumental, hair-like wall hangings. But I felt Ian Milligan’s talk gave such a positive example of how the internet, and particularly web archives, can give a voice to those whose experiences might be lost otherwise.