The catalogue of the archive of Hilary Bailey is now available online here.

Hilary Bailey (1936 – 2017), was a writer and editor whose career spanned many decades and genres. Her early output largely focussed on science fiction, with many of her short stories, including The Fall of Frenchy Steiner (1964), published in the science fiction publication New Worlds during the 1960s, and during this time she also co-authored The Black Corridor (1969) with her then husband, the science fiction writer Michael Moorcock; Bailey served as editor of New Worlds from 1974 to 1976 .

Hilary Bailey’s post-New Worlds output tended not to fall under the genre of science fiction. Her first solo full length novel, Polly Put The Kettle On (1975), was the first Polly Kops novel she wrote, and the character would later feature in Mrs Mulvaney (1978) and As Time Goes By (1988) – novels focussing on a woman in London through the 1960s to the 1980s.

Indeed, much of Bailey’s work had a focus on women, including her retellings and sequels of classic novels – including Frankenstein’s Bride (1995) – an alternate telling wherein Victor Frankenstein agrees to build the monster a wife rather than spurning the suggestion and Mrs Rochester (1997), which imagines Jane Eyre’s life a number of years  into her marriage to Edward Rochester. Women were also the focus of her historical fiction novel, The Cry From Street To Street (1992), which imagined the life of a victim of Jack the Ripper and Cassandra (1993), a retelling of the fall of Troy. She also authored a biography on Vera Brittain. 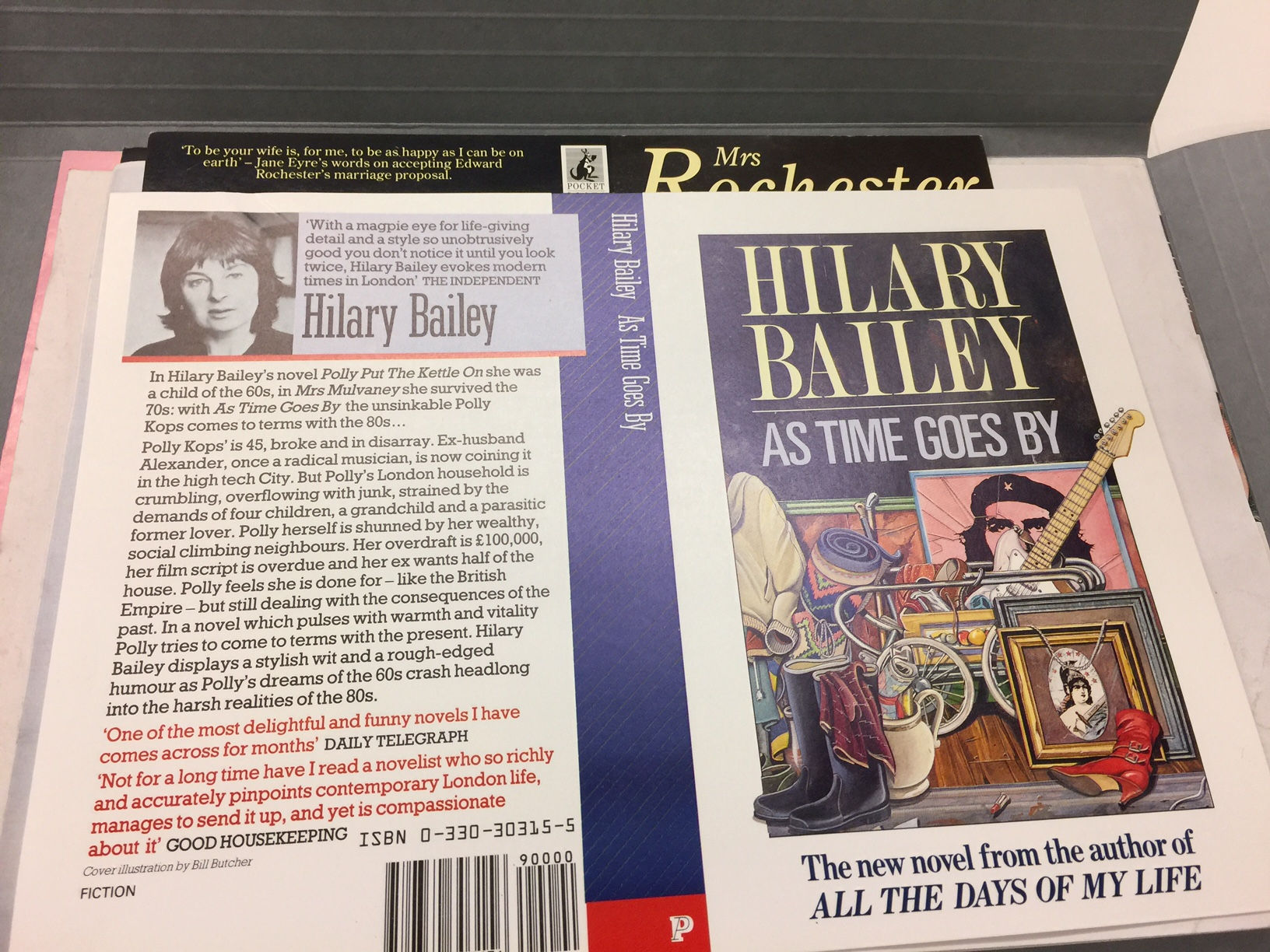 Her most recent work ranged from the speculative fiction Fifty-first State (2008), a novel set in the then near-future of 2013, looking at politics within the United Kingdom, to imagining Sherlock Holmes’ sister in The Strange Adventures of Charlotte Holmes (2012).

The archive comprises a large amount of correspondence both personal, with family, friends and other writers and professional, with publishers and literary agents, as well as artwork for book jackets, early draft manuscripts for novels and assorted miscellanea.

Bailey’s archive also includes a small series at the end consisting of correspondence and draft writings belonging to Graham Hall (1947-1980), a friend of Bailey’s and fellow New Worlds contributor, editor, science fiction writer and general science fiction enthusiast. As Hall’s writing career was cut short by his death in 1980, aged just 32, his name is perhaps not as easily recognisable as those of his correspondents. His correspondence contains interesting information regarding science fiction enthusiasts in the 1960s, from Hall’s early involvement with fanzines and hopes to compile bibliographies for the work of more well-known science fiction writers, to his involvement with the scene and time as editor of New Worlds. Hall’s illness and death are chronicled in Michael Moorcock’s novel, Letters from Hollywood (1986).