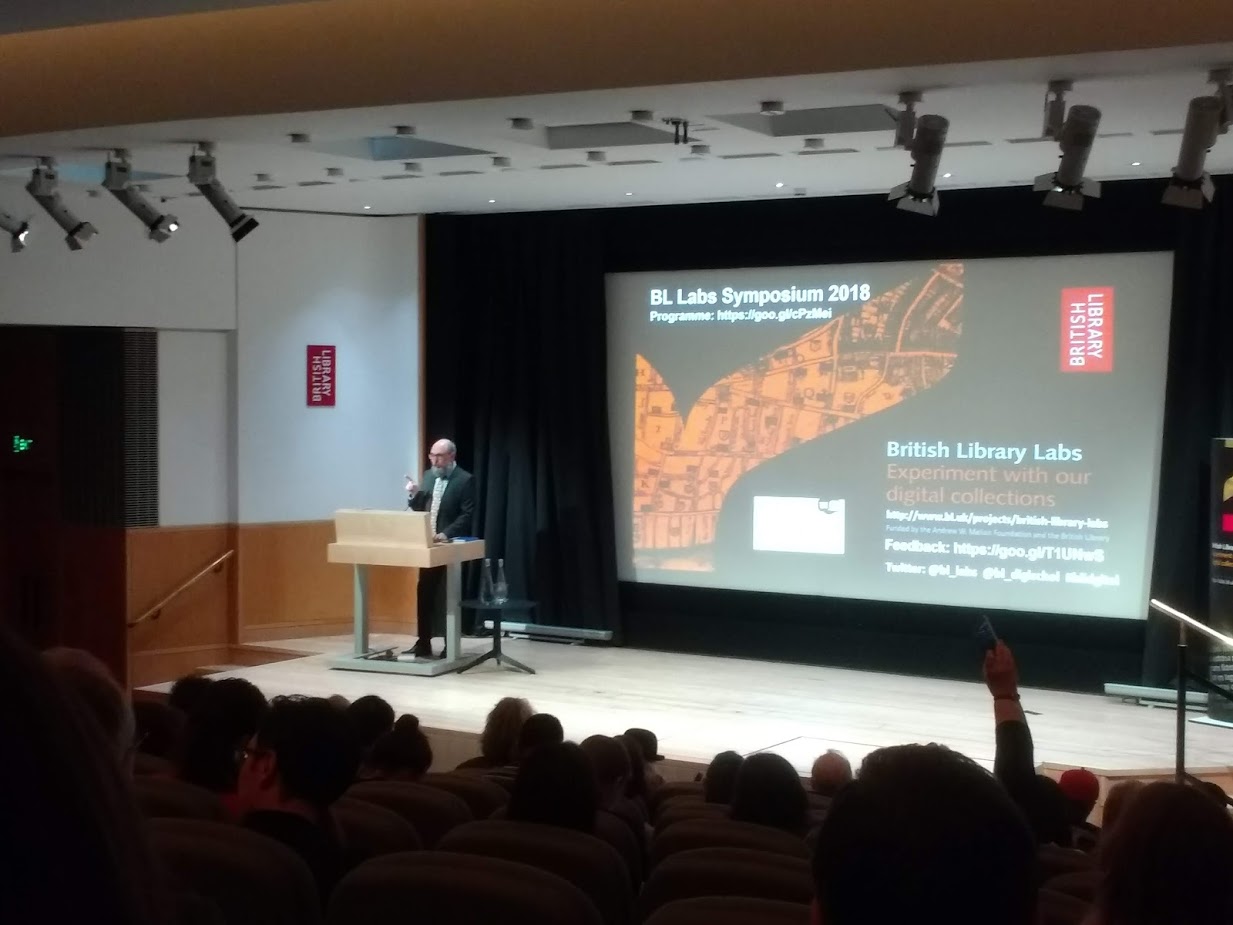 According to Adam Farquhar, Head of Digital Scholarship at the British Library, this year’s symposium was their biggest and best attended yet: a testimony to the growing importance of digitization, as well as digital preservation and curation, within both archives and libraries.

This year’s theme of 3D models and scanning was wonderfully introduced by Daniel Prett, Head of Digital and IT at the Fitzwilliam Museum in Cambridge, in his keynote lecture on ‘The Value, Impact and Importance of experimenting with Cultural Heritage Digital Collections’. He explained how, during his time with the British Museum, they began to experiment with the creation of digital 3D models. This eventually lead to the purchase of a rig with multiple camera’s allowing them to take better quality photos in less time. At the Fitzmuseum, Prett has continued to advocate the development of 3D imaging. The museum now even offers free 3D imaging workshops open to anyone who is in possession of a laptop and any device that has a camera (including a smartphone).

Although Prett shared much of his other successful projects with us, he also emphasized that much of digitization is about trial and error, and stressed the importance recording those errors. Unfortunately, libraries and archives alike are prone to celebrate their successes, but cover-up their errors, even though we may learn just as much from them. Prett called upon all attendees to more frequently share their errors, so we may learn from each other.

During the break I wandered into a separate room where individuals and companies showcased the projects that they developed in relation to the digital libraries special collections. A lucky few managed to lay their hands on a VR headset in order to experience Project Lume (a virtual data simulation program) and part of the exhibition by Nomad. The British Library itself showcased their own digitization services, including 360° spin photography and 3D imaging. The latter lead to some interesting discussions about the de- and re-contextualization of artworks when using 3D imaging technology. 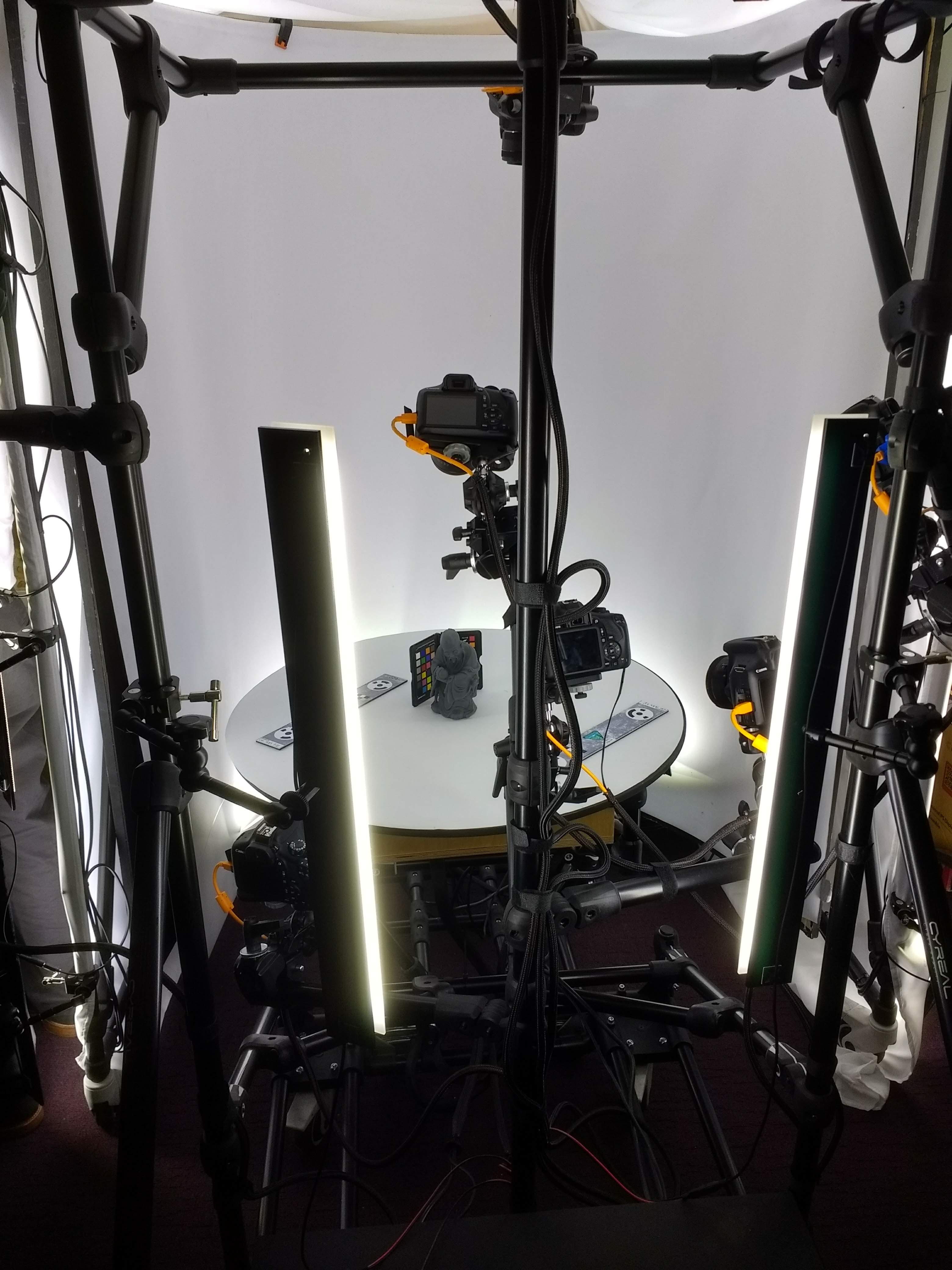 In the midst of all this there was one stand that did not lure its spectators with fancy technology or gadgets. Instead, Jonah Coman, winner of the BL Teaching & Learning Award, showcased the small zines that he created. The format of these Pocket Miscellany, as they are called, are inspired by small medieval manuscripts and are intended to inform their readers about marginalized bodies, disability and queerness in medieval literature. Due to copyright issues these zines are not available for purchase, but can be found on Coman’s Patreon website. 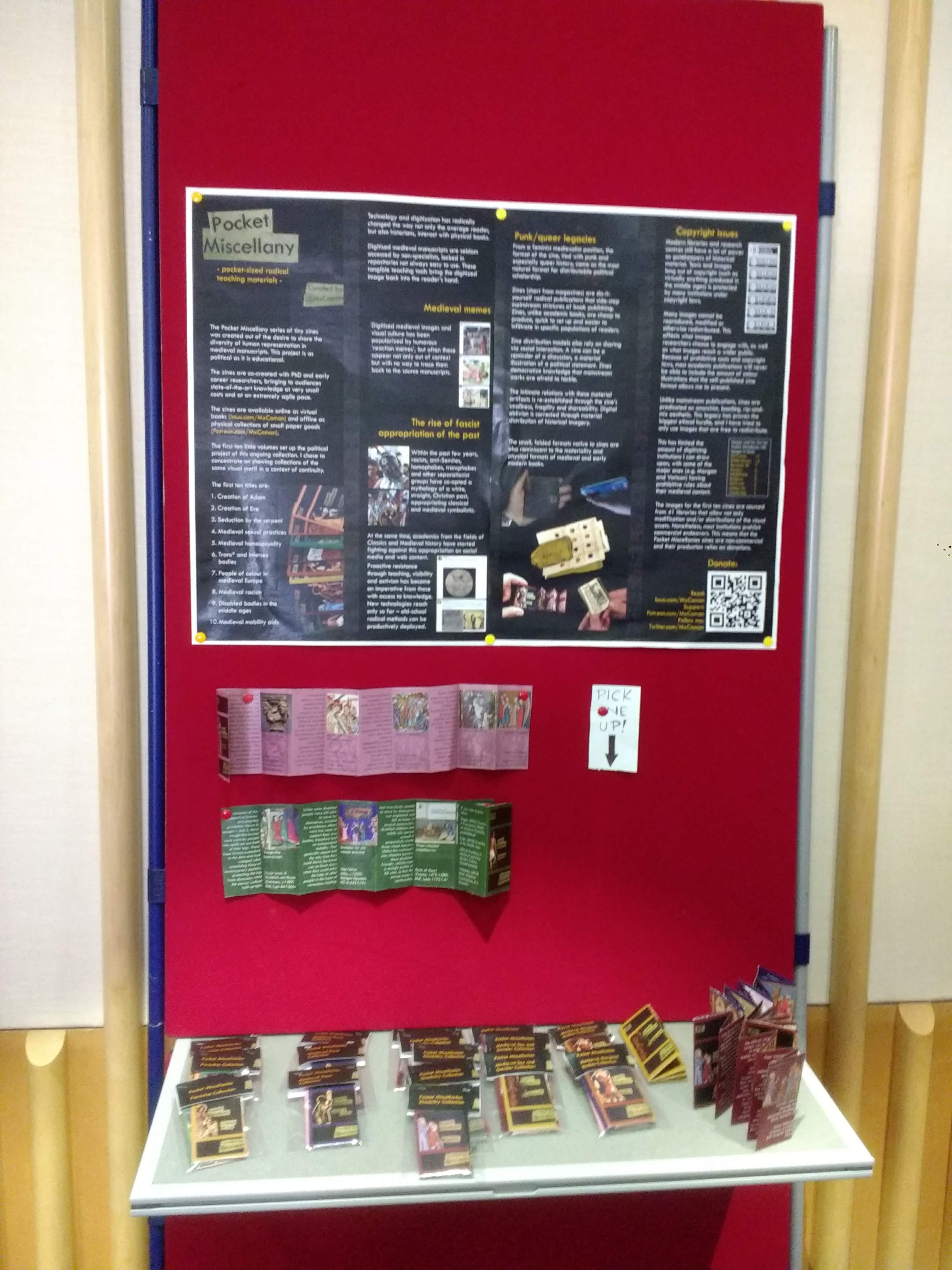 Artist Richard Wright, on the other hand, looked to the library’s infrastructure for inspiration. This resulted in The Elastic System, a virtual mosaic of hundreds of the British Library books that together make-up a sketch of Thomas Watts. When you zoom in on the mosaic you can browse the books in detail and can even order them through a link to the BL’s catalogue that is integrated in the picture. Once a book is checked out, it reveals the pictures of BL employees working in the stacks to collect the books. It thereby slowly reveals a part of the library that is usually hidden from view.

Another fascinating talk was given by artist Michael Takeo Magruder about his exhibition on Imaginary Cities which will be staged at the British Library’s entrance hall from 5 April to 14 July 2019. Magruder is using the library’s 19th and early 20th century maps collection to create new and ever changing maps and simulations of virtual, fantastical cities. Try as I might, I fear I cannot do justice to Magruder’s unique and intriguing artwork with words alone and can therefore only urge you to go visit the exhibition this coming year.

These are only a few of the wonderful talks that were given during the Labs symposium. The British Labs symposium was a real eye opener for me. I did not realize just how quickly the field of 3D imaging had developed within the museum and library world. Nor did I realize how digital collections could be used, not simply to inspire, but create actual artworks.

Yet, one of the things that struck me most is how much the development of and advocacy for the use of digital collections within archives and libraries is spurred on by passionate individuals; be they artists who use digital collections to inspire their work, digital- and IT-specialists willing to sacrifice a lunch break or two for the sake of progress or individual scholars who create little zines to spread awareness about a topic they feel passionate about. Imagine what they can do if initiatives like the BL labs continue to bring such people together. I, for one, cannot wait to see what the future for digital collections and scholarship holds. On to next year’s symposium.