The first version of the catalogue for the Archive of Daniel Meadows, photographer and social documentarist, is available here. Meadows is distinguished for his tour of England in the Free Photographic Omnibus, 1973-1974, amongst many other works. This was a project he returned to in the mid 1990s to rephotograph those he had met and taken pictures of around England in the 1970s, culminating in his series of National Portraits: Now & Then, which have been exhibited both at home and abroad.

The portraits and related material from Meadows’ archive, such as national and international press coverage, are currently on display for a special exhibition in Blackwell Hall, where admission is free and everybody is encouraged to come and see. But for now, let’s take a look at what drove (pun unintentional) Meadows to tour England in a double decker bus for fourteen months.

Meadows was born and raised in Great Washbourne, Gloucestershire, and although his time spent as a photography student at Manchester Polytechnic did not negate his appreciation of where he came from, it is clear that Meadows revelled in instilling his independence and resourcefulness in new environments. In January 1972 he rented a dilapidated barber’s shop in Greame Street, Moss Side and converted it into a photographic studio in which any local people who wandered in could have their picture taken, free of charge.

In a typescript, arranged with prints interspersed from his studio at Greame Street, titled ‘What’s The Catch?’, Meadows writes

‘Before coming to Manchester I had always lived in the most isolated and luscious countryside that this country had to offer. Moss Side Manchester is the extreme opposite, and yet, far from yearning for the sight of a cow or the smell of freshly-mown hay, I have come to love it for what it is; dirt, smoke, rain and people.’

On the next page, referencing the coming and going of the people, he writes

‘This is what I particularly like about the shop. As an [sic] habitual photographer of street life I am used to a constantly changing environment . A shop environment, then, seems to be contrary to the candid picture-making of the street. The opposite is true; the shop is merely an extension of the street and the people come in and go out in the same way as they walk the paving stones.’ 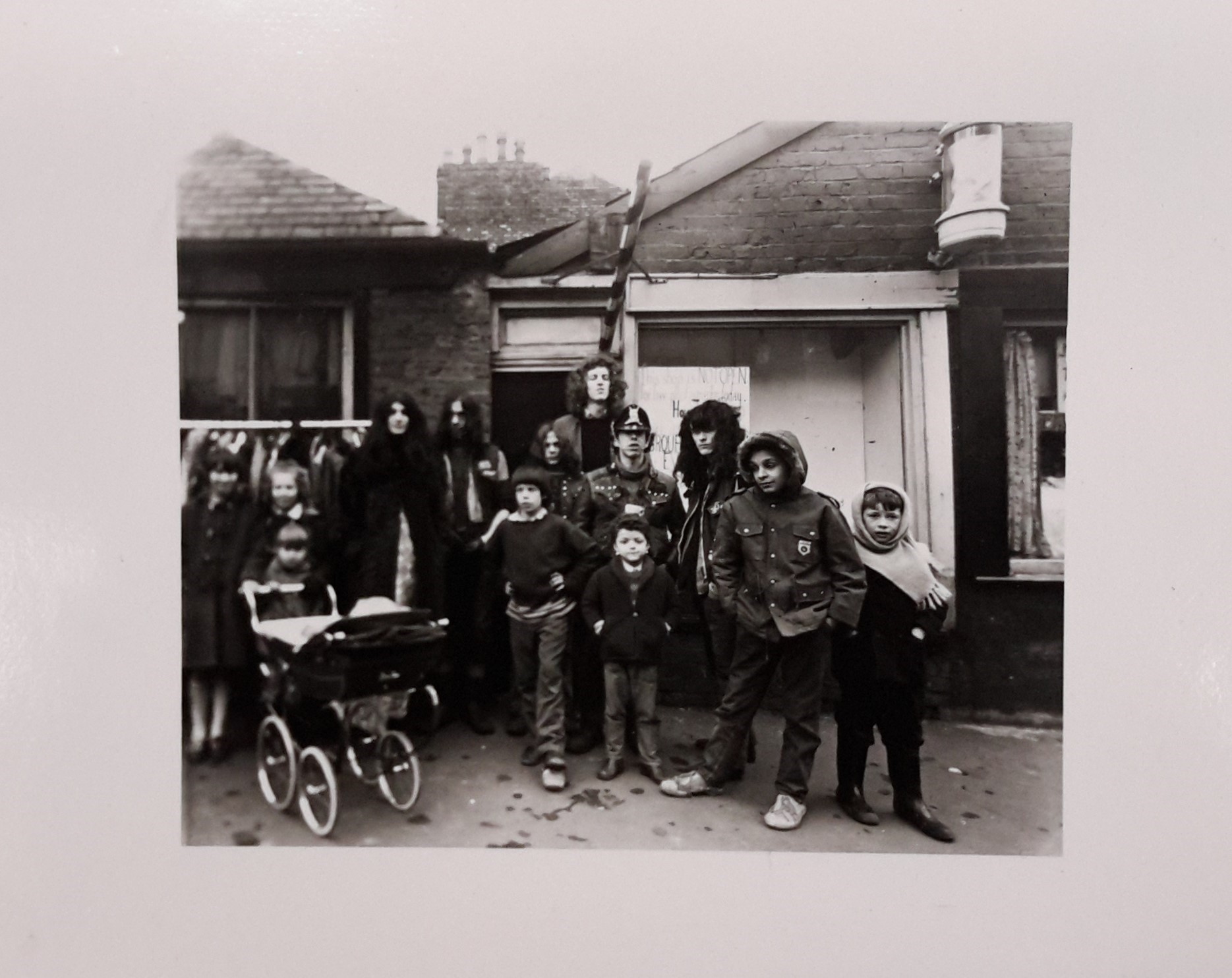 ‘I feel that, as a photographer who lives in the area, it is my job to make a record of a way of life which is to be destroyed’

Rather than Meadows actively seeking out photographic subjects for the Greame Street studio, he would take photographs of anybody and everybody who asked.  This is a significant characteristic Meadows would retain throughout the tour of the Free Photographic Omnibus. Through the nights of the tour, Meadows would develop the film and produce two copies of the portrait: one of these copies was always given to the person photographed.

As a student, Meadows’ sincere interest in the people and their everyday lives resonates, and his integrity is there in black and white. Meadows writes in July 1972 that

‘The reason for making photographic portraits of the inhabitants of Moss Side is that, with the demolition of the terraced houses, the population will be dispersed since many of the tenants will not be able to afford the increase in rent […] More than just the Victorian Terraces will go: a close knit community will be split up. I feel that, as a photographer who lives in the area, it is my job to make a record of a way of life which is to be destroyed.’

He goes on to write that Moss Side

‘[…] is, however, not alone in it’s plight among places where the quality of life is threatened by necessity for social change […] Over-population and environmental pollution are the poisons of the age and never before has man been forced into the situation of having to decide what kind of a future he wants for himself and his children. […] The free photographic studio was a pilot scheme for a much larger undertaking, namely to purchase a reconditioned second hand double decker bus for around £250 and travel up and down the length of the country making a record of the quality of life in England in 1973-1974.’

(MS. Meadows 50, folder 1, a circular entitled ‘Details of proposal’ distributed for help with sponsorship for the bus, July 1972) 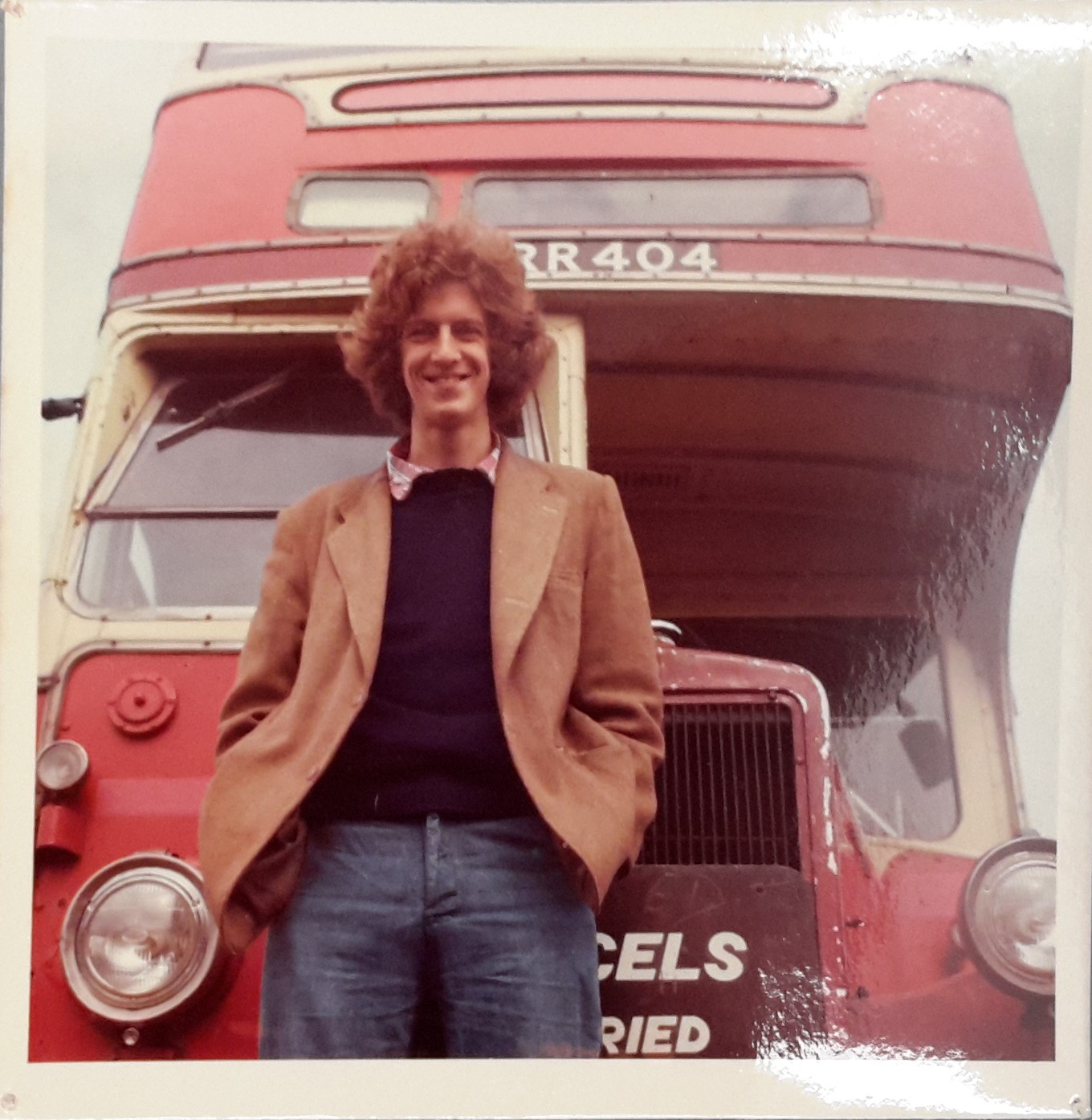 A year later, on 24 July 1973, Meadows purchased the second hand double decker bus from Nottingham, and the journey of the Free Photographic Omnibus’ would begin.