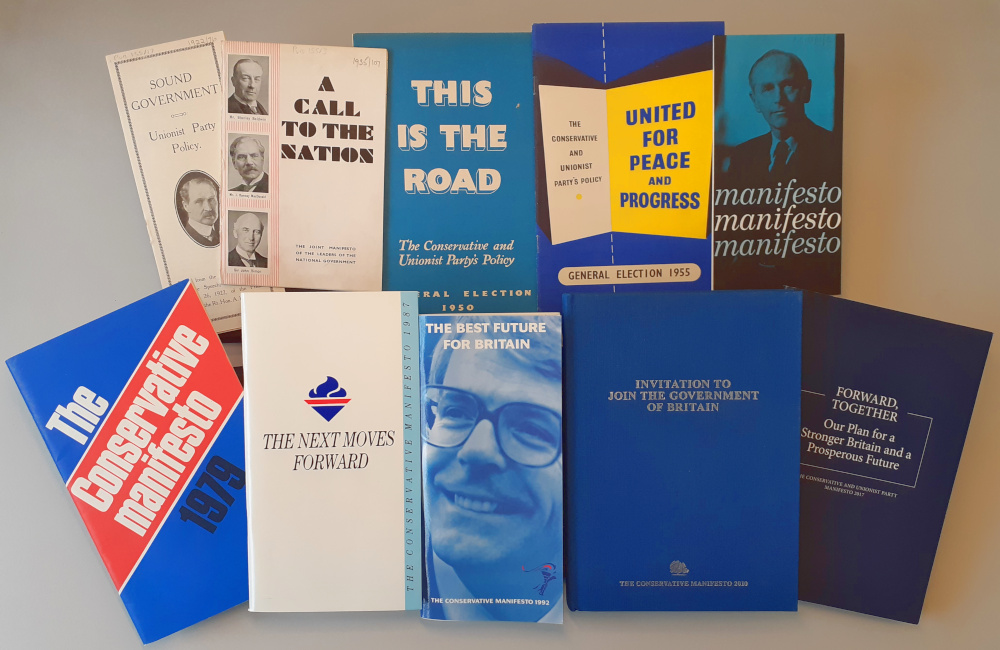 As Britain prepares for a general election on December 12th, the Bodleian is pleased to announce the launch of its revised catalogue of Conservative general election publications, incorporating new material made available to readers for the first time. The catalogue, which forms part of the Bodleian’s collection of published Party material, covers the Party’s historical series of election publications, including Conservative manifestos going back as far as the 1920s. The new catalogue also includes a much-expanded series of ad hoc publications produced by the Party for specific election campaigns, as well as historical guidance on election petitions.

As a concise record of the Party’s policy platform, the general election manifestos of the Conservative Party have been a vital source to historians of British politics, enabling researchers to clearly trace the evolution of Party thinking over the years. The updated catalogue now includes copies of the Conservative Party manifesto (in various formats) from the time of the 1922 general election through to the present day. The revised catalogue also includes a number of national, regional and specialist editions of the Conservative manifesto, providing further glimpses into the complexity of British electoral politics. 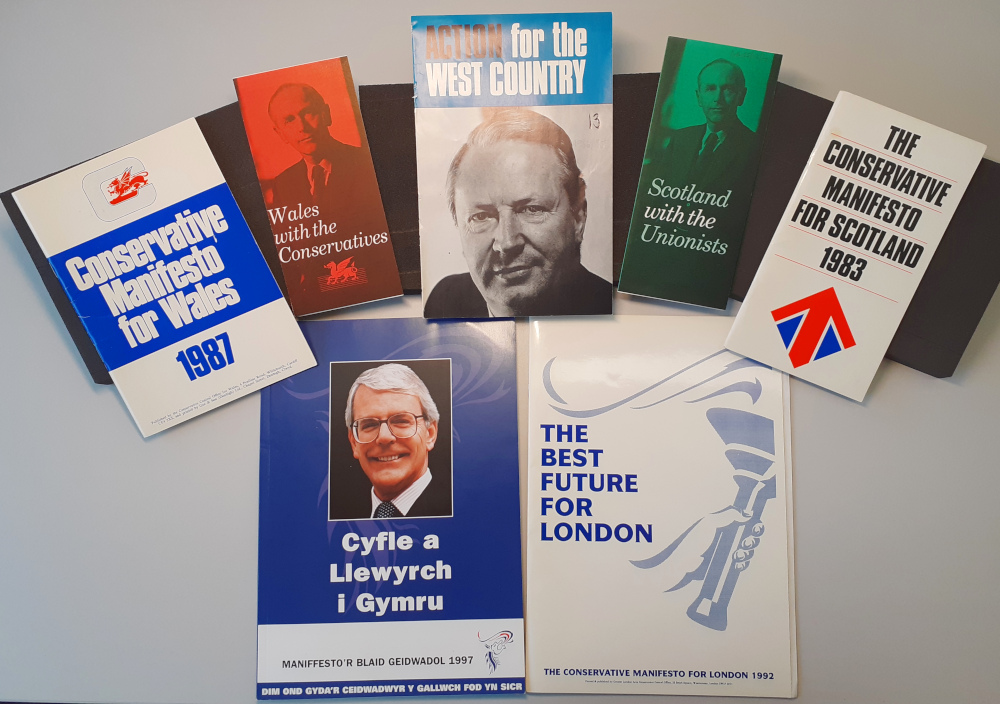 In addition to the Party manifesto, this collection also includes historical guidance published by the Party for the use of candidates and activists. The Speakers’ Notes series (also published under the titles Candidates’ Notes and Notes for Speakers) contained summaries of the key election issues along with suggested lines to take and statistical information, providing us with a ‘behind the scenes’ perspective on the Party’s election campaigns. Other running series included in the catalogue are the Election Manual, which provided practical guidance to agents, and Questions of Policy, which provided clarifications of manifesto policy in response to questions raised during the election campaign. 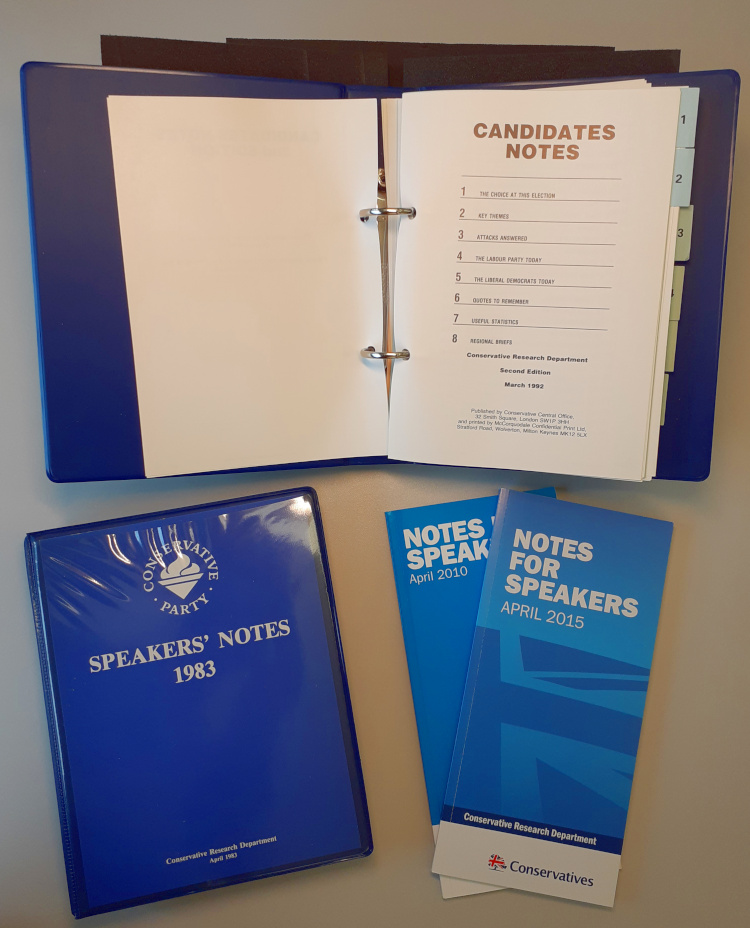 The new catalogue is available to view online on the Bodleian Archives and Manuscripts platform, accessible here. In the coming months we will also be publishing a companion catalogue for the Conservative Party’s European Election publications, which we hope will be of further use to students and researchers of British political history.

The Conservative Party Archive is always growing, and we are keen to collect campaign materials produced for the 2019 general election. Specifically, we are interested in the following items:

If you would like to donate any election material you receive during the campaign, please post it to: Conservative Party Archive, Department of Special Collections, Weston Library, Bodleian Libraries, Broad Street, Oxford OX1 3BG