This term, the Bodleian Student Editions workshops have entered their fourth year. 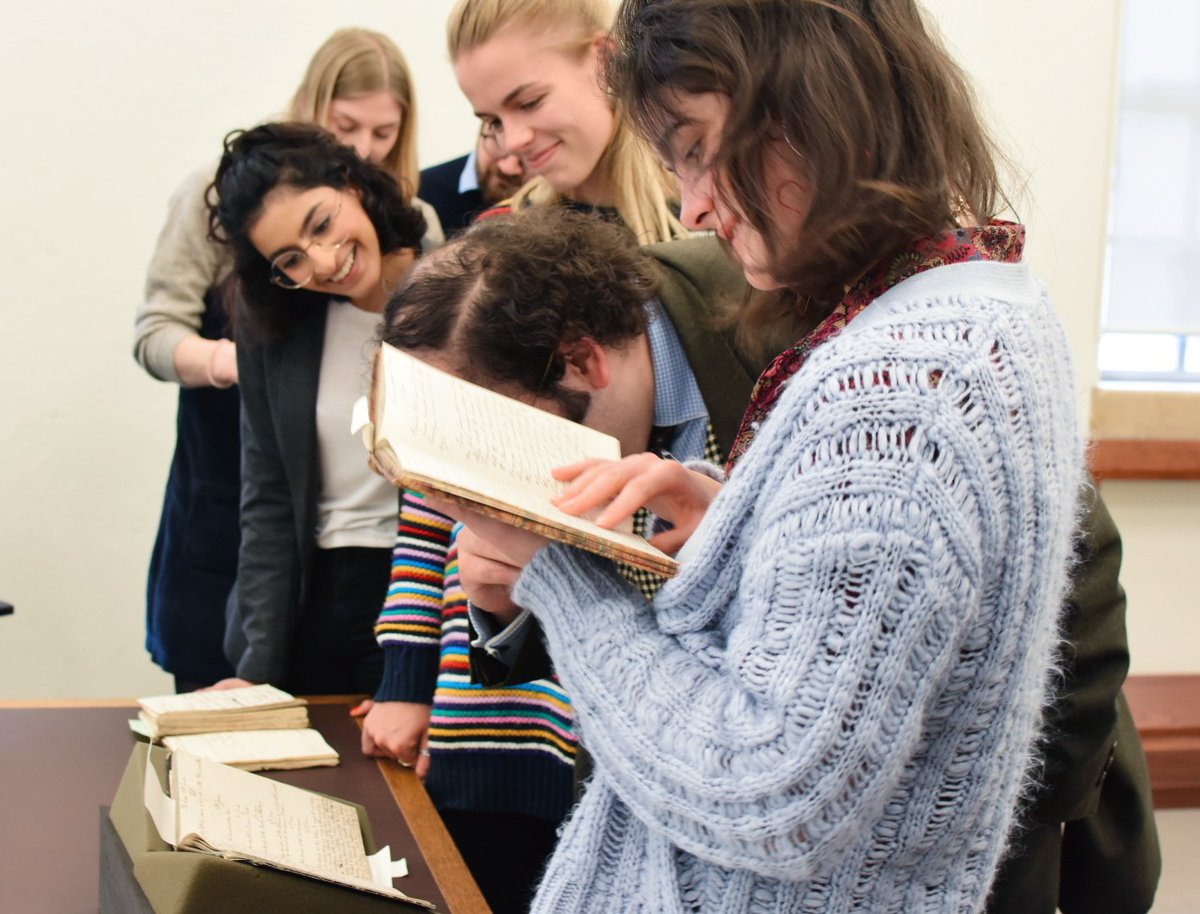 They continue to attract students from across the university, undergraduate and postgraduate, arts and science students. This year we have been editing the letters of Katharine, Countess of Clarendon (1810-1874), to her sister-in-law, [Maria] Theresa Lewis, and these letters are proving to be as fascinating as the very popular Penelope Maitland correspondence.  Some of the letters have been uploaded into our ongoing catalogue on Early Modern Letters Online. 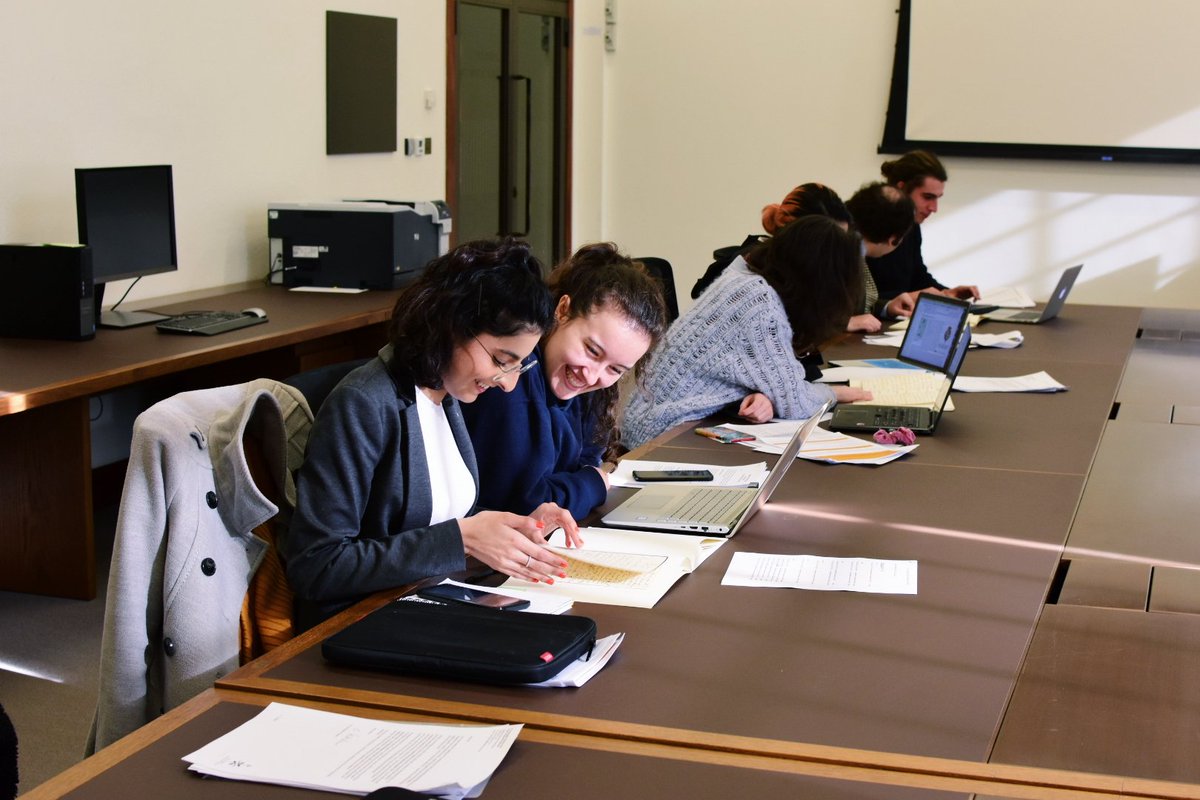 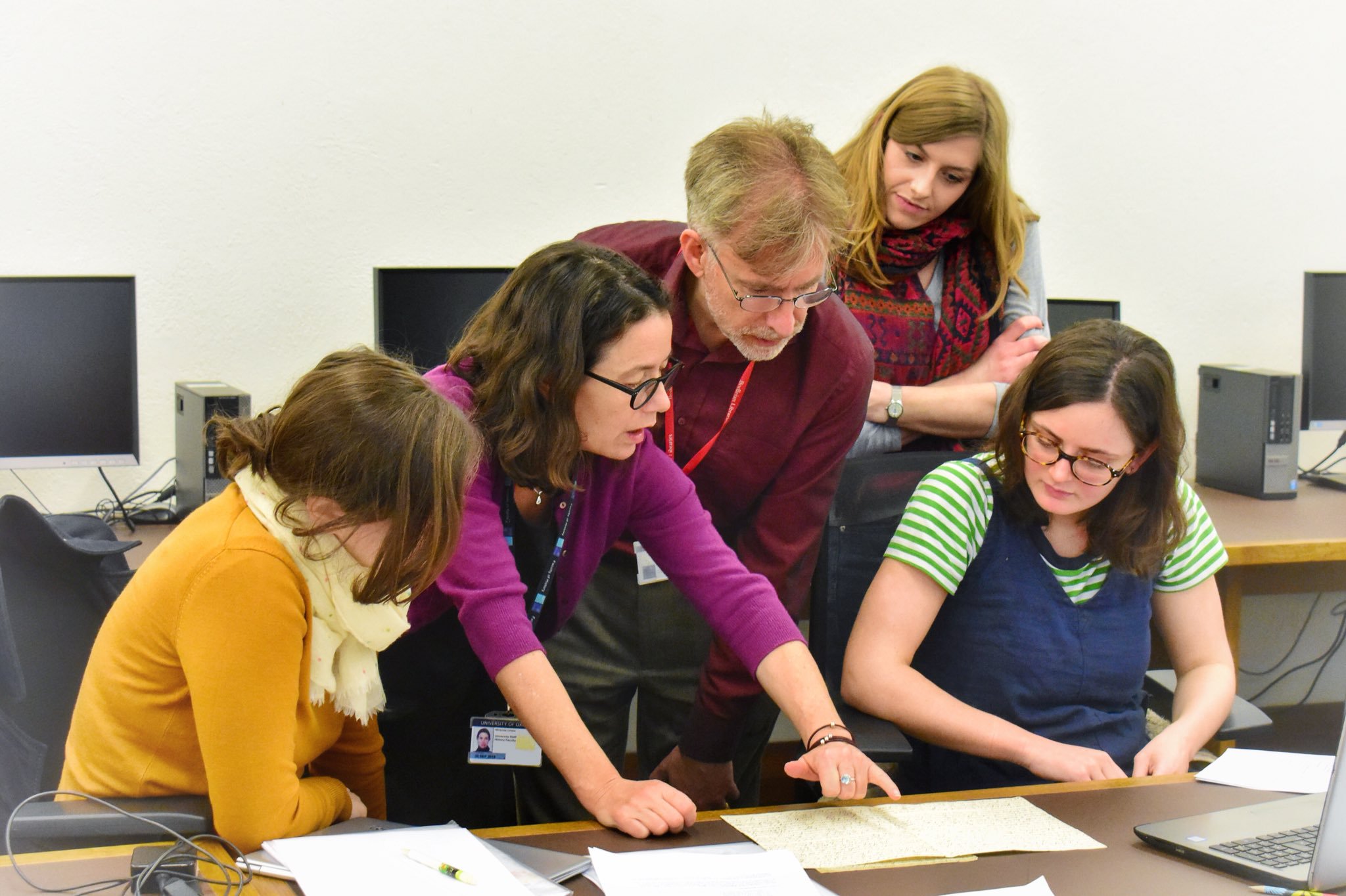 These letters fulfil the criteria that we have laid down for suitable material for the workshops – they are in good condition, unpublished, interesting, readable for non-specialists, have no copyright complications, and are in a format that allows the letters to be distributed among the students in the workshop. As the students work in pairs, we require six  or seven individual letters in each workshop, with more in reserve should the transcripts be completed quickly. The perfect format is the fascicule which makes the letters much easier to handle – one fascicule can be given to each pair. Inevitably, most of the good runs of letters that fulfil these requirements tend to be in 19th-century collections of papers that were never bound. This allows us to make a virtue of necessity, because there are very large collections of 19th-century letters acquired relatively recently (i.e. post-1970) that are well worth exploring for their historical interest. 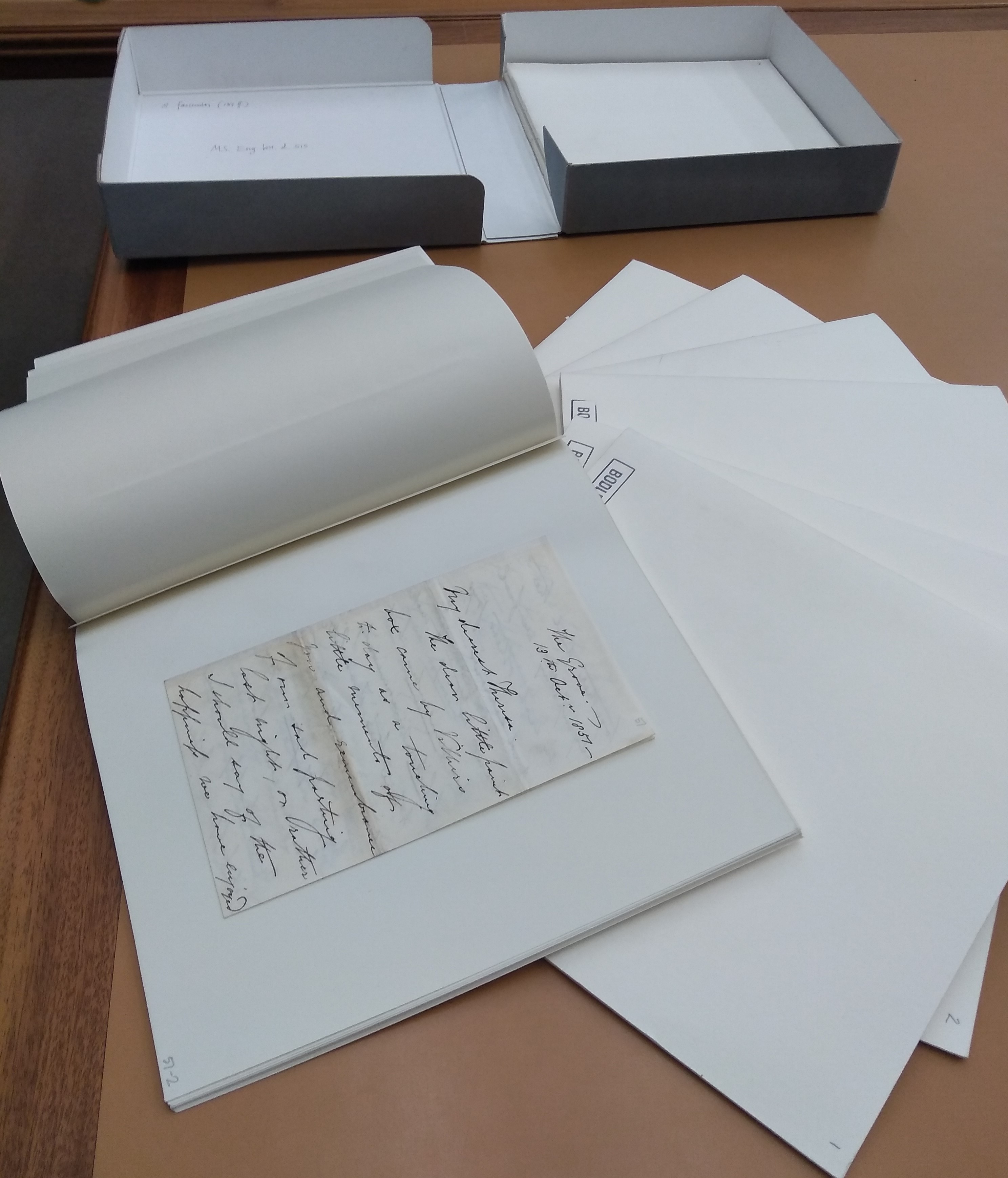 Selection of the Lady Clarendon letters was undertaken by myself and Balliol student Stephanie Kelley, the Balliol-Bodley scholar in early 2018, who also provided digital photographs of many of the letters. Though the workshops give access to original papers, digital images are also made available for detailed checking of difficult words.

The letters were purchased by the Bodleian in 1982, to add to the archive of her husband the 4th Earl of Clarendon already deposited here in 1949 (the 4th Earl’s papers were transferred to Library ownership in 2013). The choice of Lady Clarendon as a subject for the workshops is fortunate in that this year we have been joined by Andrew Cusworth, who is placed in the Bodleian in connection with the Prince Albert Digitisation Project. The Earl and Countess of Clarendon were intimate with Queen Victoria and Prince Albert, and court gossip is one of the interesting aspects of the letters. 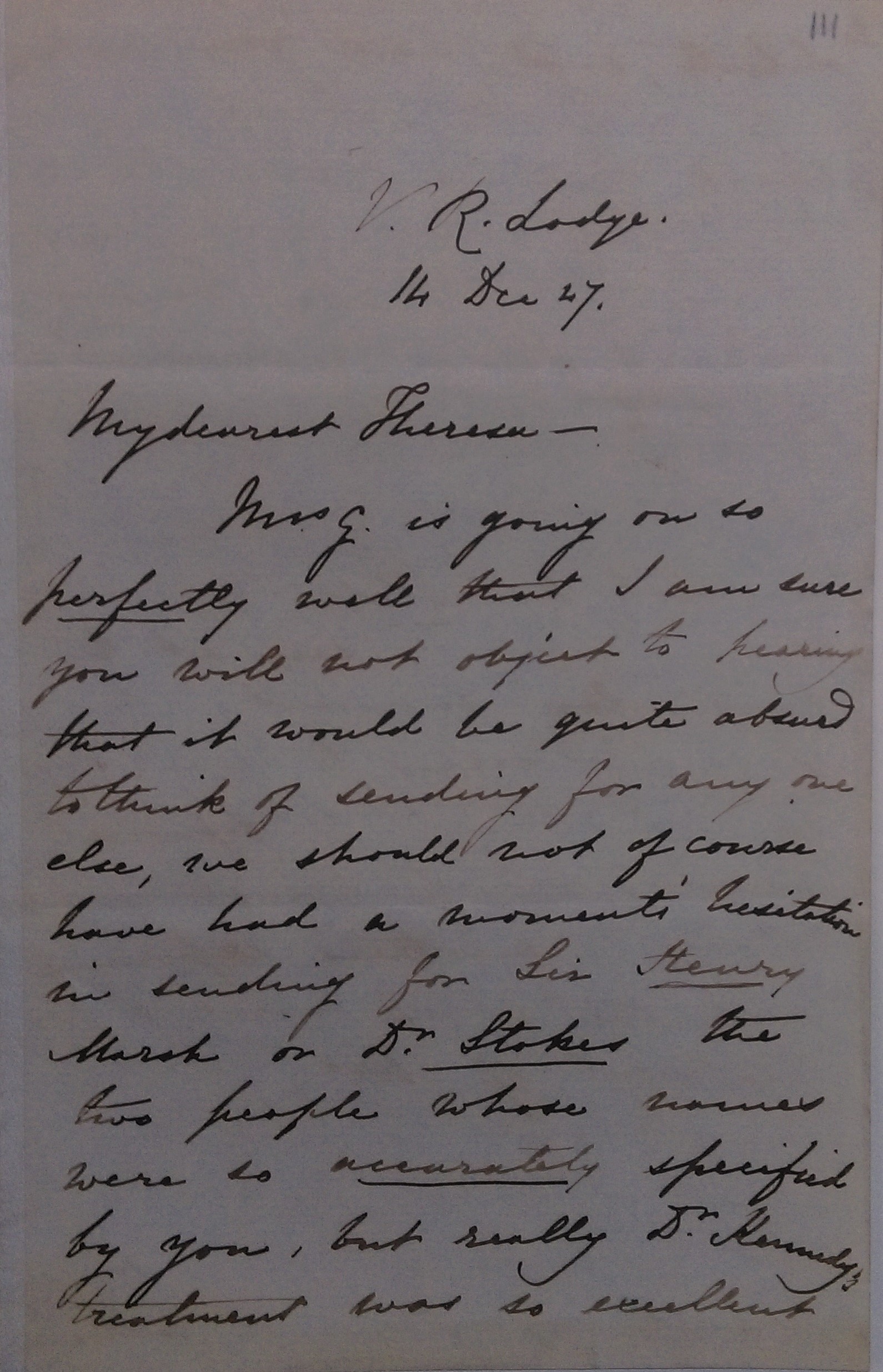 George Villiers, 4th Earl of Clarendon (1800-1870), was a major political figure of the mid-Victorian period, and his wife’s letters are of considerable political interest as she was his confidante in many matters. In the period covered by the letters, Clarendon was Lord Lieutenant of Ireland from 1847 to 1852, and then Foreign Secretary from 1853 to 1858. His career therefore coincided with major events including the Irish Famine, the Young Ireland rebellion of 1848, the Crimean War and the Indian uprising known as the ‘Mutiny’. The recipient of Lady Clarendon’s letters was Maria Theresa Lewis (nee Villiers), Clarendon’s sister, and the wife of George Cornewall Lewis (1806-1863), another Liberal politician who served as Under-Secretary of State for Home Affairs from 1847 to 1850, Chancellor of the Exchequer 1855 to 1858, Home Secretary 1859 to 1861, and War Secretary from 1861 to 1863. The letters do not only discuss politics however. There is a great deal about family matters, the activities, and above all the illnesses of children, parents and other family members. Lady Clarendon’s lively style provides a very accessible glimpse of aristocratic Victorian life and preoccupations, and the student editions will provide a very useful adjunct to the catalogues of the various parts of the extensive Clarendon archives in the Bodleian.

The workshops have been kept entertained by Lady Clarendon’s fascinating take on mid-Victorian life. Here are just a few examples of her inimitable style – more extracts will follow so watch this space! All letter are to her sister-in-law Theresa Lewis.  Look out for a follow-up Blog with further extracts.

Here is Mrs. George sick, tired, but having had a good short passage … she has blue pilled and Speedimanis’d … [Speediman’s pills were a Victorian remedy for stomach complaints]

Lord Clancarty told me … that Bishop Derry the Catholic Bishop of Clonfort had inadvertently let out before Lord Sligo dining out somewhere that the landlords who had been shot deserved it richly!!!! – this Bishop is a Jesuit, I believe a clever and a wily man, but saying this was a great slip…

George Lewis’s Board of Controul office, his most excellent début in Parliament, on your side the water, and our dreadful murders and George’s administrative atchievements on this side have been deeply interesting to us both – only think of my not mentioning George Patrick Hyde’s birth too amongst the remarkable events!!

… Mama is leaving us with Robert this afternoon … – they take two small parcels to London. There is a small locket of blue enamel and rose diamonds with George’s and my hair in it, which we present with a joint kiss to you as a little Xmas souvenir– There is a chatelaine in steel which is all “the kick, the go, the cheese” and which I send to Thérèse as my birthday present … 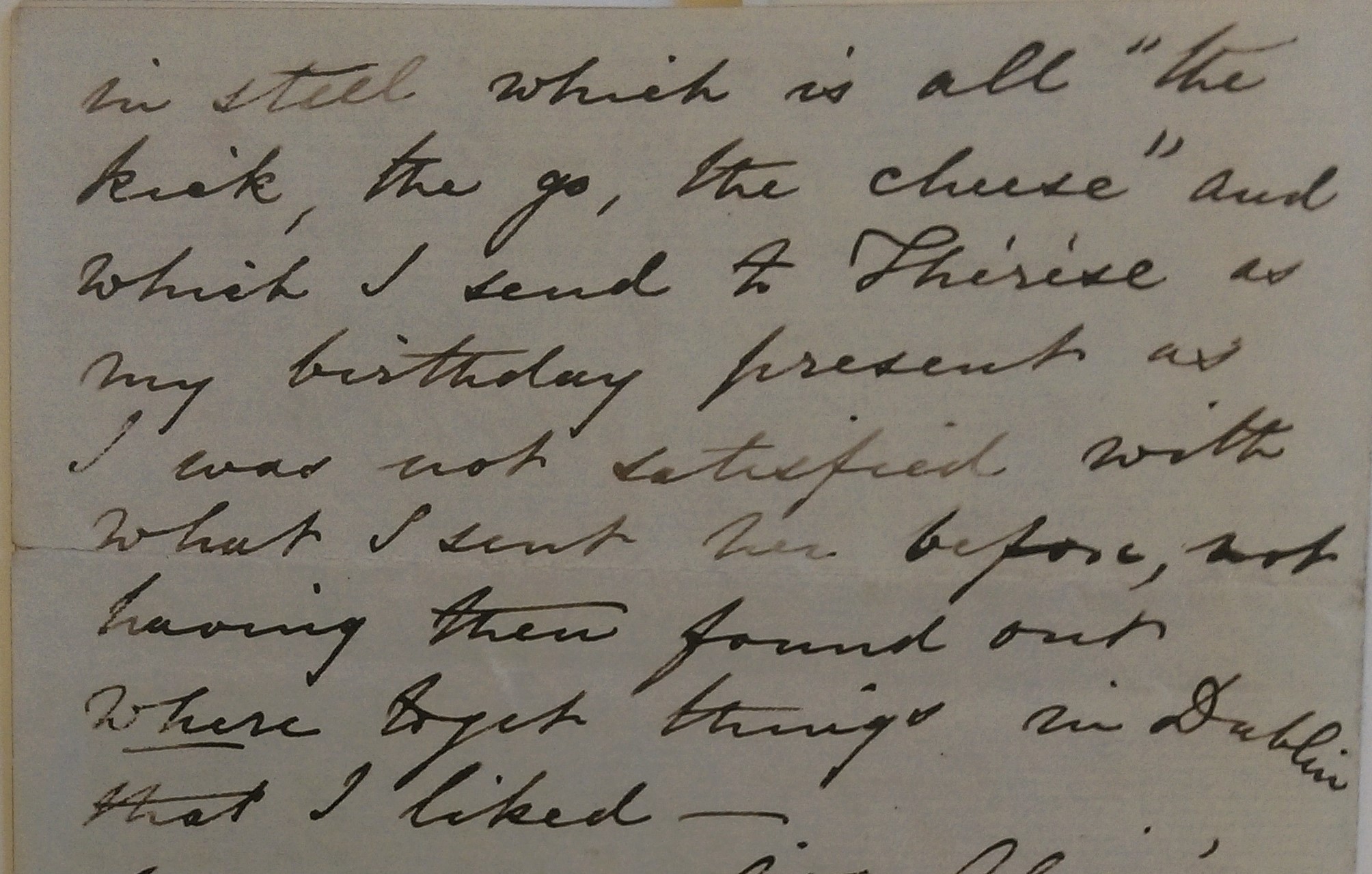 OED  chatelaine: ‘an ornamental appendage worn by ladies at their waist … consists of a number of short chains attached to the girdle or belt … bearing articles of household use and ornament, as keys, corkscrews, scissors, penknife, pin-cushion, thimble-case, watch etc …’

OED the kick: the fashion, the newest style

OED the cheese: colloquial. Obsolete. The right, correct, or best thing; something first-rate, genuine, or exemplary. 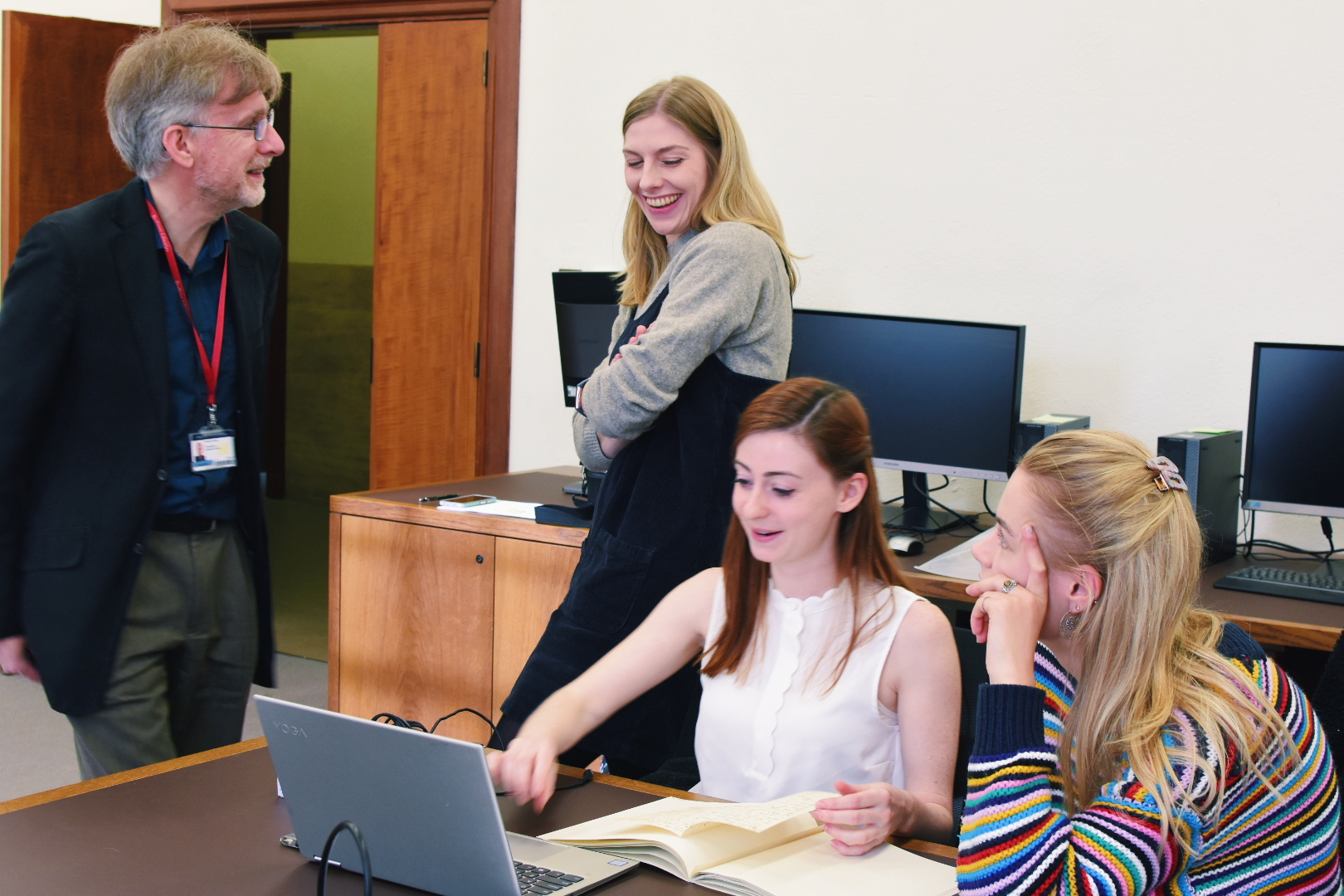