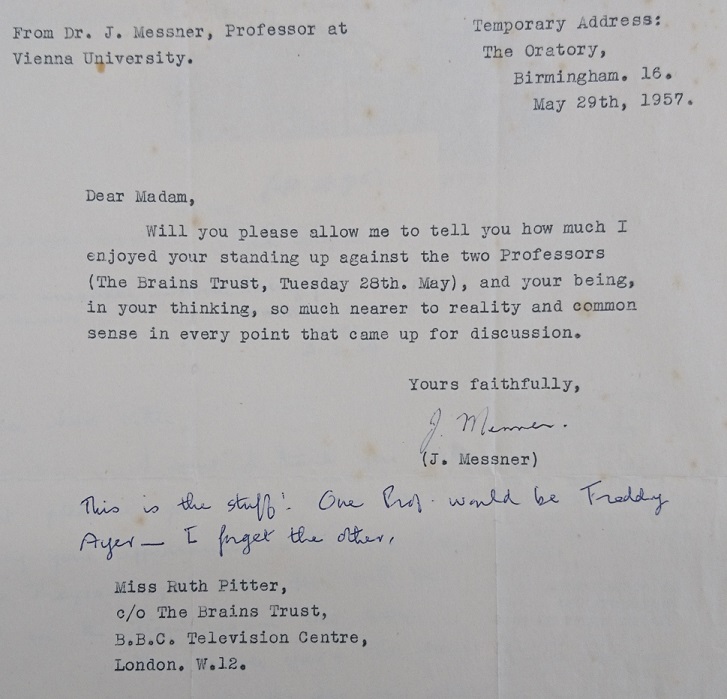 But the connection to other archives at the Bodleian go further:

A.J. Ayer, for example, corresponded with J.B.S. Haldane (the letters are in MS. 5985/1), whose father J.S. Haldane, worked closely with the physiologist and pathologist Mabel FitzGerald. The then 12 1/2 -year-old Jack Haldane even appears in FitzGerald’s 1905 notebook on respiratory physiology experiments.

Ruth Pitter, in 1943 took part in a poetry reading, organised by Dorothy Wellesley, who would become a close friend: 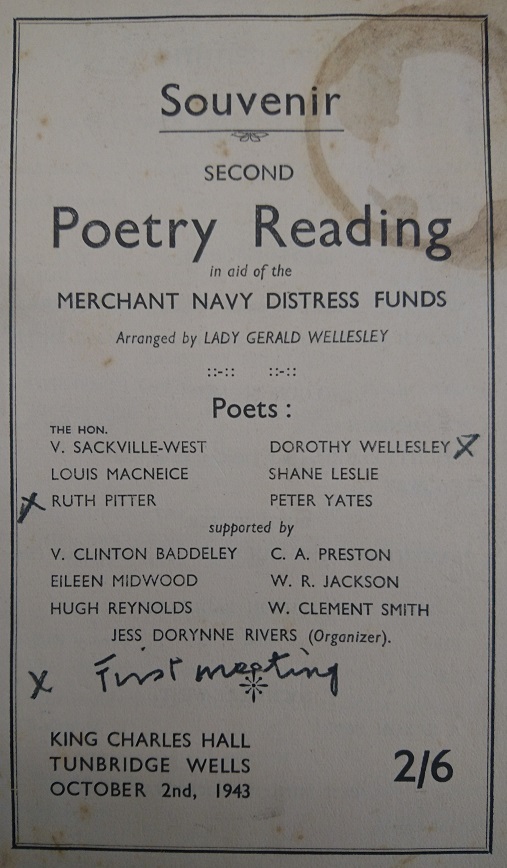 Amongst the other poets featured at the charity event were Louis MacNeice, whose papers are at the Bodleian, and Vita Sackville-West, who was a friend of the diplomat Archibald Clark Kerr. And who was the architect planning Clark Kerr’s country estate in Inverchapel, Lock Eck? Dorothy Wellesby’s husband Gerald Wellesby (the architectural drawings are in MSS. 12101/120-125).

John Betjeman, linked to Ruth Pitter and A.J. Ayer by the appearance on the Brains Trust panel in 1957, was, of course, a friend of Louis MacNeice, who, besides his career as a poet, worked at the BBC Features Department, alongside Sasha Moorsom. Sasha Moorsom, in c.1960, collaborated for a radio programme on the lore and language of schoolchildren with Iona and Peter Opie, the childhood historians and folklorists, as documented in the Opie Archive (MS. Opie 209). Indeed, the Opies appear in the appointment diaries kept by B.B.C Features Department’s assistant, which are now in the papers of Louis MacNeice (MSS. 10641/63-64).

The link from the Opies back to Ruth Pitter is Joan Hassall, who provided illustrations for her Urania (1951), as well as for the Opies’ The Oxford Nursery Rhyme Book (1955).

Louis MacNeice, in 1952, contributed to the conference “L’œuvre du XXme siècle” in Paris, and so did art historian Edgar Wind (see MS. Wind 10). Edgar Wind’s lawyer in inheritance matters was Curt Sluzewski, a German solicitor who had set up his law firm in London after emigrating from Nazi Germany. The Sluzewskis were close friends of the Braun family: Curt ‘Slu’ Sluzewski played with Konrad Braun in an amateur string quartet, founded during their school years in Berlin in the 1920s and continued in their British exile until the 1960s. The Sluzewskis, who had left Germany earlier than the Brauns, hosted Gerhard Braun’s adopted daughter Ruth in London, when she was sent to safety in the UK in late 1938 ahead of her parents’ emigration.

….or  in one simple diagram: 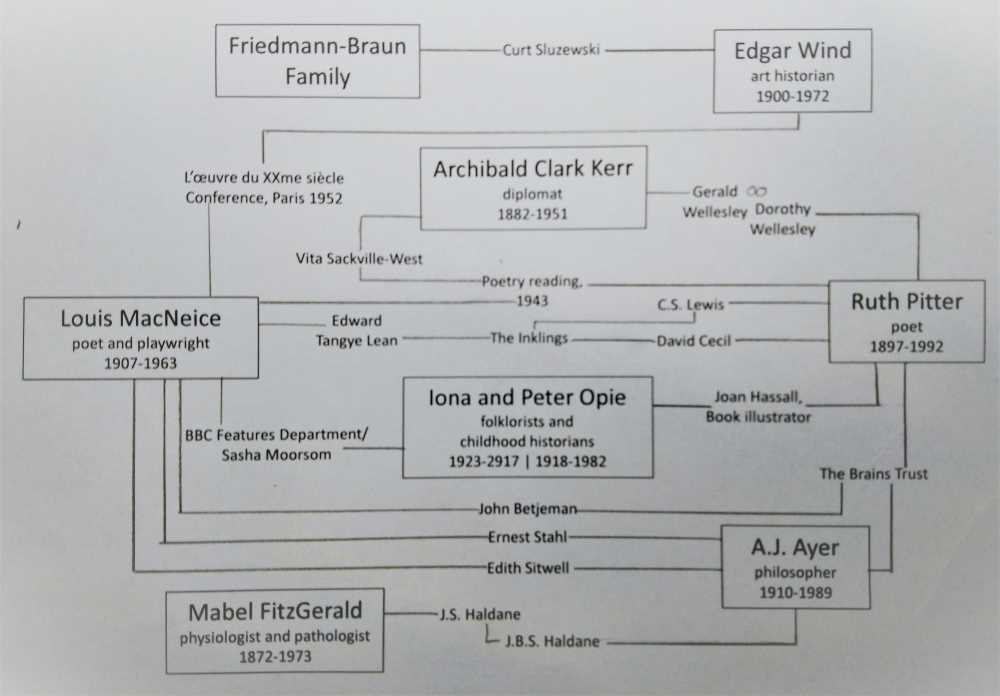 And that’s just the collections I have been working on over the past few years! There are, of course, many more links to other archives at the Bodleian.