Among the highlights of the new catalogue are the papers of the Conservative Delegation leaders in the European Parliament. These includes the correspondence of Sir Henry Plumb, Chairman of the European Democratic Group from 1982-1987 and 1994-1996, and the only British politician to ever serve as President of the European Parliament. Plumb’s papers include exchanges of letters with senior politicians in Britain, Europe, and the wider world, and are a fantastic resource for studying the politics of European integration in the 1980s. 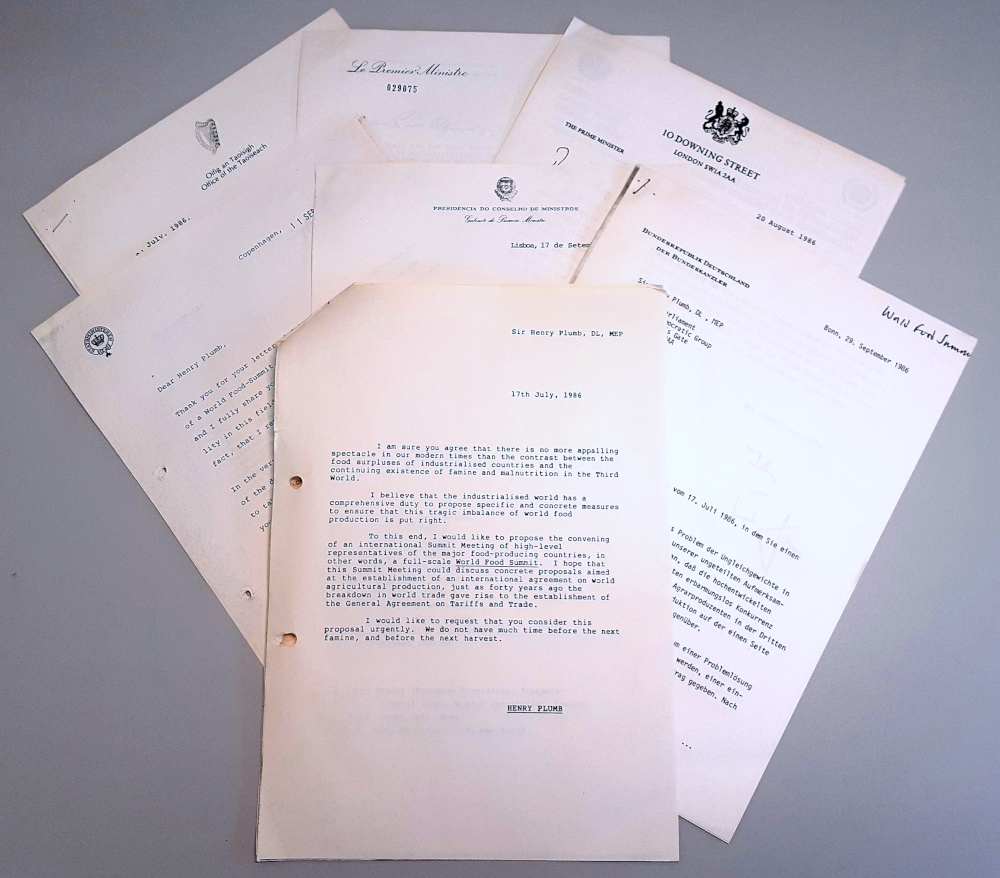 Also included in the new catalogue are the Conservative Delegation’s  meeting papers, with detailed minutes for the late-1970s and 1980s. The records of these meetings, which took place on a regular basis during sittings of the European Parliament, provide us with a interesting insight into the work of Conservative MEPs during this period, as well as serving as a source for the wider politics of the period. The files also contain a number of  documents of historical interest, including a detailed transcript of a meeting between Margaret Thatcher and the Conservative Delegation in January 1980 (pictured below). 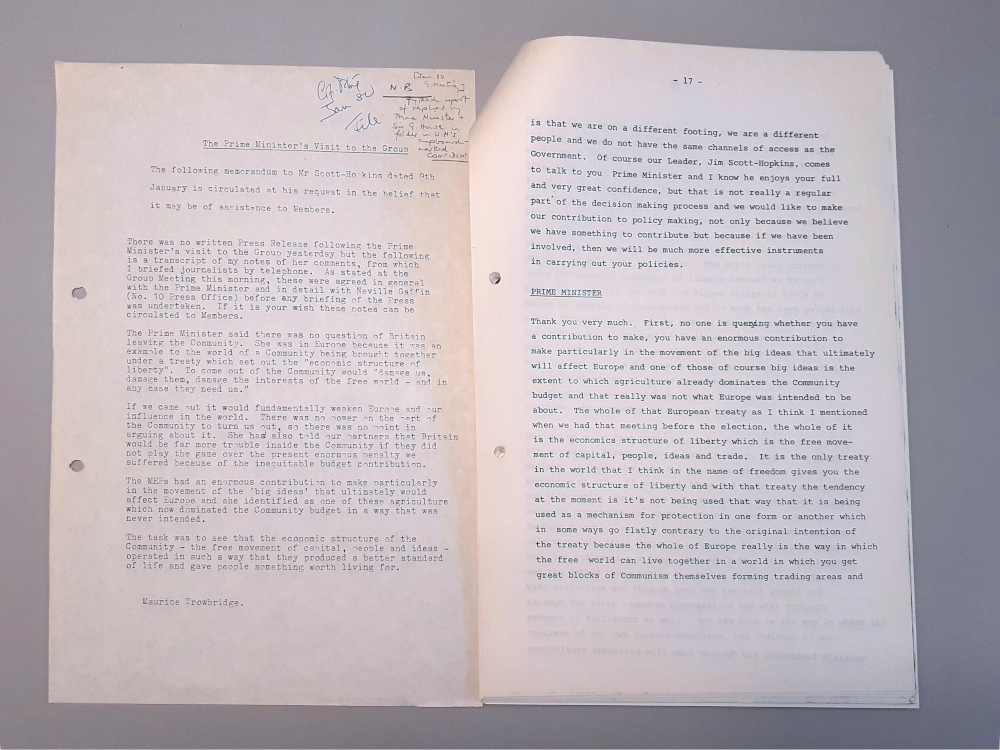 Of likely further interest to historians are the records of the European Democratic Group’s ‘Study Day’ conferences. These meetings were held several times a year with the aim of drawing up policies for the Conservatives Delegation, particularly in relation to the future development of the European Community. In many cases the files still contain the discussion papers debated at the meetings, which can provide us with a fascinating insight into the evolution of Conservative thinking on European integration over the course of the 1980s. 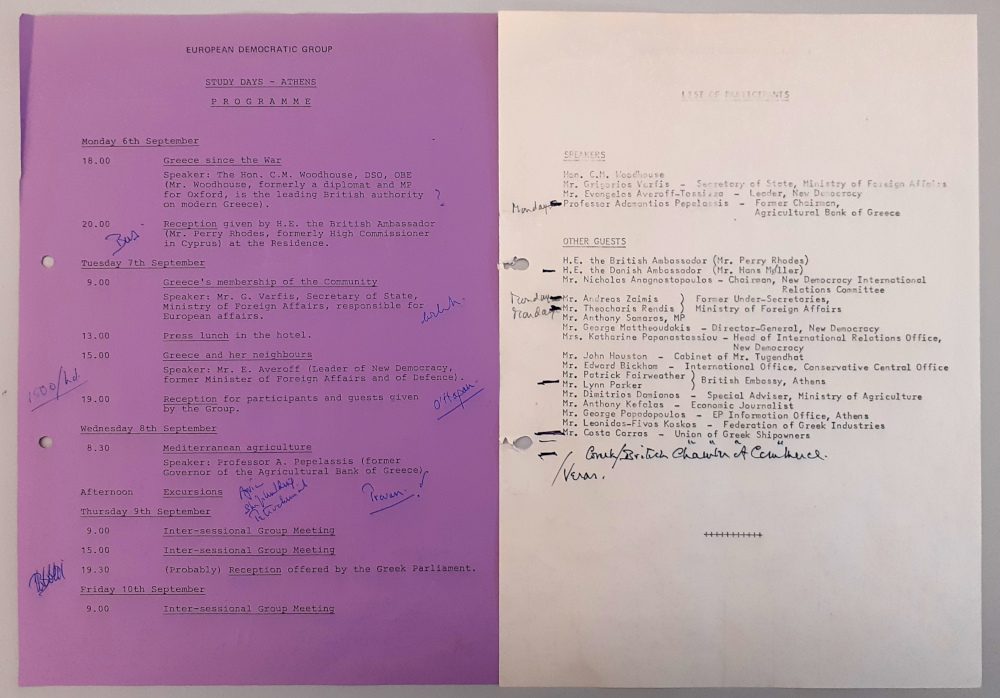 In total, the collection includes nearly 300 boxes of archival material, with records spanning from 1971 through to 2015.  All files dating up to 1989 (excepting those restricted for reasons of data protection) are available for consultation, and going forward we plan to make additional files available on an annual basis under the 30-year rule.

For full details of the material available, please view our catalogue on the Bodleian Archives & Manuscripts platform, available here.