E.F. Benson (1867-1940) was a prolific author who published over 93 books in his lifetime, including novels, short stories, horror stories, reminiscences, and eight biographies. This year marks the 100th anniversary of the publication of Queen Lucia, the first of Benson’s ever-popular Mapp and Lucia books.

One of a talented brood of siblings, Edward Frederic (‘Fred’) was born in 1867, the third son of Edward White Benson (1829–1896), headmaster of Wellington College and later Archbishop of Canterbury. After studying Classics at King’s College Cambridge, Fred headed abroad to work as an archaeologist for the British School of Archaeology in Athens between 1892 and 1895. His first novel, Dodo: A Detail of the Day, was published to some acclaim in 1893. Like many of his novels, it was a social satire of modern society. In 1895, after working for the Society for the Promotion of Hellenic Studies in Egypt, he moved to London to focus on his writing. 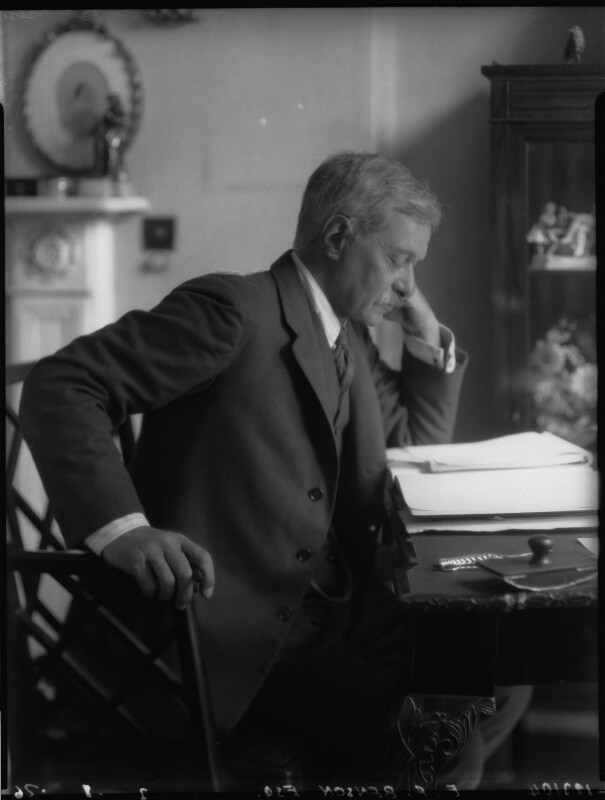 From 1918 onwards, Benson spent most of the year at Lamb House in the coastal town of Rye, Sussex. Lamb House had previously been the home of the novelist Henry James, who had lived there from 1897 to 1914 (it was also later the home of the author of Black Narcissus, Margaret Rumer Godden, who lived there between 1968 and 1973). Benson settled in Rye, becoming a Justice of the Peace as well as serving as Mayor between 1934 and 1937. He was appointed an OBE and, in 1938, became an honorary fellow of Magdalene College Cambridge (his elder brother, Arthur Christopher Benson, was Master of Magdalene College from 1915 until his death in 1925). E.F. Benson died on 29th February 1940, having just sent off a copy of his autobiography, Final Edition, to his publishers. 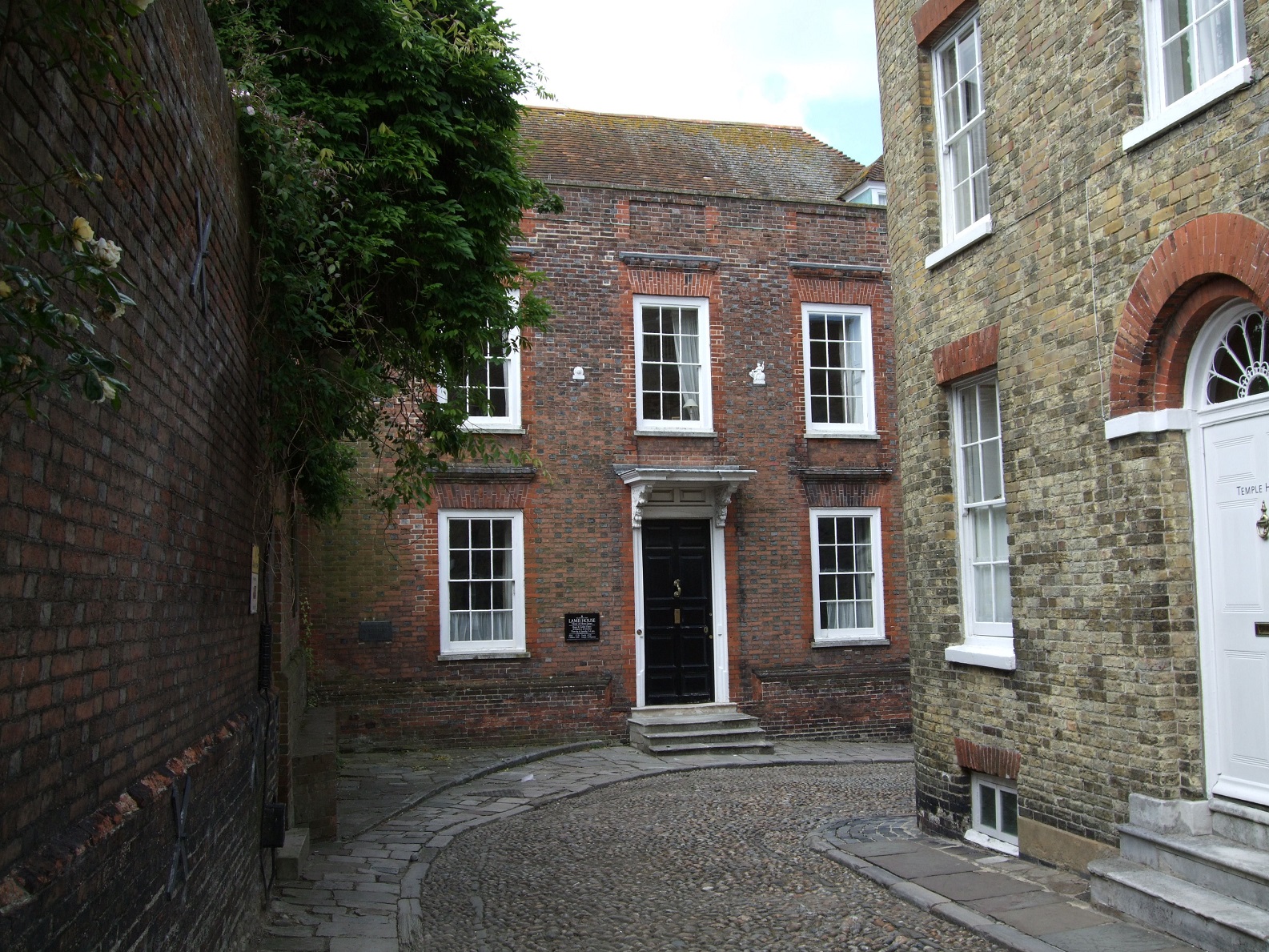 Today, Benson is probably most famous for his Mapp and Lucia novels of social manners. Contemporary fans of the series included Noel Coward, W.H. Auden, and Nancy Mitford. The series included six novels: Queen Lucia (published in 1920), Miss Mapp (1922), Lucia in London (1927), Mapp and Lucia (1931), Lucia’s Progress (1935), and Trouble for Lucia (1939). Benson also wrote two short stories, ‘The Male Impersonator’ and ‘Desirable Residences’, set in the same fictitious world. The books focus on the social snobbery and one-upmanship of the upper-middle class society of the time, predominantly following the lives of the social-climbing Emmeline ‘Lucia’ Lucas and the formidable Elizabeth Mapp.

In the novels, Mapp and Lucia both live at some point at Mallards, which was based on Benson’s own Lamb House, in the small seaside town of Tilling (likewise modelled on Rye). The Bodleian Libraries hold E.F. Benson’s original draft manuscript of Mapp and Lucia, dated 1930, in the Archive of the Benson Family, which includes many of E.F. Benson’s original manuscripts. The novel, which was published in 1931, was originally given the title of ‘The Queen of Tilling’ and is the first novel in the series to feature both Elizabeth and Lucia. 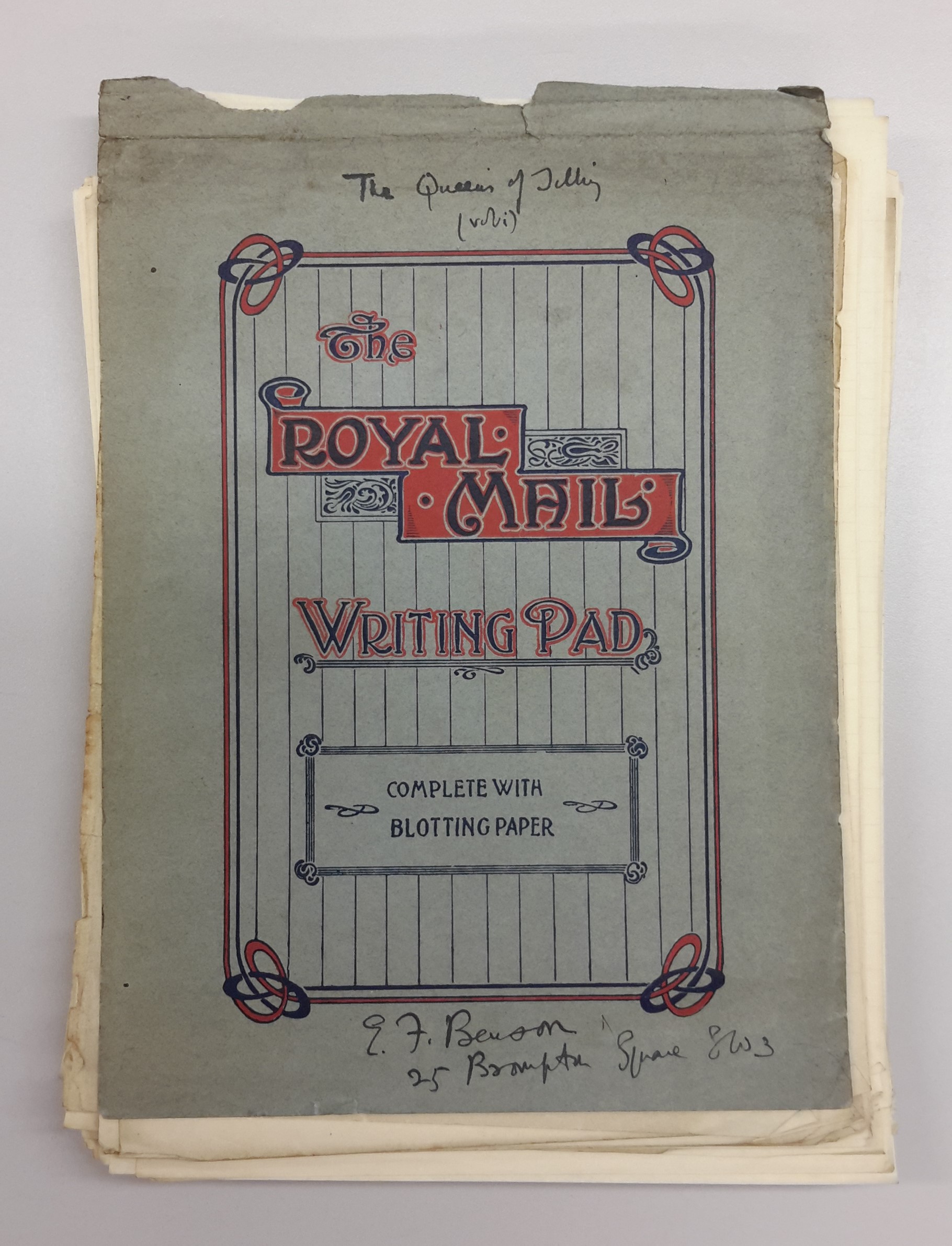 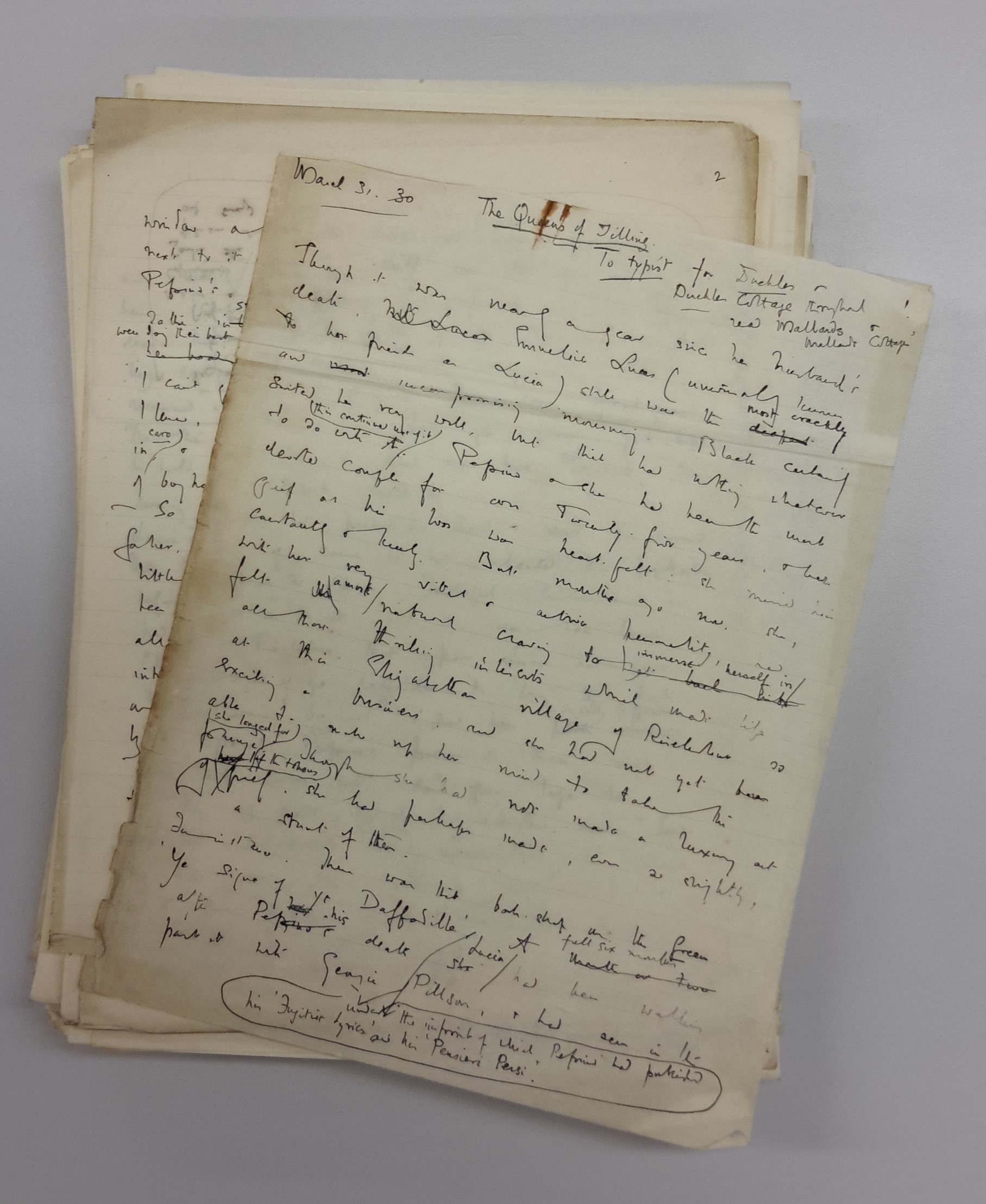 The novels remain in print today and have been made into several radio adaptations and two television adaptations, bringing the stories and characters to a larger audience. A ten episode television series adaptation by Gerald Savory on Channel 4 was broadcast in 1985 and 1986, and starred Geraldine McEwan as Lucia, Prunella Scales as Mapp, and Nigel Hawthorne as Georgie. More recently, in 2014, the BBC broadcast a television dramatization starring Miranda Richardson as Mapp, Anna Chancellor as Lucia, and Steve Pemberton as Georgie.

One thought on “E.F. Benson’s Mapp and Lucia”