This year marks the 450th anniversary of the 1571 Act of Parliament, of Elizabeth I, which formally incorporated the Universities of Oxford and Cambridge. Both had already existed for over three centuries but this confirmed their legal statuses as corporations.

In contrast to the colleges, the central University of Oxford has no charter of foundation. It is said to have emerged during the eleventh century when a  small group of teaching masters and their pupils set up home in hired lodgings in Oxford. Not yet the large corporate body we know now, the University was merely a group of individuals living and working in an already-established town. In 1214,  these individuals were placed under the jurisdiction of a Chancellor appointed by the Bishop of Lincoln and they quickly gained recognition as a corporate body. 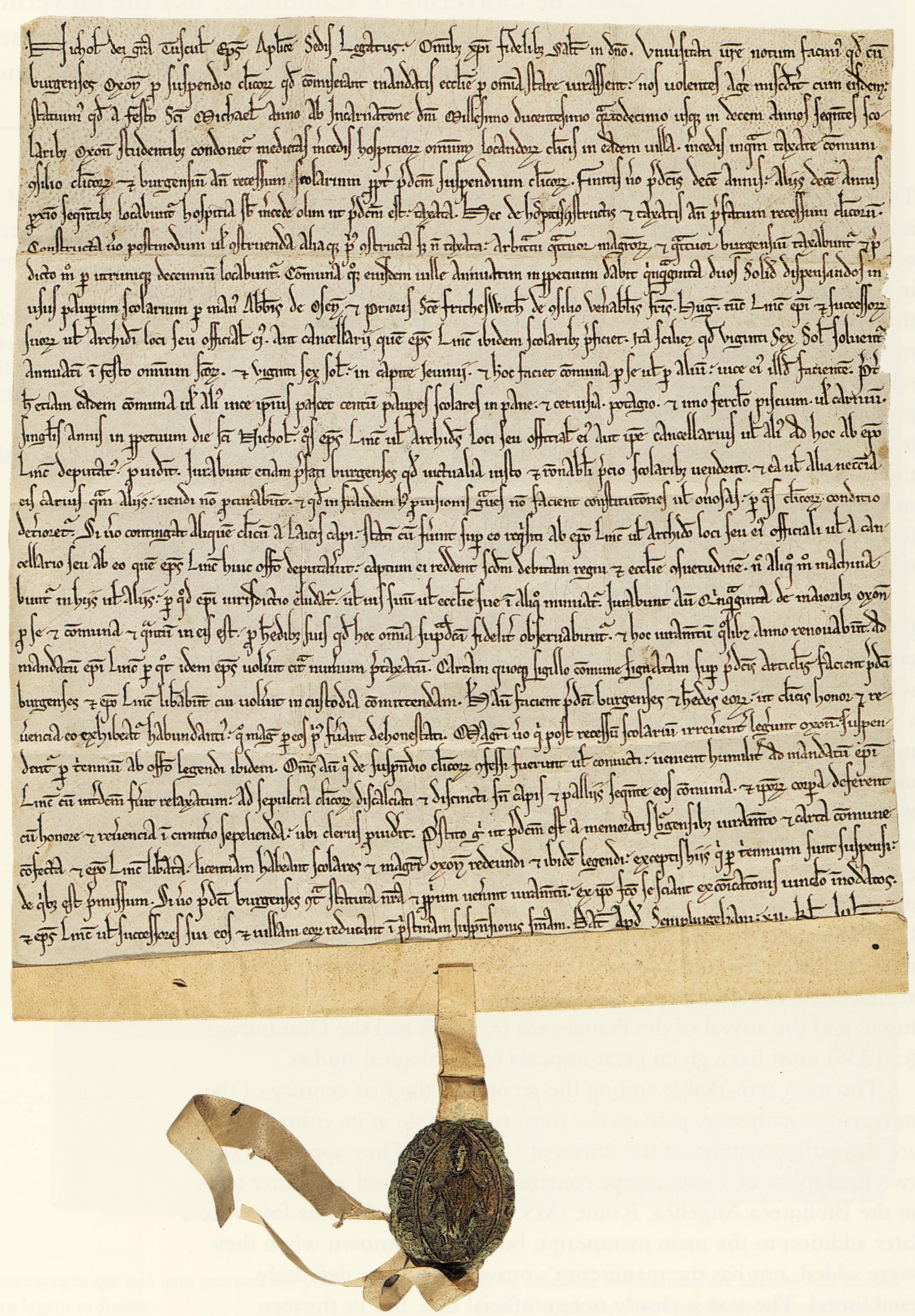 First gaining in 1216 the title of ‘universitas’ (which meant, simply, any body of people have a distinct purpose and status), the University’s corporate status was further enhanced over the years by having its own statutes, officers and premises.

Until the reign of Elizabeth, the University had accrued its rights and privileges through the issue of royal charters. Each monarch keen to support the University would grant it a charter conferring yet greater powers and freedoms on it, as well as confirming those issued by their predecessors. Covering a range of areas, from law and order to street cleaning, these additional privileges were often obtained at the expense of the city authorities who saw their rights and privileges reduced as a direct result.

Relations in Oxford between the University and the city were not particularly good at the time the 1571 Act was passed. The city was still smarting over the charter of Henry VIII issued in April 1523 which had given the University many new privileges and powers over it, including effectively putting much of the city’s business under the control of the Chancellor of the University. His powers had extended over control of certain trades (eg the regulation of essential goods such as bread and ale) as well as the right to claim legal cases for the University’s own court, the Chancellor’s Court, bypassing the city’s legal processes. 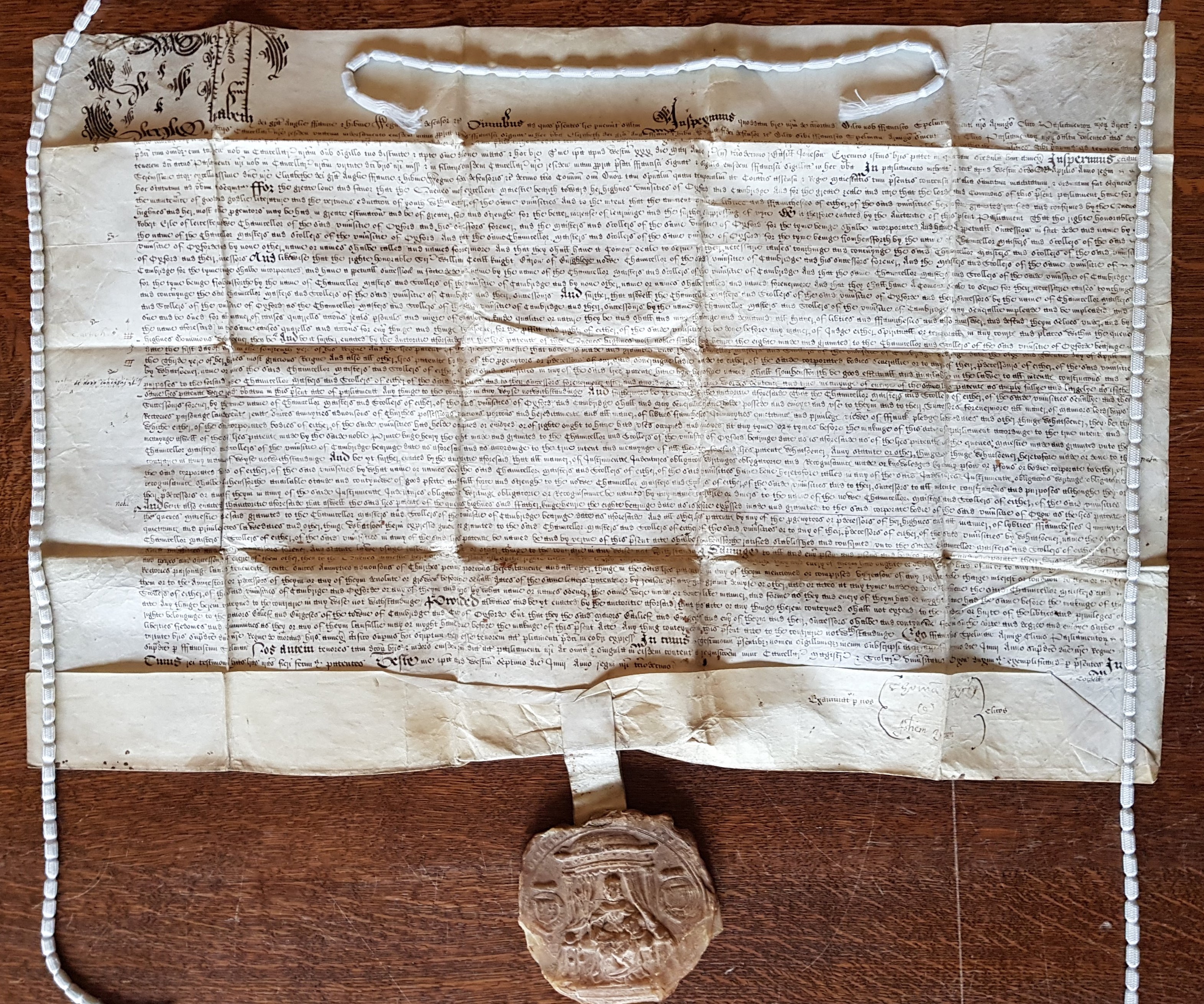 Exemplification of the Act of 1571 for incorporating the Universities of Oxford and Cambridge, 7 June 1571 (OUA/WPbeta/A/10)

The Act of 1571 paid little attention to the bad feeling between the two and was instead intent on strengthening the two universities and confirming the rights and privileges they had already acquired over the preceding centuries. In it Elizabeth confirmed the validity of all the charters, deeds and documents previously issued by her predecessors, namechecking, somewhat pointedly, the contentious charter of 1523. The two universities’ possessions and freedoms were ratified and protected, now placed on a more secure statutory footing. The Act also established the University’s official title as ‘the Chancellor, Masters and Scholars of the University of Oxford’ and gave it a common seal.

In what seems to be a small placatory move towards the city, the last paragraph declared that the Act would not ‘extend to the prejudice or hurt of the Liberties and Privileges of Right’ of the city of Oxford and town of Cambridge.

The exemplification, or copy, of the Act in the University Archives bears the seal of Elizabeth I, showing her seated and holding her regalia. Annotated over the years by University officials and administrators, it has key clauses underlined, notes in the margins and a couple of doodles. 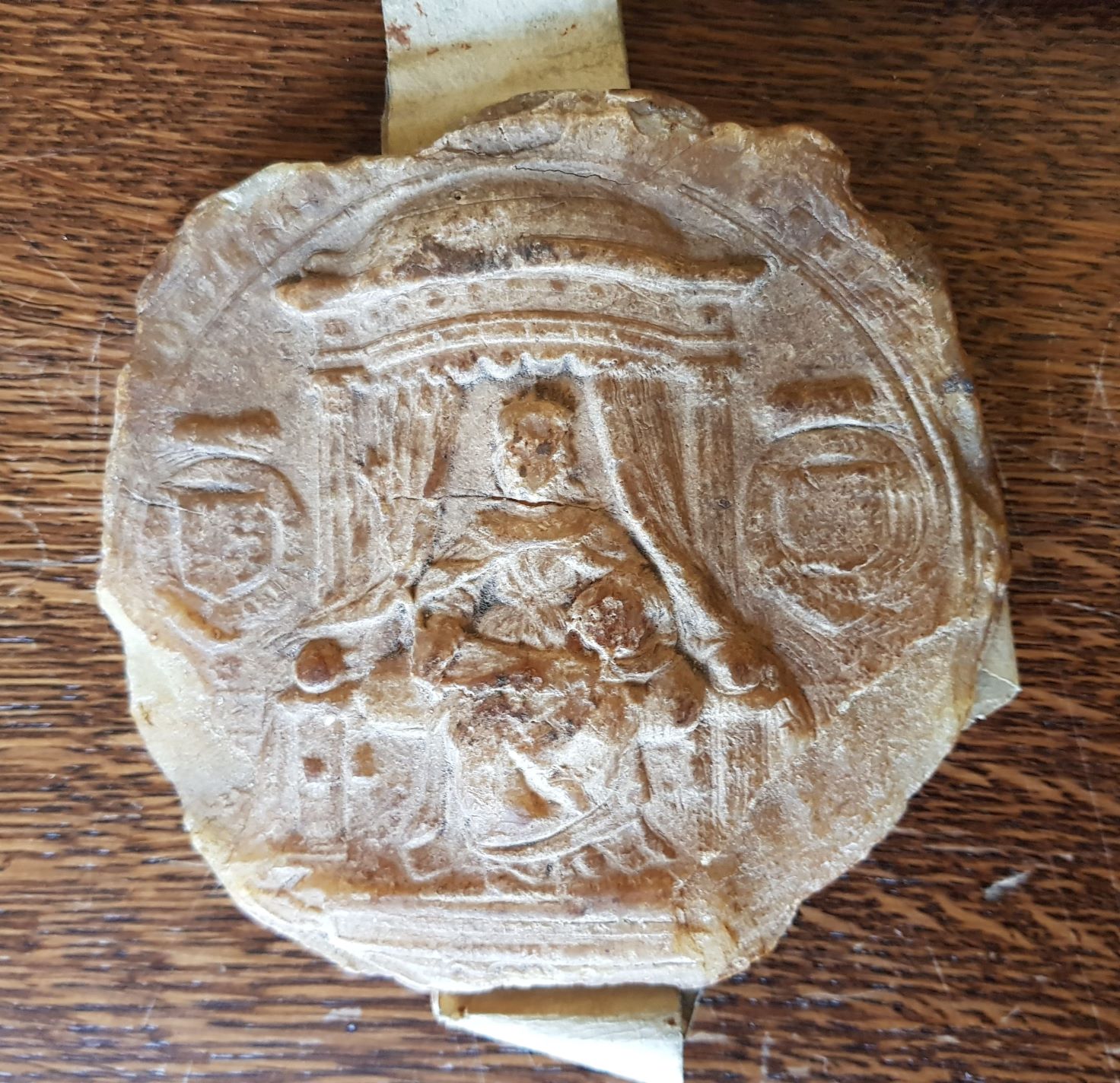 Although this Act of Parliament did not create the University, it is the highest confirmation of its corporate status. More information about the legal status and constitution of the University can be found on the main University website at  https://governance.admin.ox.ac.uk/legislation/preface-constitution-and-statute-making-powers-of-the-university