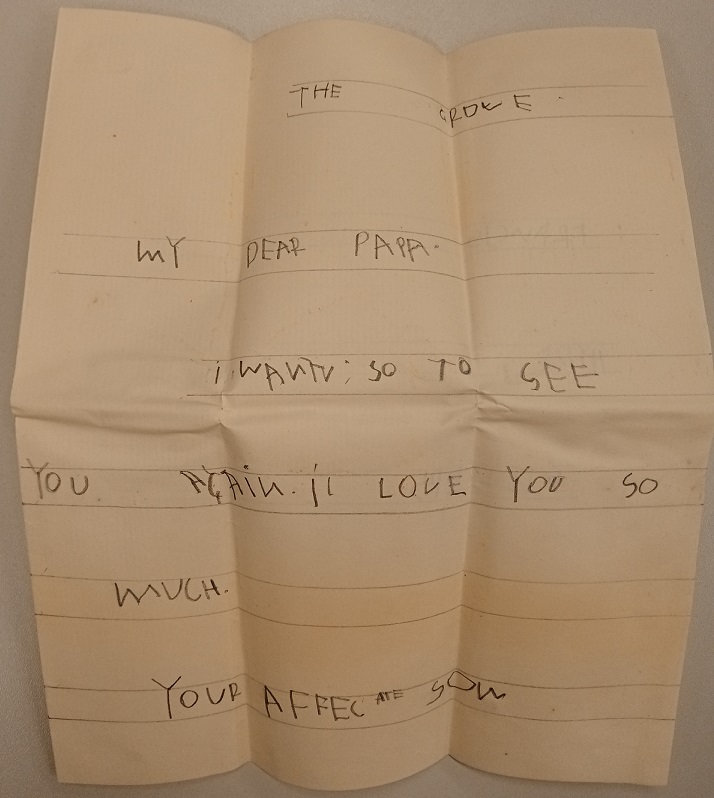 Letter from young Francis Hyde Villiers to his father, the 4th Earl of Clarendon [click to enlarge]

Too cute not to share, this heavily folded letter was written by Francis Hyde Villiers to his father George, 4th Earl of Clarendon, in the mid 1850s.

Sir Francis Hyde Villiers (1852-1925) went on to be Minister to Portugal, Ambassador to Belgium, and possessor of a formidable moustache, but here he’s just a very young boy who misses and loves his dad.

The letter is preserved in the archive of the Earls of Clarendon (2nd creation), currently being catalogued.