In 1621 the University was given two plots of land in Essex by Thomas White, a clergyman and former Canon of Christ Church. The gift was intended to establish and provide ongoing financial support for a new professorship at the University: the White’s Professor of Moral Philosophy. 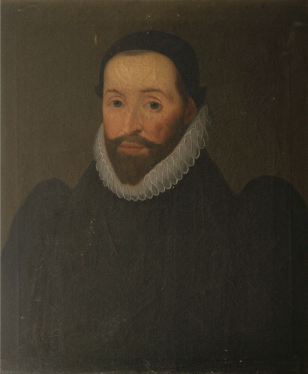 Donations to the University like this were not unusual. Wealthy individuals wanting to perpetuate their name, or gain some kind of connection with the University, gave land and its associated income (eg from renting the land to tenants) to endow new academic posts or institutions. In the original deed of benefaction which conveyed the two plots of land (known as Langdon Hills and Blackmans Farm) to the University, White set out what he wanted the income from the estate to be used for. The principal one of these was to pay for the salary, or ‘stipend’, of the professor – the sum of £100 a year.

The trouble with estates is that it costs money to run them – sometimes more than the income that you get from them. White’s gift came with its own problems for the University. During the period 1621-1798 the income from the property was never enough for everything it was supposed to pay for. In 1832 the University discovered that the estate, having been neglected by its tenant, was in such ‘a grievous state of dilapidation’ that it was completely unlettable. The University had to spend nearly £2000 on repairs so it could be let again. Until the works were completed, nearly a decade later in 1841, the estate gave the University no income and not one of the post-holders was paid. The situation never really improved and so, by the 1920s, the University decided to part with the estate. By 1924, both plots of land had been sold.

When the University acquired the estate back in 1621, it also acquired a number of much older historical documents as part of the property transaction. These included two plans of the estate – one of Langdon Hills, and one of Blackmans Farm. They had been drawn up in 1585 for the then owner of the estate, Sir Thomas Mildmay. Like many wealthy landowners of the time, Mildmay commissioned surveyors to survey his estates and produce plans of them. Expensive to produce, they would have been a status symbol for him as well as having a practical purpose. Mildmay commissioned John Walker, a surveyor from Essex, and his son (also John), to survey this estate as as well as a number of others he owned in the county. 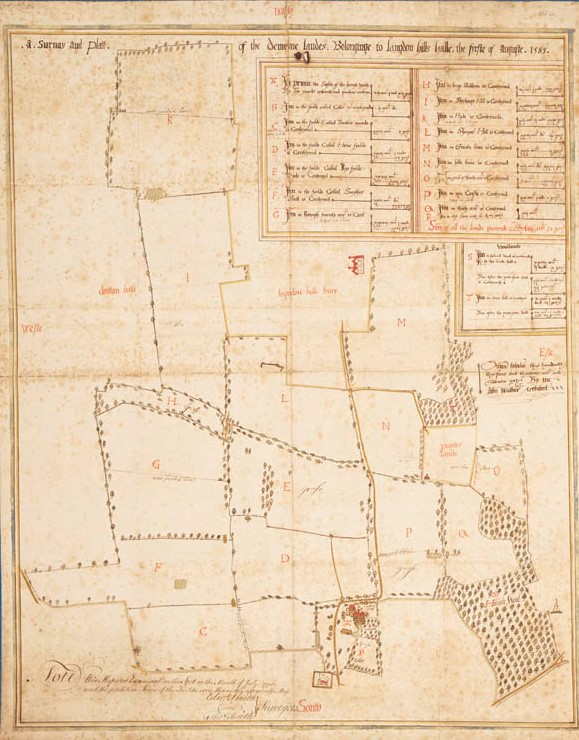 The larger of the two plans, concerning Langdon Hills, shows the size and use of the farm, including detail of trees and gates and, at the bottom of the plan marked ‘A’, an impressive Tudor house which appears to have been Langdon Hills Hall. The Hall is no longer there, but a farm, Langdon Hall Farm, with the same recognisable field boundaries, can be found just outside Basildon. 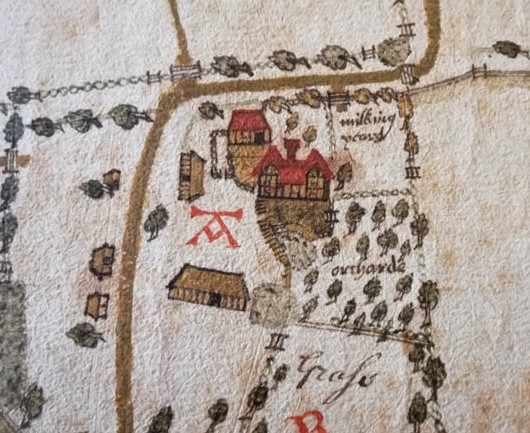