There are many different traditions associated with this time of year, not least the pulling of crackers on Christmas Day. And what cracker would be complete without a terrible joke?

A recent donation to the Bodleian Library included this manuscript volume, described in pencil on the inner flyleaf as containing ‘162 conundrums’ and dated as c.1814-1820. According to The Oxford Dictionary of Phrase and Fable, a conundrum is: A question asked for amusement, typically one with a pun in its answer; a riddle; a confusing and difficult problem or question. 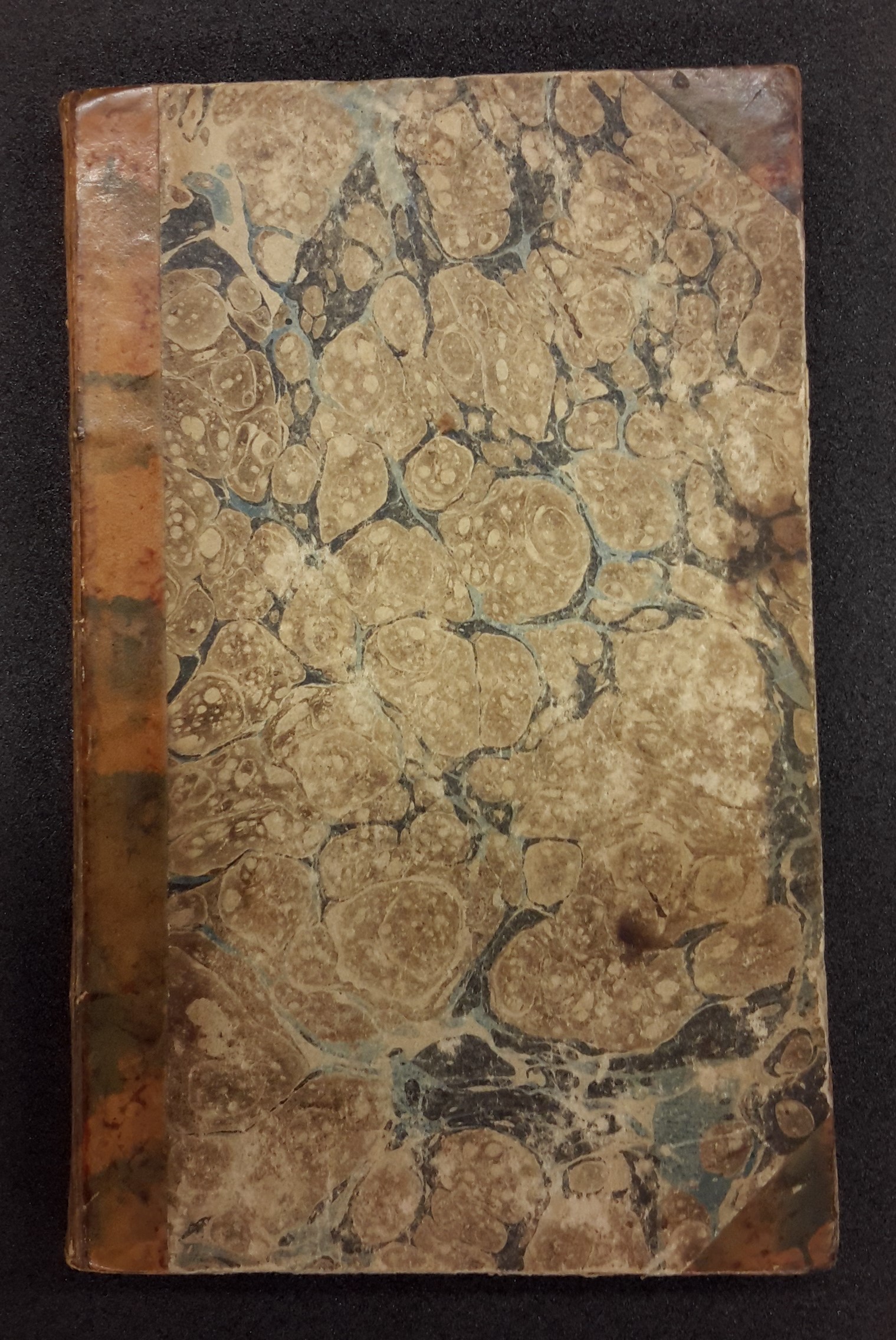 This volume contains 162 questions or riddles, undoubtedly collected for amusement’s sake. The questions or riddles are written in several different hands which suggest the volume was passed round family and friends to add their own. The questions are numbered and listed at the front of the volume, and the answers are provided in a numbered list at the back of the volume. Unfortunately, there is no clue as to the identity of any of the contributors apart from a label on the front pasteboard which suggests that the notebook was bought from Martin Keene’s book and stationery shop in College Green, Dublin. 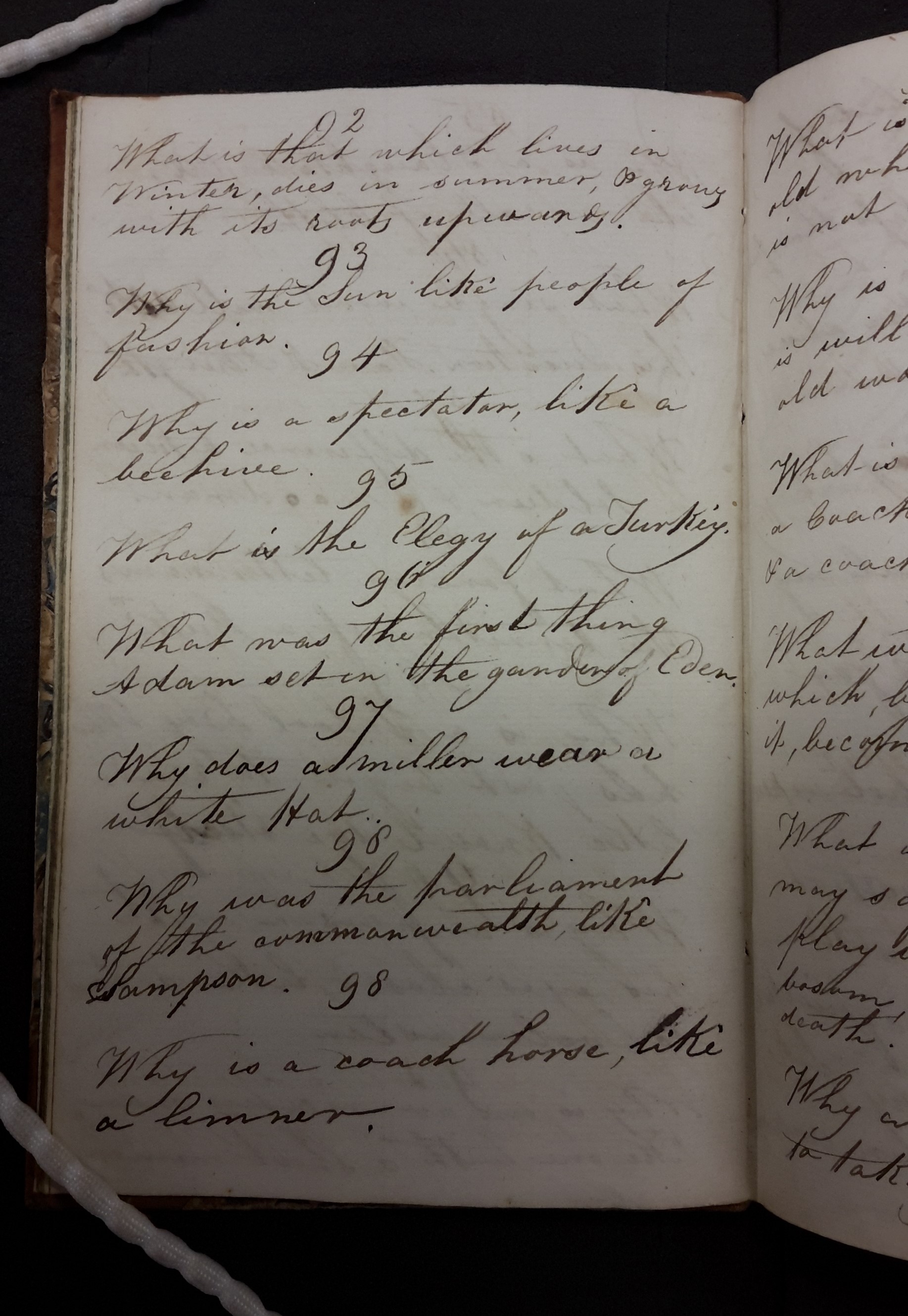 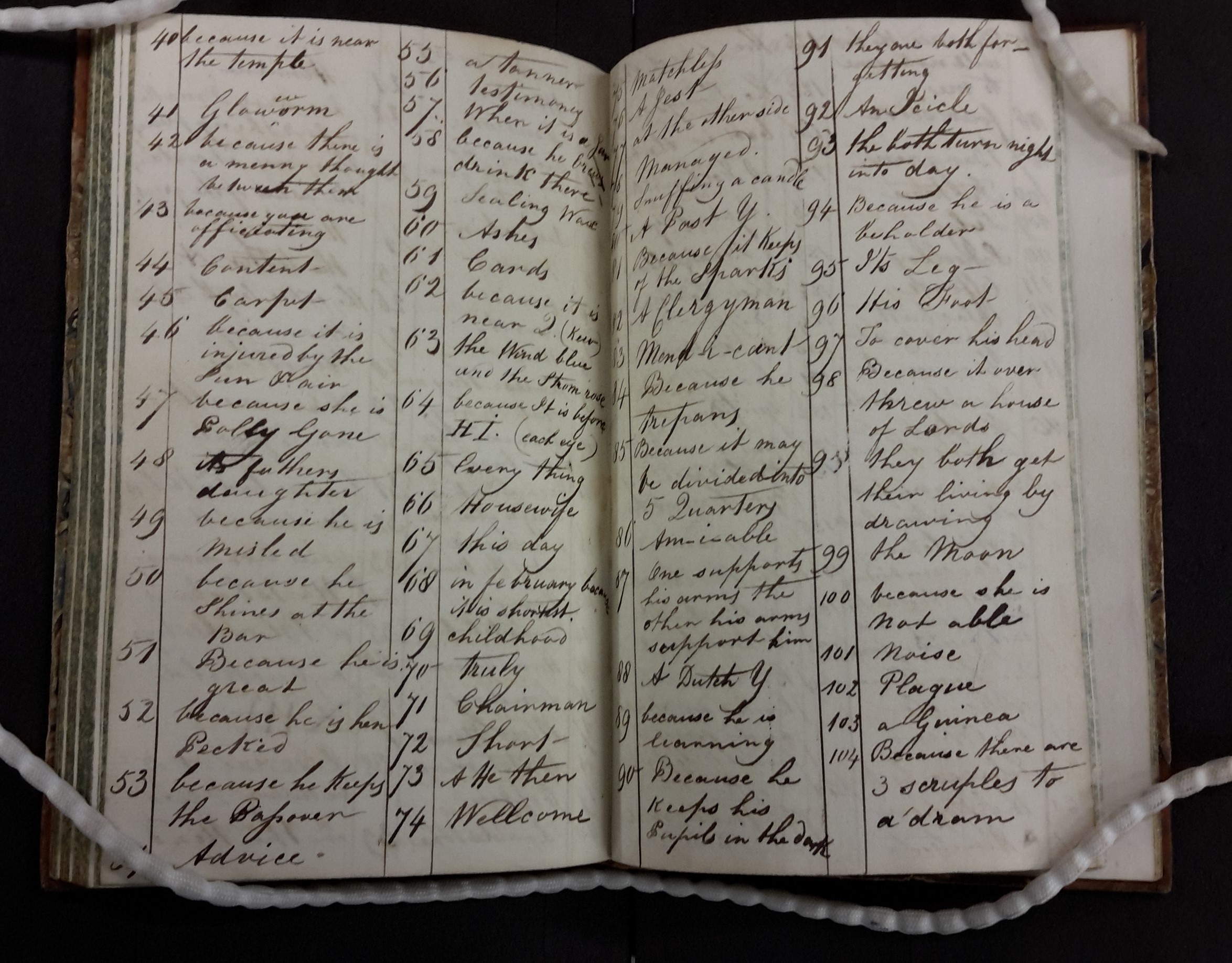 Here is a selection:

Why is a drawn tooth like a thing forgotten? Because it is out of the Head.

Why is a spectator like a beehive? Because he is a beholder.

What is the Elegy of a Turkey? Its Leg.

Why are the bucks and does in Windsor forest like the Queen? The King’s own deer.

Reading through the conundrums, it is somewhat reassuring to find that the tradition of sharing terrible puns is many centuries old! I wonder if this particular volume was ever passed around the family at Christmastime?

3 thoughts on “A lot of pun? An early nineteenth-century book of conundrums”