February is LGBTQ+ history month, an opportunity to shine a spotlight on the often overlooked and hidden histories of lesbian, gay, bi and trans people. Although LGBTQ+ students will have been part of Oxford University throughout its existence, for most of that time, they were unable to freely be themselves whilst here, and so many of their stories, unrecorded in the University’s archives, remain untold.

LGBTQ+ student societies only began to be formed about 30 years ago. The implementation of anti-gay legislation by the government, such as Section 28 in 1988, caused serious concern for the welfare of LGBTQ+ students. Until this point, their voices had been very rarely heard. Many students in previous centuries had to live a double life, presenting the facade of a ‘conventional’ student whilst living privately in a very different way.

One such student was Thomas Baty. Born in Carlisle in 1869, he was admitted to the University in 1888, a member of Queens College. A talented student of law, he achieved second class honours in Jurisprudence in 1892 and his BA was conferred that same year. He then went on to obtain a Bachelor of Civil Law in 1894 and became a Doctor of Civil Law in 1901. A high-achiever, he also obtained two degrees in law from Cambridge University during this period. 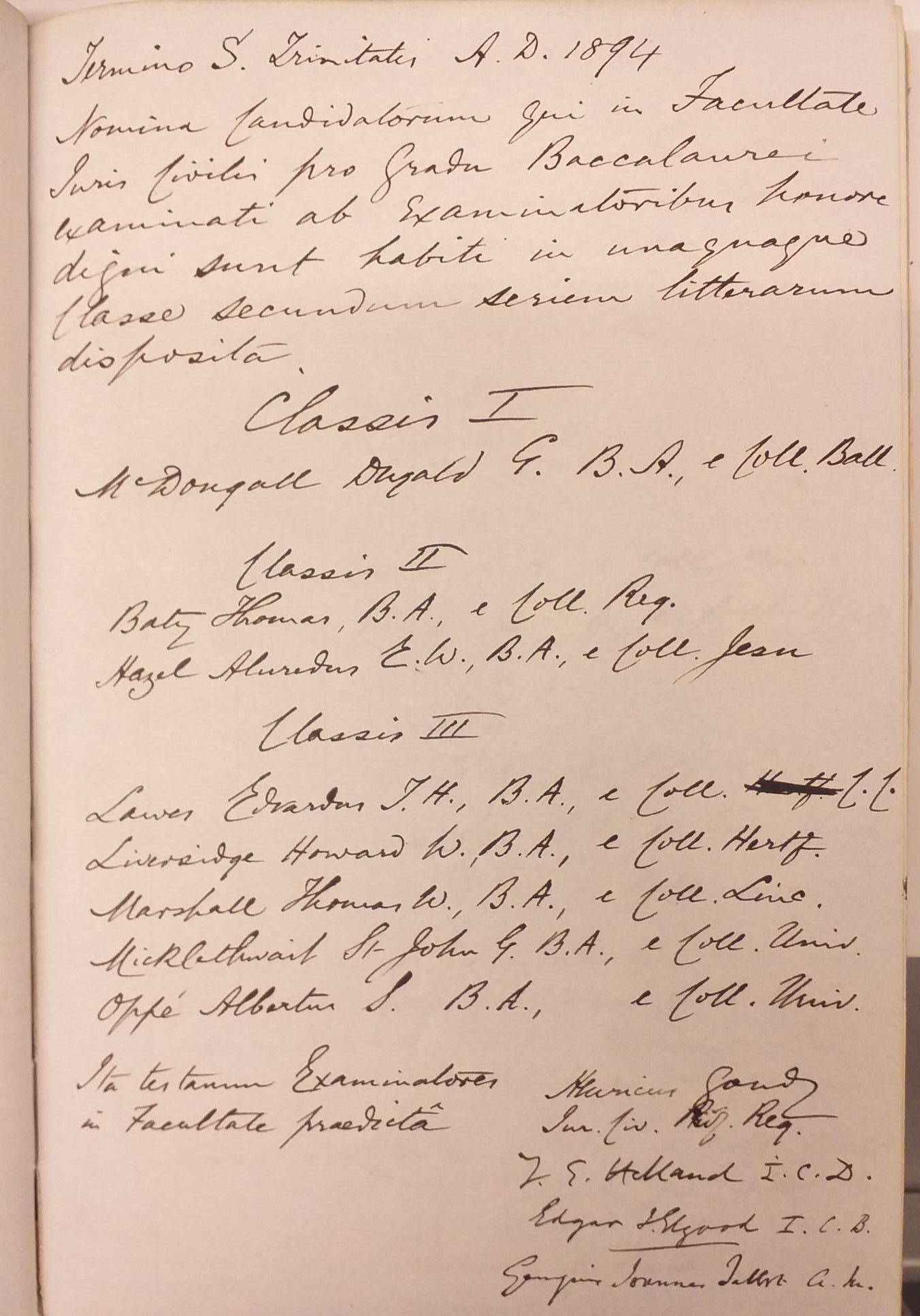 List of successful candidates for the BCL, 1894 (from OUA/UR 3/4/16/1)After his degrees, Baty lectured and examined for the University, holding a law fellowship at University College. There followed a distinguished career in international law, with numerous legal publications to his name. He moved to Japan in 1916 to work as a legal adviser to the Japanese government which he stayed for the rest of his life until his death in 1954.

But Baty led a very different life away from the University and the law. Only after leaving education does it appear that he began to be free enough to explore all elements of his personality. Regarded today as a gender pioneer, he described himself as a radical feminist. He railed against the restrictive gender conventions of his day, defying those conventions in his private life.

In 1993 it was discovered, by scholars Daphne Patai and Angela Ingram, that from 1909 Baty had been writing books and articles on gender under a different identity. Writing as Irene Clyde, he published works which argued against the strict binary division of gender into male and female. Genderfluid himself, he opposed the artificial gender conventions which society had constructed on biological sex. He thought they served only to create barriers between people. His 1909 novel as Irene Clyde, Beatrice the Sixteenth, was set in an imaginary utopian genderless society. In 1912 he founded the ‘Aëthnic Union’, and in 1915 he and a number of other influential individuals also founded the privately-circulated magazine Urania. Baty used both these channels to attack the system of two rigidly-defined genders. 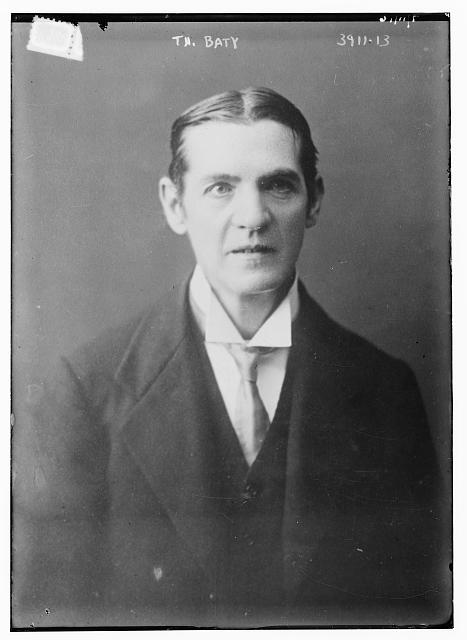 None of Baty’s queer identity can be found in the records here. These document his academic career only and shed no light on these other important aspects of his life. Tracing the experiences of LGBTQ+ students like him in the archives here is virtually impossible; nevertheless, we should not allow the silence of the archives themselves to keep these histories hidden.

Much of the information here about Baty’s life after Oxford has been taken from a series of interesting blogs by Ealasaid Gilfillan available at:

The blogs also give links to further reading on Baty concerning both his professional and personal lives. The discovery of Baty’s identity as Irene Clyde is discussed in Daphne Patai and Angela Ingram’s 1993 book Rediscovering Forgotten Radicals: British Women Writers 1889-1939 (‘Fantasy and Identity: the Double Life of a Victorian Sexual Radical’, pp265-304).