Every year, on the Wednesday of the 9th week of Hilary Term, the University admits its new Proctors and Assessor to office. These are senior officers of the University, responsible for scrutiny and discipline, whose role is to oversee student matters and uphold the University’s statutes and policies. The two Proctors (a Senior Proctor and a Junior Proctor) and the Assessor are selected from the fellows of three colleges (one for each) on a rota basis and each officer holds their position full-time for 12 months.

The role of the Proctor is ancient. First referred to in 1248, the two Proctors were the principal officers of the University, along with the Chancellor. They were responsible for discipline and order, both in terms of academic studies and conduct. At first the Proctors were chosen from among the fellows of colleges, one Proctor for each of the two ‘nations’ into which the University was divided at that time. The Senior Proctor was chosen by the ‘southerners’ and the Junior Proctor by the ‘northerners’. The procedure for their election was complex until 1574 when they began to be elected annually by Convocation (the body of MAs of the University at that time). This lasted until the early seventeenth century when, following a number of rigged elections and some chaotic and pretty violent meetings of Convocation, a new way of selecting the Proctors had to be devised. 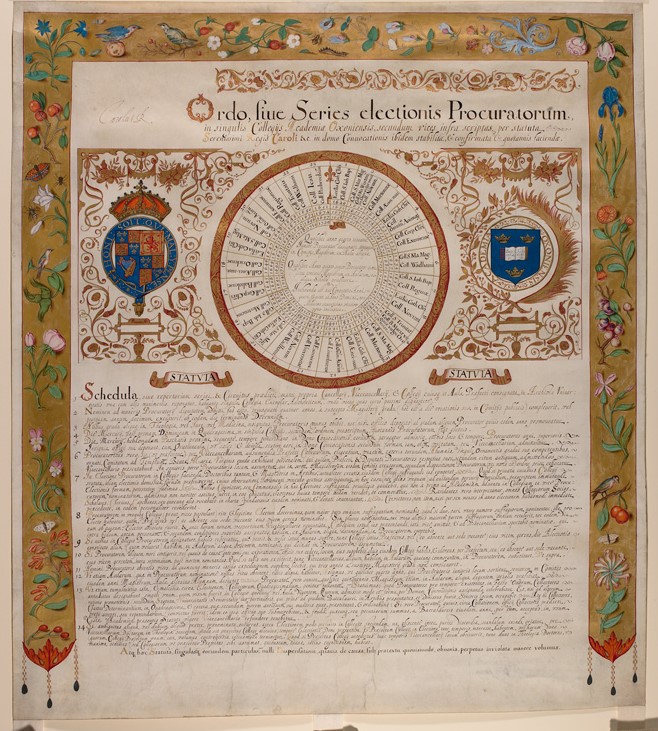 The Proctorial cycle, instituted in 1628 at the initiative of King Charles I and the Chancellor of the University, William Laud, established the basis of the current system of selecting the Proctors from each college in turn. Drawn up by two mathematicians, the prearranged order (at that time spanning 23 years) was designed to avoid the conflict of recent years and ensure that the larger colleges didn’t dominate the process (although they did have more frequent turns).

The new cycle came into effect in 1629 and ten full cycles had been completed by the time a new cycle was introduced in 1859. Later amendments have since been made to the cycle to incorporate new colleges and halls; and from 1960 the women’s colleges were permitted to elect a Representative, now known as the Assessor. The Assessor was formally incorporated into the Proctorial cycle in 1978.

The incoming Proctors and Assessor are admitted to office each March at a ceremony held, in recent years, in the Sheldonian Theatre. Due to the pandemic, the 2020 ceremony took place without an audience, and the 2021 ceremony was held online. This year’s admission ceremony, on Wednesday 16 March, is the first to be held in person and in full for three years. 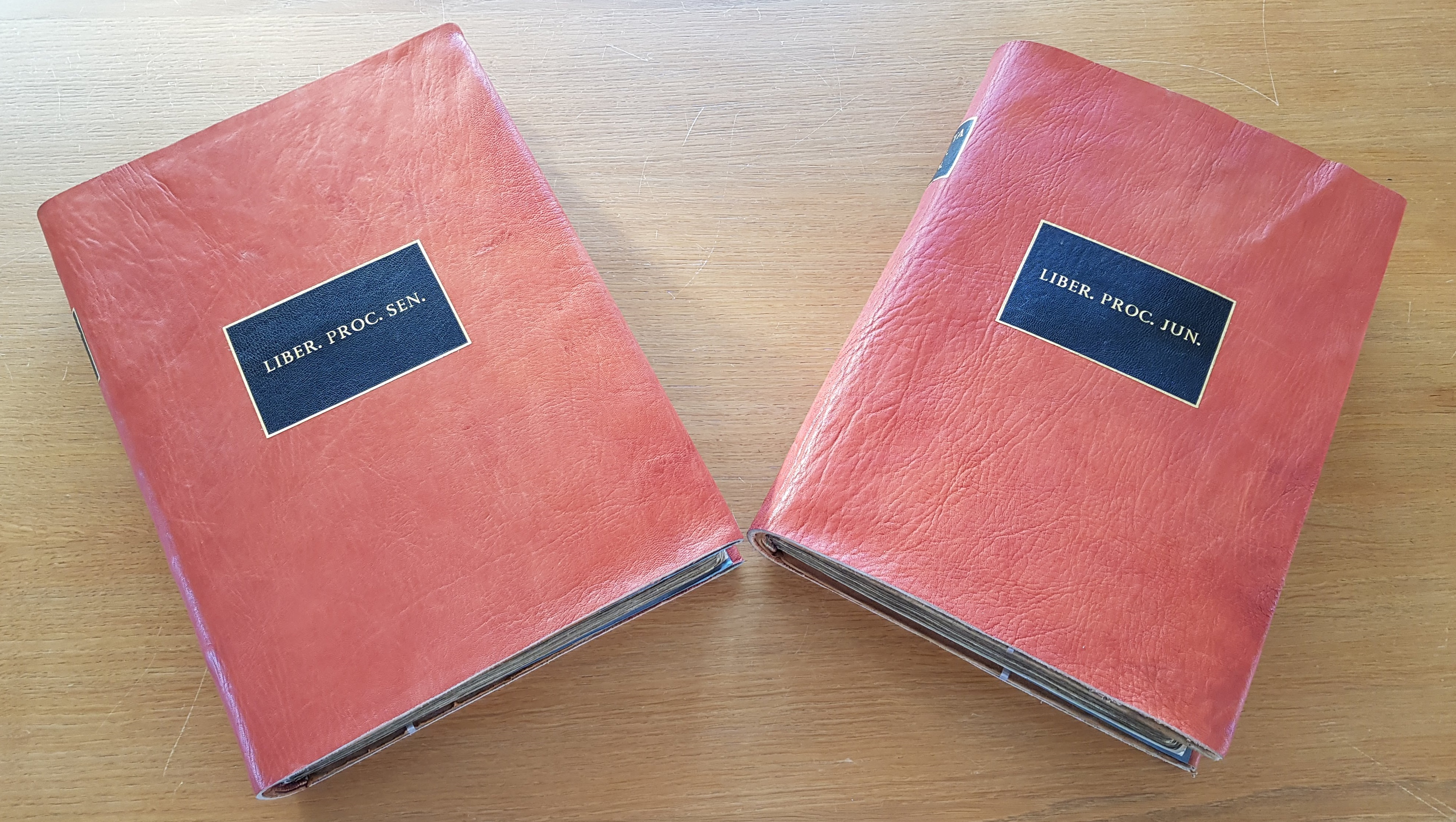 As part of the ceremony, the incoming Proctors place their hands on two ancient volumes of University statutes while they swear their oaths of office. These are copies of the 1636  Laudian Statutes held in the University Archives. The Laudian Statutes, so named because their compilation took place under the Chancellorship of William Laud, represented a watershed moment in the history of the University: it was the first time that all the University’s statutes and regulations had been brought together and recorded in one place. They remained at the heart of University governance for several centuries.

The copies of the statutes used in the ceremony were specially made  in 1636 for the Senior and Junior Proctors.  They were to be their personal copies, handed down from Proctor to Proctor as the most important tool for their job. They have recently been handsomely recovered in leather wrappers, fit for their ceremonial role. The statutes are personally escorted to and from the ceremony each year by staff of the University Archives.

The statutes are of course no longer current, but along with a bunch of historic keys which is handed to the Proctors during the ceremony, they are symbols of the ancient but continuing power which the Proctors hold within the University.