Wednesday 22 June 2022 is Windrush Day in the United Kingdom, celebrating the contributions of Afro-Caribbean migrants and their descendants to British culture, economy and society. The day is also a call to acknowledge and reflect on the hardships and sacrifice endured by the huge number of brave people who responded to the British call to colonies to migrate to Britain, assist in her recovery from World War Two and build a life here.

To mark Windrush Day, we thought we would have a look in our Archives and Modern Manuscripts to highlight some items related to the ship H.M.T. Empire Windrush, and the 70 year anniversary of 2018.

The first generation of settlers arrived in Tilbury Docks, 22 June 1948, aboard the Empire Windrush ship (previously called ‘Monte Rosa’, before the British renamed it). On this Caribbean journey the ship picked up passengers in Trinidad, Jamaica, Cuba, Mexico and Bermuda. Reports of numbers of arrivals on that first day vary between 500-1000 Caribbean men and women, but immigration from the colonies continued into the 1950s whereby the new British citizens who had travelled aboard H.M.T. Empire Windrush to their new home numbered tens of thousands. Many were servicemen or ex-servicemen.

In 2016 the John Johnson Collection of Printed Ephemera  received the donation of the Sayers Collection of Ocean Liner Ephemera,  which holds some material relating to the ship’s other voyages. 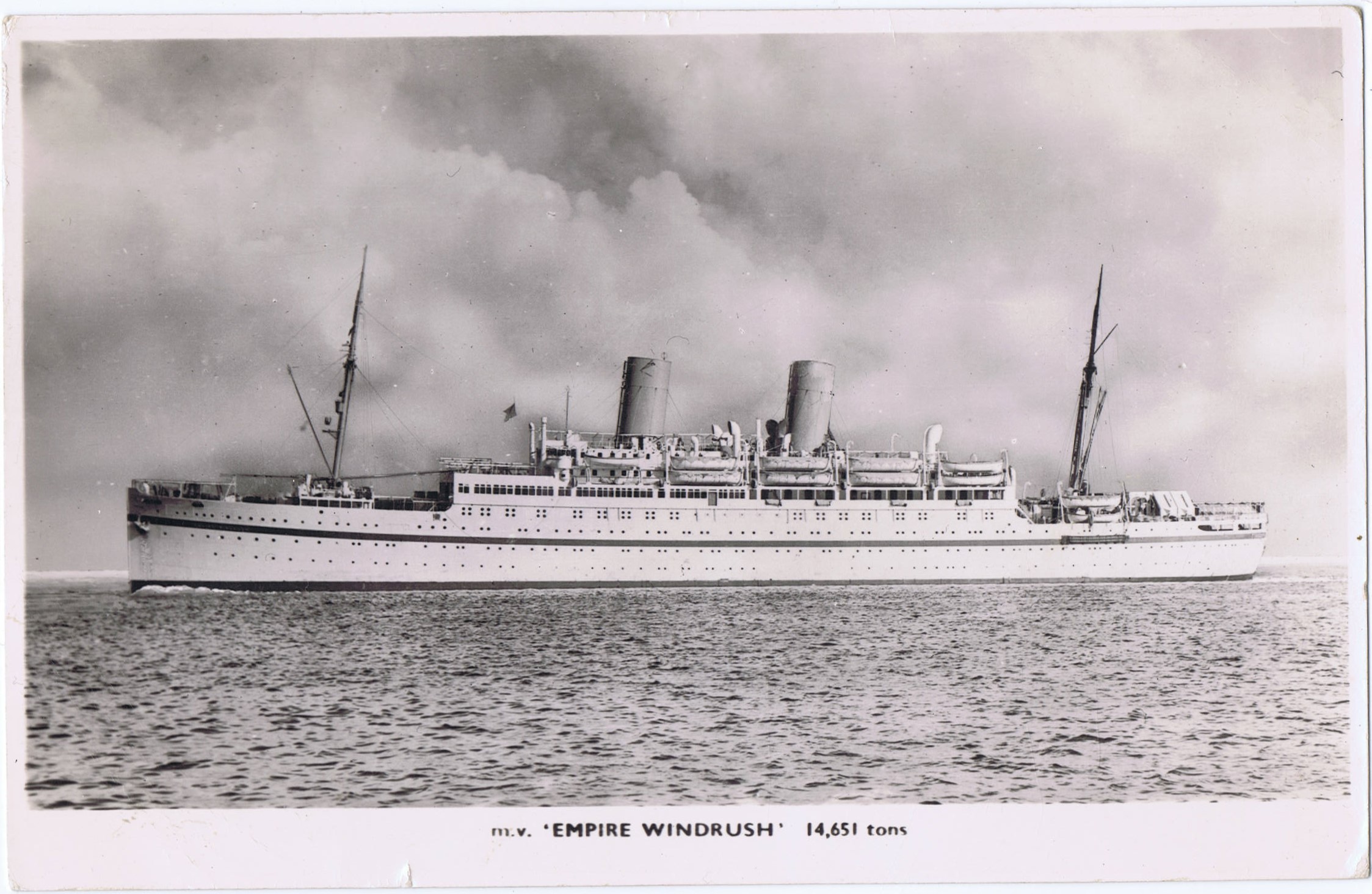 After being claimed as a war prize by the British at the end of the Second World War in 1945, the H.M.T. Empire Windrush still operated as a troopship, at a hefty 14651 tons. Image credit: Sayers Collection of Ocean Liner Ephemera, WP37 Empire Windrush RP troopship 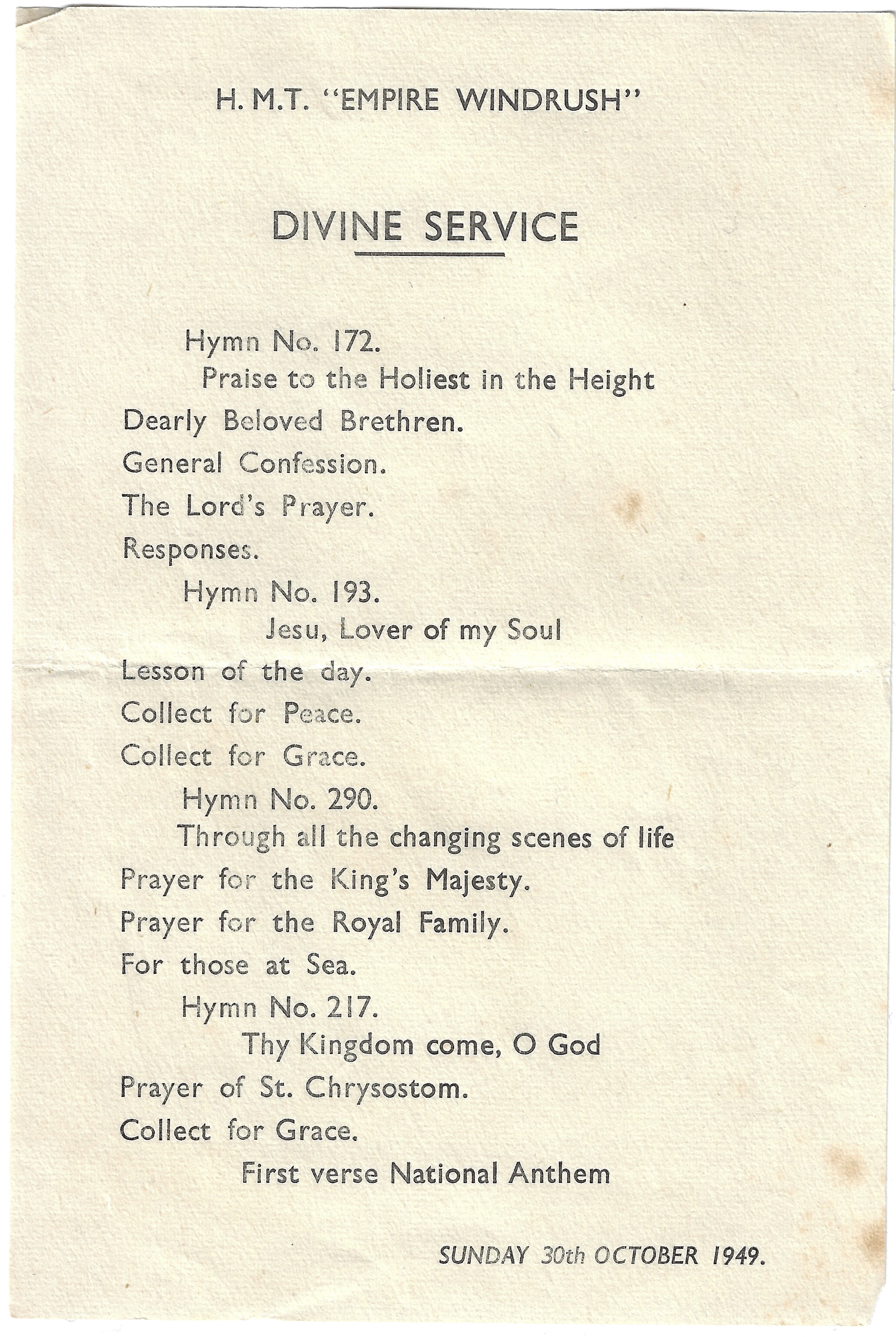 An order for a Divine Service given on board, 30 Oct 1949. Image Credit: Sayers Collection of Ocean Liner Ephemera, ZB19 Empire Windrush Divine Service

Photojournalist Colin Jones, together with journalist Peter Gillman of the Sunday Times, created a photo-series focused on a community hostel run by Caribbean migrant Herman Edwards at 571 Holloway Road, London during the 1970s. The hostel was a refuge for young black British people who were victims of prejudice, unemployed and had problems with the law. The name of the series comes from the name given to the hostel by those who frequented the halfway house, officially named ‘Harambee [Swahili for ‘pulling together’]’, who knew it as ‘the Black House’. Jones and Gillman set about to create a photographic record of everyday life in the house. The story of the series of the British Caribbean adolescents is ‘one of the most profound portraits of Black urban life in Seventies Britain’.[1]

Two photographs from ‘The Black House’ series feature in the Hyman Collection of British Photographs, which was donated to the Bodleian in 2019. The photographs have been digitised and can be viewed on Digital.Bodleian here: MS. 16177/5/4 and MS. 16177/5/5 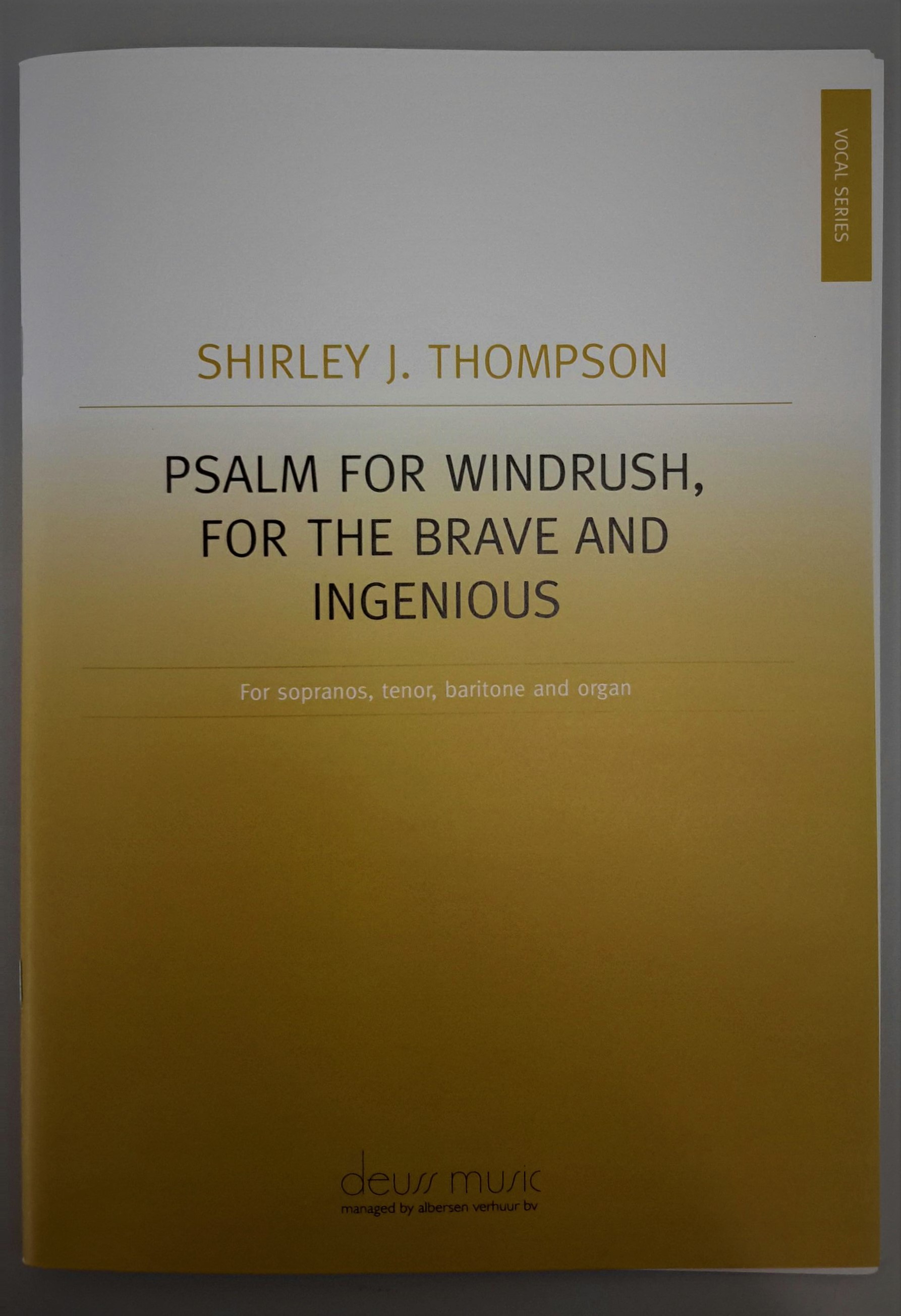 The Bodleian holds a printed copy of the original 24 page music score for Psalm for Windrush: for the Brave and Ingenious, with words based on Psalm 84.  In 2018,  to mark the 70th anniversary of the arrival of migrants from the Caribbean aboard H.M.T Empire Windrush, Westminster Abbey held a service of thanksgiving and commemoration: ‘Spirit of Windrush: Contributions to Multicultural Britain’. This service also took place in the wake of the Windrush Scandal. The anthem of the service was Psalm for Windrush, written by British Jamaican composer and academic Shirley J. Thompson specifically for the commemoration of the Windrush Generation. Psalm for Windrush was performed for the first time at the Westminster service by sopranos Nadine Benjamin and Gweneth-Ann Rand, tenor Ronald Samm and Baritone Byron Jackson, accompanied by Peter Holder on the organ and directed by Thompson. This copy was printed in The Netherlands,  as part of the Deuss Music Vocal Series.

Many of the British Caribbean migrants settled in London. London local authorities (as well as those further afield) charities,  organisations and heritage institutions are holding arts events, hosting festivals, curating playlists and collating educational resources to engage with Windrush,  the Windrush generation and descendants, and their lived experiences.