Among the many treasures of the Bodleian Libraries there are several precious gems from medieval Armenia. The first Armenian manuscripts were donated to the library by William Laud (1573 – 1645), the Archbishop of Canterbury, shortly after it opened its doors to scholars in 1602. Since then, the collection has steadily grown to include 140 manuscripts and thousands of printed books.

In 2021, thanks to the generous funding of The Carnegie Corporation of New York, the Bodleian began a digitisation project of the most fragile and important, from the scholarly perspective, manuscripts of this collection. To this date, 14 manuscripts and one early printed book have been fully digitised and are available to readers worldwide on the Digital Bodleian website.

The earliest Armenian manuscript of the collection, John Chrysostom’s Commentary on Epistle to Ephesians (MS. Arm. d. 11), dates to the 11th century and is one of the oldest surviving copies of this work. The manuscript is very fragile and damaged by humidity and physical harm. Folios 1-6 have been perforated by something sharp and perhaps hot: it is not unlikely that it was deployed to protect someone from being pierced by an arrow or a spear. 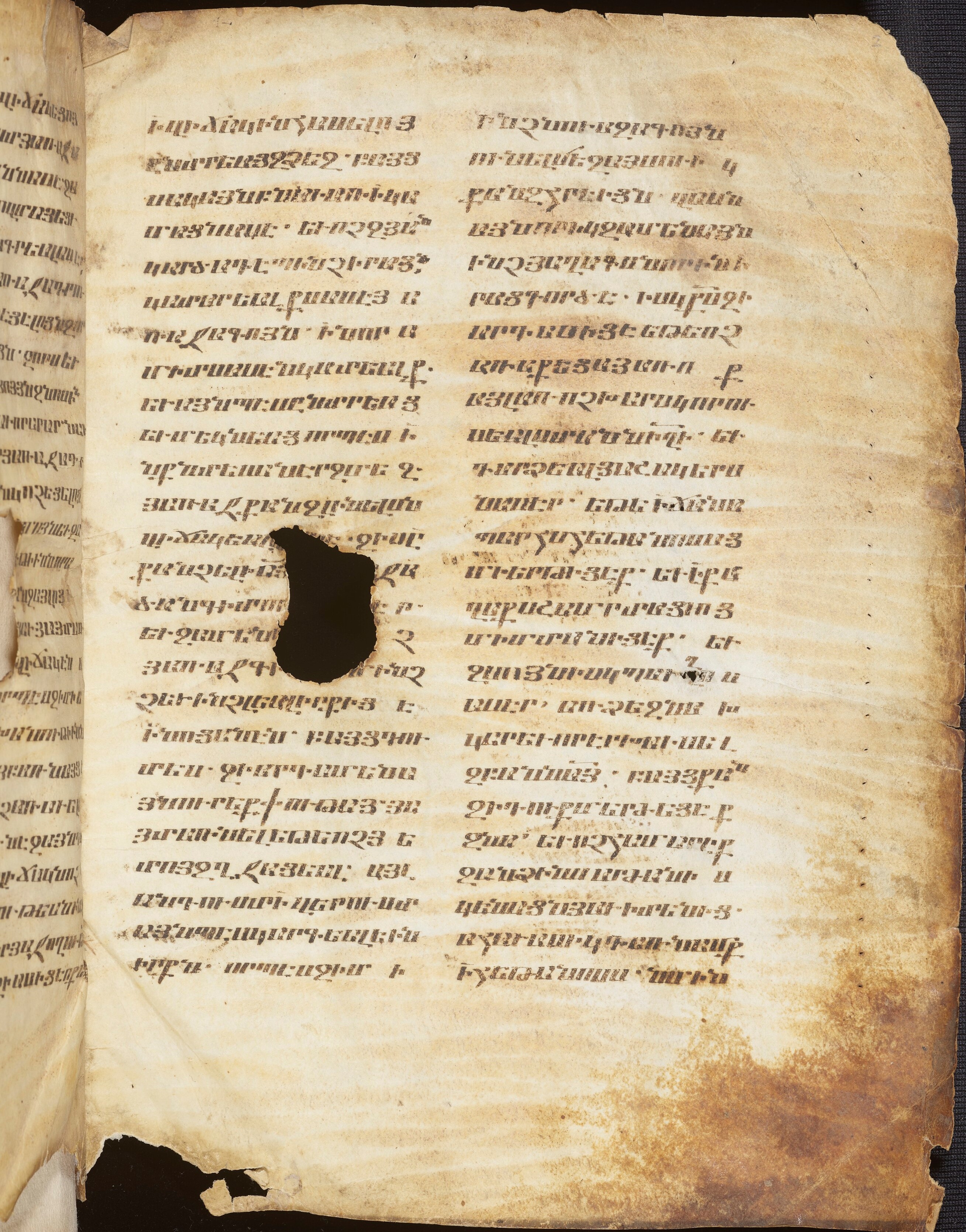 There are 24 full-page illuminations at the beginning of the MS. Arm. d.13 on folios 1v-24r. Each image has a brief note inserted at the bottom of the page, which provides information about the scene depicted in it. The author of these beautiful illuminations is the renowned Armenian artist Mesrop of Xizan (c. 1560–c. 1652), who primarily lived and worked in New Julfa in Isfahan. Mesrop’s style is quite distinct, with images full of bright colours, including portraits with simple yet clearly-defined features. 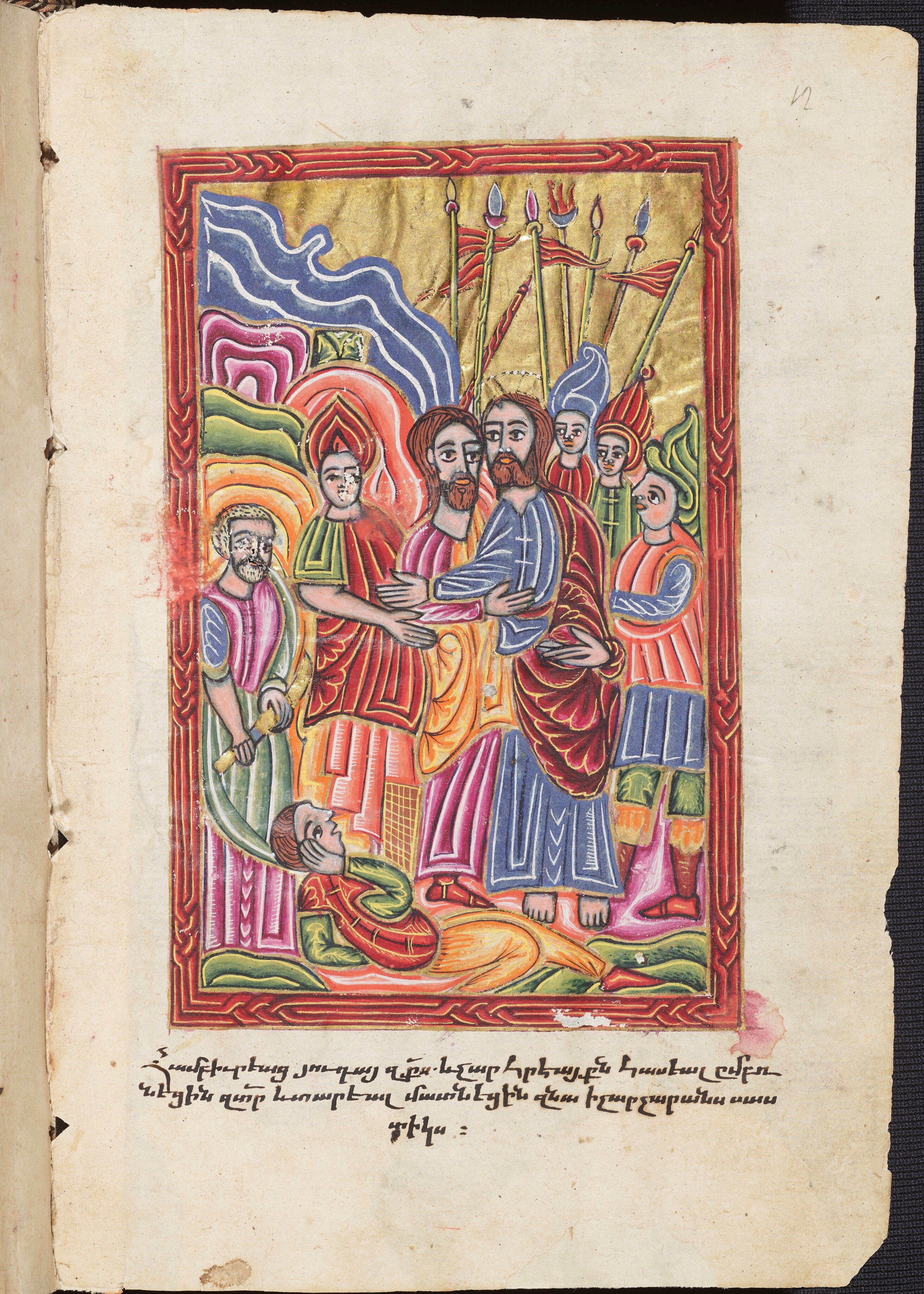 Another representative of Xizan, whose work has been preserved in the Bodleian MS. Arm. d.22, is the miniaturist Sargis Mokac‘i. Sargis is one of the better-known artists of the Vaspurakan / Xizan school of artists, who was a native of Mokk‘, a province south of Lake Van bordering on the province of Xizan, and was active from 1588 to his death in 1602. The MS. Arm. d.22 contains 14 full-page miniatures on folios 3v–10r and a large number of beautiful vignettes found in different parts of the manuscript. 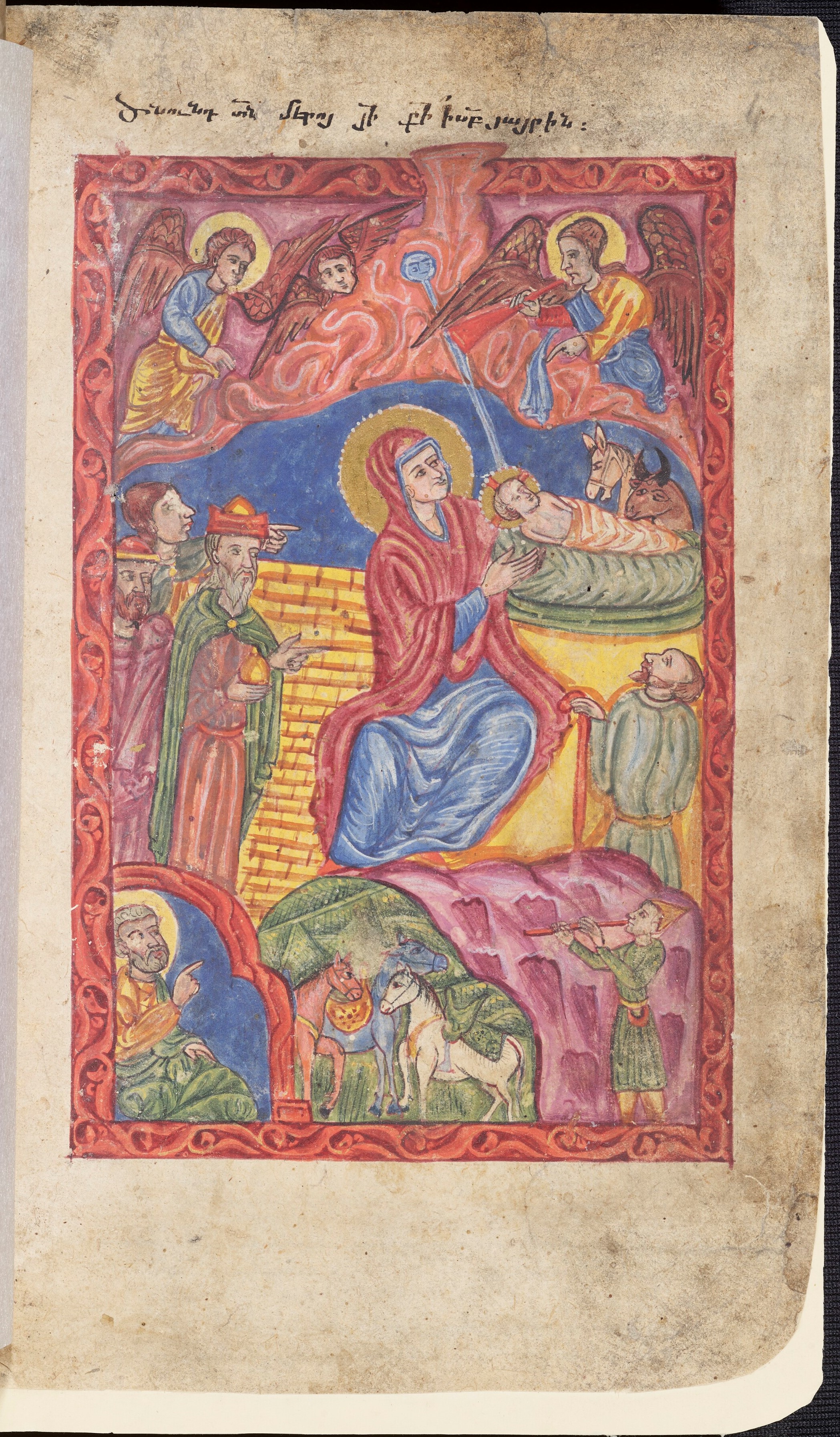 From amongst the printed Armenian books that form part of the Bodleian’s large collection, the 1638 edition of the Psalter stands out (Vet. Or. f. Arm. 1). According to the colophon, vardapet Xač‘atur Kesarac‘i printed this volume “in the city of Šōš in the desert of J̌uła [New Julfa of Isfahan, Iran] in the year 1087 [= 1638 CE]” with the help of  his students, “master Hakobčan, tēr Yovhannēs the priest, and tēr Mik‘ayel, and Yovsēp‘”. It has been suggested that this book could be the first ever printed book in Iran and the Middle East (Nersessian, Vrej. 1980. Catalogue of Early Armenian Books: 1512-1850. London: The British Library, pp. 41 and 49). 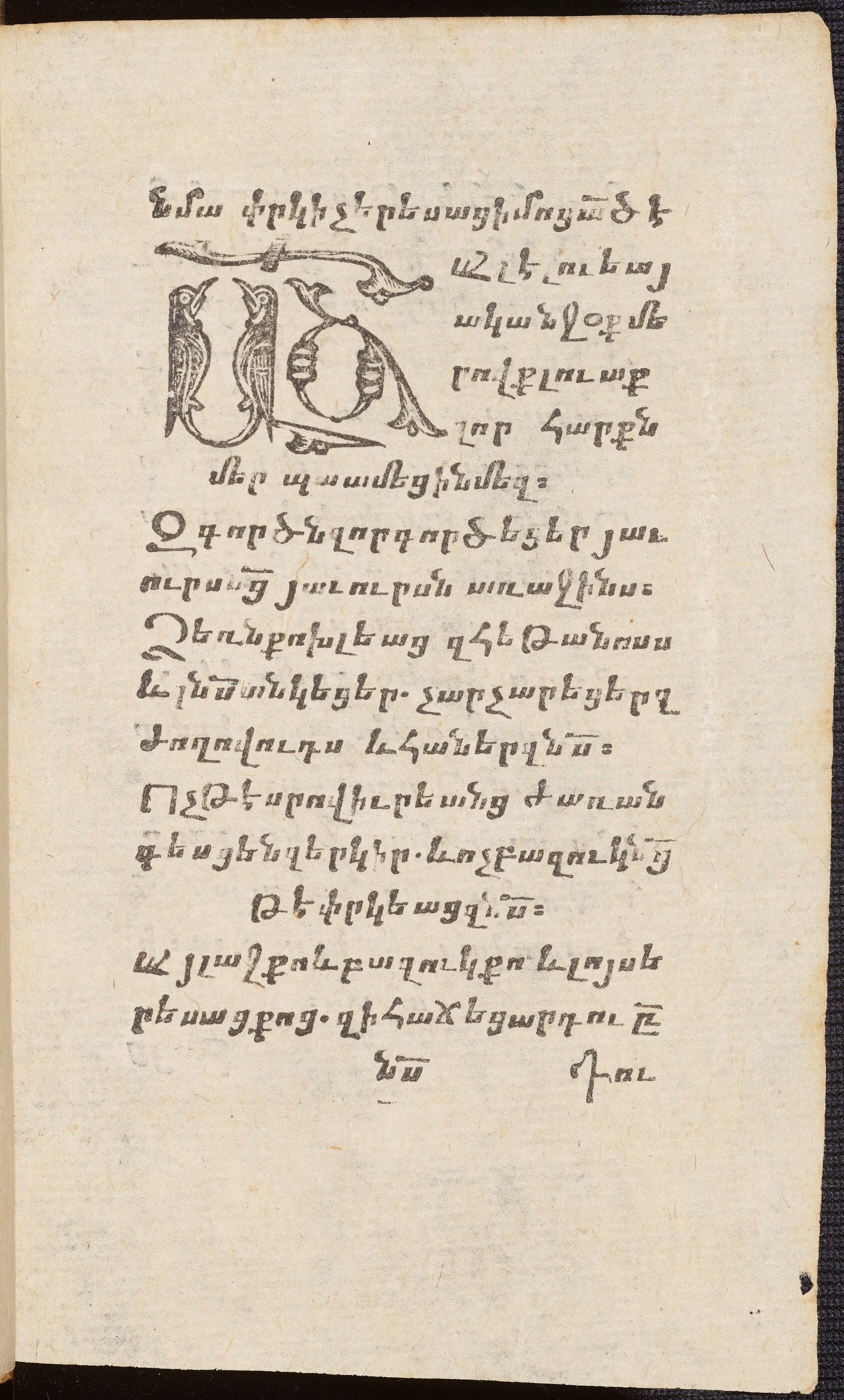 The Bodleian’s digitisation project has created new opportunities for scholars to access several significant sources for the study of rich Armenian heritage. In the future, our team of specialists hope to secure more funding to digitise the remaining Armenian manuscripts and make accessible other hidden treasures for scholars and manuscript enthusiasts around the world.