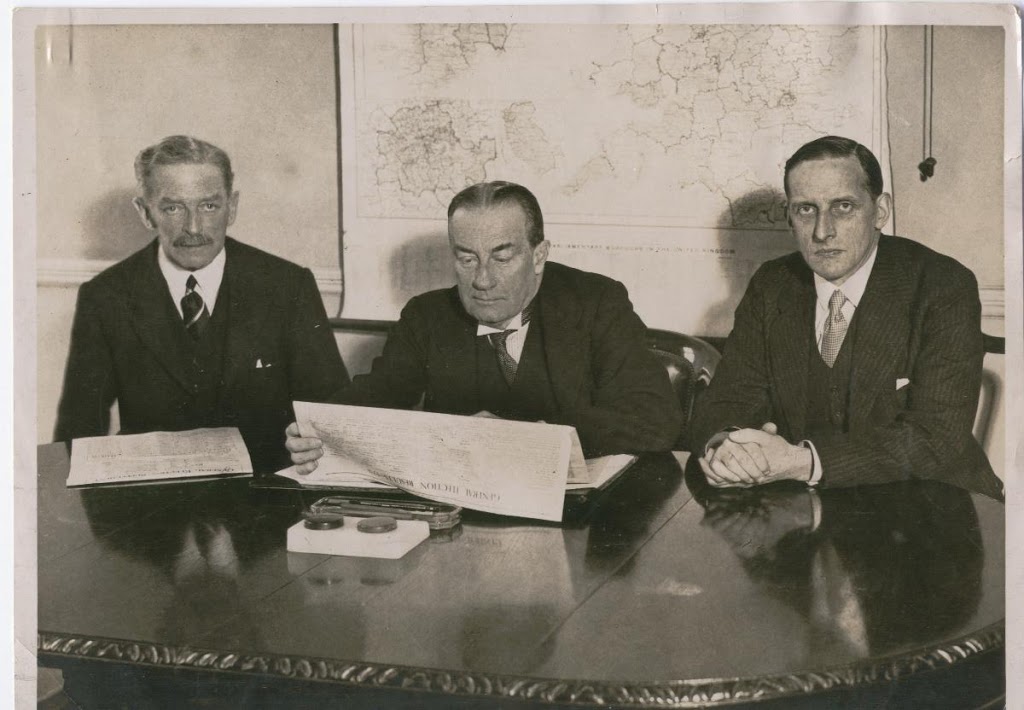 As the nation heads to the polls, we though we’d provide you with a brief look into an Election Day of the past…

We recently uncovered this picture in the Archive; Stanley Baldwin (centre) takes a first look at the newspapers covering the 1931 General Election results. 1931 saw the Conservatives, who carried the popular vote with almost 12 million votes and 473 seats, join an all-party ‘National Government’ under Prime Minister Ramsay MacDonald.

In 1931, Britain was in the throes of the Great Depression, and the ruling Labour government was crumbling under debate over appropriate reactions. The May Report’s confirmation that the budget was unbalanced caused a dangerous dip in consumer confidence, but the Cabinet could not agree on measures to restore faith. Unable to make progress from within Labour, MacDonald met with King George V and the Conservative and Liberal leaders, who agreed to form a coalition government to address the economic crisis, creating a small emergency Cabinet and dividing posts among the parties. MacDonald and the Labour ministers who joined him were expelled from the Labour Party; the Liberal Party also split into various factions over the issue.

After continued debate and economic issues, an election was called in hopes that the public would support the efforts of the coalition. The National Government, bolstered by the Conservatives’ victory in the polls, received a clear majority and Ramsay MacDonald remained Prime Minister, with Baldwin as the de facto second in command.

Those interested in the 1931 election may find this British Film Institute video clip of interest; Baldwin was recruited to make a plea for the National Government (according to the BFI, because he was ‘better suited to film’ than Ramsay MacDonald).