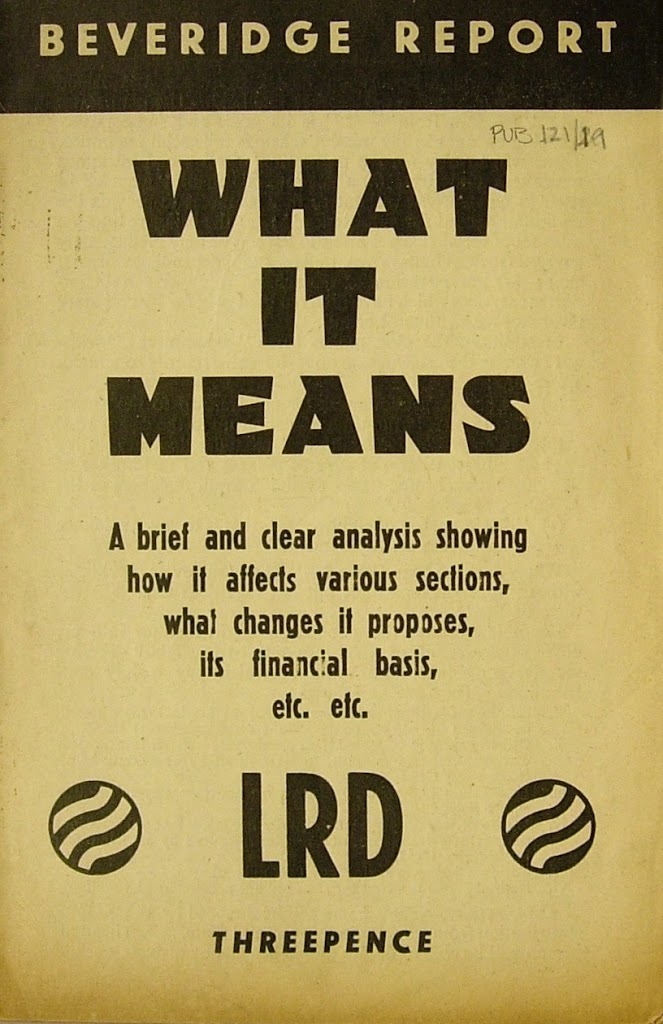 Today marks 50 years since the death of William Beveridge, the British econonomist and social reformer whose Beveridge Report formed the basis of Britain’s welfare state.

We’ve covered Beveridge’s report before on this blog, and we encourage you to take a look at  the full story.

Well, it’s not an even 75 years ago, but 2 December 1942 was a particularly relevant date, especially given the recent political debates over public sector funding. In November 1942, Liberal economist and social activist Sir William Beveridge presented his Beveridge Report – ‘Social Insurance and Allied Services’ – to the coalition Government, changing the face of social welfare forever. Although the Report was not implemented until Clement Attlee and the Labour Party gained power in 1945 (and indeed was not specifically intended to be implemented before the end of WWII), it set out proposals for the National Insurance contribution system as we know it today, as well as various social benefits such as free medical care and paid maternity leave. 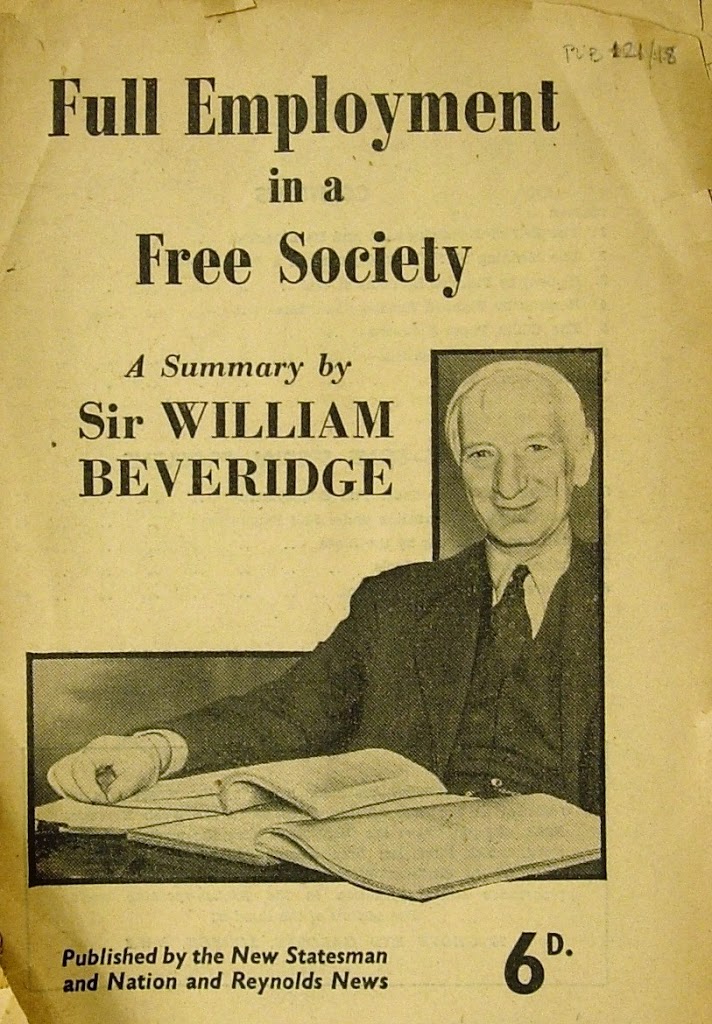 This pamphlet provides a summary to the 400-page book, Full Employment in a Free Society, which Beveridge produced as a sequel to his 1942 Report. [PUB 121/18]

The Report was the result a tremendous effort ‘to undertake, with special reference to the inter-relation of the schemes, a survey of the existing national schemes of social insurance and allied services, including workmen’s compensation and to make recommendations’ (Report, p. 5). Although Beveridge was generally complementary of Britain’s efforts to provide for the poor, he clearly stated, ‘In a system of social security better on the whole than can be found in almost any other country there are serious deficiencies which call for remedy’ (Report, p. 6).

Beveridge’s proposals were radical. He insisted that the war offered a ‘clear field’ and an opportunity to take revolutionary steps. His report suggested that social insurance should be only one part of the United Kingdom’s comprehensive attempt at social policy: ‘Social insurance fully developed may provide income security; it is an attack upon Want. But Want is one only of five giants on the road of reconstruction and in some ways the easiest to attack. The others are Disease, Ignorance, Squalor and Idleness.’ (Report, p. 6) But he also suggested that social support should not ‘stifle incentive, opportunity, responsibility’ and should ‘leave room and encouragement for voluntary action by each individual to provide more than that minimum for himself and his family.’ (Report, pp. 6-7).

The Report was based on extensive research conducted between the two World Wars (the results of these surveys are provided in Report appendices). Beveridge made wide-ranging suggestions, discussing the problems of an increasingly aged population and giving ‘first place in social expenditure to the care of childhood and to the safeguarding of maternity’. (Report, p. 8).

Although there was debate in the House, the Report was publicly released on 2 December 1942. It sold half a million copies, and received rave reviews by in the national papers. The government quickly instituted a Beveridge Report Committee to evaluate the proposals; when the Committee’s analysis was published on 17 December, it admitted that the great publicity the Report had received meant that many assumed ‘that it represents Government policy and is likely to be carried into speedy effect as soon as the war is over’. (CRD 2/28/6, p. 1). Although the Committee’s report urged some caution and expressed concern over various practicalities (especially where it was concerned over stamping out private practice or encouraging private industry), it was generally supportive of the proposals, stating ‘It is our aim as Conservatives to build up a brave, healthy and industrious population devoted to the cause of freedom and alive to the responsibilities which such a cause demands’ (CRD 2/28/6, Note by the Chairman, p. 1).

The National Insurance Act was instituted in 1946, followed by the National Health Service in 1948.

More information on the Beveridge report and on Beveridge himself is available both in Oxford and outside. Nuffield College Library holds a small collection of documents from Beveridge’s visit to America in 1933 and from the International Labour Organization consultation in Montreal in July 1943. The London School of Economics houses many of Beveridge’s papers, both political and personal.