The full catalogue for the Literary Manuscripts of Sarah Caudwell held at the Bodleian Library is now available online via Bodleian Archives & Manuscripts.

Sarah Caudwell was the pseudonym of Sarah Caudwell Cockburn (1939-2000), a barrister who used her in-depth knowledge of property law and tax in her finely-tuned crime fiction novels.

Sarah was born in London in 1939, the daughter of Jean Iris Ross (1911–1973), a journalist and actress thought to be the inspiration behind Christopher Isherwood’s fictional heroine Sally Bowles. Her father, who left Ross three months after Sarah’s birth, was the journalist (Francis) Claud Cockburn (1904–1981).

Sarah studied classics at Aberdeen University before going on to study law at St Anne’s College, Oxford where she successfully campaigned to allow women to become members of the Oxford Union and take part in debates. She had a successful career at the bar before going on to work for Lloyd’s Bank in their trust division which she left only to concentrate more fully on her writing.

Her novels largely centre around the character of Professor Hilary Tamar (an Oxford don whose gender is never revealed to the reader) and a group of young barristers, to whom Tamar acts as a kind of mentor. The four books in the series are written in various locations including Corfu, Venice, Sark, and a fictional English village. The first book in the series was Thus was Adonis Murdered, published in America in 1981. This was followed by The Shortest Way to Hades in 1985. Her next novel, The Sirens Sang of Murder, was published in 1989 and won the 1990 Anthony award for Best Novel. The final book in the series, The Sibyl in Her Grave, was published posthumously in America in 2000. 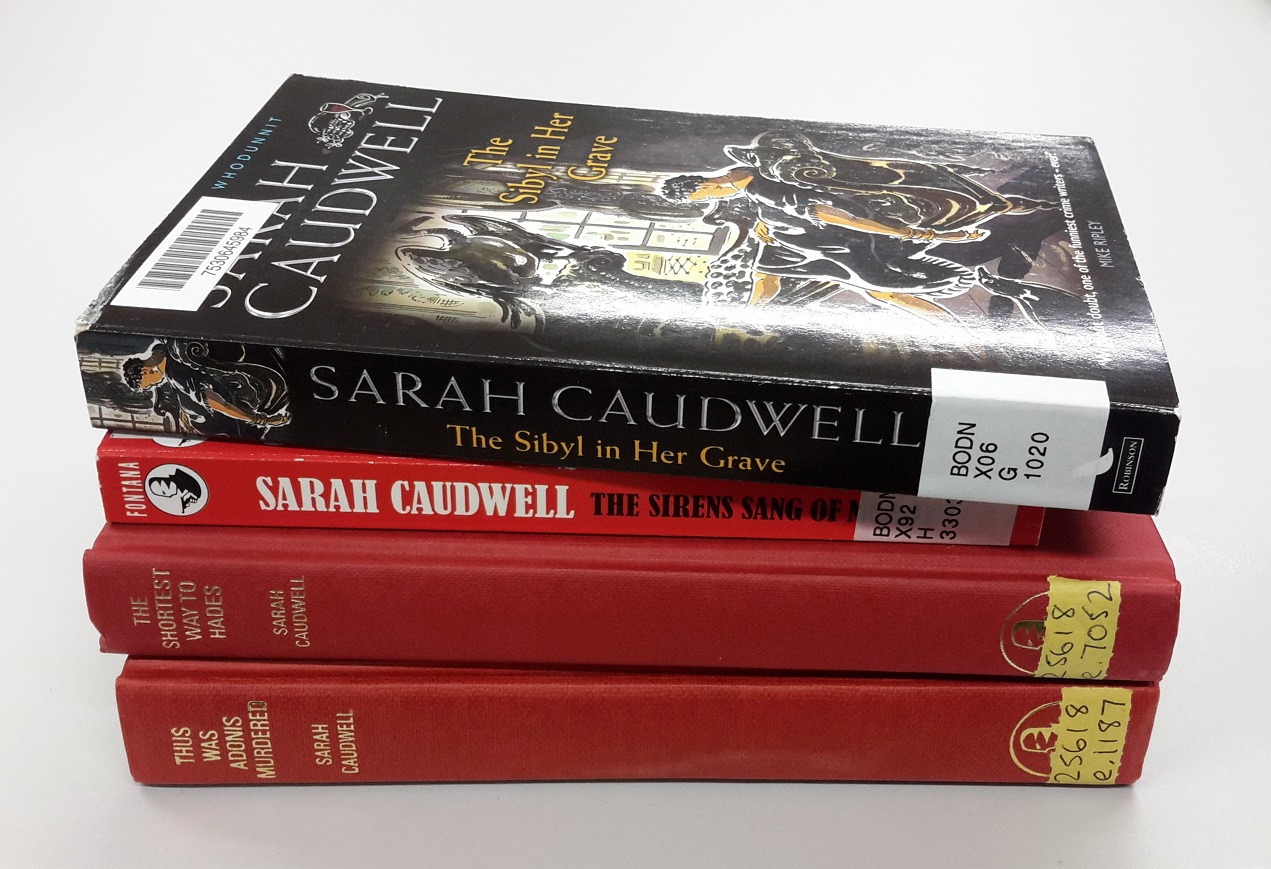 The collection contains around 200 wirebound reporter’s notebooks full of Caudwell’s jottings for her novels (alongside notes for cryptic crossword puzzles), as well as draft printouts of sections from her novels and publisher’s proofs.