‘A Hympne of Thanksgiving, composed by John Roe’ (MS. Eng. c. 7963, fol. 71) has recently been catalogued as part of the current project to incorporate the Bodleian’s music-related manuscripts into the online catalogue. The item contains the text of a previously unknown seventeenth-century hymn. It is in the hand of the herald and antiquary, Sir William Dugdale (1608-1686), many of whose other papers are held by the Library. Dugdale held the title of Chester Herald of Arms in Ordinary from 1644 to 1660. As part of the role, heralds would travel across England to deliver messages on behalf of the monarchy.

An early form of social media!

The hymn celebrates the Battle of Preston (1648), which ended with a victory of the Parliamentarians under the command of Oliver Cromwell over the Royalists and Scots led by the Duke of Hamilton during the English Civil War. John Roe is credited by Dugdale as the ‘composer’; however, his identity cannot be confirmed. 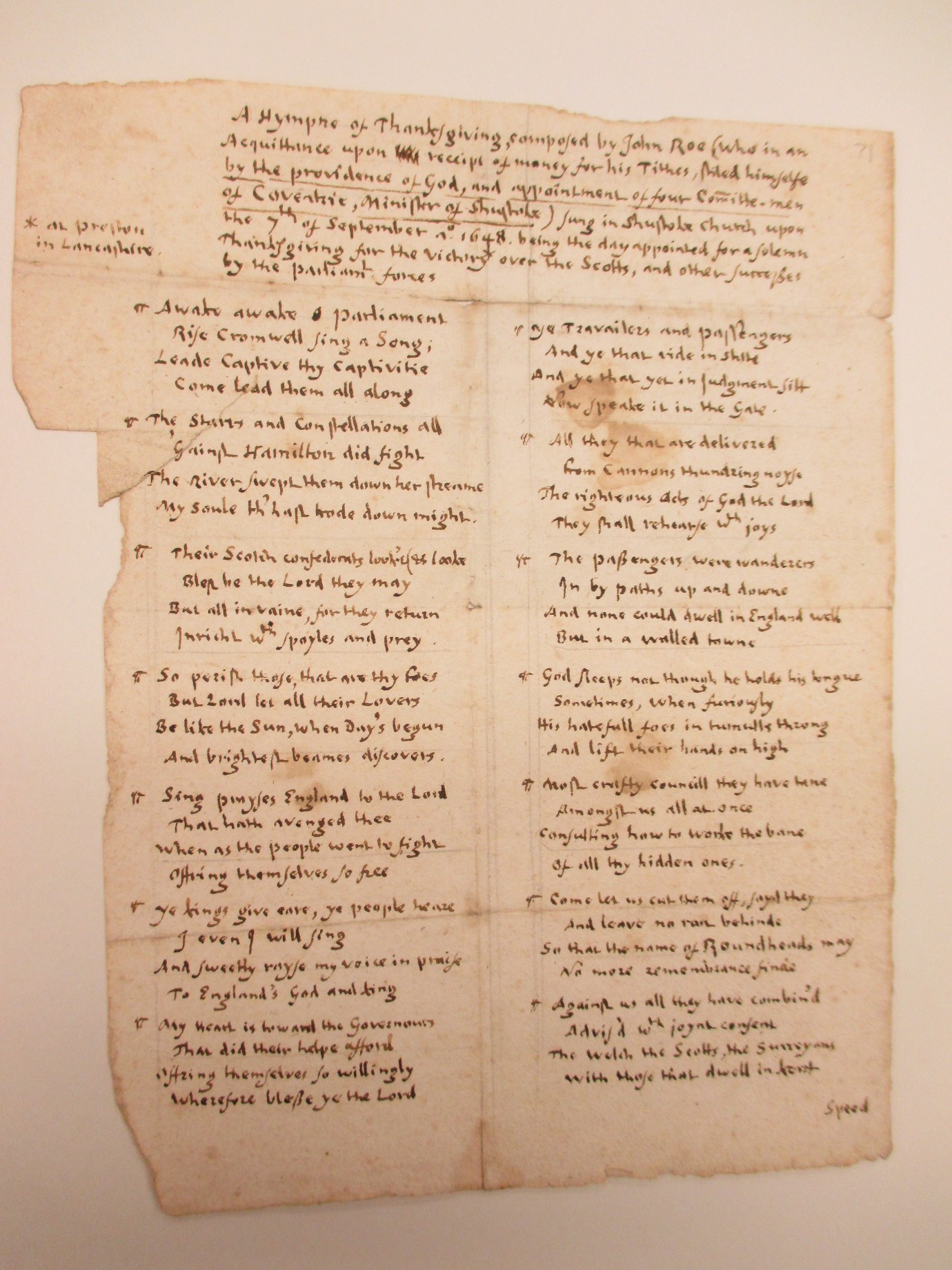 As an Assistant Archivist, I had the opportunity to take part in a Digital Editions Course at the Taylor Institutions Library. This course entailed for the digitisation of a chosen text, and creation of an XML file consisting of a transcription.

In order digitise the text, I had taken the photos using a digital camera and employed the software programme GIMP to ensure high-resolution and quality images. I then used Oxygen Editor to write the XML coding. The image and XML files were uploaded onto ORA data for future use and to provide access for researchers and students without the need to have the physical copy, which after about four hundred years is, unsurprisingly, showing some wear and tear. You can find these at the ORA deposit site here.

Following the convention of diplomatic transcription, I kept the spellings the same as they appear in the text; some of the writing though is illegible. For example, in stanza 6 (shown in the image above) I was unable to transcribe the last word in line 2: ‘‘Ye kings give ease, ye people […] / I even I will sing / And sweetly raise my voice in praise / To England’s God and king.’

Can you read the missing word? Heaze, wave, haze, or something else?

This catalogue is now online. 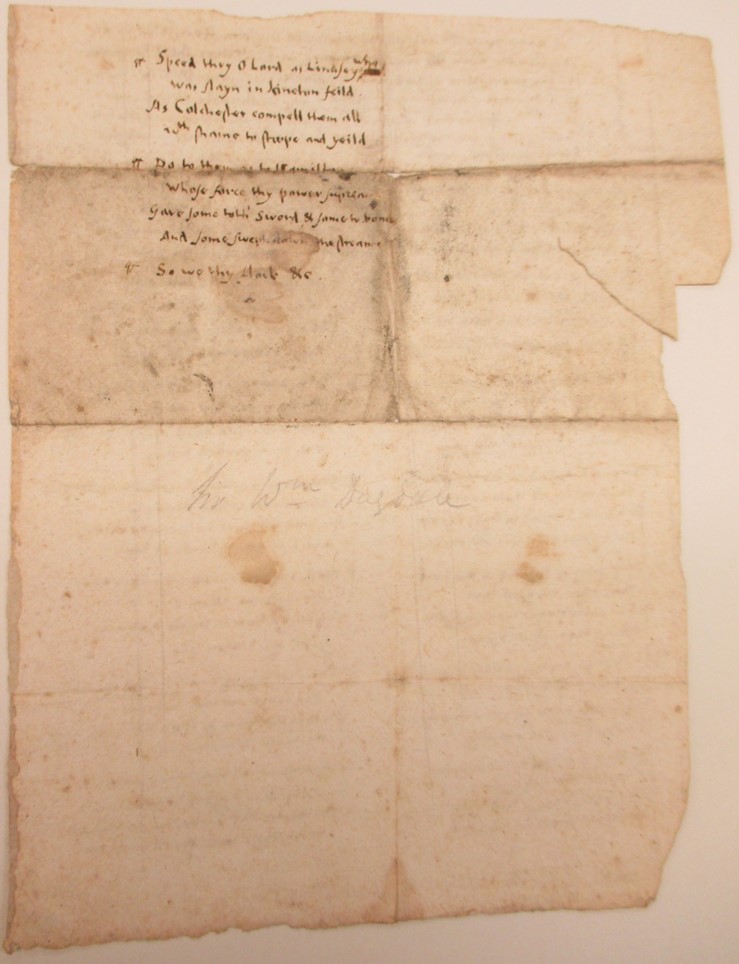 Help us grow our collections

The mental health collection can become a richer resource with your help. You could see your site suggestions preserved in the UK Web Archive by nominating them here.