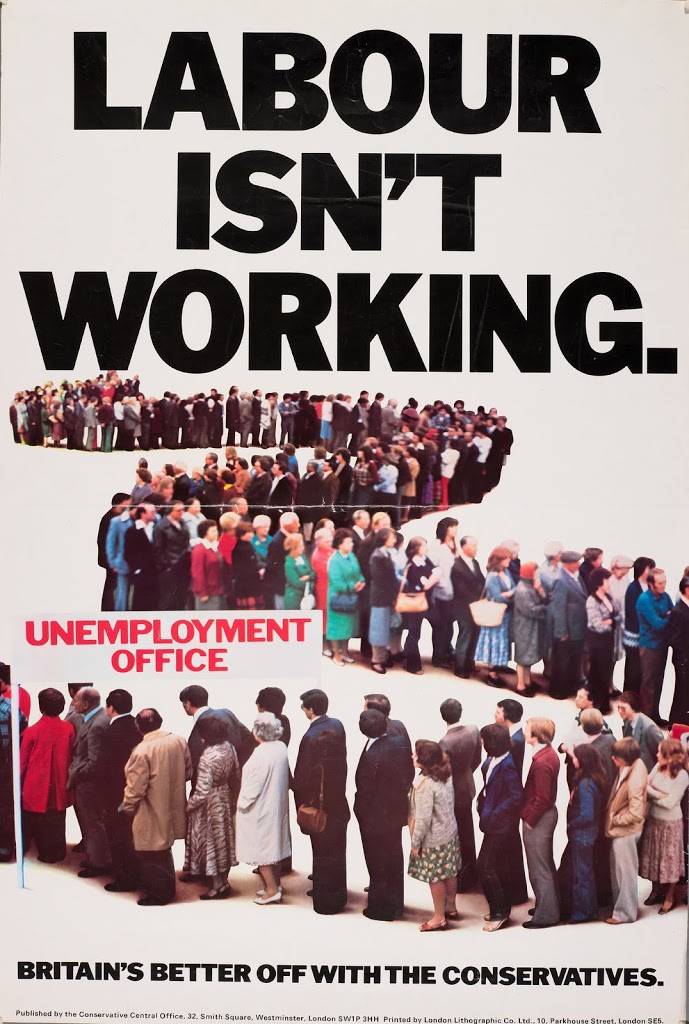 In his forward to Dole Queues and Demons, Maurice Saatchi claims that posters are to politics ‘what poetry is to literature: the only possible words in the only possible order. They should instantly convey the core message in a memorable way. This requires a handful of words, each of which is perfectly chosen, married to an image which reinforces them. When this happens posters can be the single defining medium of a campaign.’ 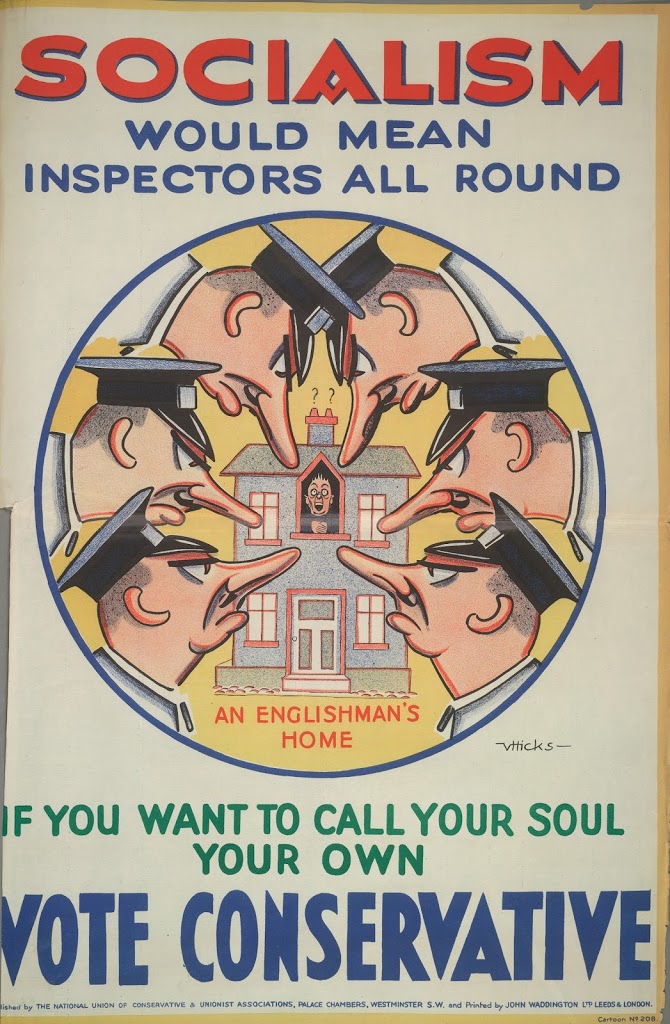 This poster, from 1929, plays on the idea of unpopular government regulators ‘sticking their nose’ into the Englishman’s home

Dole Queues to Demons: British Election Posters from the Conservative Party Archive offers powerful insight into the impact of poster design on a political campaign. From the early Edwardian posters – colourful in both pigment and content – to the pointed posters of Saatchi in the 1980s, many of the political themes have remain the same, but the ways in which they were expressed had the power to make or break campaigns.

Early posters like this one from 1909 often addressed issues like free trade and protectionism (and here, Lloyd George)

Divided into chapters based on political periods, the book offers over 200 examples of posters drawn from the Conservative Party Archive Poster Collection. The images are accompanied by historical background written by Dr Stuart Ball, political historian from the University of Leicester, with a foreword by advertising guru Maurice Saatchi. 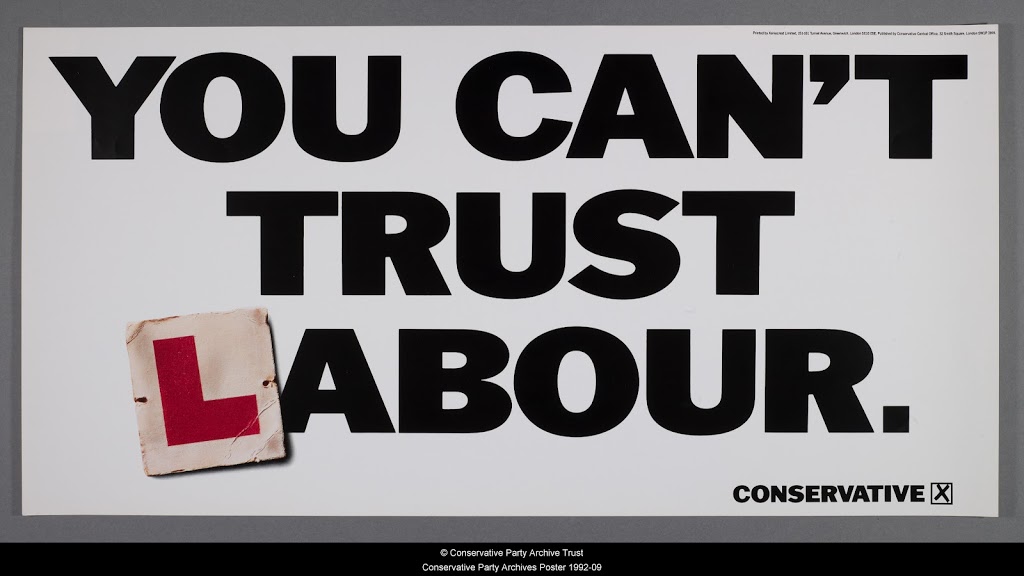 By 1992, Saatchi & Saatchi’s simple and bold posters had become the Party norm. Here, an ‘L’ plate hinted at what the Conservative’s believed to be Labour’s inexperience

The book will be available from the Conservative Party Archive stand at the Party Conference next month (stalls P10 & P11 – Hall 3 in the Party Zone) as well as from the Blackwell’s Bookshop stand. 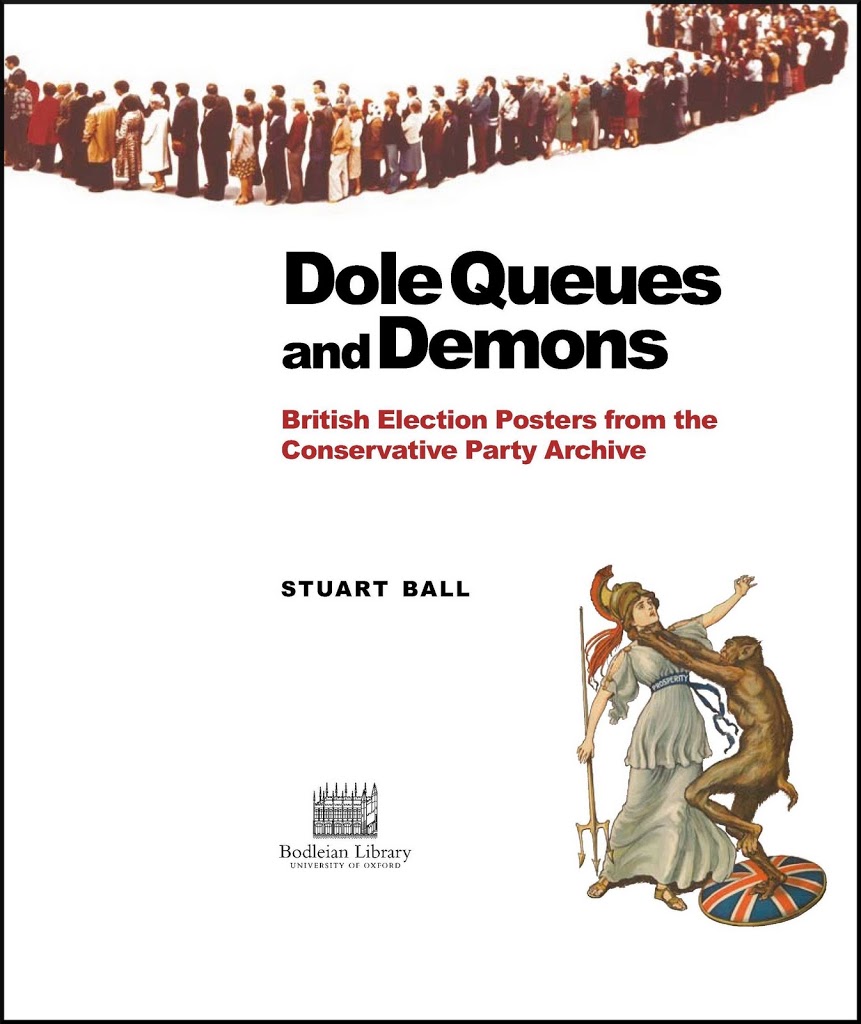 David Cameron offered praise for the Conservative Party Archive’s recent publication Dole Queues and Demons: British Election Posters from the Conservative Party Archive. The book brings together nearly 200 election posters from the Archive’s vast collection; the posters are accompanied by commentary from Dr Stuart Ball of the University of Leicester.

‘It’s a wonderful book and very good of you to have thought to send it to me.

I thoroughly enjoyed looking through it. It’s fascinating to see how political imagery has changed so much over the years, while so many of the themes – family aspiration, strong nation, good leadership – have remained the same.’

The book is available through Bodleian Library Publishing and through all major retailers. For the full story, see the This Is Leicestershire. The Conservative Party Archive Poster Collection is available at no cost on the CPA website. 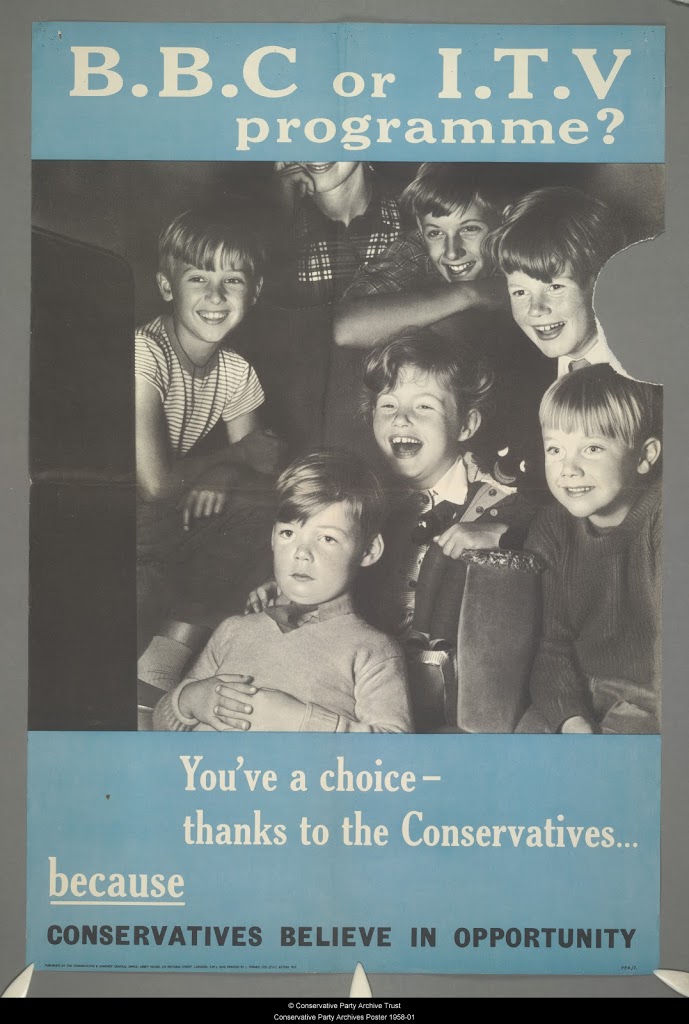 Dole Queues and Demons: British Election Posters from the Conservative Party Archive was featured in a brief Huffington Post piece and slideshow on ‘The Art of Elections’. It offers a sneak peek into a few of the posters we included in the book, which is now available through the Bodleian Library Bookshop as well as other major retailers.

Just in time for the Conservative Party Conference (and early Christmas shopping):

Published 3 November 2011; see a preview copy and place your order at the Conservative Party Archive stand at the Party Conference, 2-5 October.

Divided into chapters along political periods, the book highlights the changing fashions in and attitudes to advertising, political ideology, slogans, combativeness and above all, propriety. Each chapter includes a brief introduction discussing the major themes of the period as well as captions explaining specific issues related to the individual posters.

Lavishly illustrated, Dole Queues to Demons gives a fascinating insight into the issues and strategies of the Conservative Party throughout the twentieth century, and up to the present day. A foreword by advertising guru Maurice Saatchi discusses the posters from a communication and design perspective. This book will fascinate anyone interested in social and political history and modern communications. Published at a time when the advent of new media threatens to herald the end of traditional forms of mass communication, this book takes a timely retrospective look at this enduring feature of the British electoral landscape.