In April of 2015, the Trustees of the Simon Digby Memorial Trust deposited a large collection of Oriental Manuscripts belonging to the Late Simon Digby (1932-2010) with the Special Collections Department of the Bodleian Libraries. Almost a year later, the collection was officially donated to the Library.

Mr. Simon Digby, a descendent of Sir Kenelm Digby (d. 1665), whose Western and Oriental manuscript collection the Bodleian Library also holds, was a Fellow of Wolfson College, and a scholar, linguist, translator, and collector. He was Assistant Keeper of Eastern Art at the Ashmolean Museum from 1972. Above all a lover of India, Mr. Digby spent a great deal of time in that country (indeed, he was born and died there). However, the bulk of his collection was amassed in Britain at the auctions of manuscripts from the collections of Thomas Phillipps of Middle Hall (d. 1872); Sir Richard Burn, KCIE, ICS (d. 1947); A. H. Harley (d. 1951); and others. 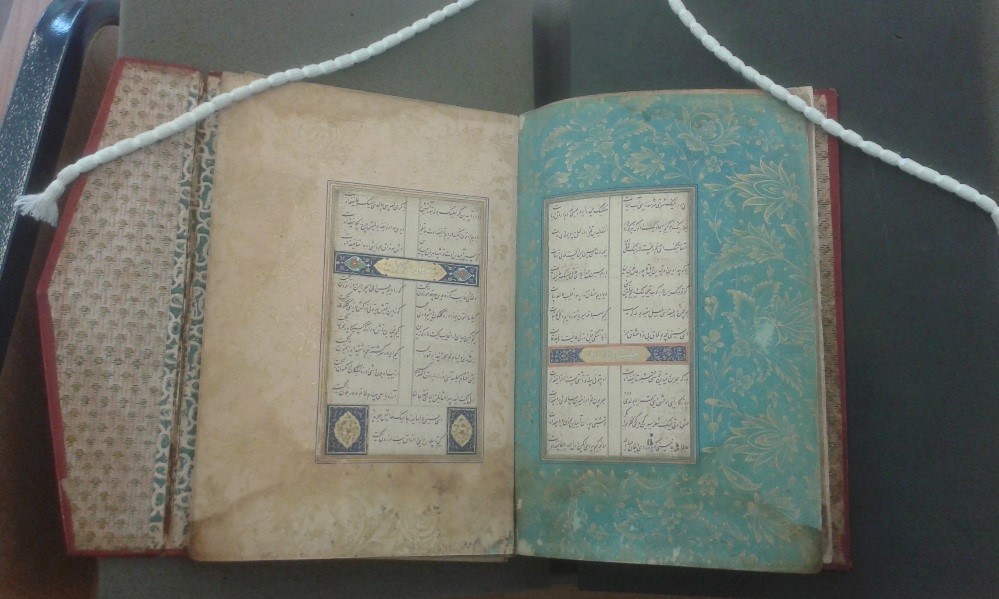 MS. S. Digby Or. 210 – A 15th-century illuminated manuscript of poetry from Herat in Afghanistan.

The Simon Digby Oriental Collection consists of over 260 manuscripts the majority of which are in Persian, with a handful in languages such as Arabic, Urdu, Turkish, and some in Indian languages including Sanskrit and Gujarati. The collection contains important and rare works in the fields of Indian history, biographies of Sufi Saints, and biographies and poetry of the Persian Poets of the Sabk-i Hindī or Indian Style.

Upon arrival in the Library in April 2015, the entire collection was sent to a specialist conservation laboratory for thorough drying and cleaning. When the books returned, some months later, staff in the Oriental Department began work assigning new shelfmarks, making observations on the general condition of each book and measuring each volume for a custom made archival box. Certain items were also flagged up for extra care from the conservation department of the Library. 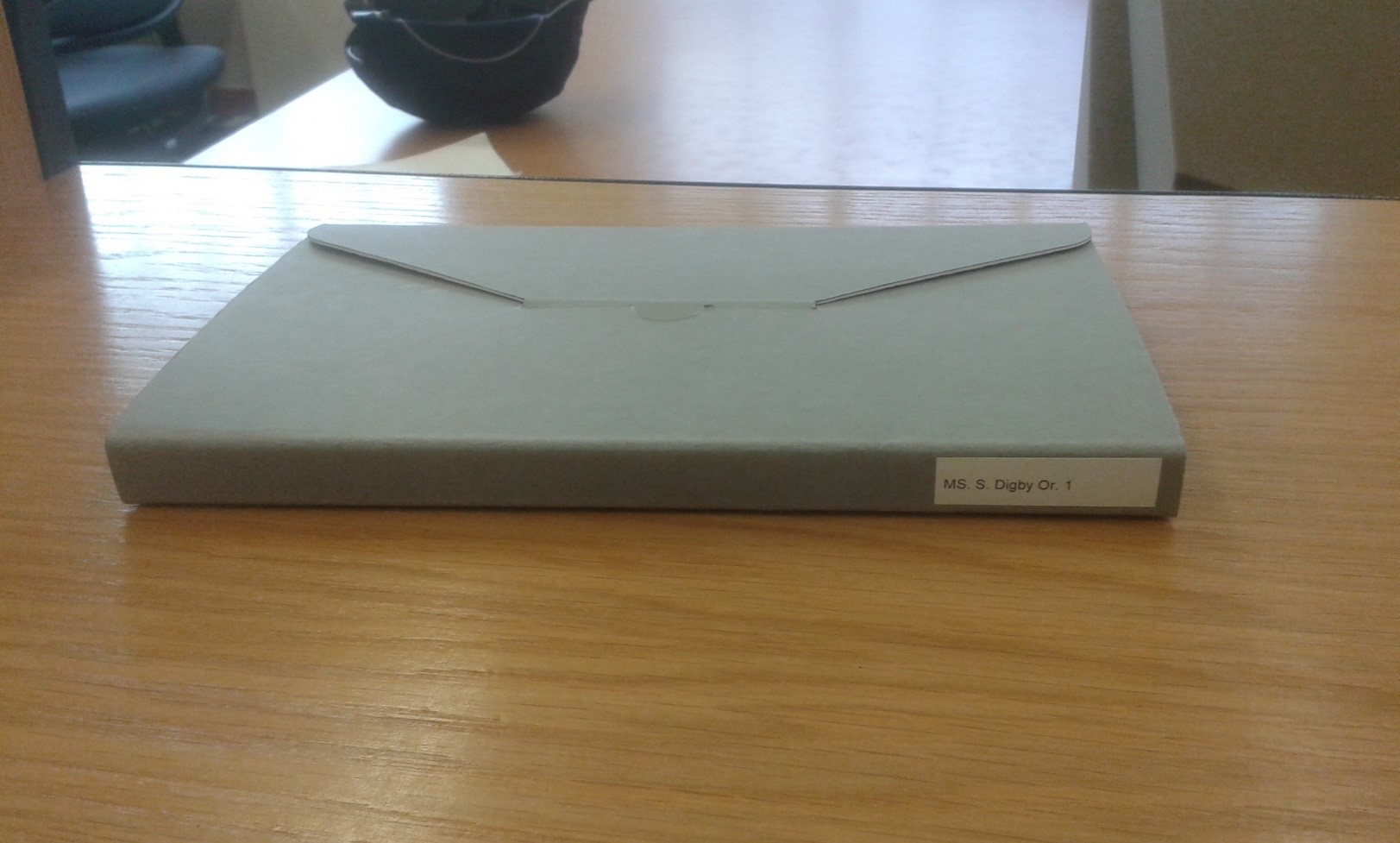 Each manuscript is housed in its own custom-made archival box.

At the same time, work began on cataloguing the collection for which Mr. Digby’s extensive notes and handlist proved very useful. These notes together with information obtained through examination of the volumes were converted into online catalogue records in the Fihrist database – a UK based union catalogue of manuscripts from the Islamic world. Browse the S. Digby Oriental Collection on the Fihrist Database [work-in-progress]. To date, 168 entries appear on Fihrist, and work is currently underway to catalogue from scratch the remaining works for which no notes exist.

Speaking about the Library’s acquisition of the S. Digby Collection, Bahari Curator of Persian Collections at the Bodleian Libraries, Alasdair Watson, said, “Mr. Digby was, perhaps, one of the last of the true ‘gentleman collectors’, and his collection is substantial both in terms of numbers of items as well as richness of content. Acquiring a collection such as this is a really once-in-a-lifetime experience for any library curator and it is a great privilege to be involved in its long-term preservation and care as well as in helping to make it available for scholarly study.”