The online catalogue of the Archive of Archibald Clark Kerr, Lord Inverchapel, is now available.

Archibald John Kerr Clark was born 17 March 1882 near Sydney, Australia, the son of John Kerr Clark (1838-1910), a sheep station owner originally from Lanarkshire, Scotland, and his wife Kate Louisa (1846-1926), daughter of Sir John Robertson, prime minister of New South Wales. In 1889, the family moved to England, though John Kerr Clark later returned to Australia.
Kerr Clark was educated at Bath College, and in France, Germany, Spain and Italy, where he studied languages. In March 1906 he passed the entrance examination for the diplomatic service and started working at the Foreign Office in London.  After adopting Kerr as an additional surname in 1911, he became known as Archibald (or Archie, to his friends and colleagues) Clark Kerr. 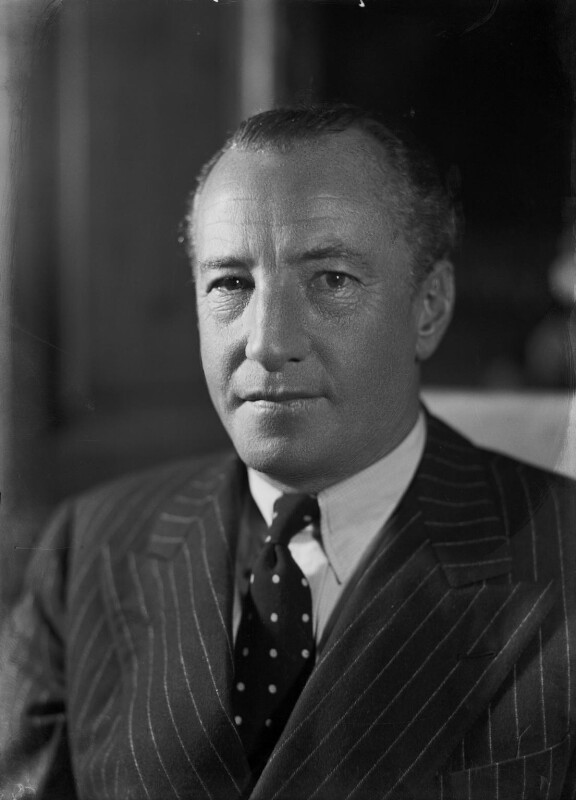 A senior British Diplomat, he attended many of the Allied wartime conferences, including the ‘Big Three’ conferences in Teheran, Yalta and Potsdam. He worked with the  Allied Commission to Romania in 1945/46, and in Spring 1946 was sent on a special mission to Java as a mediator in the tensions between the Dutch government and the Indonesian nationalists.
From 1946 Clark Kerr, now elevated to Peerage as Baron Inverchapel, served as British Ambassador in Washington. In March 1948, he retired from the diplomatic service, but was almost immediately appointed to the new committee on European unity, for which he worked until 1949. He died at Greenock 5 July 1951, and was buried at the Inverchapel Estate near Loch Eck in Scotland. 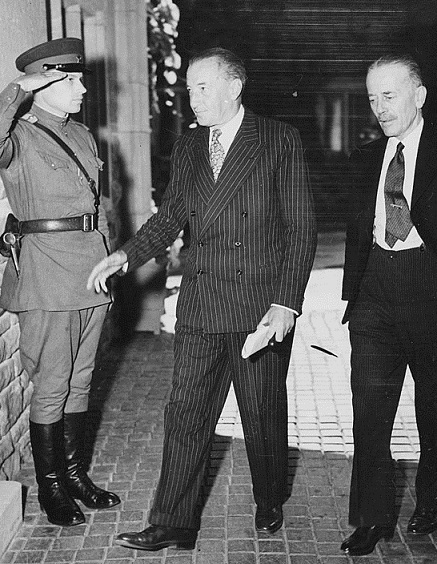 Clark Kerr’s archive comprises his personal papers and correspondence, alongside material relating to his career as a diplomat, from the 1900s to the 1940s. Family papers and correspondence, dating back to the 1850s, document the family history, his parents’ lives in Australia, and Clark Kerr’s connections to family members, especially his close relationships to his mother and to his sister Muriel.
Often, the private and the public overlap: for example, in the many letters exchanged between Clark Kerr and his mother. They corresponded at least twice a week, sometimes daily, and together with personal and family news, they exchanged newspaper clippings and extensively commented on society, culture, politics and international relations in the 1900s, 1910s and early 1920s.
Similarly, Clark Kerr’s correspondence with colleagues and friends, such as Harold Nicolson, Vita Sackville-West, Eustace Percy, Alice Drummond-Hay, Robert Boothby and  Gerald Villiers, and with British and foreign aristocrats, such as the German Kaiser’s sister, Sophie Duchess of Sparta (later Queen Consort of Constantine I of Greece) and Elizabeth Bowes-Lyon (later Queen Consort of Georg VI and Queen Mother), paints a vivid picture not only of personal contacts and relationships, but also of the times and social circles the correspondents were living in.

Also available is the online catalogue of the working papers of Clark Kerr’s biographer Donald Gillies, who published Radical Diplomat: The Life of Sir Archibald Clark Kerr, Lord Inverchapel, 1882-1951 in 1998.